Karen Elson Talks About Her Divorce With Ex-Hubby Jack White 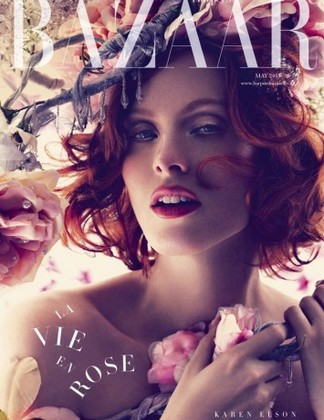 In the May issue of Harper’s Bazaar UK, covergirl Karen Elson opens up about her 2011 split with musician Jack White, who she was married to for six years and has two kids with. “It’s awful. I’m not saying it isn’t,” said the 34-year-old model. “There were times when Jack and I felt, ‘What is happening here?’ It was emotional. But it’s one of those moments in your life when you realise that you are a grown-up…it’s not like splitting up with your boyfriend in your twenties. You’re breaking up with a whole life.” Elson goes on to explain their relationship, post-divorce. “At the end of the day, Jack is always going to be in my life, and I in his,” said Elson. “Like Meg [White Stripes drummer and Jack White’s first wife] has always been in Jack’s. I adore Meg. But, of course, being close can create problems for others. It’s not particularly easy for the new people who want to go out with us to know that we are still good friends.” The latest issue, with cover shot by Alexi Lubomirski, will grace newsstands on April 4.

Look of The Daily: Olga Kurylenko in Elie Saab