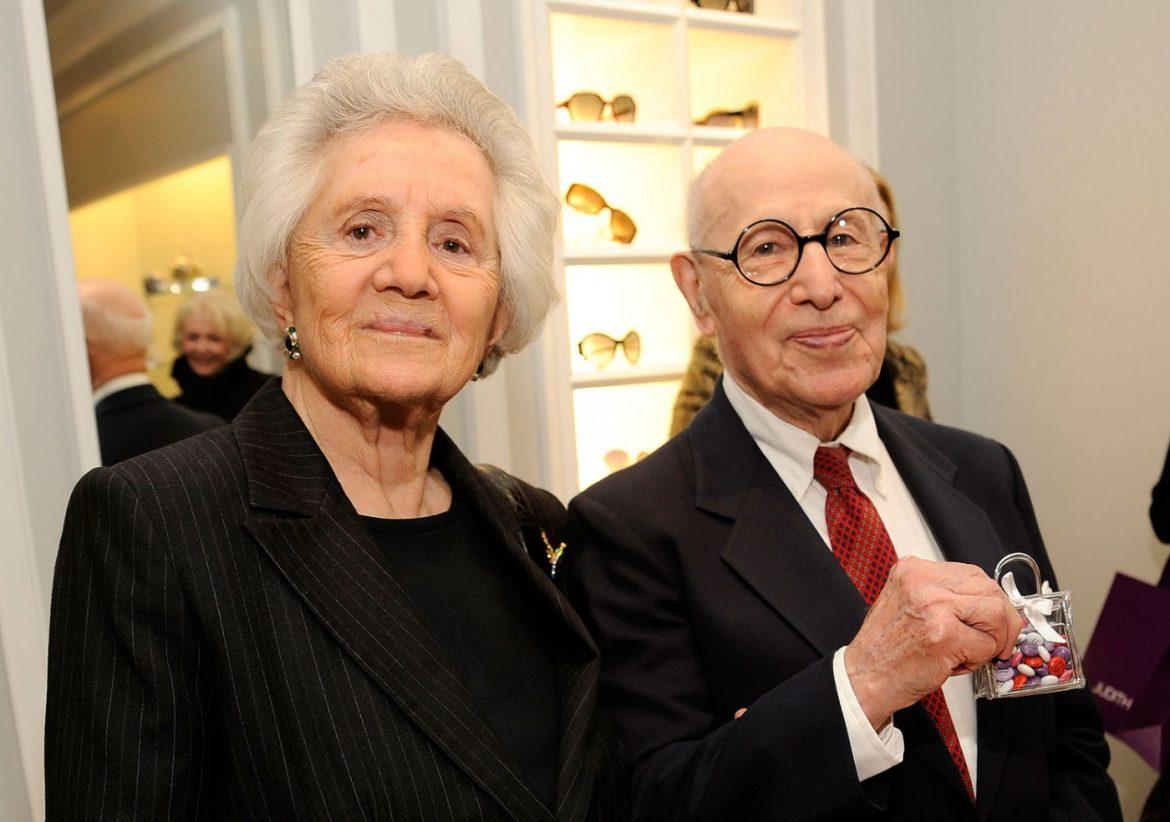 Both Judith Leiber and her artist husband Gerson Leiber died on Saturday in their East Hampton home. The legendary handbag designer passed away just hours after her husband of 72 years. They were both 97.

Ms. Leiber was born in Budapest, Hungary and founded her handbag company in 1963, soon developing a signature look. She became known for crystal-encrusted minaudières, often whimsically shaped to resemble animals or even food such as a sparkly ladybug or a bejeweled cupcake. Leiber’s eveningwear bags straddled between l’objet d’art and functional purse. The couple opened the Leiber Museum on their East Hampton property in 2005, where they displayed a selection of Ms. Leiber’s handbags as well as some of Mr. Leiber’s art. Mr. Leiber’s paintings and drawings are housed at the Metropolitan Museum of Art and the Smithsonian. Ms. Leiber’s minaudières were favored by celebrities and First Ladies with Mamie Eisenhower, Barbara Bush, and Hillary Clinton all carrying one of her creations during their tenure in the White House.  Ms. Leiber sold her company in 1993 and retired from designing five years later at the age of 77.

In an interview with the East End’s local paper The Independent last year, Ms. Leiber said of her husband, “We were very lucky we met each other. That was 71 years ago.” Mr. Leiber, who friends called Gus, added: “When I saw her, I knew that this was my destiny.”

Judith Leiber Exhibit to Launch at the...