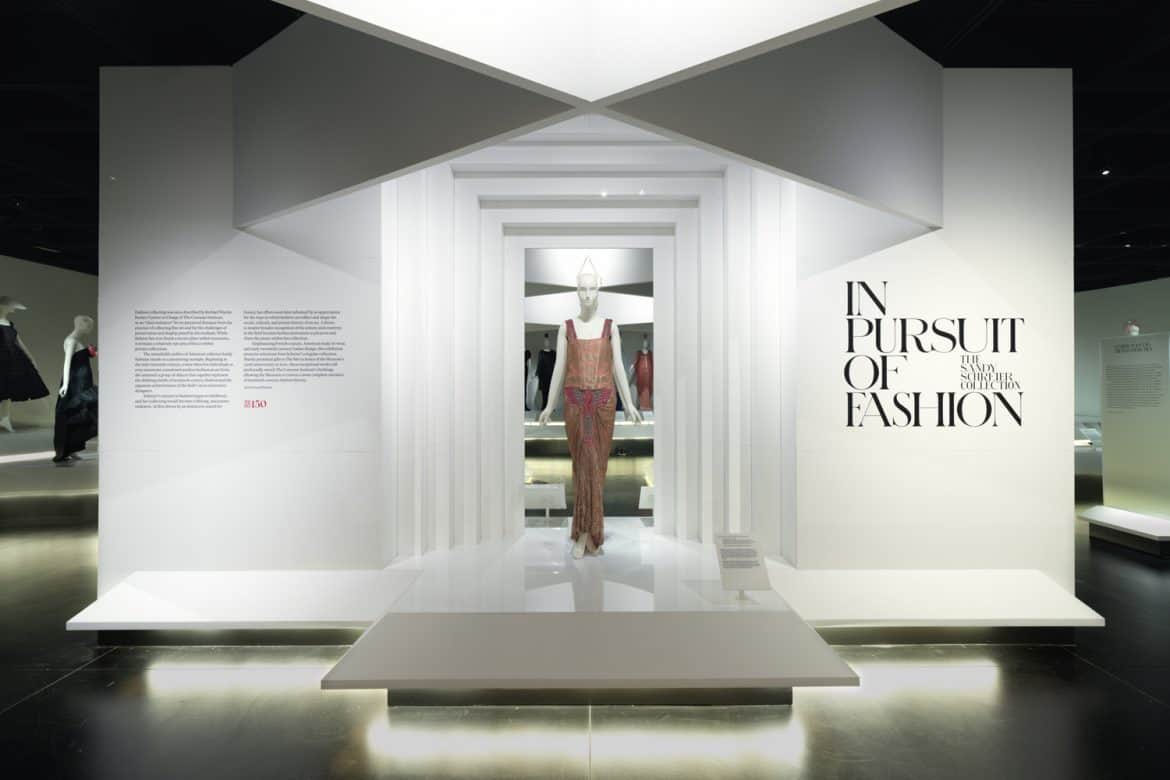 (The Metropolitan Museum of Art)

Celebrated milliner Stephen Jones has worked with everyone from Thom Browne to Dior. But he’s not just fashion’s go-to hat guy, he’s also the man the Met’s Costume Institute turns to for custom designs for its exhibits. The Daily recently caught up with Jones at the museum’s latest show, In Pursuit of Fashion: The Sandy Schreier Collection.

What is different about working for a museum than working for a fashion client?
Well, hopefully the mannequins don’t move around! Actually, there are more similarities than there are differences. You have to understand the concept and listen to the brief. And find out about all those different clothes, the mood of it. Because what I never want to do is make a fake hat. What I’m doing here is making something which is about display and the clothes which are being displayed. I’m trying to link the two things together. In a way it’s very different. But certainly the ups and the downs. Are we getting approval? Did the hat work out? Is it difficult to make? Did it break? Does it look good? Those things are all the same.

When did you first meet Sandy?
I actually visited her house with Hamish Bowles for American Vogue — about five years ago. I did a talk in Detroit at the DIA. 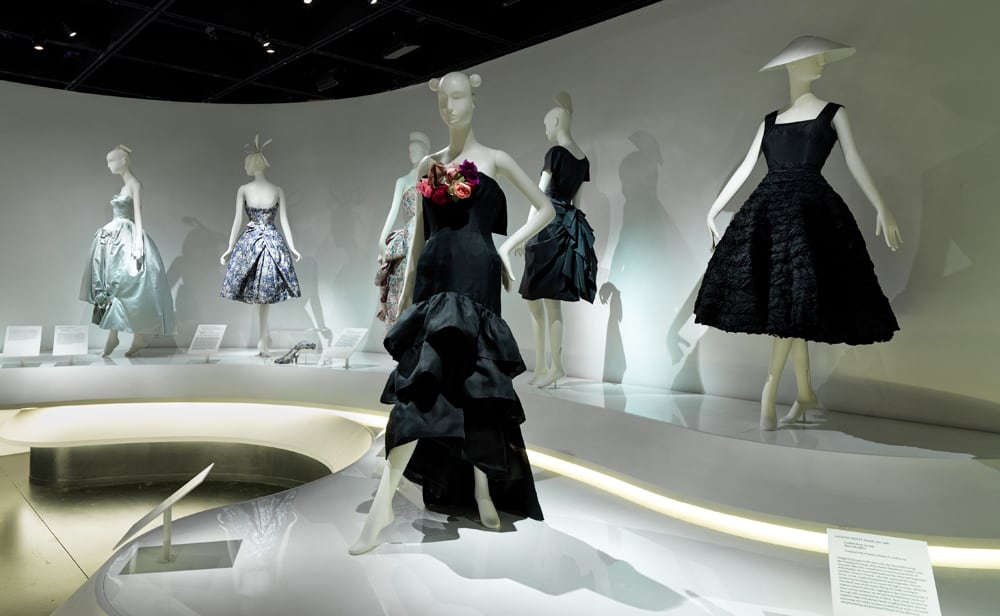 This exhibit spans many decades and many different designers. How did you attack it?
Each theme was very, very different. For example, in the first scene, which is 20th century couture, they were evening dresses. [Back then] women were not wearing hats with evening dresses. Sometimes they were. So I looked back at the hairstyles of the period and thought, how could I evoke the silhouette? The second group, which is Fortuny and Gallenga, I found a picture of Forutny wearing a turban. I thought, what could I put on their heads? Because so often they did not wear hats. I didn’t want to make turbans. No, that would have been ridiculous. So I thought, well, what were they thinking about their clothes? That’s why I gave them bubbles on the top of their heads. And they have little turbans inside which are in matching fabrics. 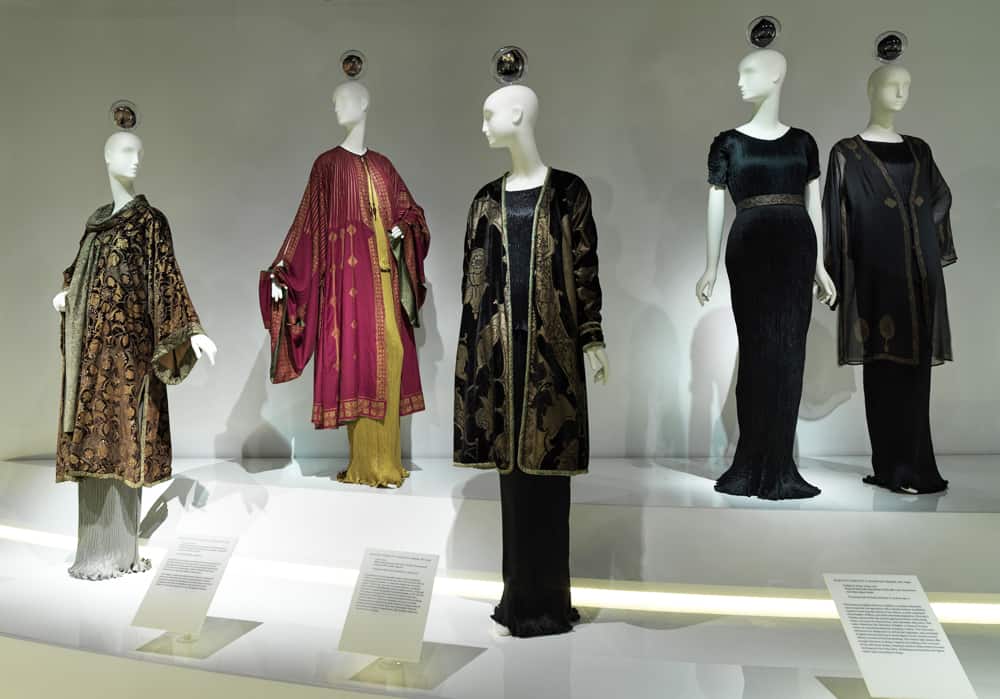 Fortuny and Gallenga pieces (The Metropolitan Museum of Art)

Interesting…
The third group [of inter-war era couture] are very much the sorts of dresses that would have worn with different flowers. Very much in that period people would have been tucking an orchid behind their ear or whatever. So these are all different flowers. For example, this is a garland. Then there’s some Anemone because it’s the same as the motif [on the dress]. There’s wisteria, and tobacco flowers — because they have a very geometric petal which is very similar to the geometric embroidery for the dress. 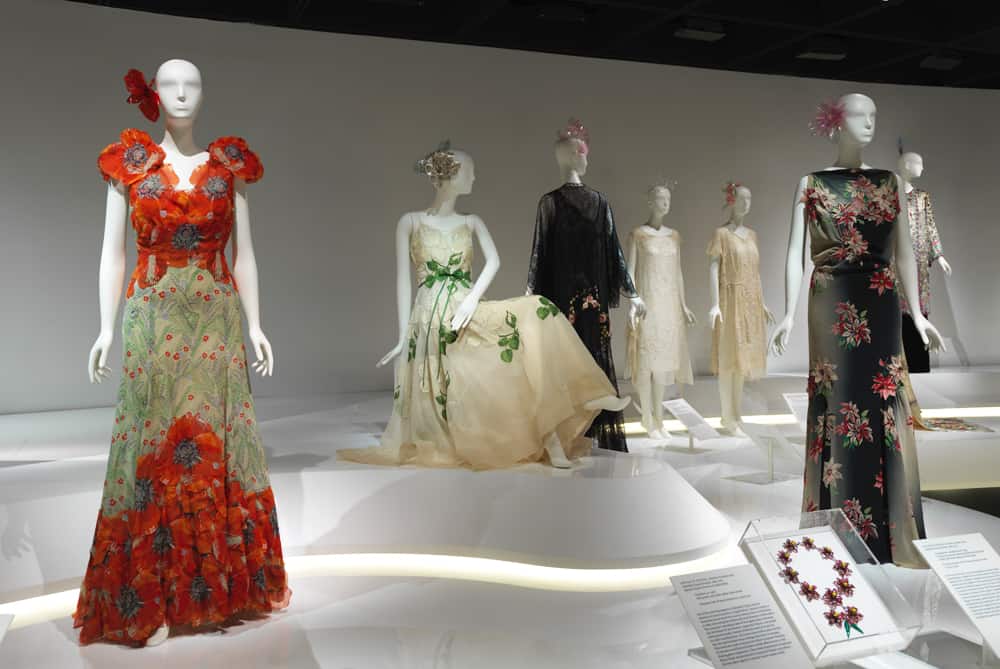 Tell me about the last room, which features somewhat more modern pieces.
Those are about the very specific people who wore those clothes. So to go with the Rudi Gernreich, I made a wig Peggy Moffat, his muse, would have worn. I did Zandra Rhodes’ hairdo. I did [model] Teri Toye’s hairdo, and she’s wearing a Stephen Sprouse. Each one this time was very different. But most of them are made from very modern materials like plastics and resins. Because I didn’t want to emulate the softness and the prettiness of the clothes which are being displayed, but more the location where we are now, and something which is more sort of museum-ish. 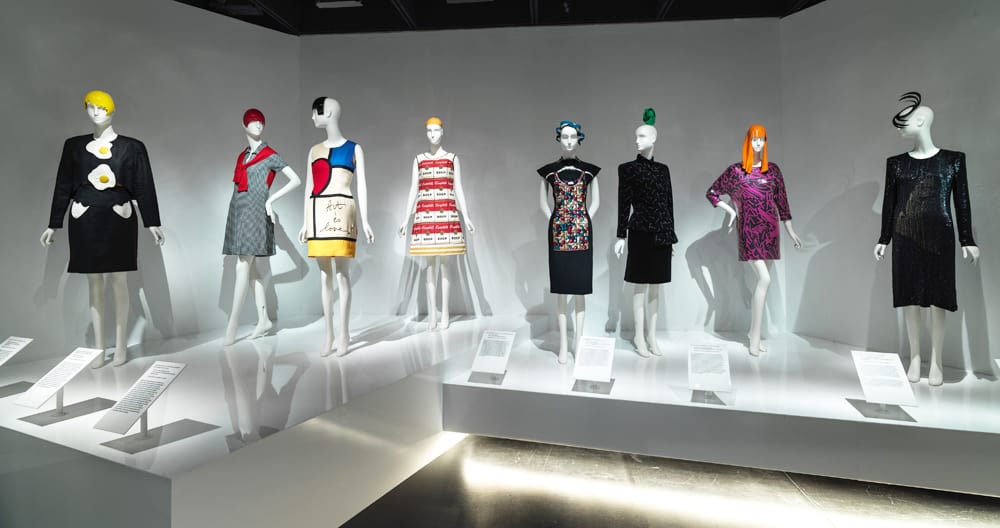 Everything is so whimsical — what kinds of things amuse you?
Life! Well, it’s better to laugh than cry. It’s just a choice.