Inside the Met’s Latest Fashion Extravaganza, Camp: Notes On Fashion 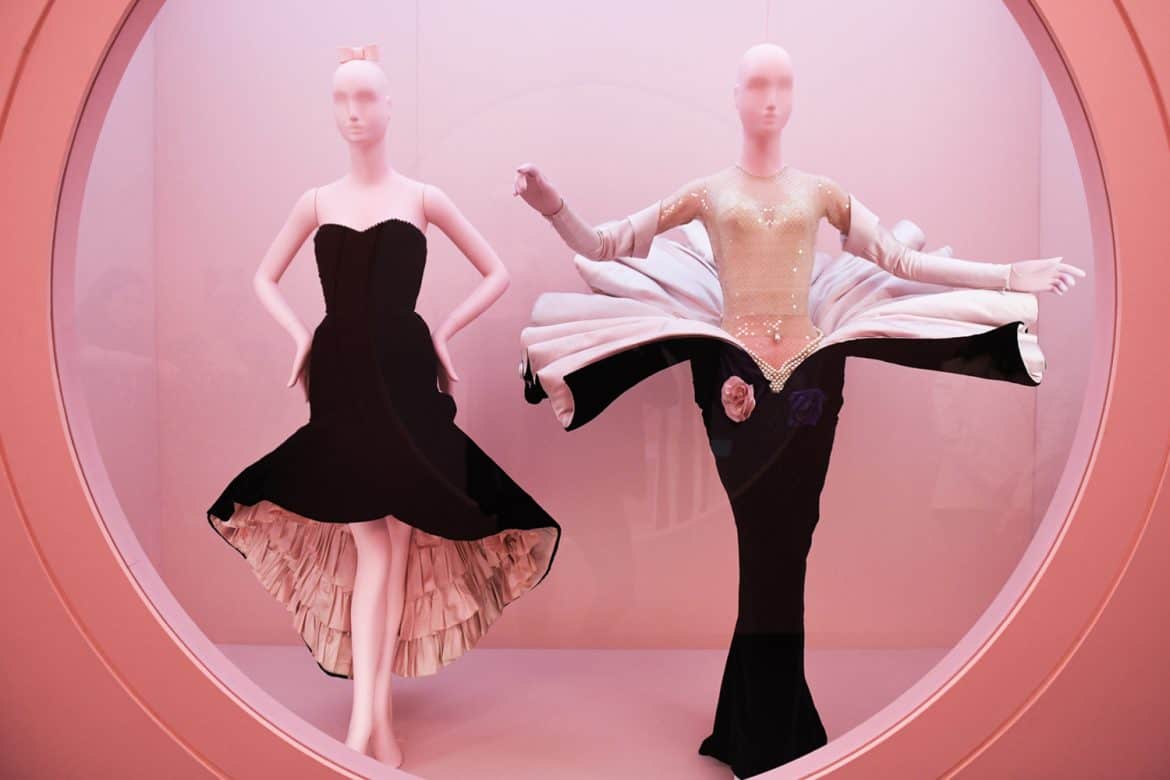 According to curator Andrew Bolton, attempting to define “camp” is exceedingly difficult. But he and the team at the Met’s Costume Institute have tried to do it anyway. The museum’s latest landmark exhibit, Camp: Notes on Fashion, opens Thursday, but press got a sneak peek this morning. The show features 250 items, ranging from the royal court of Louis XIV to fashion week last February. But this doesn’t mean the theme is limited to fashion — art and everyday objects are included as well. The point being that camp is not just a way of dressing, but a complete aesthetic. 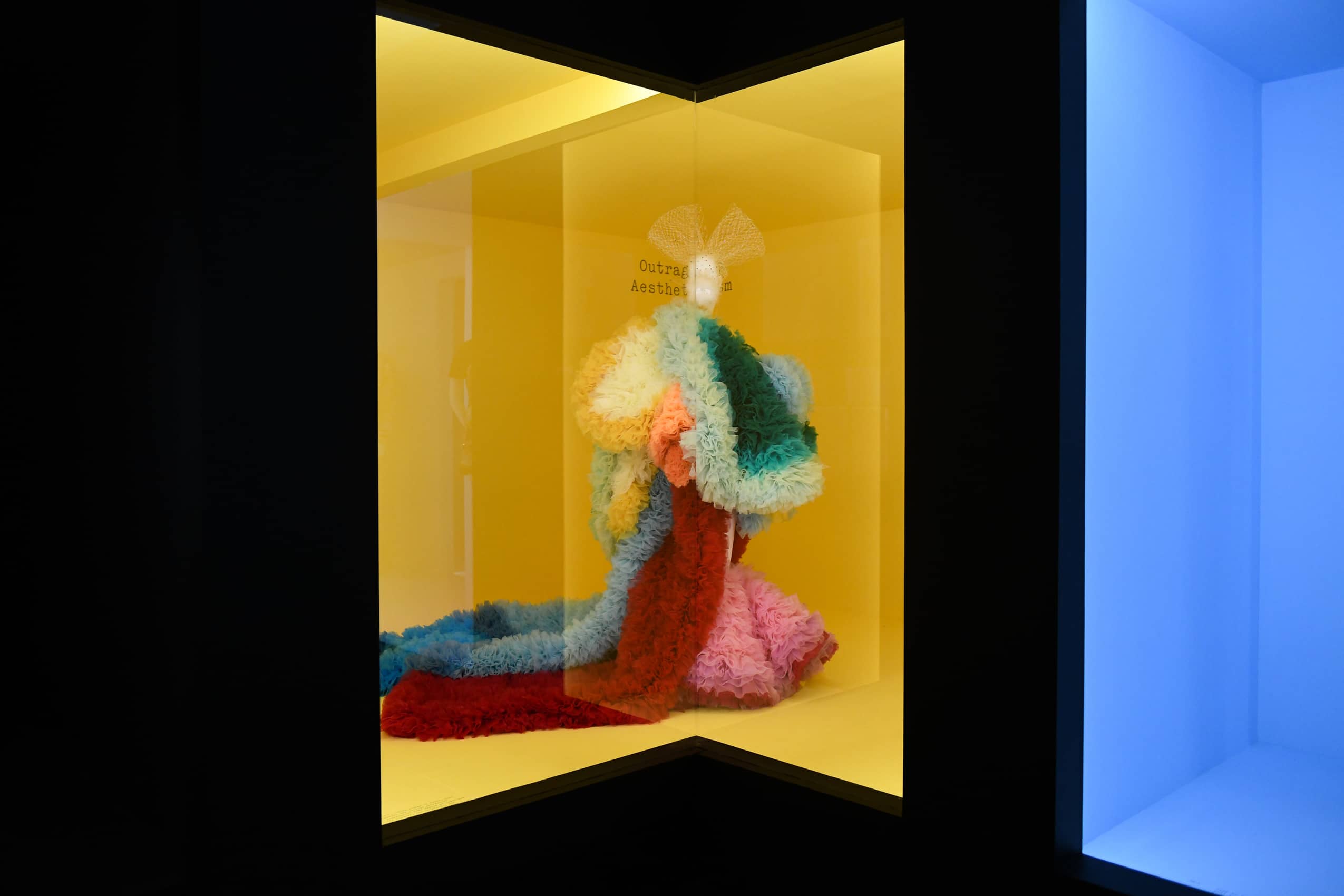 “We’re experiencing a resurgence of camp, not just in fashion, but in culture in general,” Bolton explained. “Camp tends to come forward in moments of social and political instability. When society is deeply polarized. The 1960s is one such moment, as were the 1980s. And so too are the times in which we’re living. Camp is by nature subversive. It reacts with and against public opinion, confronting and challenging the status quo.” 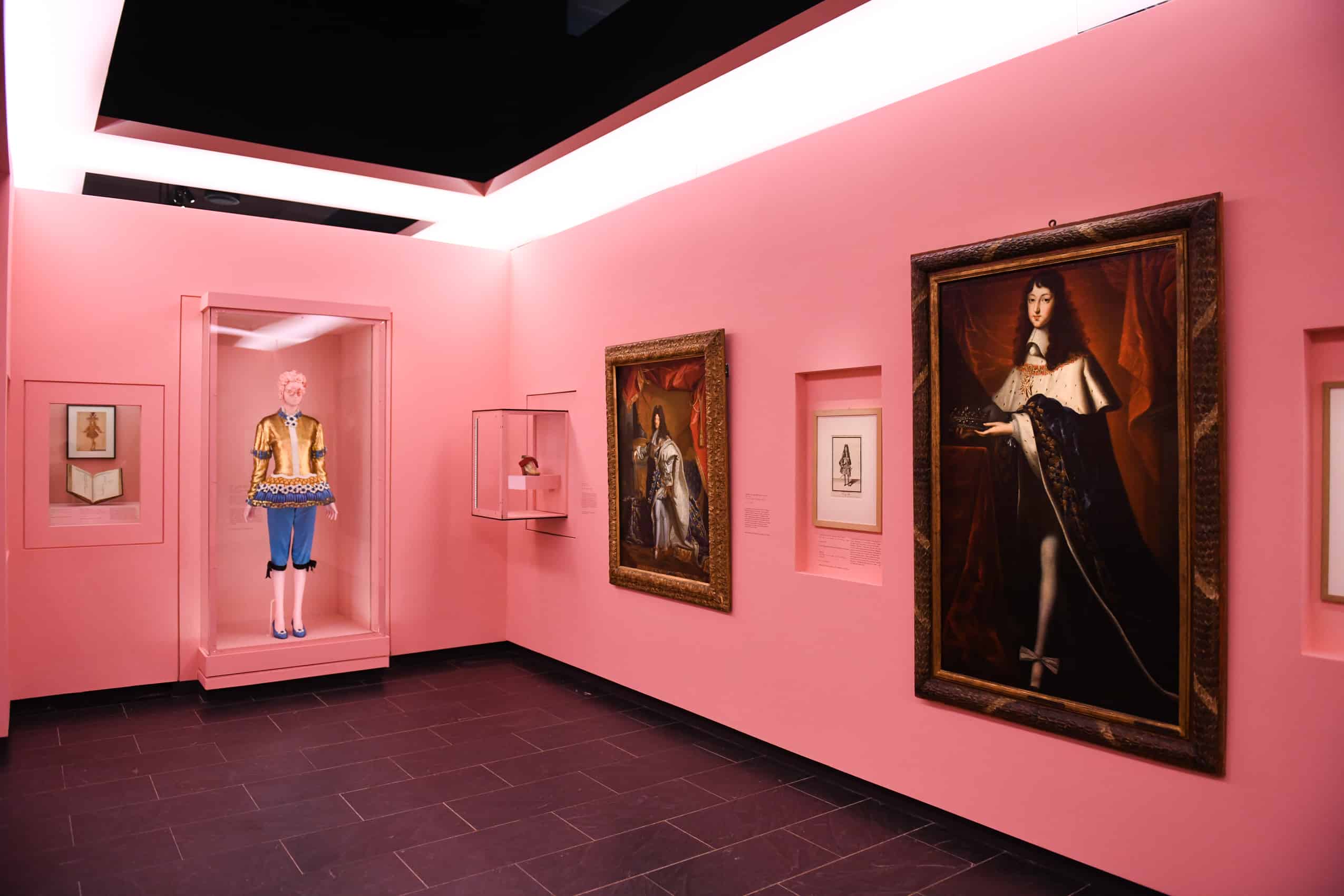 Camp, with its walls painted bubblegum pink, is organized into two sections: the first traces the origins of camp; the second explores its effects on fashion. Joining them is a gallery based on Susan Sontag’s seminal essay “Notes on Camp,” from which the show gets its name. Sontag’s essay provides a framework for the exhibit as a whole, particularly through an interesting dichotomy: deliberate camp versus naïve (or accidental) camp. The latter is best summarized as a “failed attempt at being serious.” Ferragamo’s iconic rainbow platforms made for Judy Garland are used as an example of this — something serious that reads as silly.

So is Camp itself deliberately or naïvely campy? A bit of both. The Met, being a museum, takes its subject matter quite seriously. But if a failed attempt at seriousness brings one back to campiness, then Bolton and his team can’t lose. No matter what, they’ll always be on-brand. 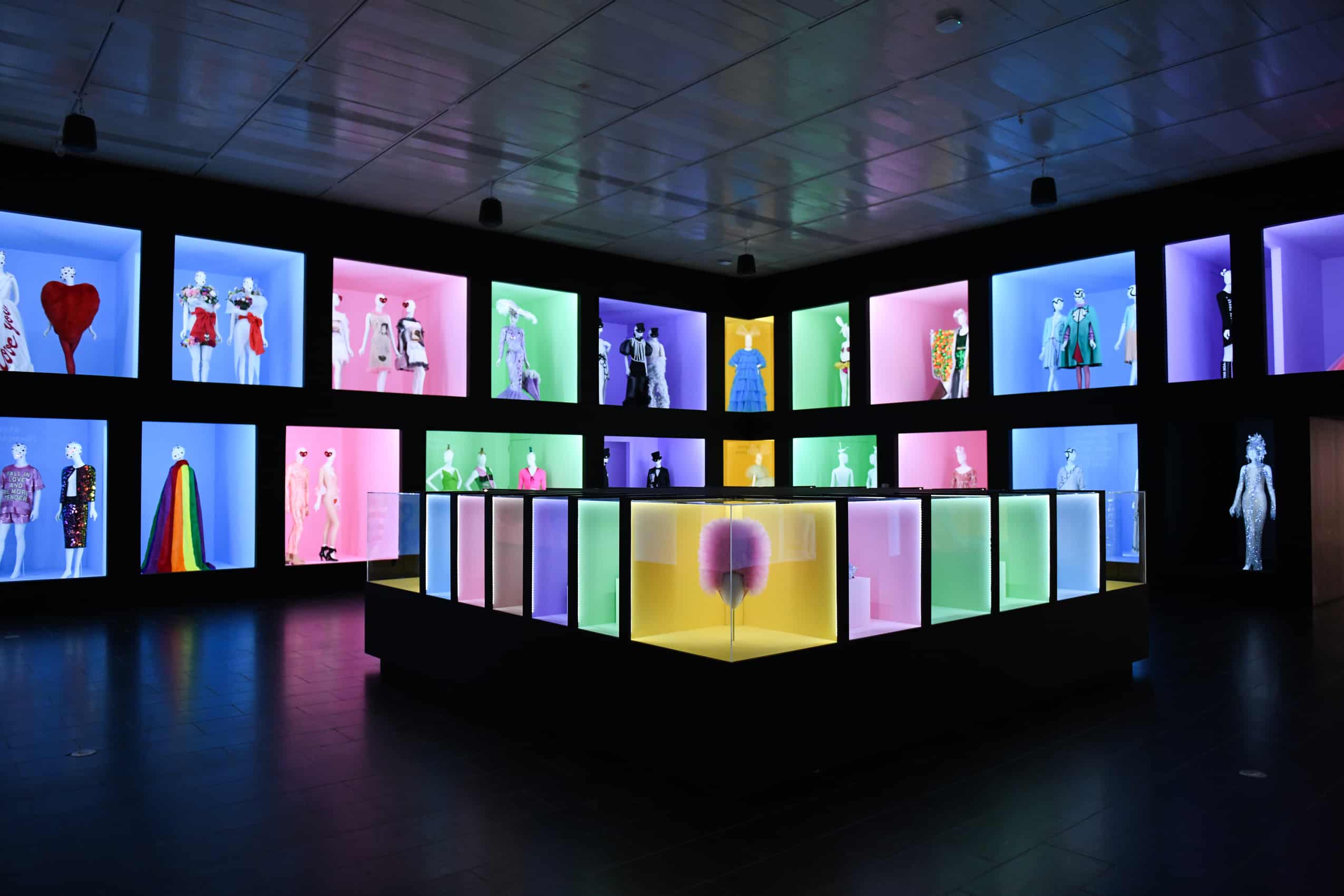 Garland herself plays a large role in the show — two versions of her singing “Over the Rainbow” intermittently play overhead (her Wizard of Oz recording in the first section, and a live recording taped shortly before her death in the second). Though “Over the Rainbow” is hailed as a camp anthem, it undercuts the mood. For an exhibit that highlights the joy and fun of camp, it’s a somber choice.

As with many fashion exhibits the theme at the heart of Camp is identity — it’s a subversive act to want to stand out by deliberately going against the grain. And Camp does an excellent job of exploring how the aesthetic ebbs and flows between being on the fringes of culture, and in the mainstream. But one doesn’t have to be an academic to enjoy the show. The benefit of camp’s exuberance, and arguably the whole point, is to be wowed by some crazy fashion.

Below, the Daily quickly chatted with Bolton about his personal thoughts on camp.

How has camp evolved over time in the media?
Media has been a great sort of promoter of camp, and a great vehicle of camp. Because it often is about performance. It often is about being theatrical, which is some of the major characteristics of camp. I do very much think that social media in particular has made our culture a bit more camp. Prior to Sontag’s essay in ’64, it was so much a secret code in the gay community. It really was. And it wasn’t applied generally as an aesthetic. After the mainstreaming of camp it became invisible in a way. 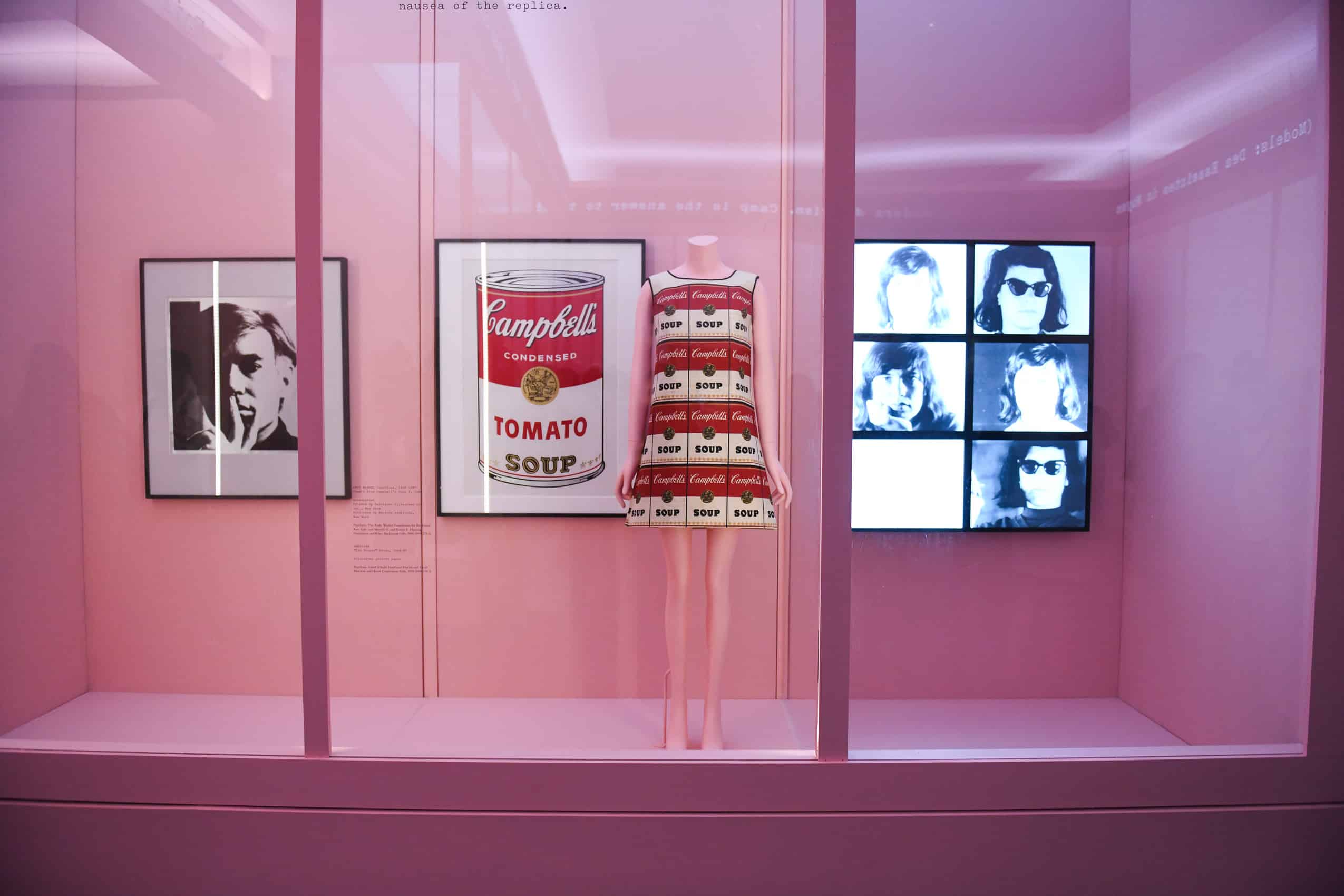 What do you mean by mainstreaming?
With the gradual assimilation of gay culture came the gradual assimilation of camp. It’s very much a part of how we see the world now. Unless you’re doing it deliberately. Unless you’re performing camp, in a way. But with camp becoming invisible it has become more naïve again, and less deliberate. It started off naïve, became deliberate, and now it’s becoming naïve again. It’s always changing. And that’s part of why we’re so interested in camp. Because it’s so hard to pin down, and it’s changing. It morphs over time. It’s like an amoeba, it’s mercurial. You can’t really describe it or explain it.

What ways does “camp” appear in your personal life?
My environment is very anti-camp, unfortunately. I live with Thom Browne, and he’s camp as a person, but not in terms of his aesthetic. My dog Hector, he’s pretty camp. And the TV we watch. We watch bad TV so that’s pretty camp. 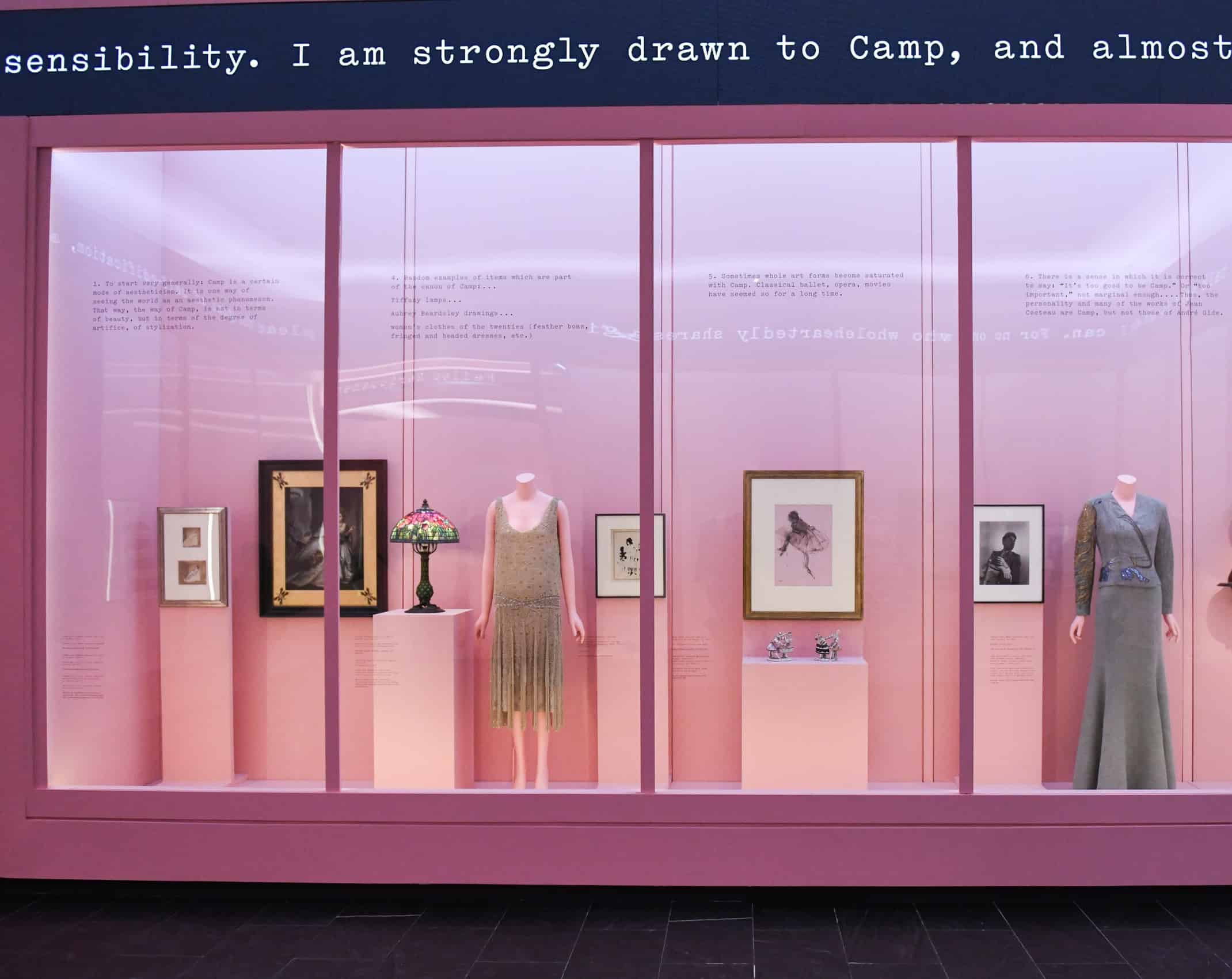