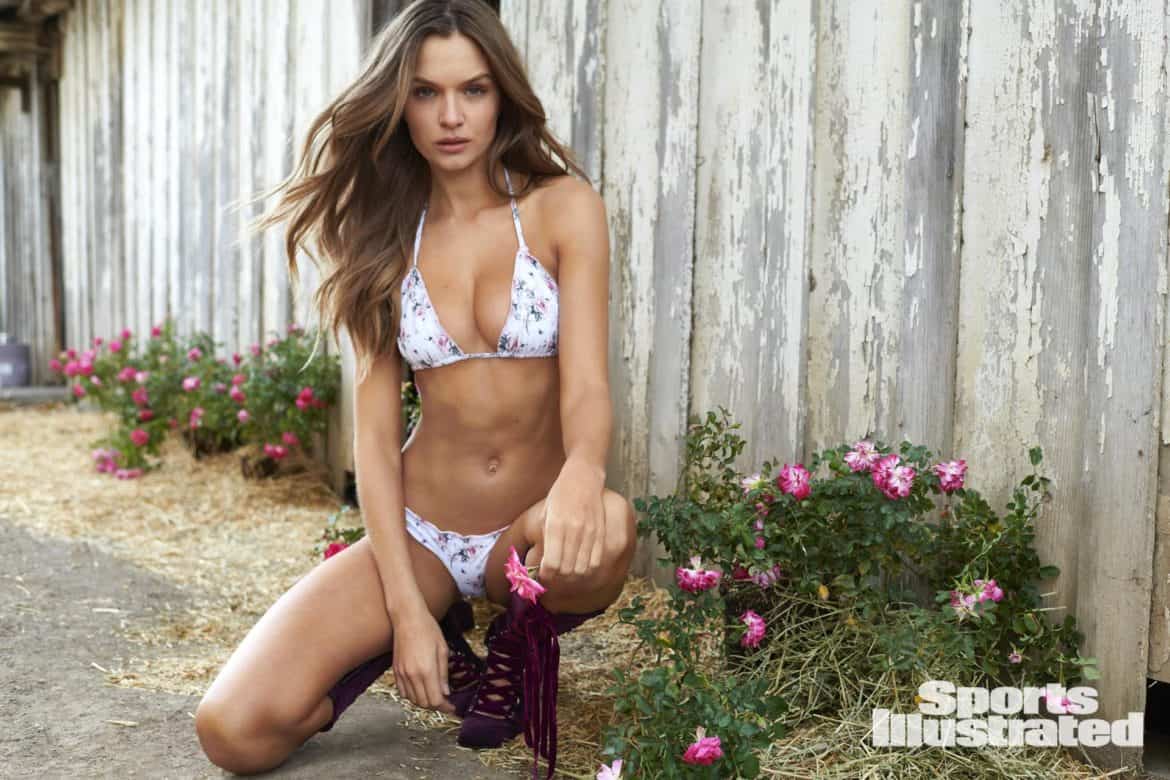 Josephine Skriver is one of the main mods in the recently released swimsuit issue of Sports Illustrated and she’s one happy girl being a part of it. We recently got on the phone with her to discuss what it feels like to be a part of this historic issue, which features the first Black trans model on the cover, why she’s a proud ally of the LGBTQ community, and the inside scoop on her wedding plans.

The Sports Illustrated Swimsuit issue is having an exceptional year. What’s it like being a part of this historic issue?
It’s absolutely incredible. It’s also kind of, like, an out-of-body experience. You feel like you’re part of writing history. It’s groundbreaking. It’s so cool to be part of being like, “Hey, this is something to talk about, not just now, but for a long time.” I have been in this industry for, like, 10 and something years now. It’s been incredibly stunning to see the development [that’s happened]. From what I walked into [in the industry], and what it’s finally developed into and how inclusive it is today is amazing.  People can say, ‘I see myself in this person.’ It’s just such a healthy development we’re walking into and I couldn’t be more proud to be part of this.

I remember you’re an LGBTQ advocate so this must be particularly special.
I grew up with two parents who both identify as gay. I think I was three years old in my first pride [parade] and I’ve walked in it ever since. When I was 15, I flew across Scandinavia to try and speak to schools. I have just never been able to not talk about it because I’m so proud of my parents. It’s just something I can’t wait to not be a big deal. I would love for a trans cover to not make history. I would love for it to be “look how stunning she is.” I would love for a story coming out when a football player comes out as gay not to get headlined. I’m so proud of the people who were leading with the torch and running fast ahead of the rest of us.

Where did you shoot SI?
The issue shot all over the place, but my specific shoot was in Sacramento, California. It was in November, so it was a little chilly. 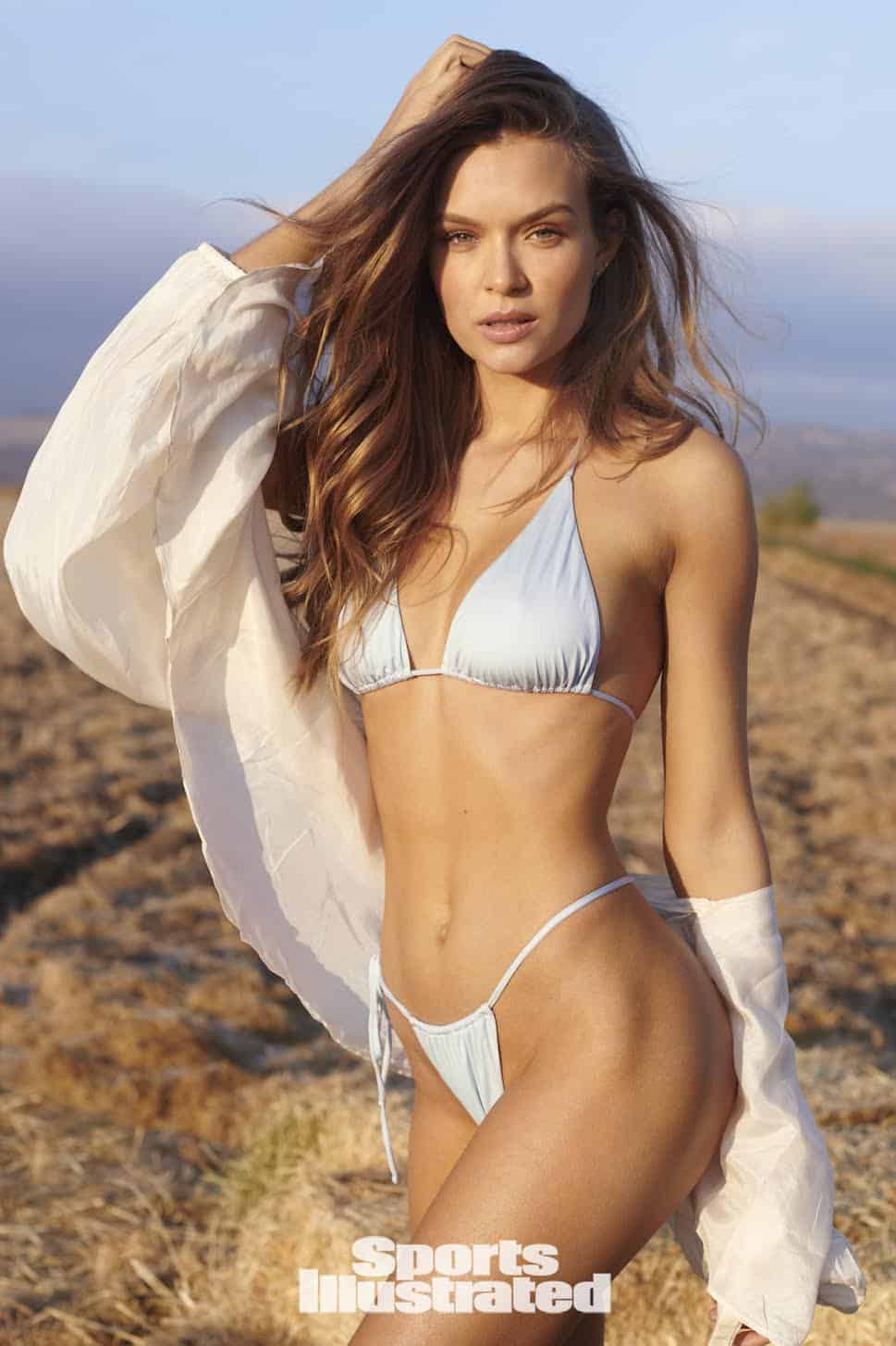 Sacramento? Interesting!
It was fun because my fiancé actually grew up in that city.  He was like, “Wait, you’re going to my hometown?” His grandma was like, “You should come by!” I sat outside because of COVID, still waving because we weren’t vaccinated fully by then. We were so nervous to see what was gonna happen. I’m so proud of the team for just pulling such a safe scenario and the fact that we were even able to make it happen with the world trying to still navigate with COVID. It was a really, really cool experience trying to, like, distance shoot, and also have less people on the shoot. It really is such a fun group to shoot with and [there’s] such a family feeling. If there’s a team to pull it off, it really was them.

How do you get to be in the issue?
It started out as a conversation between me and my agency. Two years ago, MJ Day wanted to meet me, so I walked into her office and we had such a fun conversation and just clicked. They finally said we’re going to shoot the magazine, and I flipped out. It was one of the first things I said when I walked into my agency. Sports Illustrated, Victoria’s Secret and I wanted to be the face of a makeup brand [Maybelline New York]. I somehow managed to check all the three things off. When I got that SI call, I was like “I got a trifecta! I did it!” I was jumping up and down. I’m trying to explain fashion to my mom, because she doesn’t still fully get it. So we have to speak in sports terms. I’m like, “Mom, okay, right now I made it to the national team, but I’m still a veteran. Like, I’m not gonna play.” Then, it’s like, “I’m going to play but I’m not starting.” “Okay, now I’m starting.” “Oh, I got team captain.” We’ve always had to explain what a job is according to a soccer field. It’s really fun to try to explain fashion to my mom.

I saw on Instagram you were in Iceland recently.
I’m finally fully vaccinated now and that was one of the first countries that opened up for vaccinated people. Our friend group just went and did a whole road trip caravan thing. It was so fun. It was so weird being out and traveling again. Even though we still did [socially] distanced things, it was still crazy we traveled to a different country.

Where did you spend the COVID era?
I spent most of the COVID era in Nashville. I have a house out there. The first six, seven months I was fully locked up and had the most normal life I have ever had in the last 10 years. I was able to cook, have a routine sleep, and be with my fiancé. We’ve been together for almost eight years now and it was the most time we’ve ever spent  together, and it reminded me that we’re meant to be. It was really cool to kind of build this everyday life, and try to just take the most positive things out of it. But, it was tough at times being so far away from family and seeing what other people were going through. It was just really important to have each other. Thank god it happened in the time of FaceTime. I’m used to being far away from people because it’s my lifestyle, but I think the hardest part was not being able to come home and knowing that everybody was dealing with this collective dark time.

Are you based in Nashville now? What would you recommend for somebody coming to Nashville? I love that town.
I’m actually in between L.A. and Nashville. I moved to Nashville about five or six years ago because I just needed that kind of escape from my reality. Nashville is just such a fun town. If you’ve never been, I’m gonna have to hit you with tourist stuff. You have to go down Broadway and just bar hop. The food scene is going crazy. I can give you a list of 40 places to go. Every time I go back, it’s a new city. There’s eight new hotels, every new restaurant you can think of. It is such a fast growing city. It’s a very fascinating place to be right now because it’s so pulsating and so many people are moving there. Being part of this renaissance of Nashville has been really fun. 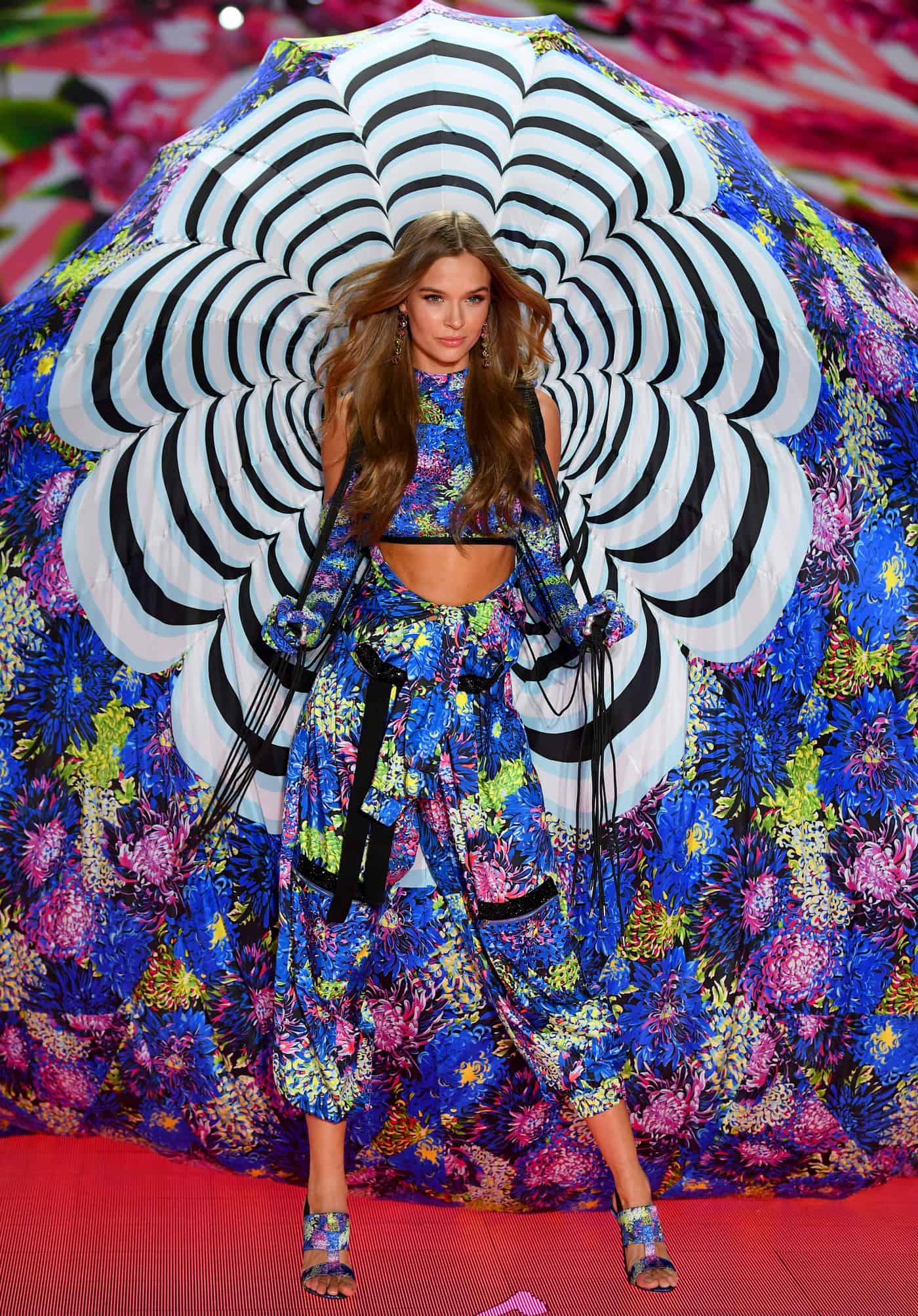 What’s your plan for the fall?
Work is slowly picking up, which is really nice. It’s going  back to normal. My best friend’s [Jasmine Tookes] wedding is happening in September so I’m on bridesmaid duty every weekend. I didn’t know Americans do so many things. There’s like seven steps before we get married! And then I’m also planning my own wedding for next year, because we had to cancel because of COVID.

Where are you going to get married?
We are still looking. It looks like, potentially, Mexico because it would be open for my European family and his family. His family is American. We’re still kind of trying to navigate. But I would like for the borders to fully open.

Do you have your dress picked out?
I do, which I’m very excited about.

Can you give us a hint of what it will be like?
White! {Laughs] I’m really excited about it!