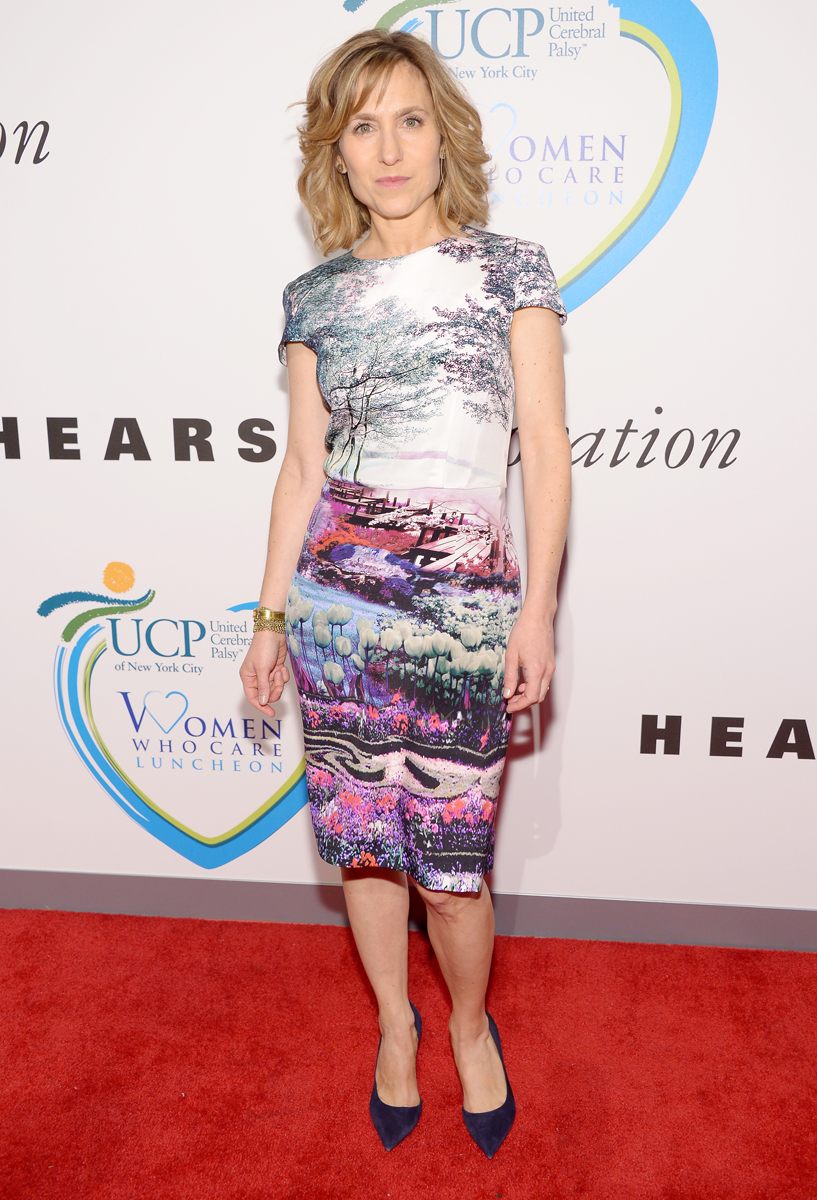 Dr. Oz The Good Life gained a new chief edit commander last month when Jill Herzig, Redbook‘s EIC, took on the leading role at the health guru’s Hearst mag, which is jumping to 10 issues per year in 2015. Herzig’s work will show up in this fall’s issues of Dr. Oz, but she hasn’t fully left the Redbook fold yet: Tonight, the editrix is hosting Redbook‘s annual MVP Beauty Awards at the Hearst Tower. We rang up Herzig recently to get the full scoop on why she took the gig, how she feels about leaving being Redbook, and why this new job should equate to lots more stretching. BY ALEXANDRA ILYASHOV

Congrats on the new gig! How did this feel like the right next move post-Redbook?
I’ve never known so instantly that I wanted something. It was immediate the second I heard [Hearst Magazines president] David [Carey] say the words. It just felt like a huge opportunity to me. At this stage in my career, I love trying new things. A launch is just such a thrill ride, and I wanted to jump on immediately. We live in this age of celebrity, and Dr. Oz is a huge celebrity…and a huge brand. He’s a brand about helping people and transforming their lives, and that’s fairly unique. I’m all in.

Did it feel risky to leave an established title for  such a recent launch?
I didn’t have one iota of trepidation. That’s all I can say. Maybe I’m silly, but I literally have not had a second thought about how or whether this was going to work. I absolutely know it will.

Will the Dr. Oz readership differ much from Redbook‘s?
With Dr. Oz, the audience is definitely a massively women’s audience. I’m not really looking at switching the market I’m trying to appeal to. A very small percentage of the readership is male, though the magazine has a tremendous pass-along readership of men…through the women who love them. I think that’s very sweet.

Have you followed Dr. Oz for awhile?
Who has not followed Dr. Oz for many years now? Yes, I’m one of the billion people who’ve been huge fans of his. As a women’s magazine editor, I’ve watched him come a bigger and bigger player in media geared towards women. When I was at Glamour as an executive editor, we did a whole series of pieces of Dr. Oz and his close friend and partner, Dr. [Michael] Roizen. I saw what a breakthrough, transformational figure he was; I was immediately a convert and looked for opportunities to work with him. I’ve been a fan from the get-go. I just love that I get to partner so closely, on this brand that’s exclusively his.

What might be different about being EIC at a mag anchored to a single person’s brand?
It’ll be my job to channel Dr. Oz for this readership; with any magazine you’re trying to channel a message to a readership. With Dr. Oz The Good Life, it’s a person’s whole approach to life. It’s going to be really fascinating. There was an era in magazines where the editor-in-chiefs were very big personalities. Think of a Helen Gurley Brown or a Clay Felker, both people I worked for and adored. Those people published magazines that were an expression of their whole lives—their world views, their adventures, and their politics. That has, over time, changed quite a bit. But certainly early in my career I worked for these extraordinary figures in the publishing world. I’m going to call on those skills to channel Dr. Oz in magazine form.

Will you have an immersive Dr. Oz boot camp, spending some major quality time with the lifestyle guru?
I should, right? [Laughs] I’m sure there will be many meetings and I’ll get to know him. I’m going on a shoot soon, so I’ll be spending the whole day in the country with Mehmet and Lisa [Oz]. I’m really looking forward to that. Hopefully some of their healthy habits will rub off on me immediately.

Come next year, the glossy is going to churn out 10 issues annually.
Jumping to 10 times a year in 2015 is a reflection of this robust, passionate interest in print. The magazine had a second printing of its first issue and an 80 percent sell-through rate. Those numbers that are just unheard of in this industry right now! I’m working so hard, immediately, to build a staff and get them ready to produce that many issues.

So, you’ll be doing a lot of hiring?
There are some very good people there now. It’ll be a mix of those people, and people I hire as we build the staff up.

You were at Conde for two gigs before joining Hearst, via Redbook. Now you’re headed to another Hearst title. Was that part of your career plan?
I love that you credit me with having a career plan! I’ve never had a career plan. My career has just been a twisty, turn-y, fun, spontaneous ride. This is just another curve. I know there are editors who have it all plotted out from the start. That just isn’t me.

Since this is your second EIC stint. Are you less nervous this time around?
Yes; I’m much surer of myself. I’ve done two redesigns during my time at Redbook. The most recent one coded the magazine to have much more of a concentration on everyday beauty and style. It’s been a real success, and that’s confidence-inspiring. It makes me feel a very strong, steady connection to a mass readership. The Oz audience is coming for healthy lifestyle, which is a different focus, but it’s a similar group of people as at Redbook. I feel like I know these women. I know what they want. I also know how to listen to their feedback and course-correct. I do feel confident going into this gig. I also really appreciate the support from Hearst. Hearst really knows how to launch a magazine; they’re the experts in this area.

Will we see you on TV more in your new gig?
The TV piece of the job has yet to be worked out. The magazine itself is so new! I have some TV experience, so I’m comfortable with that. We’ll see how that falls.

Did you get any advice from your predecessor, Alison Brower?
I’ve talked to her just a little bit about it. I’ll get more of the down-low from her in the next couple of weeks. She’s busy closing the next issue, which is for August/September. I’m jumping on the October/November.

After four years at Redbook, what will you miss the most?
I think you always feel sad to leave your team. This is such a close-knit, fantastic group of talented people. We all love coming to work. Recently, I ran into someone who freelanced for us, then moved on to a men’s magazine. He said, “You know what I remember about Redbook? The sound of women laughing.” I know there’s going to be the sound of women laughing at Dr. Oz The Good Life, but I’m going to miss these particular women a lot.

You’ll be covering less fashion in the new gig, right?
There is, currently, no style coverage in the magazine; I would certainly leave the door open. I would love to be exposed to lots and lots of cute, comfortable shoes that are not going to leave me doubled over in pain by the end of the night. Also, who doesn’t want a chic backpack, right? But fashion will certainly be less of a piece of the editorial pie. There’s a very healthy beauty section, and I think that can be built up.

Any healthy habits that you’re hoping will rub off on you in the new gig?
I’m an impatient exerciser. I’m a regular exerciser, but I almost never stretch. I know that’s a big “bad”. I’m determined for to stretch. My shoulders are starting to feel a little tight.

Will you get any downtime between the jobs?
It’s looking like five days in Nova Scotia. I’ve never been there. It’s my 20th anniversary with my husband, and I’d rather not cancel that. We’re going to some sort of rustic, eco-lodge. Wish me luck!