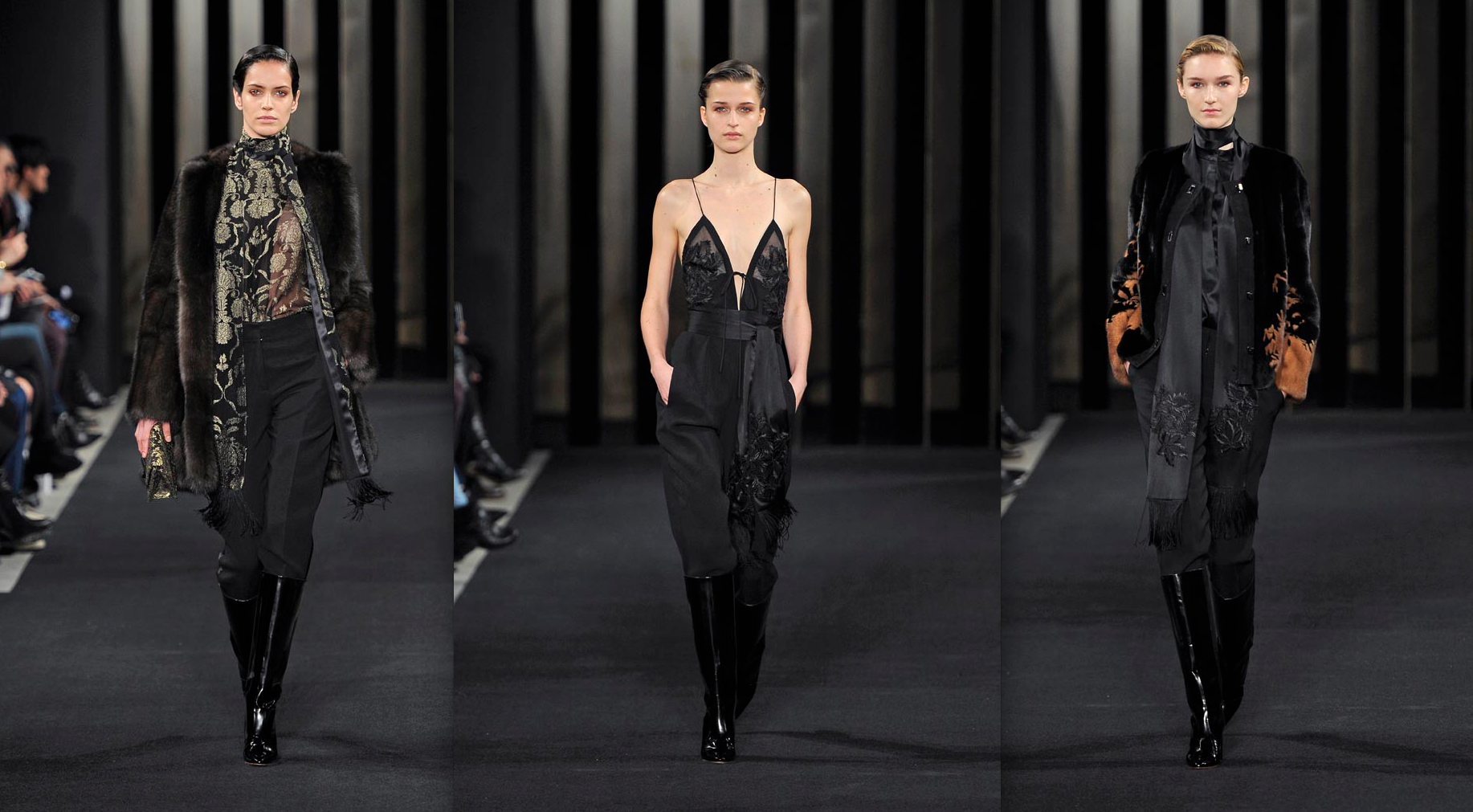 Gilles Mendel was dreaming of disco this season at J. Mendel. His inspiration was the “eternal glamour of New York City’s nightlife”, according to the show notes, and Anjelica Huston was the muse. Why? “Because Anjelica Huston embodies this kind of beautiful aristocratic fashion woman,” Mendel told us backstage. He also referenced Huston’s heyday at Studio 54, and you could have imagined Huston in any number of these looks, dancing the night away. J’adore!

But Mendel said the collection was as much about nightlife as it was about what that woman wears during the day. The Mendel woman’s daytime attire involves sumptuous fur coats, pencil skirts with slits and charmeuse blouses, and “day” dresses cut away at the shoulders to reveal some skin. By night? A sequined silk organza deep-v wrap dress or a gold lurex jacquard halter jumpsuit. She’s not exactly dressing down, ever. Such is the life of a glam J.Mendel girl.