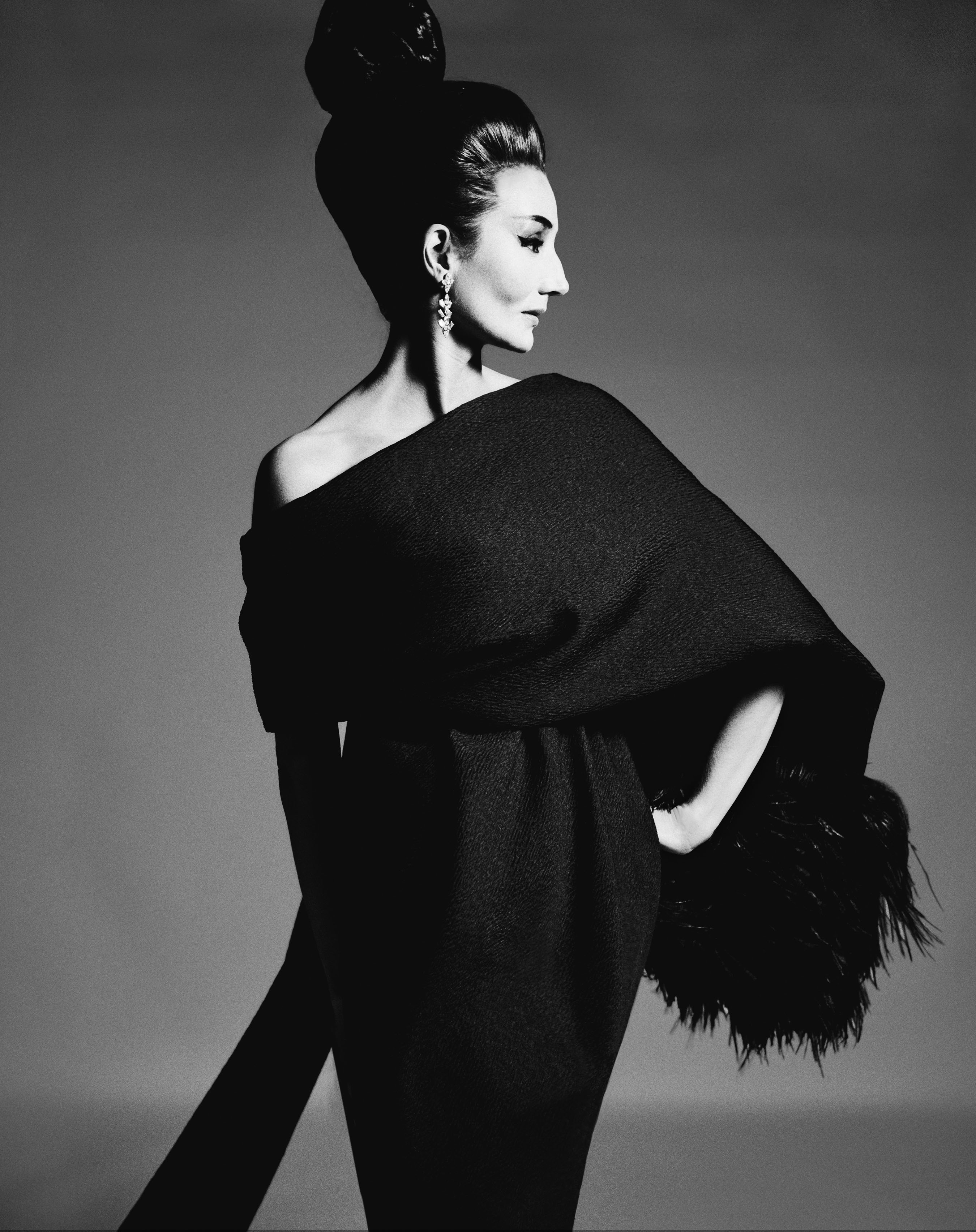 Earlier today, The Daily headed to The Met for an exclusive press preview of Jacqueline de Ribes: the Art of Style, (at the Anna Wintour Costume Center on Thursday, November 17). Alas the countess, couturier, and style icon—considered one of the best-dressed women of the 20th century with her signature brand of French elegance, swan-like grace, exotic winged eye, sleek yet voluminous updos, and penchant for classic black and white—canceled plans to travel to New York City from Paris for the opening post the devastating terrorist attacks (stylish all the way).

Renowned for cleverly crafting costumes by cutting up haute couture and mixing designer with inexpensive pieces (she’s the original fashion disruptor), the curated collection features 60 costumes, couture, and ensembles from her personal archives dating back to 1962, and the likes of Yves Saint Laurent (who encouraged her to create her own line), Dior (a personal favorite), and Valentino Garavani (who as a young assistant sketched her designs before founding his own house).

The Daily quizzed Vogue’s fashion critic Suzy Menkes (spied at the preview) for the verdict: “It’s interesting, very reflective of another era, and of course very français.”

In addition to the fashion fest, the exhibition walls were also lined with fabulous quotes.

“In every era, no matter what the fashion and however extreme, you can always find examples of elegance.” —Jacqueline de Ribes

“Balls are not for one’s amusement, they are for being ravishing.” —Jacqueline de Ribes

“Her aristocratic face would have fit perfectly in ancient Egypt or a royal court in the seventeenth century.” —Oleg Cassini

“When everyone still cared about the way they dressed, everyone wanted to dress like her and look like her.” —Jayne Wrightsman, who graced the International Best Dressed List alongside de Ribes

“Glamour sticks to people. An object is not glamorous, but places where people go are glamorous. That’s why New York is the glamour capital of the world.” —Jacqueline de Ribes

“She has the perfect nose. I feel sorry for the near-beauties with small noses.” —Ricard Avedon

“I am not a lady who lunches. My suits have to move. My clothes have to be comfortable. I have to work.” —Jacqueline de Ribes

“You are a fashion DJ:  sampling and mixing.” —A “friend,” upon witnessing de Ribes knack of mixing high and low