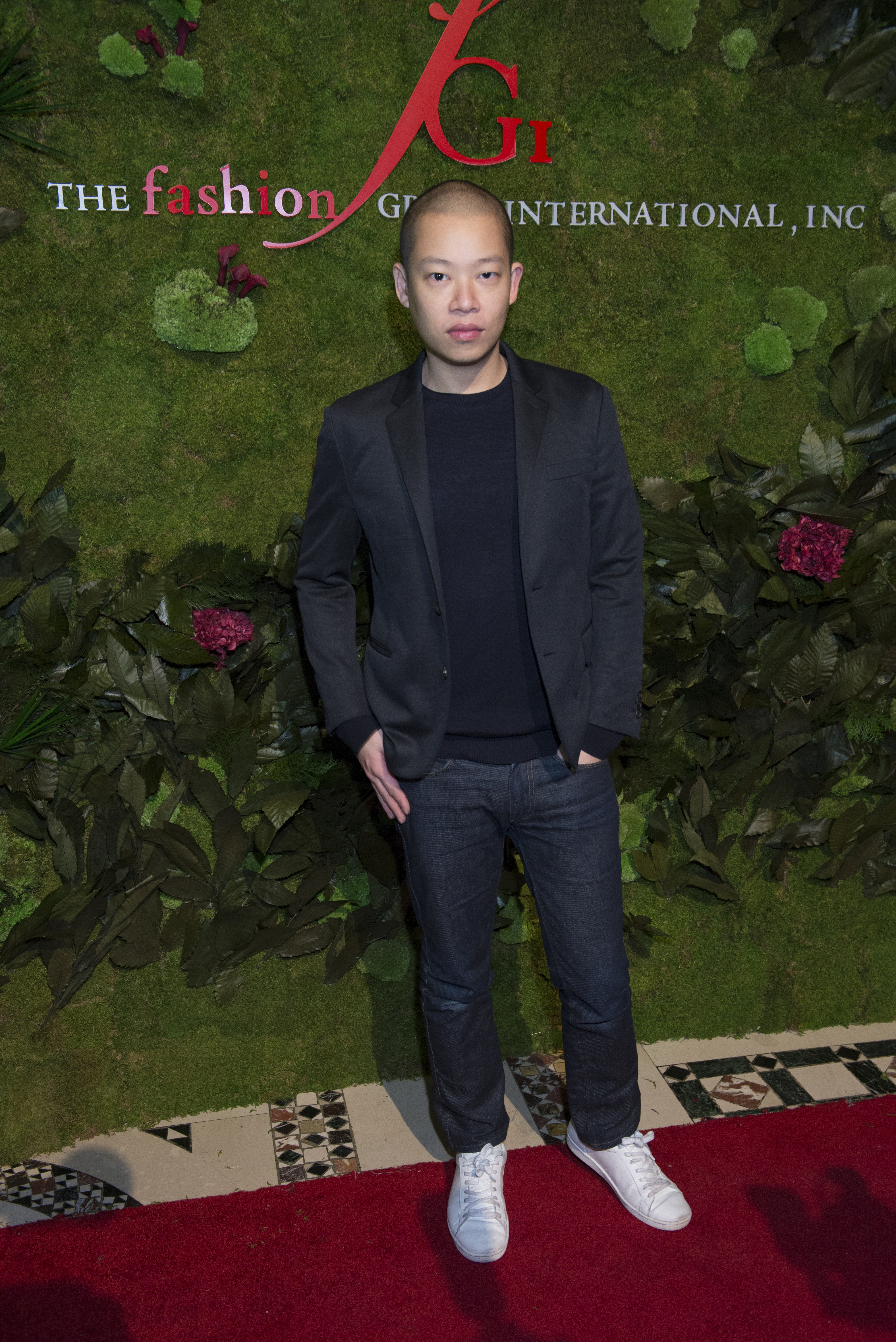 Fashion Group International took over Cipriani 42nd Street on Friday afternoon for their 18th Annual Rising Stars Luncheon, the younger companion to their star-studded annual Night of Stars. The original luncheon ceremony were rescheduled due to the snowstorm that never was, but the resulting snow-date festivities were as amazing as the event always is.

Jason Wu, a former FGI Rising Star Award recipient, gave the opening remarks, and certainly knew he had an audience full of young designers. “I played so many roles when I first started out. I was even a receptionist for myself,” Wu said with a laugh. “I would say, ‘Mr. Wu will be right with you.’ It makes us sound more important!” Wu went on to chronicle his days starting as a designer for a toy company, and dreaming up garments out of his dorm room in Connecticut at boarding school. “There’s no feeling better than getting that first order book from Neiman Marcus or Saks; but then they usually bill you back,” he added with many cheers and jeers from the audience who knew of his wholesale woes.

“We had a cocktail party about a month before today with all of the nominees,” Nina Zilka, co-designer of menswear nominee Alder New York, told The Daily. “We had so much fun, but it’s so funny how quiet all of us are! We normally want to be out of the spotlight and just design, but today is a little different!”

As for the event’s awardees, Whitney Hunter and Andy Gathings’ Salence nabbed the Rising Star prize for Men’s Apparel. Other winners of the day were Phyne by Paige Novick, which took home the award for Fine Jewelry, Beth Macri for Accessories, and Mimoza Disha of MAC Cosmetics, who won the award for Corporate Beauty. Réstorsea’s Patti Pao also won the Beauty Entrepreneur award, while Frank & Eileen proprietor Audrey McLoghlin went home with the Retail Award, presented by Macy’s Nicole Fischelis. Surprisingly enough, there was even a tie! Both Haus Alkire (designed by Julie Haus Alkire and Jason Alkire) and Sally LaPointe went home with awards for Womenswear Design, presented by ELLE’s Robbie Myers.

“Talent, of course, is innate, but it is brought to life by persistence and drive, and surely must be nurtured,” Fashion Group International president Margaret Hayes told the crowd as the luncheon came to a close. “We like to believe we are the nurturing group.”