Hey, Chicsters: How Do You Feel About Sharks? 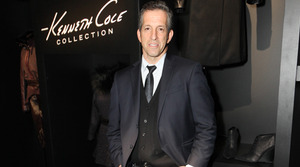 We love sharks. What about vous? A coterie of our favorite chicettes offered their frankest thoughts on the alluringly dangerous creatures. So, where do you stand on the topic of sharks…?

Kenneth Cole: I read somewhere that two to four million sharks have been killed by human beings for every one person killed by a shark. They’re also very good businessmen.

Thakoon Panichgul: I love them, too! They get a bad rep.

Ann Dexter-Jones: I think they’re beautiful, as long as I’m in a boat and they’re in the water.

Annabelle Dexter-Jones: Isn’t everybody scared of sharks? I’d pretty much just swim in the opposite direction if I saw one, like my life depended on it, which it would.

Gabourey Sidibe: Sharks are jerks. They’ll eat you when all you’re trying to do is surf!

Whitney Port: I don’t particularly like them. When I was little, I always had this fear that a shark would be hiding in the deep-end of the swimming pool and would come out of the drain.

Milly’s Michelle Smith: My son loves sharks so I know about 20 different kinds of them.

Chris Burch: I worry about them. I worry there aren’t enough of them around!

The Chambray Way, Thanks to Glamour and Madewell