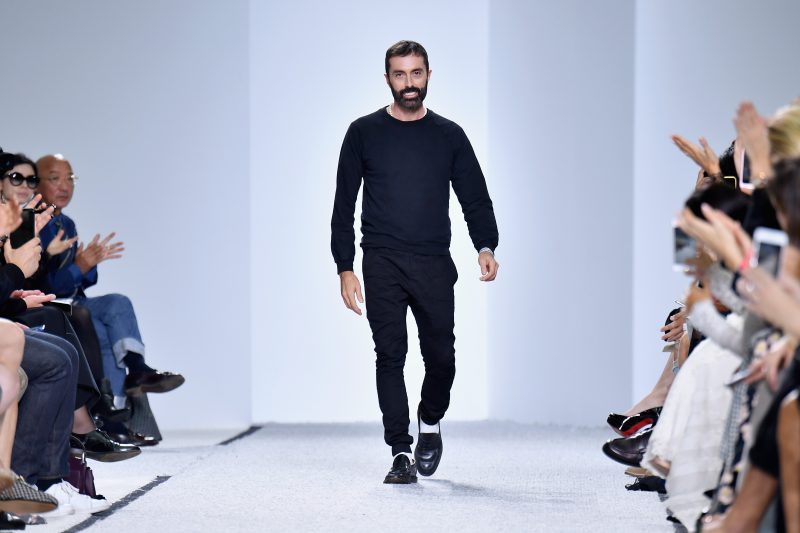 Giambattista Valli has big plans ahead. The designer has announced the launch of a new activewear collection, after flirting with mixing pieces like Nike leggings with his ornate cocktail tops on the runway in previous seasons. This is one of Valli’s first steps towards expanding his brand under his eponymous label’s new partnership with the Pinault family, according to WWD. Artémis, the Pinault family’s investment arm, took a minority stake in the label in June with plans to be a majority shareholder at a later stage of the label’s development.

With Valli’s decade-long partnership designing for Italian luxury outerwear brand Moncler as creative director of their Gamme Rouge line, he has decided to make his own foray into the market with 50 to 60 performance pieces like puffer jackets, sweatshirts, track suits, and coats.

The line, which will retail from $1,100 euros to 2,500 euros, will be shown to buyers this January and will be delivered in June along with pre-fall collections. The collection will also be presented alongside Valli’s main collection on the runway during Paris Fashion Week.

Valli is said to have brought all of his production and distribution in-house and the new activewear collection launch will be just the beginning of what will become a “360 degree brand”.

How To (Almost) Get Meghan Markle’s Engagement Photo Coat

CBD For All: A Holiday Gift Guide...