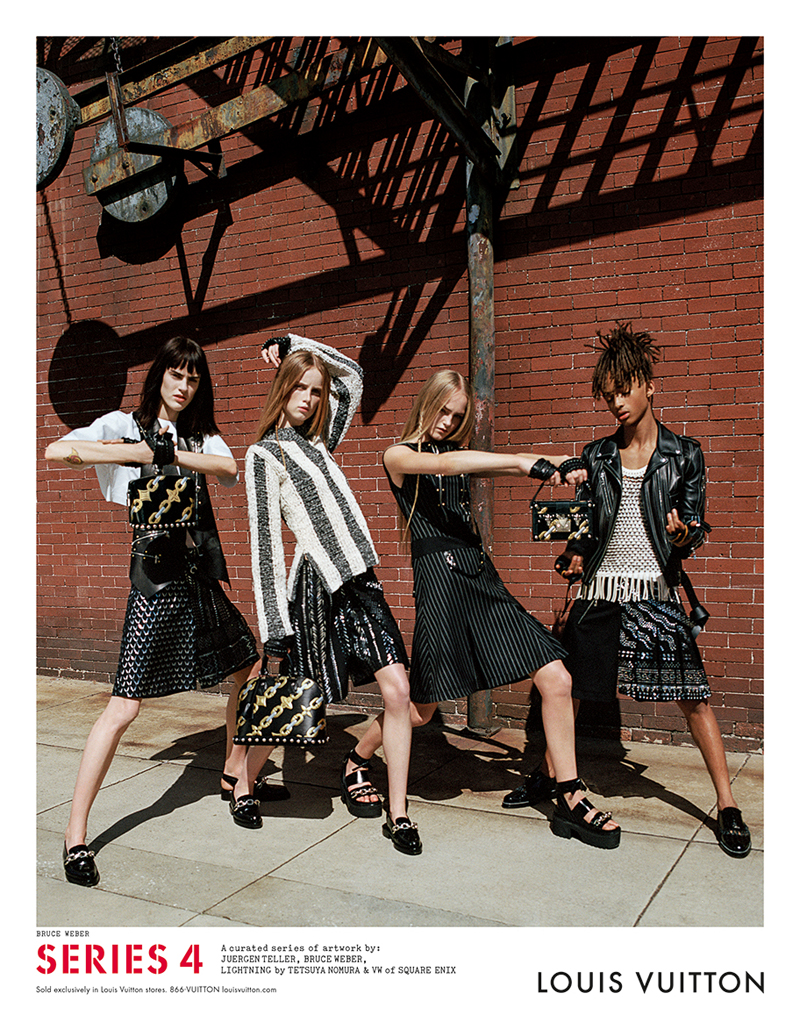 Jaden Smith can do whatever Jaden Smith wants to do, so why not wear a skirt in the just released Louis Vuitton campaign for Spring in a shot by Bruce Weber? Vuitton’s creative director Nicolas Ghesquière explains why: “He represents a generation that has assimilated the codes of true freedom, one that is free of manifestos and questions about gender. Wearing a skirt comes as naturally to him as it would to a woman who, long ago, granted herself permission to wear a man’s trench or a tuxedo. Jaden Smith conveys something very interesting about the integration of a global wardrobe. He’s found an instinctive balance that makes his extraordinary attitude a new norm. That really inspired me in the creative process for this collection.”

Last year, Smith, who we suspect we’ll be writing about a lot in 2016, was caught in an online hoax when he allegedly told Rolling Stone that he’s releasing a fashion line, 666. Outlets quoted the 17-teen-year old as saying, “God exists in all things that surround the fire that burns in the sky. She is responsible for all spontaneous ideas. In fact, 666 is not an evil number. This number is actually three part and represents the six angels that descended from the six Heavens, who are searching for the six prophets who are meant to lead the masses. Each prophet will be the exalted leader of that heaven. I have been chosen by one of those angels as one of those prophets. This line is not just clothing. Clothing is meant to cover, while 666 is meant to transform. To wear these clothes is to seek protection from the ills of the world and to pledge allegiance to my Heaven.” Sadly the too good to be true story proved to be just that, and was later reported to be a creation of fake news website The News Nerd and yet…still hysterical.