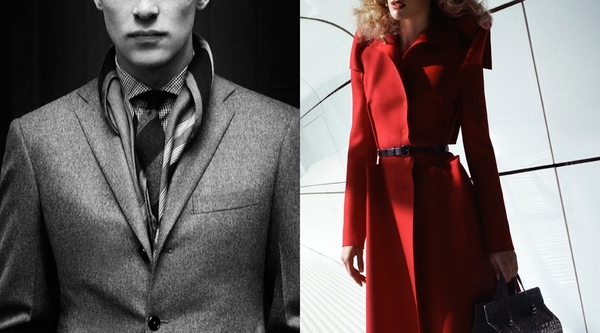 (NEW YORK) Bottega Veneta’s Tomas Maier has tapped another renowned artist to shoot the Fall 2013 campaign, which stars models Raquel Zimmermann and Mathias Lauridsen. Acclaimed American photog Ralph Gibson was behind the lens this season shooting the collection around Milan. Gibson’s photographs have become acclaimed for their mixture of tension and contained energy, which fit with Maier’s idea of the look. “Presenting something informal in a precisely polished way,” Maier says in the vid that accompanies the campaign. Gibson has been a recepient of the prestigious John Simon Guggenheim Memorial Foundation fellowship, and has worked with legendary photographers like Dorothea Lange and Robert Frank. How’s that for a resume? Previous Bottega Veneta collabs and campaigns have featured the work of acclaimed photographers and artists, such as Erwin Olaf, Sam Taylor-Wood, Nick Knight, Collier Schorr, Robert Longo, and Nan Goldin, just to name a few.