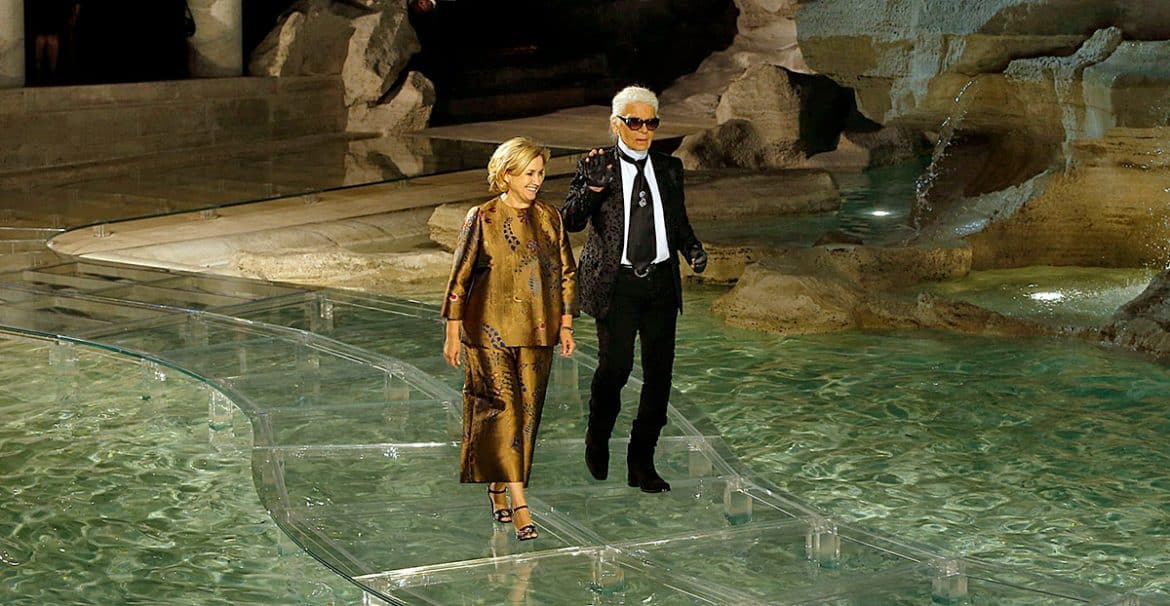 Silvia Venturini Fendi and Karl Lagerfeld at Fendi's 90th Anniversary show at the Trevi Fountain in Rome in 2016. (firstVIEW)

Fendi has just released a statement following the death of designer Karl Lagerfeld, who worked his magic at the house for more than 50 years.

Immensely affected, FENDI mourns the passing of M. Karl Lagerfeld. His influence in the history of FENDI is astonishing. It was 1965 when Paola, Anna, Franca, Carla, and Alda Fendi welcomed a pioneering young German designer named Karl Lagerfeld, who would soon revolutionize the very essence of fur and lead FENDI through five decades of pure, unwavering innovation, giving life to creations that have stretched the boundaries of fashion. From his first days at FENDI, the longest relationship in the fashion world between a designer and a fashion house, Karl Lagerfeld was a true visionary in everything he conjured up, from the advertising campaigns to his ready-to-wear and Couture Collections. He dared to push boundaries, a modern day genius with a unique sense of aesthetic fearlessness, who influenced a whole generation of designers. Thanks to the unparalleled creativity of Karl Lagerfeld, in collaboration with Silvia Venturini Fendi, FENDI is today synonymous with timeless quality, strong tradition, relentless experimentation and daring creativity. His passing marks an unimaginable loss at FENDI.

“Working with Karl Lagerfeld at FENDI allowed me to catch a glimpse of the secret of the continuous renewal of the House. I profoundly admire Karl’s immense culture, his ability to rejuvenate at all times, to taste all the arts, to not overlook any style, along with a persistent refusal to turn to his past, to look at his work in a mirror. He was restless and his exigent nature would never leave him. The show was just ending that Karl would always say, “And now number next!” He leaves us an enormous heritage, an inexhaustible source of inspiration to continue. Karl will be immensely missed by myself and all the FENDI people,” Serge Brunschwig, FENDI Chairman & CEO.

“I am profoundly saddened as today we have lost a unique man and an unrivaled designer, who has given so much to FENDI and to myself. I was only a child when I first saw Karl. Our relationship was very special, based on a deep and very genuine affection. We had a lot of mutual appreciation and endless respect. Karl Lagerfeld has been my mentor and my point of reference. A blink of an eye was enough to understand each other. For FENDI and myself, the creative genius of Karl has been and will always be our guiding light, moulding the Maison’s DNA. I will miss him deeply and always carry with me the memories of our days together,” Silvia Venturini Fendi, FENDI Creative Director for Menswear, Accessories and Kidswear.

Lagerfeld will certainly be missed, but his legacy as a designer and artist will not soon be forgotten. 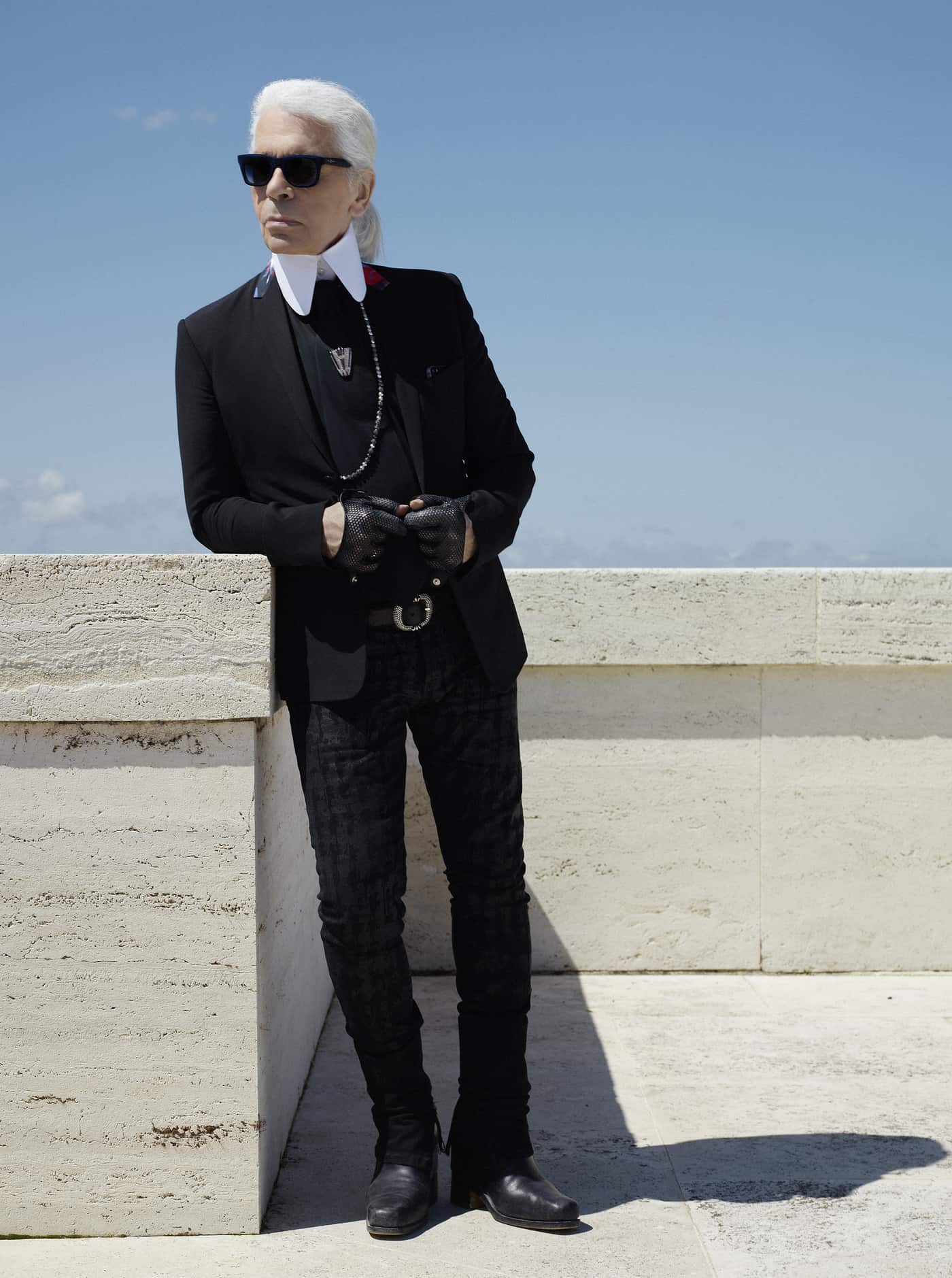