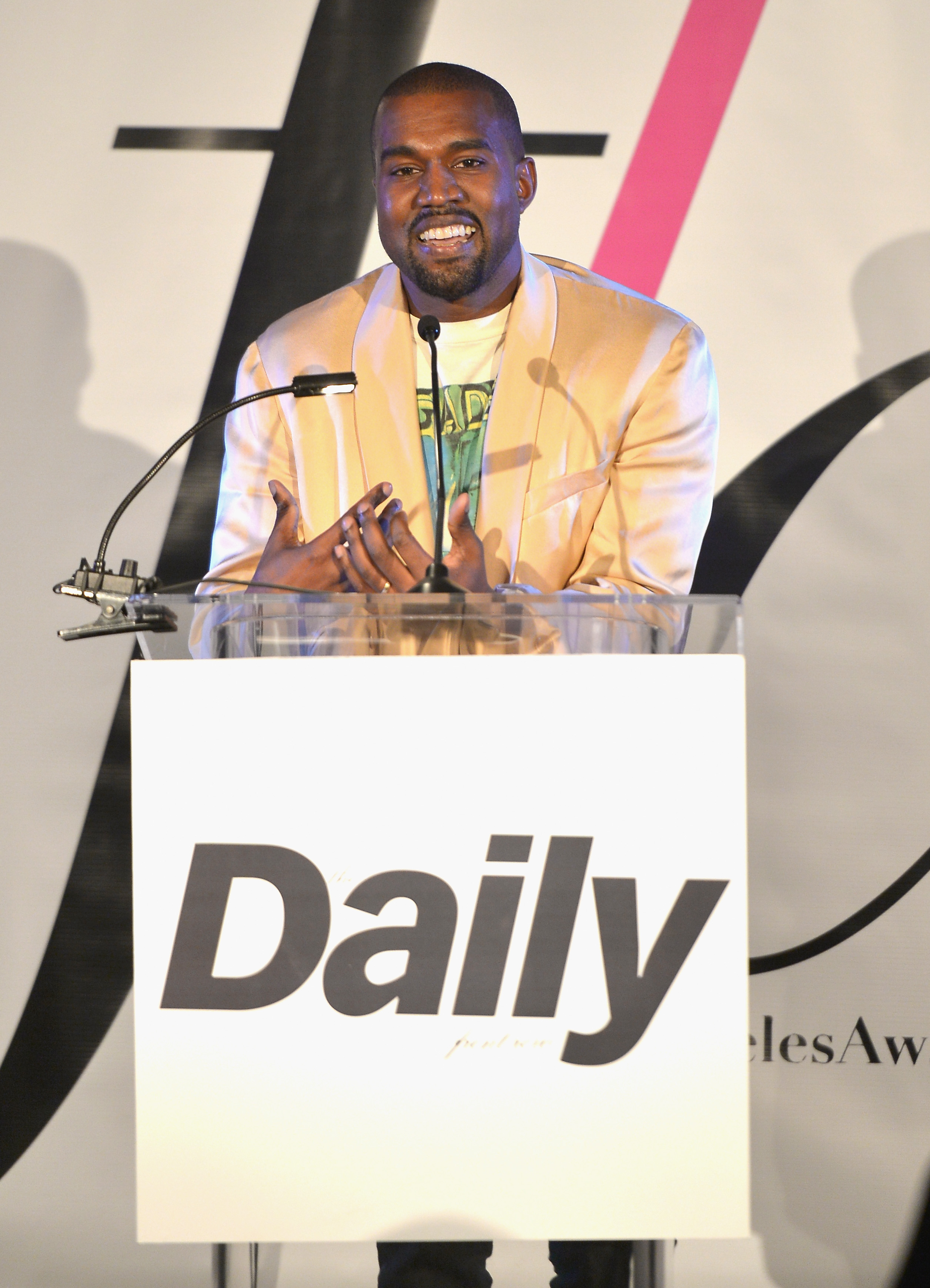 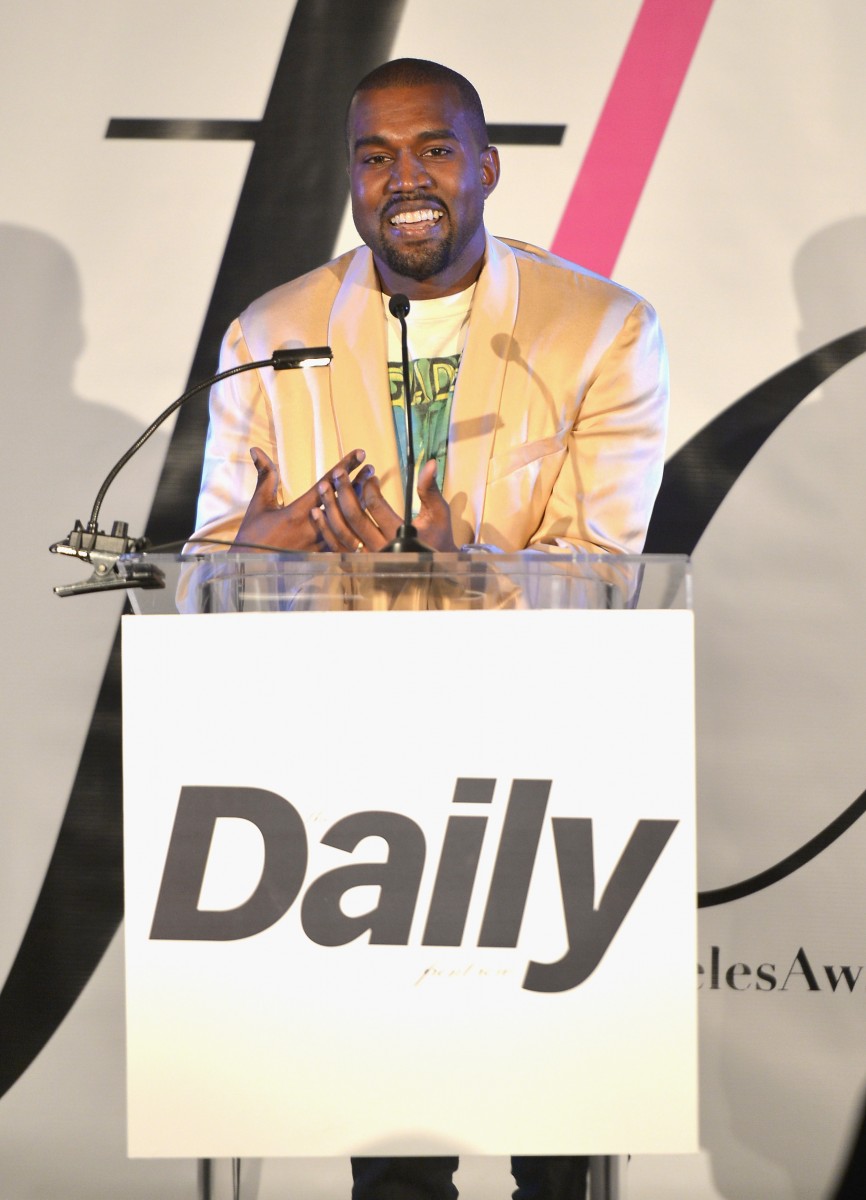 You’ve probably heard by now about Kanye West’s entertaining, over-eight-minute-long speech at our Fashion Los Angeles Awards in Hollywood last week. Now we have the complete video of Kanye honoring his pal Mazdack Rassi and Milk as ‘Innovator of The Year’. The chatty rapper celebrated Rassi saying, “This guy let me, a celebrity designer, work at Milk Studios when Adidas couldn’t figure out where my offices were…And I promised him that I was going to be fcking good.”  The two ended up forming a friendship that’s lasted outside of Milk Studios. “I don’t leave my fcking crib unless I really believe in someone,” he said. “Jeremy [Scott] is another one of those bad motherfckers that changed the game and always expresses himself. [Cheers] All I gotta say is, I fucking love this guy, and he sets an example to us as a humanitarian, as a visionary, and as an innovator. Rassi!” He also showed a more humble side at the event saying, “I don’t know if I even made one fcking good point.” See for yourself!

How To Win A Year’s Supply Of Sophia Webster Shoes