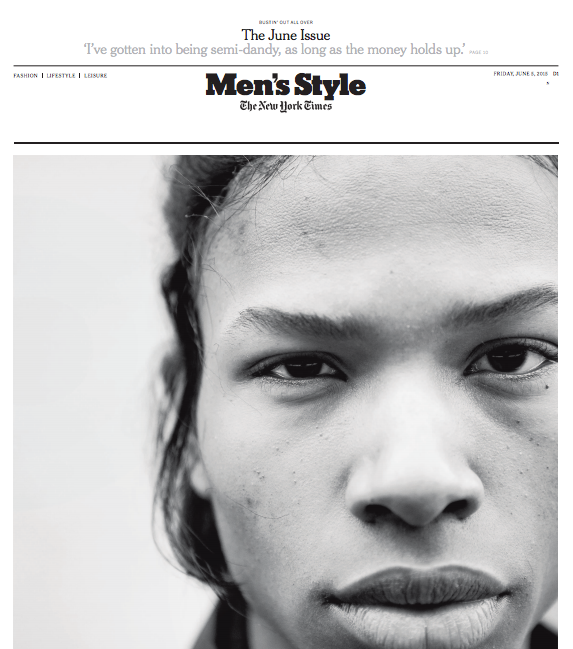 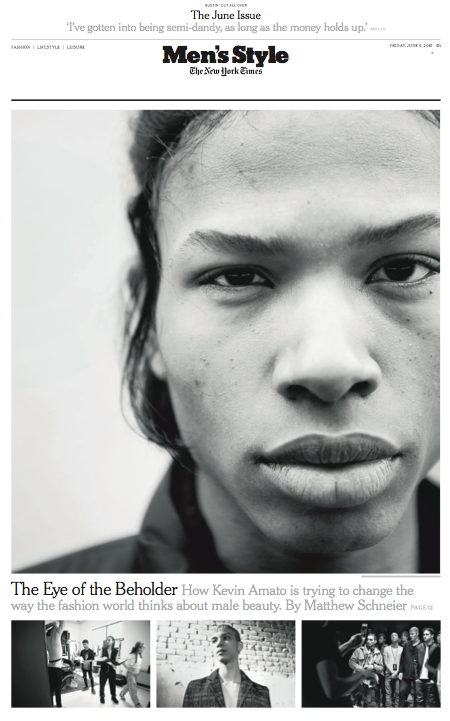 The third edition of The New York Times’ monthly ‘Men’s Style’ section will hit newsstands on Friday, and Hood By Air’s casting director, Kevin Amato, is the cover story, which was written by Matthew Schneier. But as for the cover model? That’s one of Amato’s discoveries, Tawan Kariem, “a transgender model from Newark whom Mr. Amato contacted on Facebook and put into a Hood by Air show. ‘I think he probably just saw me on Tumblr or something,’ she said…’I know [Amato] won’t just put me in a box of being a trans model.’ ”

Schneier chronicles how Amato, a former photographer turned casting whiz, has carved his niche with street casting, aka casting mods via unconventional methods (yes, sometimes right off the street). “‘If he has a vagina, he’s definitely walking,’ [Amato] said approvingly of one androgynous applicant…The only questions put to any model were age, height, shoe size and Instagram handle,” Schneier writes of Amato’s process casting a show for L.A.-based Japanese label Joyrich.

Also on deck for the June edition of ‘Men’s Style’: This month’s the “Rites of Passage” column, penned by Choire Sicha and entitled ‘Farewell, My Lovely Cigarettes‘, a photo essay on what to wear to summer destination weddings starring Tumblr’s most dapper canine, Menswear Dog, and the “Hey, Mr. Food Editor” column by former Times restaurant critic Sam Sifton.