Dries Van Noten Stuns in Paris, Hood by Air Back From the Dead 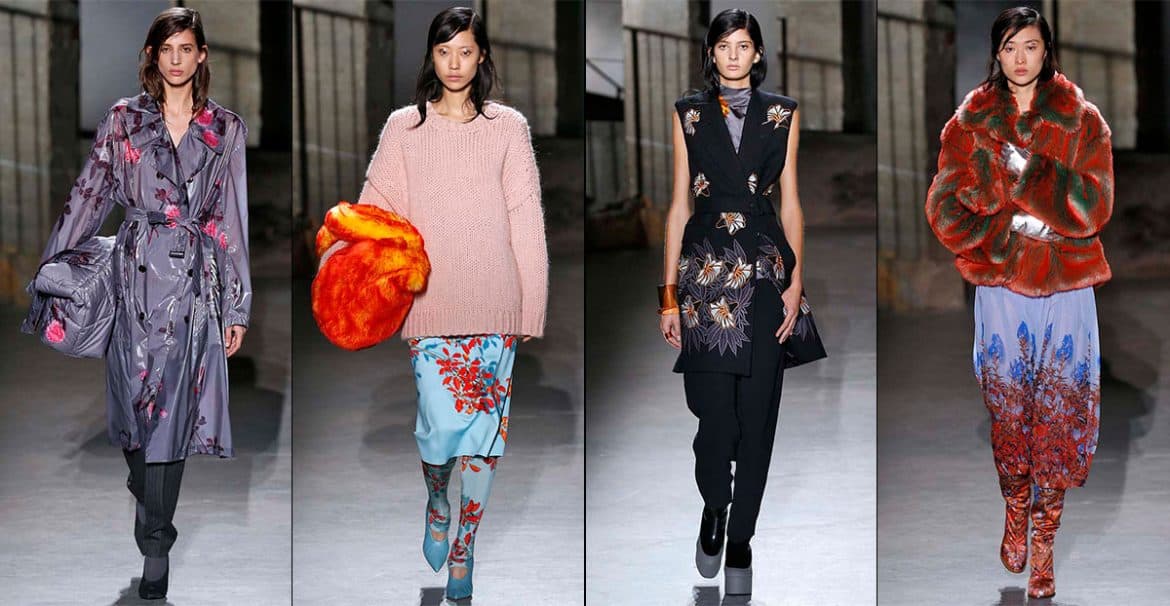 Dries Van Noten’s Melancholy Beauty
The incomparable Dries Van Noten delivered yet another stellar collection on Wednesday, sending out a beautiful and romantic collection tempered by reality. The show opened with sharp tailoring and a somber grey pinstripe, but soon gave way to softer silhouettes in calming shades of purple and blue with vibrant shocks of what can only be described as Cheetos-dust orange. Florals abounded, as they so often do at Dries, but were deliberatly less fanciful than in seasons past.  “We picked them from my garden last October and photographed them. I wanted roses but not sweet roses — roses with an edge, roses for now,” Van Noten told Vogue‘s Sarah Mower. “Flowers can be romantic, but this I wanted to take out, because the times are tougher than in the past. So you see the diseases, the blackspot, the imperfections.” 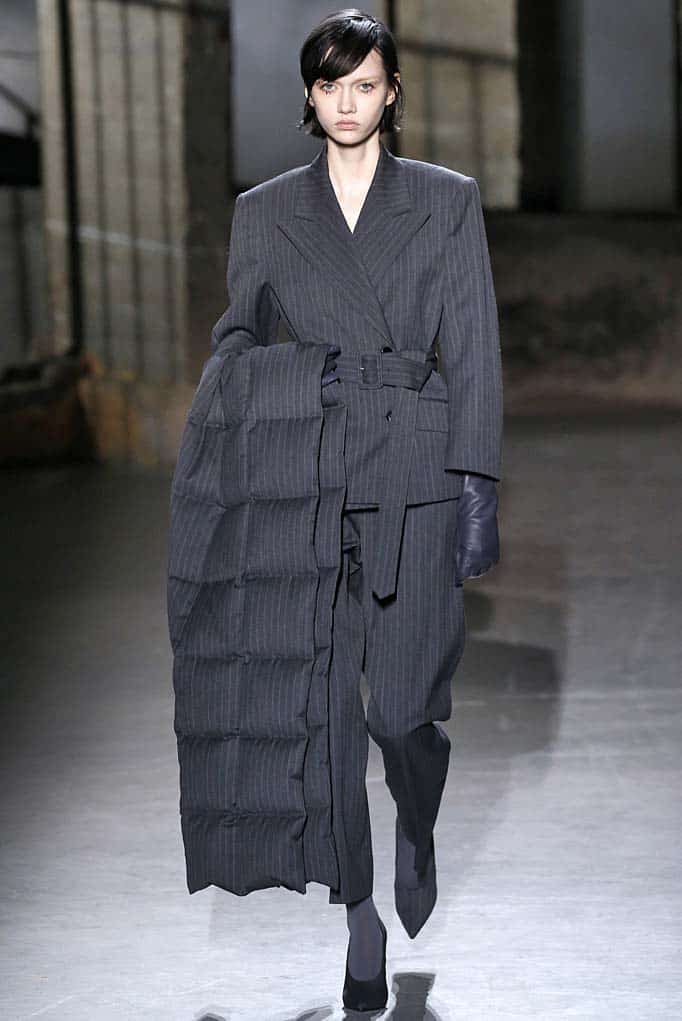 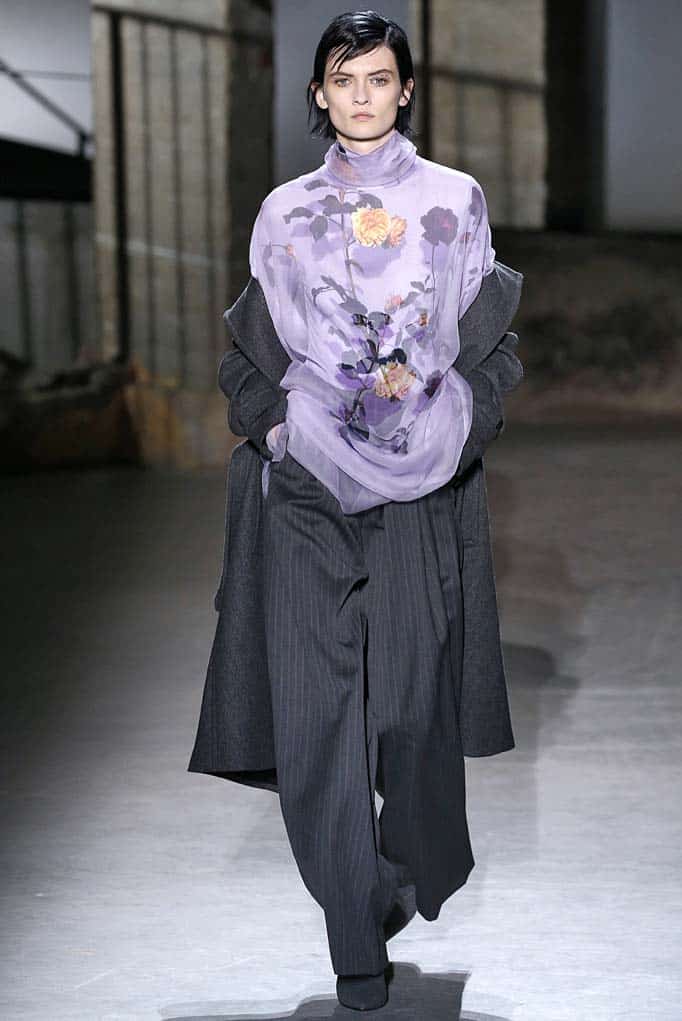 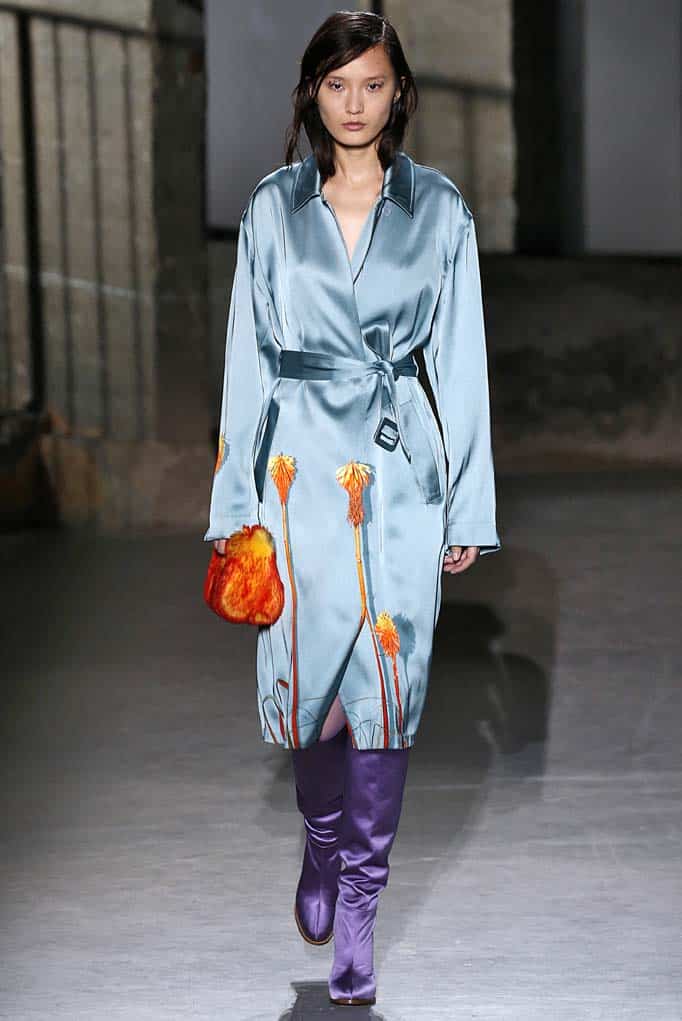 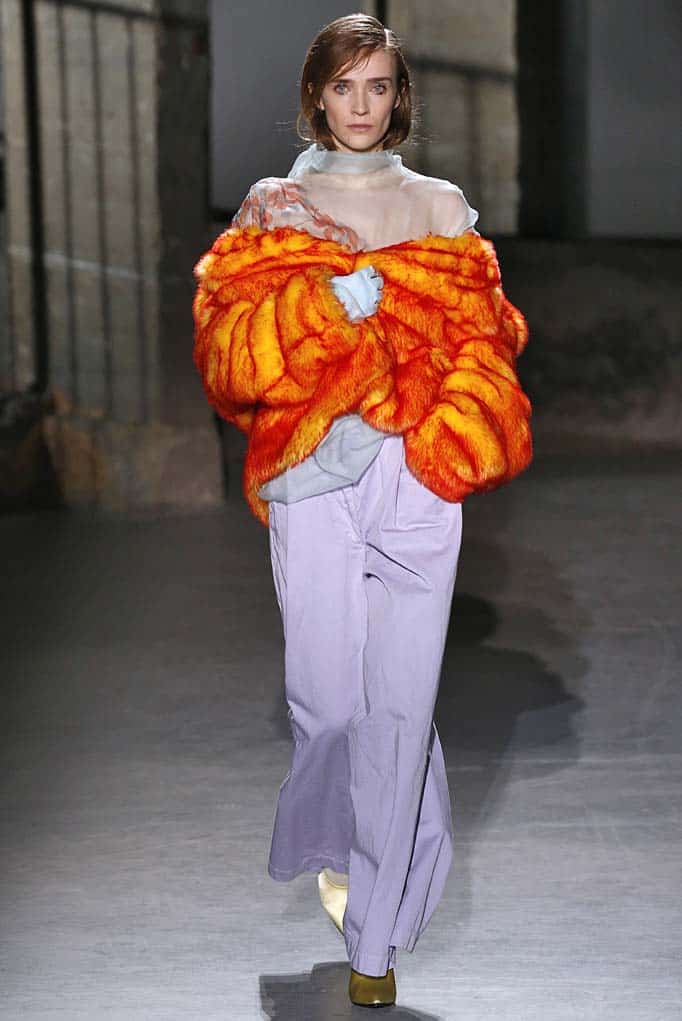 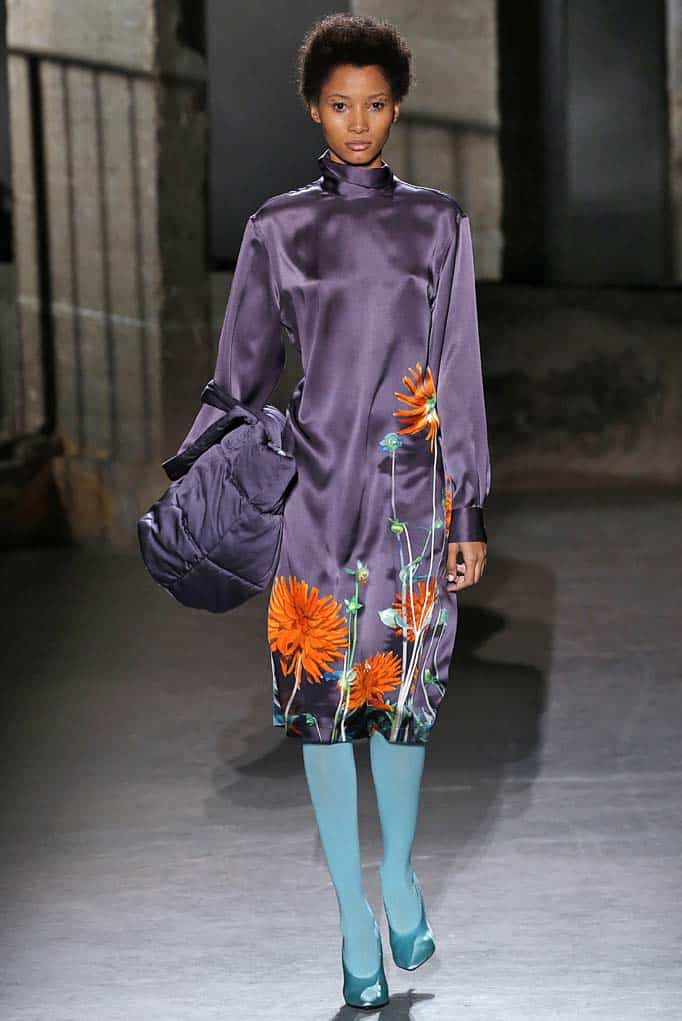 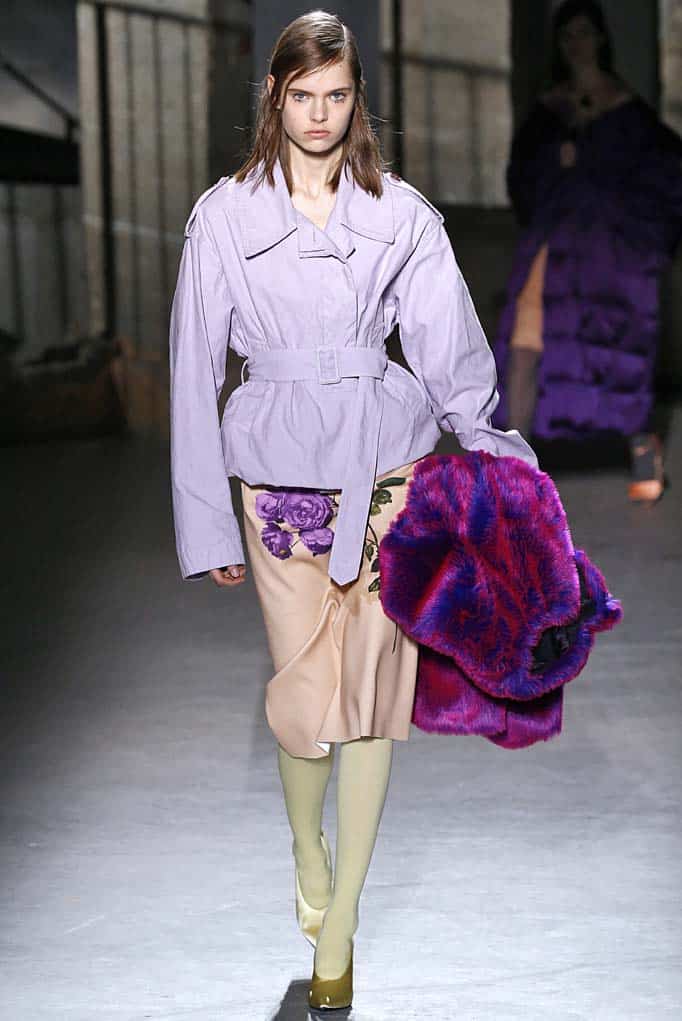 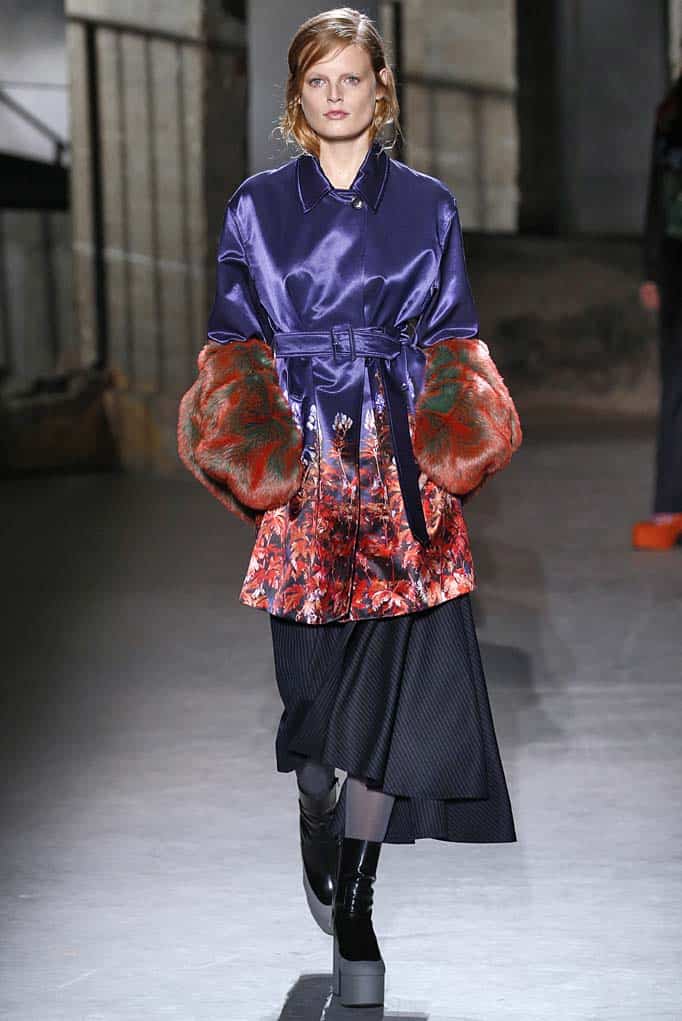 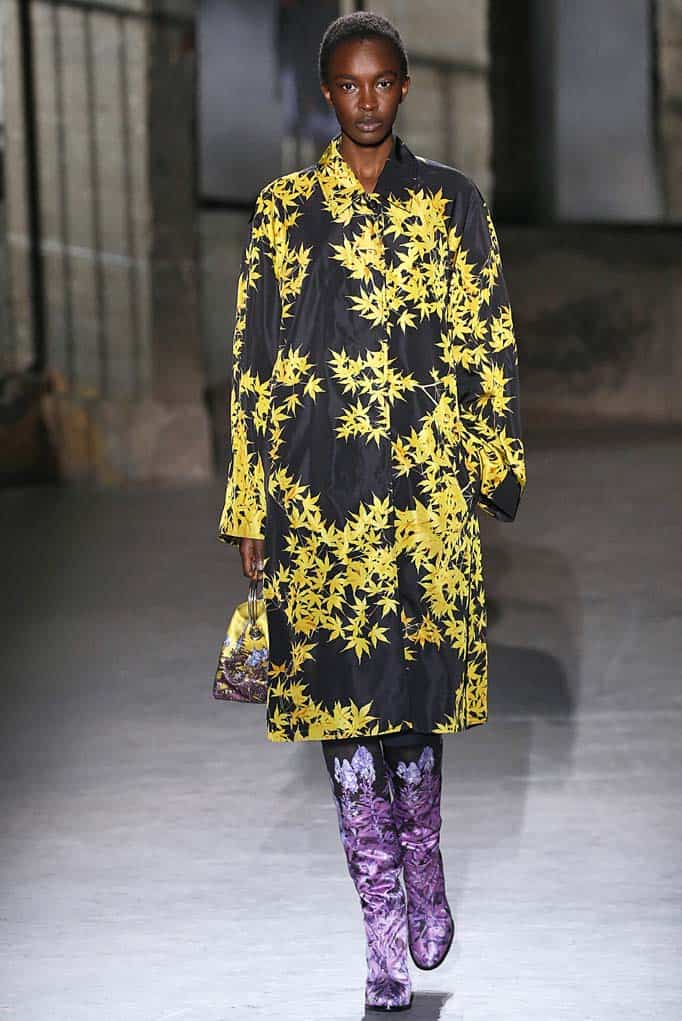 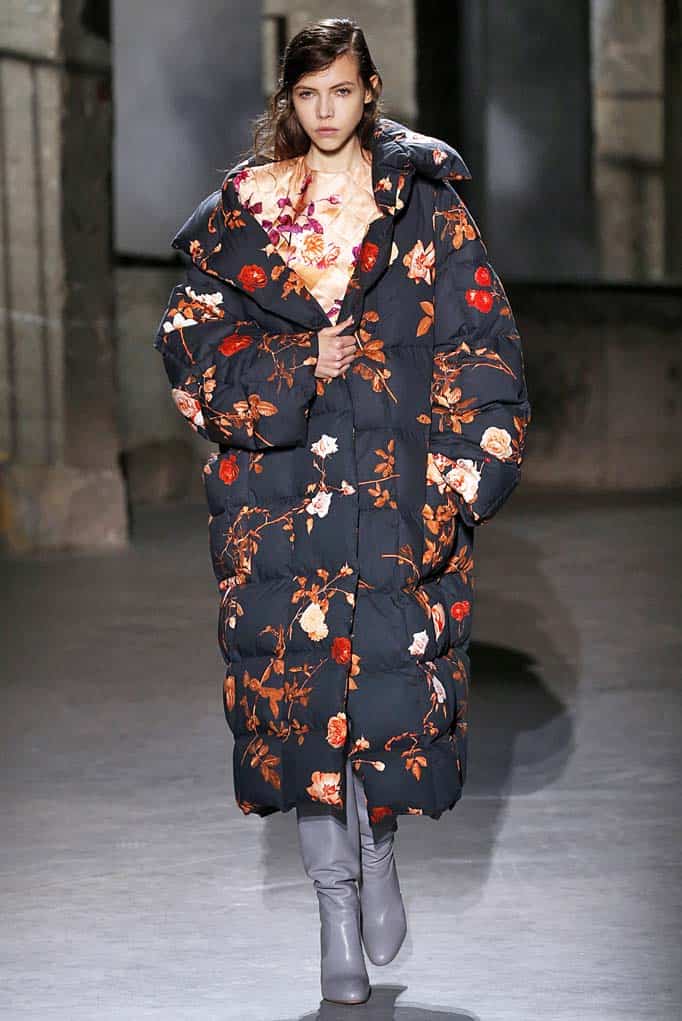 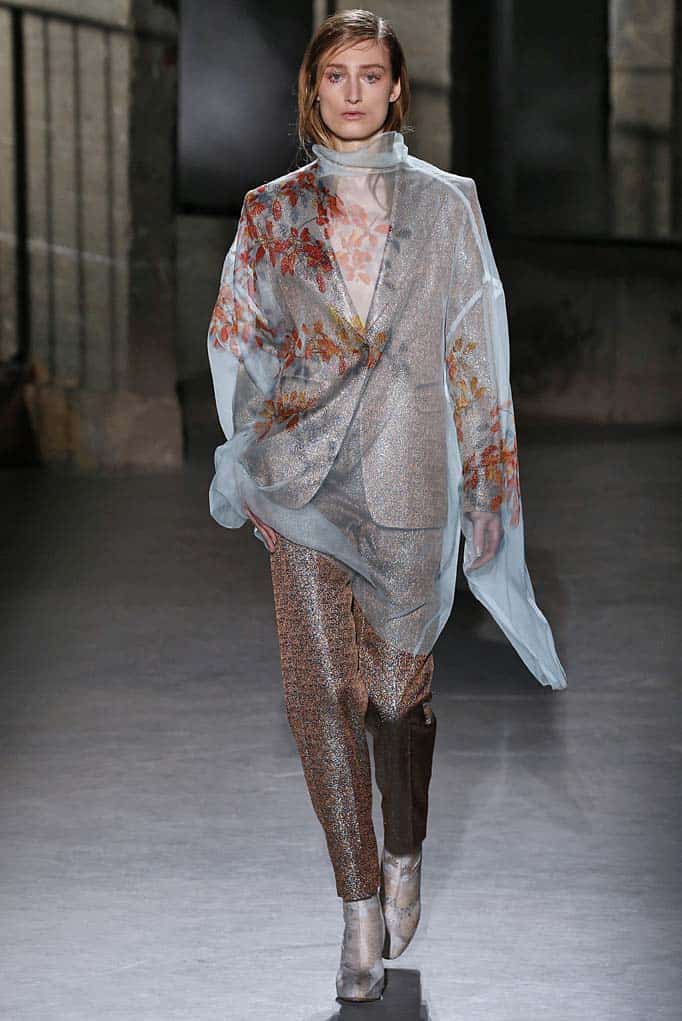 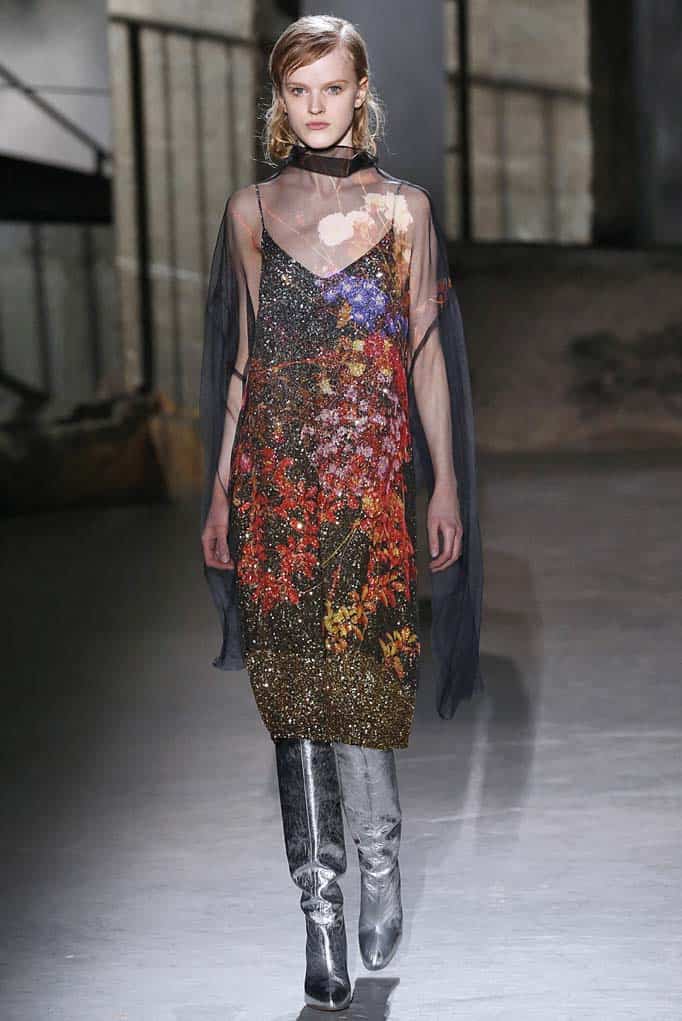 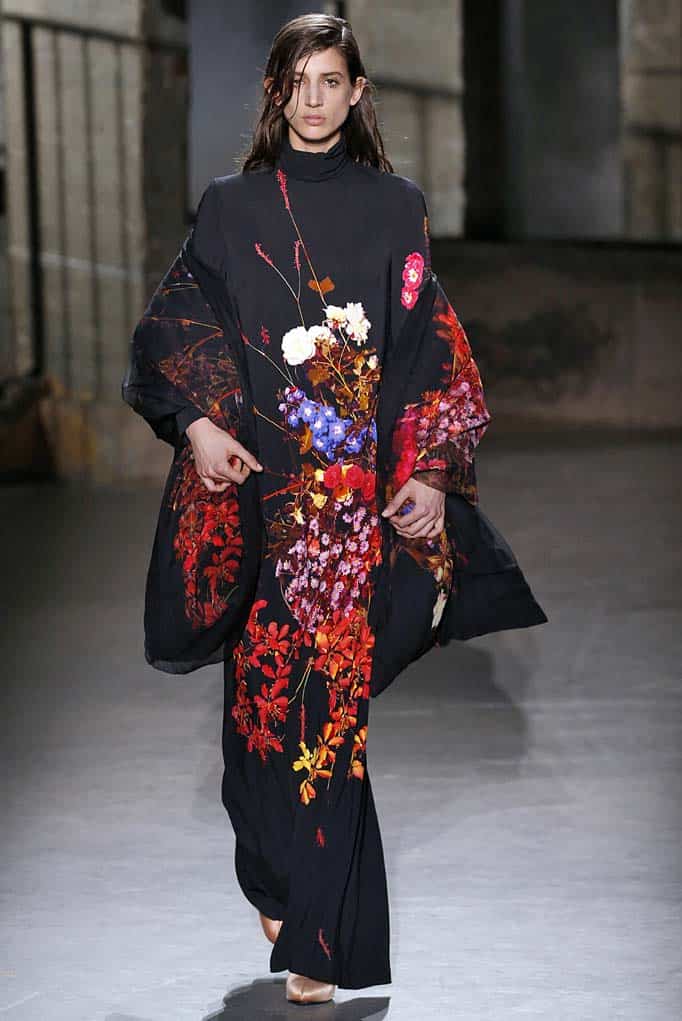 Hood by Air Is Coming Back From the Dead (Ssense)
On Wednesday, Hood by Air’s creative director and co-founder, Sahyne Oliver, announced plans to relaunch the buzzy brand, which went dark back in 2017. “No one knows how our comeback will be received,” Oliver told Ssense. “We are all hoping for the best, but we also understand some time has passed.”

Kenzo Launches See-Now-Buy-Now Collection at Paris Fashion Week Show
Kenzo’s Fall 2019 presentation included a capsule collection of see-now-buy-now styles as part of the brand’s ongoing La Collection Memento (of which this is the fourth edition), dedicated to revisiting the house’s archives. The collection features prints of hyper-real painted tomatoes in either red or yellow, which first made an appearance in KENZO’s Spring 1992 men’s collection. Shop the collection HERE. 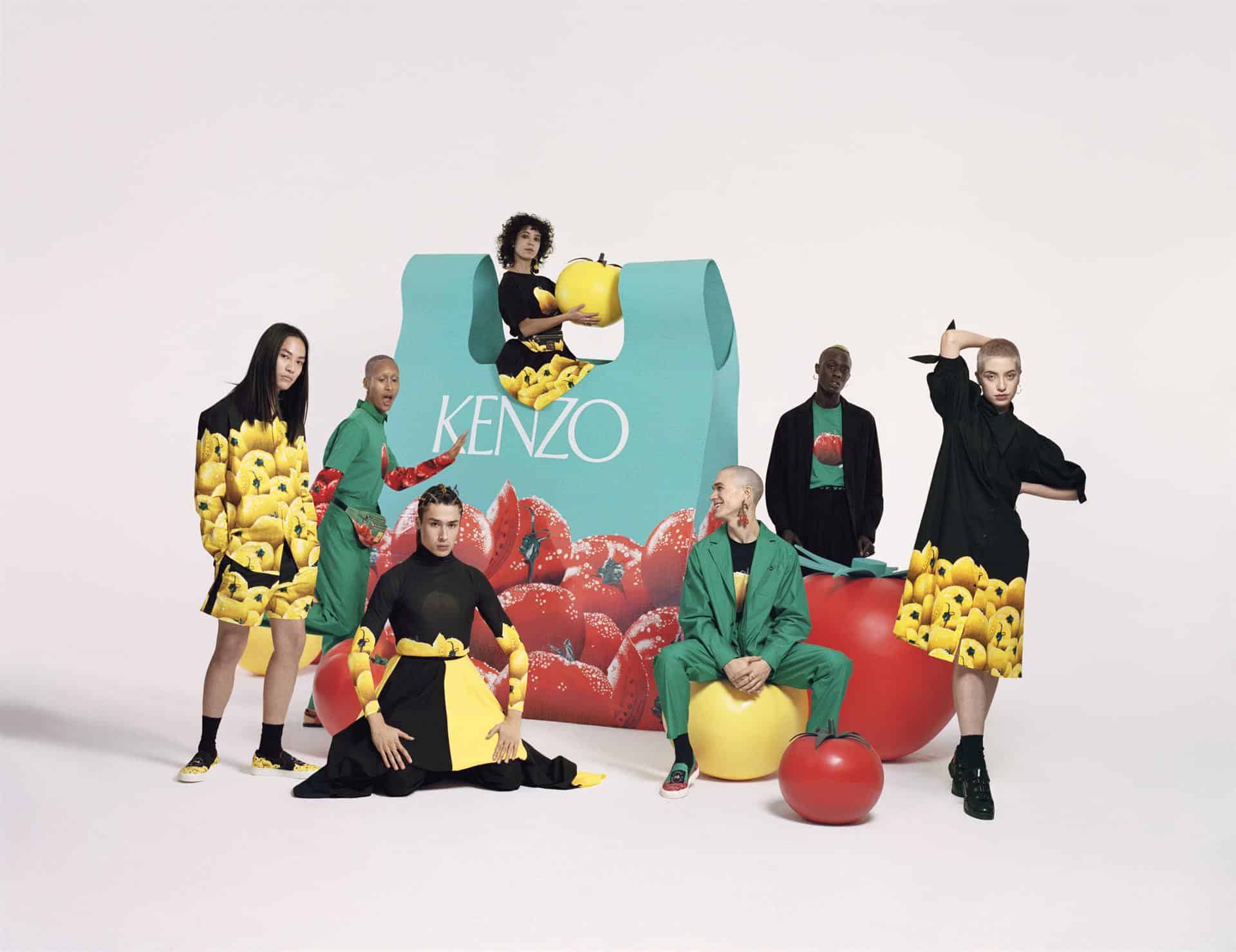 Stella McCartney Leads Campaign to Save Endangered Indonesian Ecosystem
Stella McCartney has launched the #ThereSheGrows Instagram campaign, enlisting the help of her friends to save the endangered Leuser Ecosystem in Sumatra, Indonesia. So far, participants in the initiative have included Gwyneth Paltrow, Pink, Drew Barrymore, Jimmy Fallon and Rooney Mara, with more set to join in a bid to raise public awareness for an important cause.

To take part, participants dedicate a tree to someone special, tell the story of their dedication and then nominate others to do the same with the hashtag #ThereSheGrows.

@stellamccartney is an incredible environmentalist and businesswoman, moving the needle in sustainability. She asked me to participate in the #thereshegrows challenge, which her foundation is starting to protect the Leuser Ecosystem in Indonesia. I am dedicating a tree in the name of my father, Bruce. Click the link in my bio for more information. And I hereby challenge @leonardodicaprio to dedicate a tree in the name of someone he loves! I love you, Stella!

McCartney has made a donation through the Stella McCartney Cares Foundation to environmental not-for-profit Canopy on behalf of those taking part, with their dedication symbolizing a piece of the forest that will be protected.

The aim is that as the public engages, the initiative will raise important awareness and drive further donations to Canopy through the Stella McCartney Cares Foundation page. Canopy works to protect endangered forests worldwide and the Stella McCartneyCares foundation’s donation—along with any additional funds raised—will directly help to protect the Leuser Ecosystem by supporting Canopy’s work there.

Oprah Winfrey and Anna Wintour to Take Part in 10th Annual Women in the World Summit
Can women save the world? That is the question at the core of this year’s Women in the World summit taking place at Lincoln Center April 10-12. Oprah Winfrey will deliver the keynote speech to open the event, which will seek to address how women can save the planet, battle misinformation, preserve journalism, champion same-sex love, advance the gains of #MeToo, confront authoritarian regimes, and promote the rise of women leaders. Prominent participants include Tina Brown, Adwoa Aboah, Anna Wintour, Brie Larson, Diane von Fürstenberg, Wanda Sykes, and many more. Tickets available now. 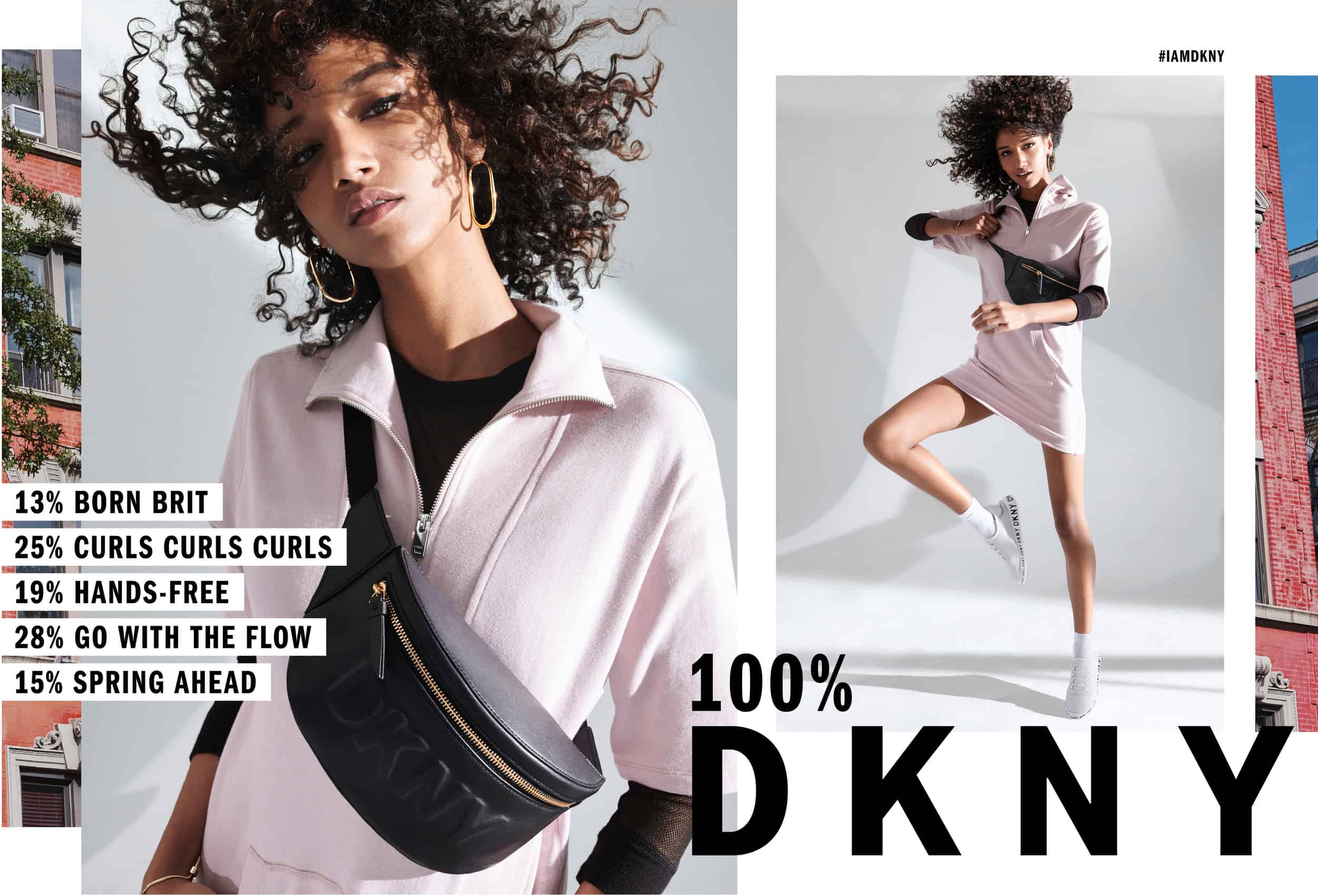 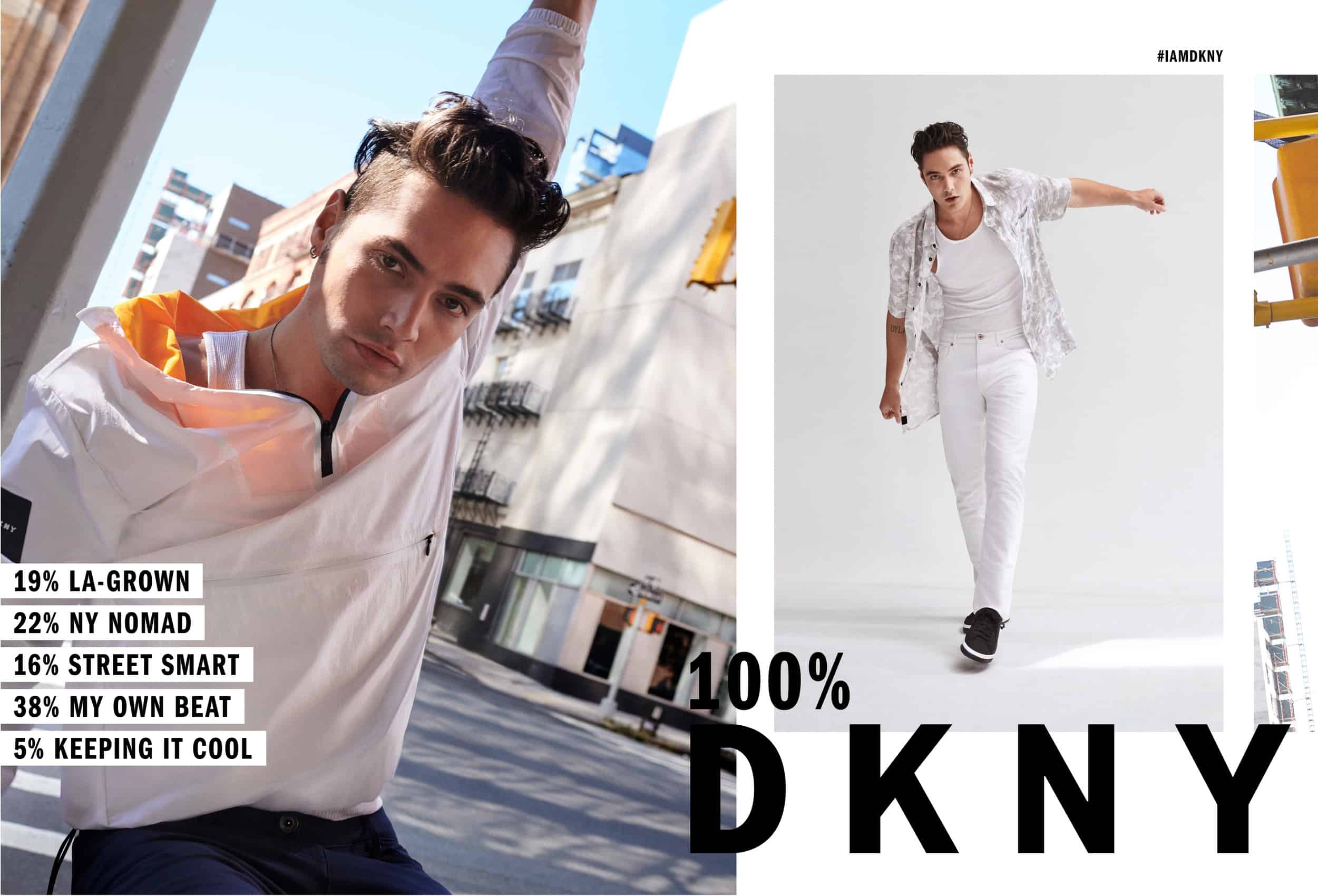 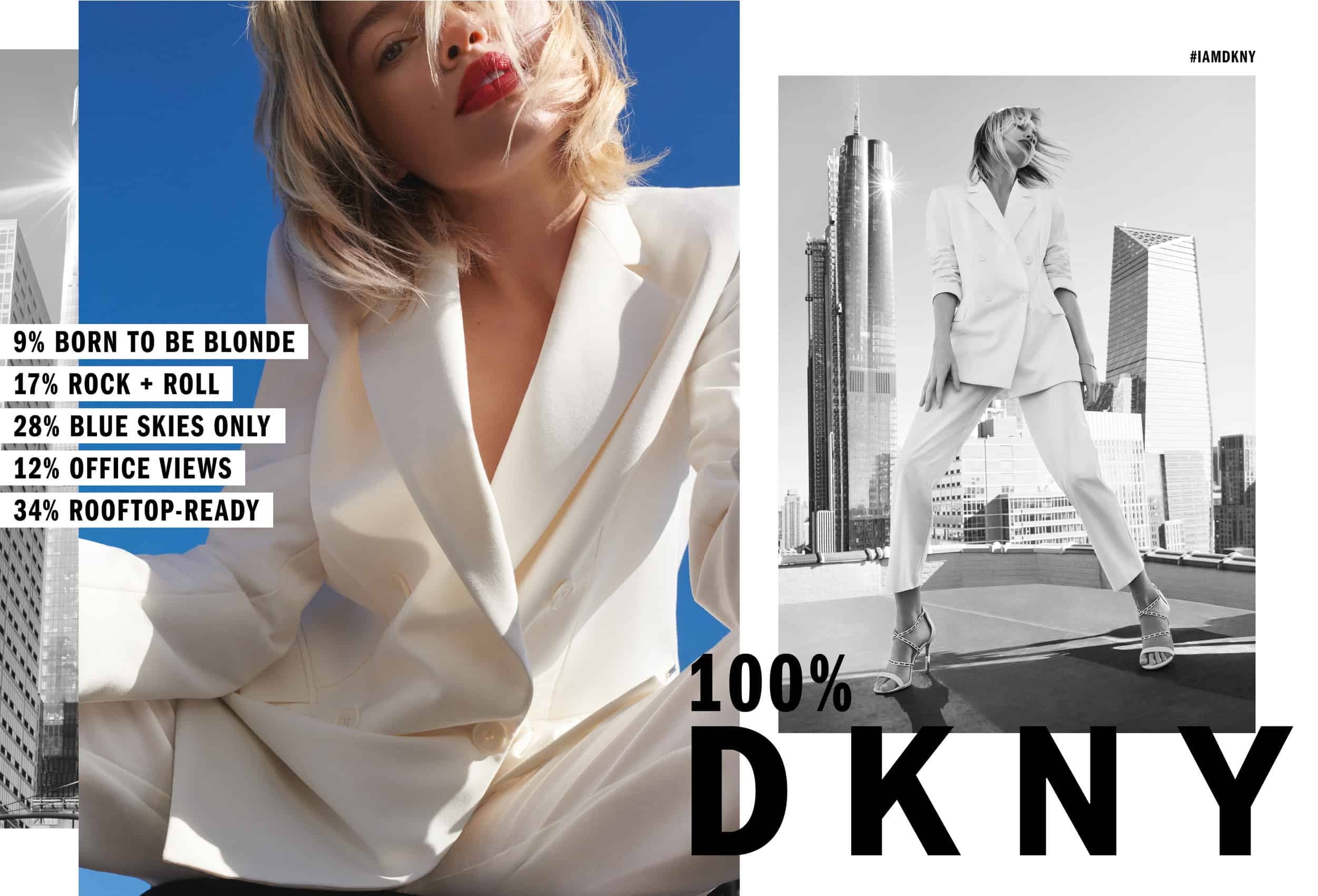 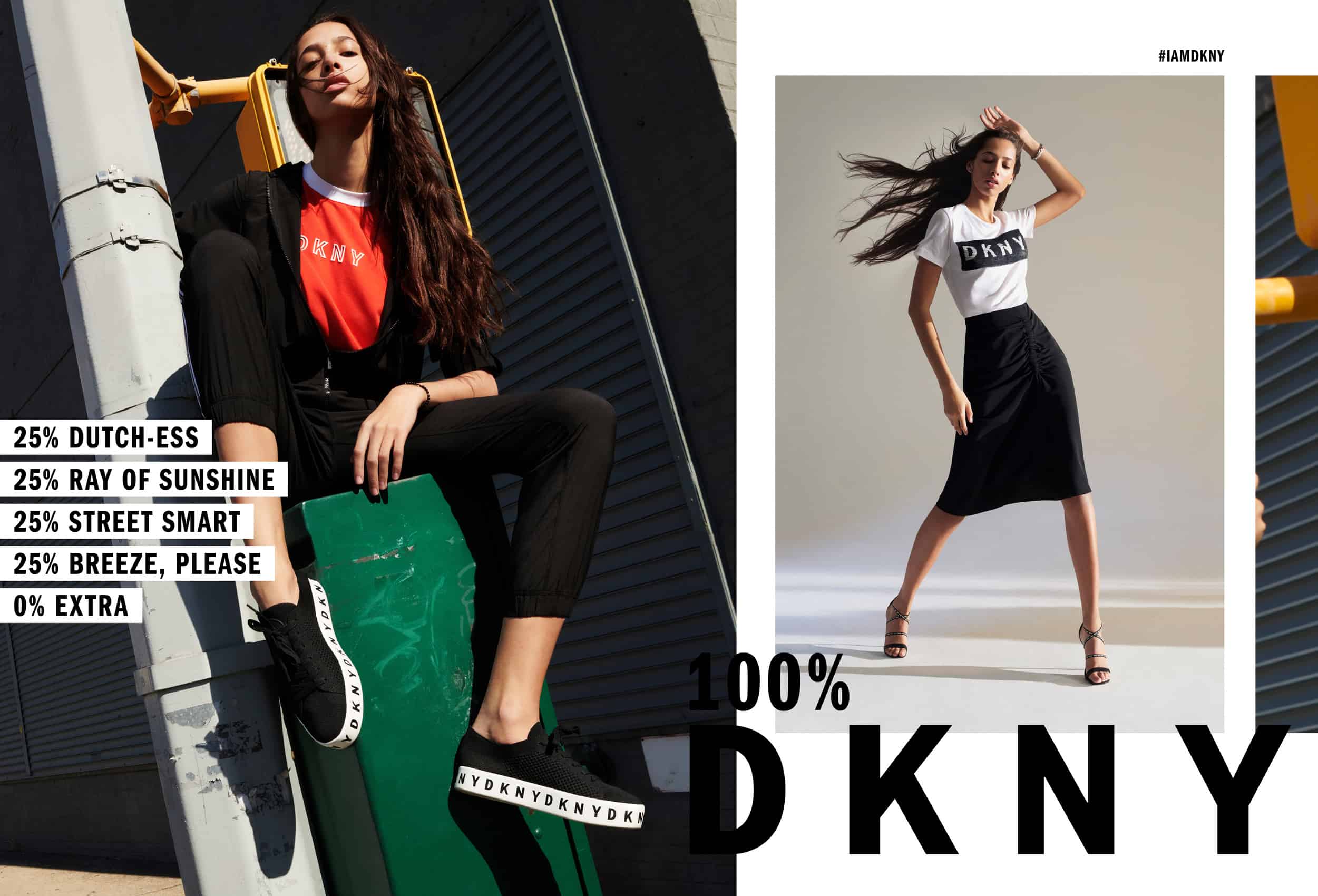 Sole Commerce Buzz: On the Floor at the Show

20 Things Every Brand Needs to Know About Working With Influencers