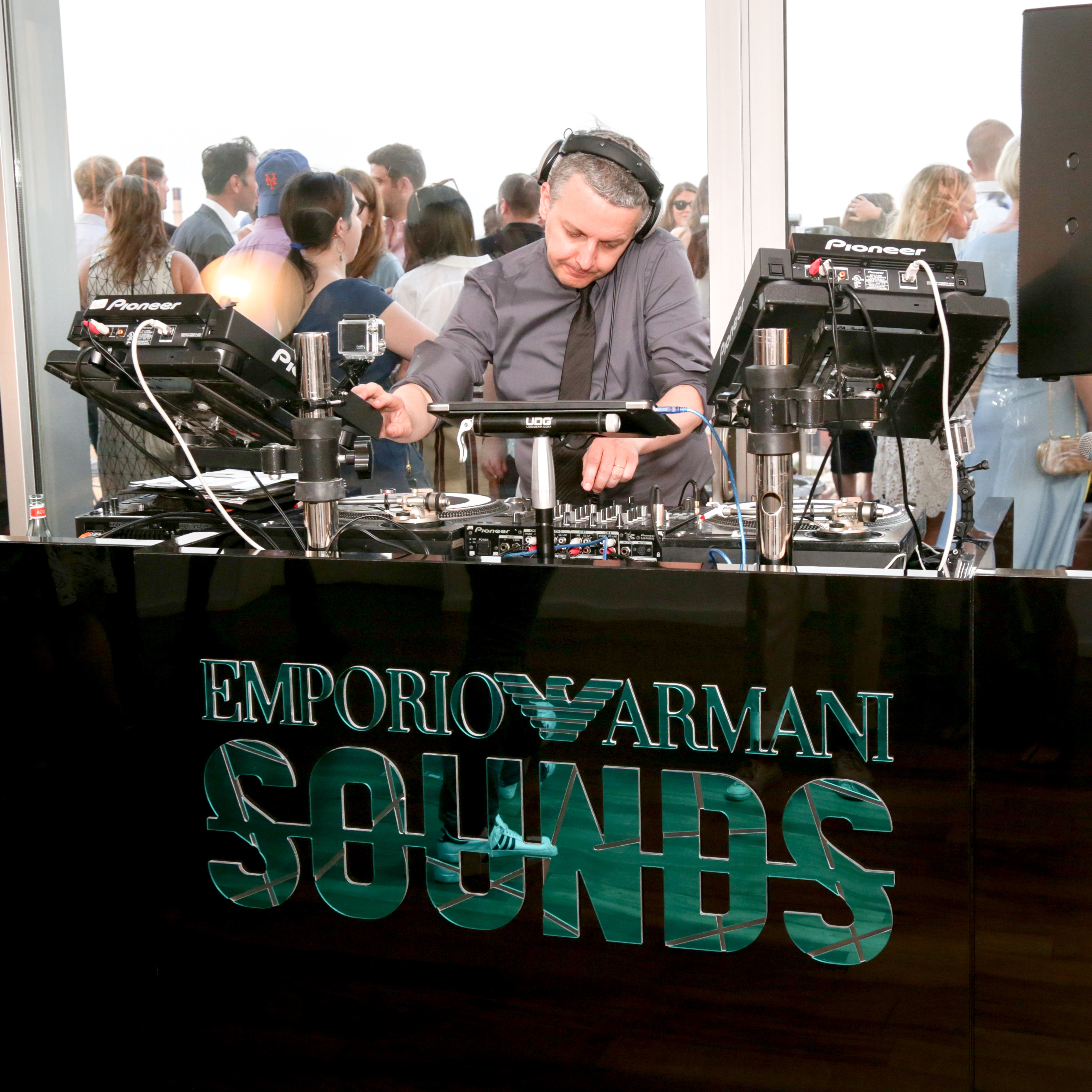 Music and fashion fused together on one rooftop draws the chic set every time, and combined with some cocktails, you’ve got Tuesday eve’s bash at the The Standard’s East Village location. In celebration of summer and music, Emporio Armani partnered with Standard Sounds for a sunset fête that featured DJs Nightmares on Wax and Ewan Pearson. The upbeat jams and open bar attracted the likes of Julia Restoin Roitfeld, Mia Moretti, Sarah Gadon, Brendan Fallis, J. Errico, Dani Stahl, and Michael Avedon. As the sun set, guests found themselves entertained by not only the tunes but also by digital Polaroid cameras set up on every table, which guests were encouraged to play around with. (Good idea, as it was definitely an evening worth capturing!) Emporio Armani is rolling out a series global concerts and musical parties worldwide. The concert set was the first of a four-part New York DJ performance series that will take place until October.  Music to our ears!