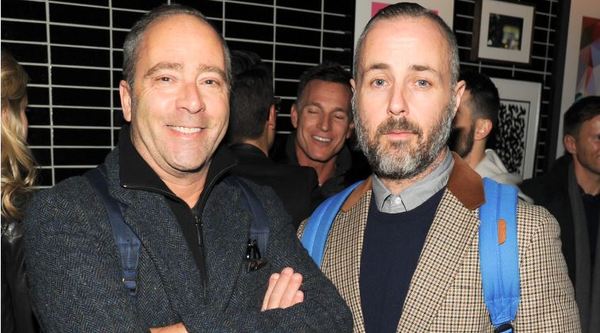 (NEW YORK) Duckie Brown plans to take on the world of womenswear this coming fashion week. The duo behind the stylish hommes label, Daniel Silver and Steven Cox, have held court in the menswear category since 2001. They dabbled in womenswear briefly with a small knitwear collection in 2011. While Silver and Cox have taken the risk of putting men in skirts, this time, they’re giving women a menswear spin.

Former ventures that the duo have conquered include a shoe collab with Florsheim that garnered a cult following, and a short-lived pairing with Perry Ellis. The plug was pulled on the label, Perry Ellis by Duckie Brown, in June 2013, a year after it began.

What to expect from Duckie Brown’s foray into women’s wardrobes? It will include an array of looks, including outerwear, dresses, pants, totaling 50 pieces, give or take. But when it premieres during the label’s February catwalk show, there will just 10 female mods in the lineup. The designs will be decidedly downtown and will borrow from the line’s aesthetic for men, echoing lad-friendly silhouettes and colors. The designers promise that their signature spotlight on the art of tailoring will be included for the ladies as well.

'Girls' Brings Brooklyn To Manhattan For An Eve