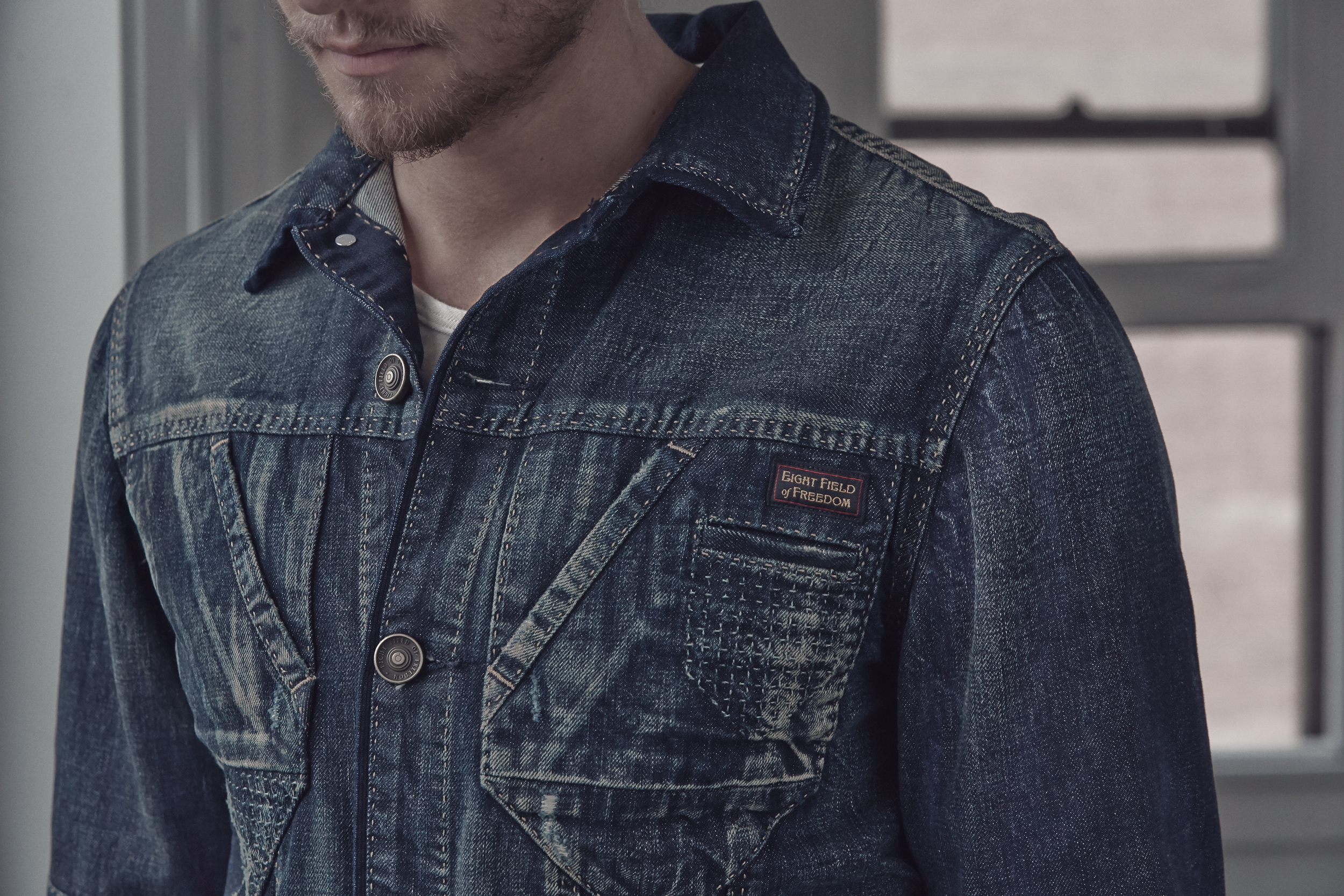 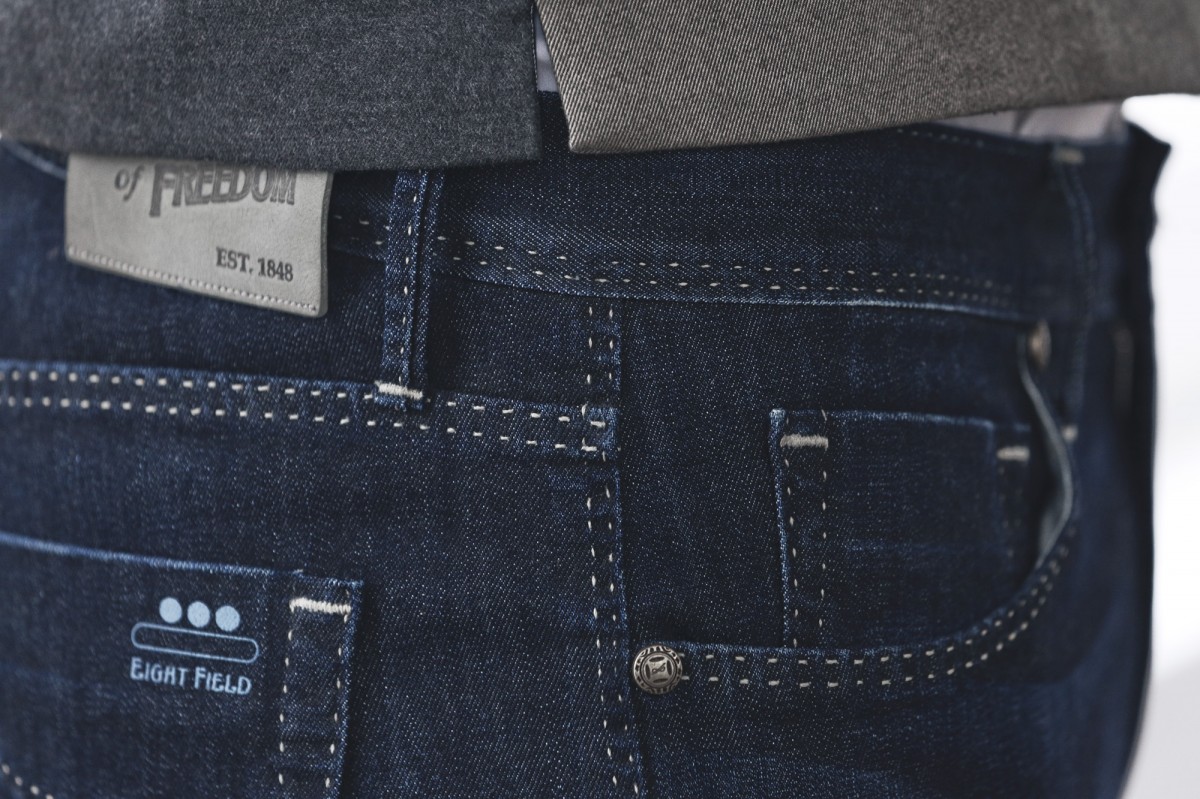 There’s another new denim contender in the biz, and this one comes with a major advantage in the form of industry vet Gonazlo Posada, who recently launched Eight Field of Freedom. Posada’s  experience in apparel includes a dozen years at Guess Jeans starting in the late 1980s; he also helped put True Religion on the map. Now the L.A. based designer is bringing his passion for denim to stores like LASC, Kitson, Two Old Hippies, Gorsuch, and Ron Herman, with more retailers signing up every day. Currently, the line, priced at $189 to $352, is strictly for the dudes, but in Spring 2016, Posada will launch a women’s line, which mimics their men’s collection with softer fabric and more feminine washes. Posada rang us up from his downtown L.A. HQ…

What makes these jeans unique?
Several factors make them special. Number one, they’re all handmade. That’s different from what you see on the market. I’ve noticed when you walk into a department store or a denim store; you see a bunch of denim lying on tables. If you take the label off, I guarantee you, you wouldn’t know who it’s by. There’s a lack of identity and creativity. Our garments are sewn on machines from 1912; I pulled them out of the graveyard, and fixed them up.

Where did you find the sewing machines?
I went into a guy’s shop and asked what the machine was for. He said, ‘those machines are good for sewing hats,’ and I was like, wow… if they can sew hats, they can definitely sew denim. So we brought it down to play with it, I worked with him and his mechanic on the engineering side, and explained what I wanted to do with the machine. It was a whole process.

How do the machines affect the look?
We’re doing a pick-stitch that takes two days to do on each garment, which is why they’re expensive. We’re using expensive fabrics, so we don’t jeopardize the look or concept. These are labor intense constructions. I believe that if you’re selling a garment at this price level, its look and feel has to be worth it.

Why’s the brand called Eight Field of Freedom?
I’ve always loved the number eight. It has so many meanings to me, as it does to Chinese people to well. It’s open, endless, it’s infinity, and it’s love, passion; all of the good things you can think of. Eight Field is about being good to each other. Infinity. Prosperity. Endless.

There’s a lot more competition in the denim orbit than when you started…
Definitely! People were willing to pay top dollars for a premium brand. From 2003 to 2006, there was a boom where people didn’t care to pay $100 to $300 dollars for a pair of jeans. Then it kind of died out in 2008 or 2009 during the recession, when small companies closed down. The only ones left were the big guys: Joie Jeans, Citizens of Humanity, J Brand, True Religion, and G-Star.

Where were you born?
Mexico. I came to America when I was 17 years old for vacation. I started studying here, and never went back.

Do you wear jeans everyday?
Yes! It’s in my veins; it’s part of who I am. 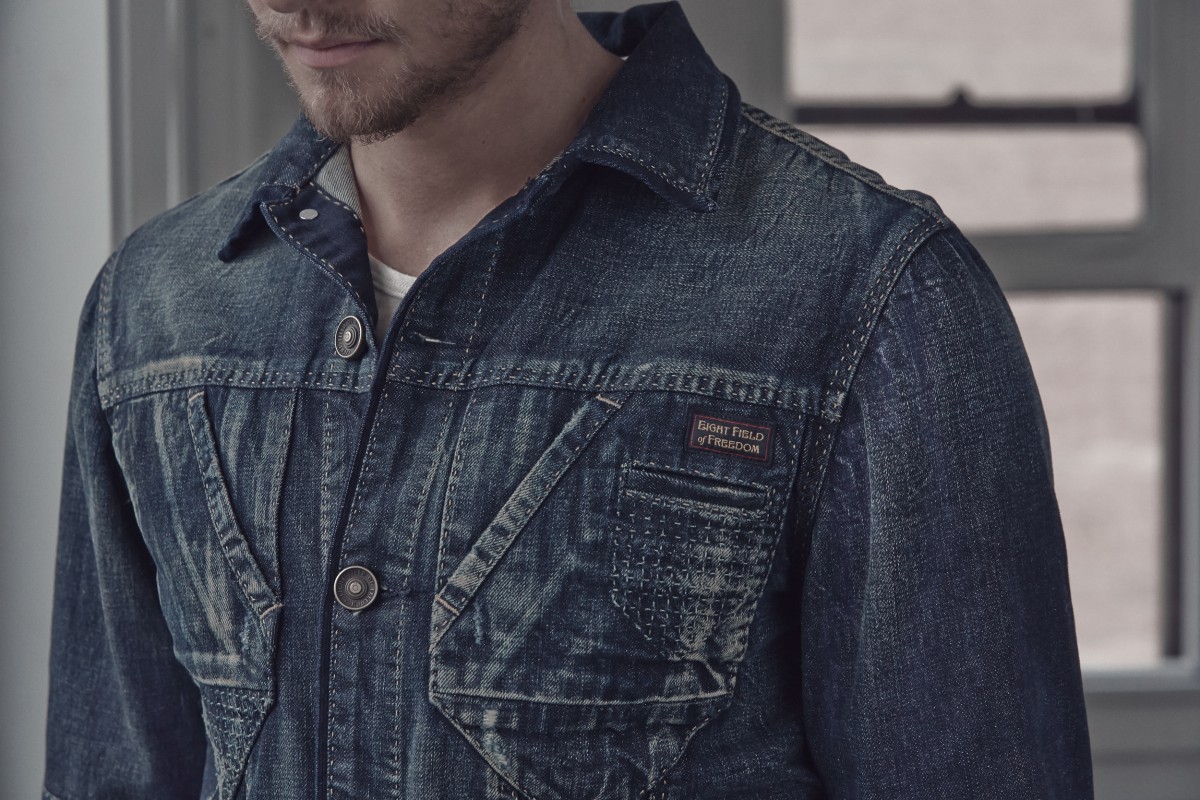 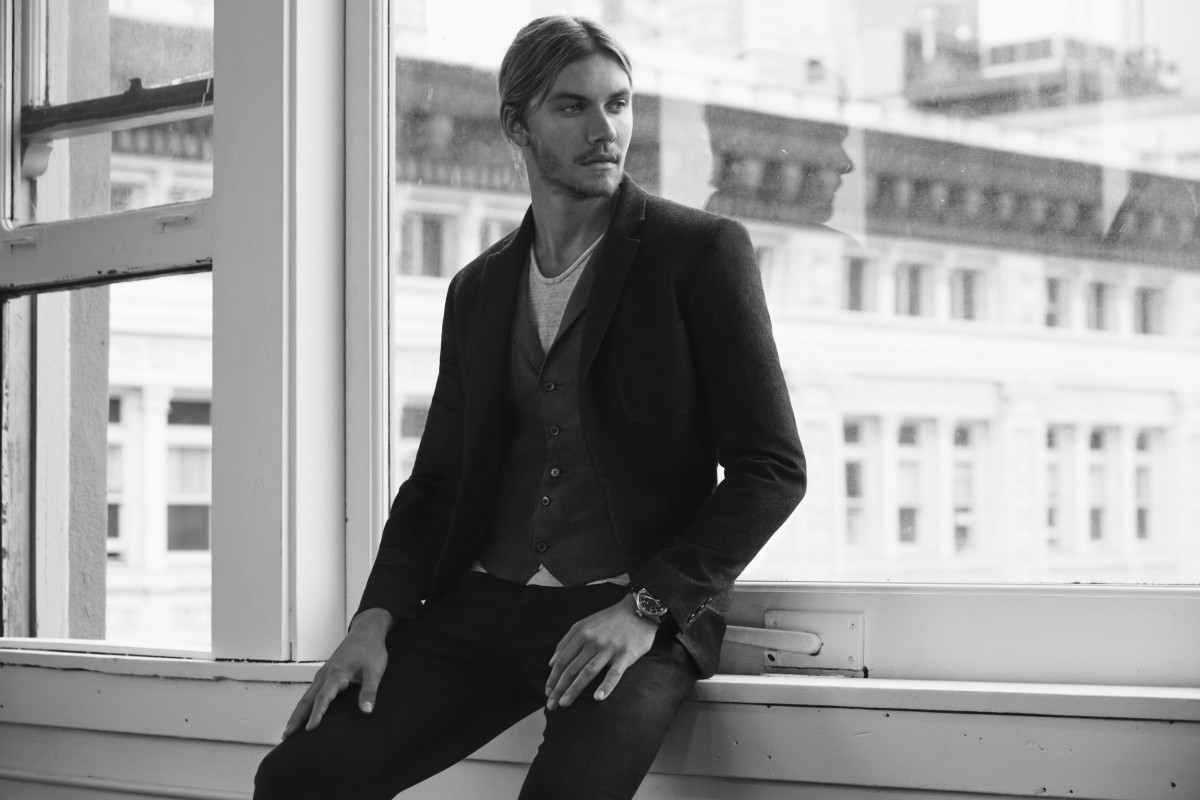 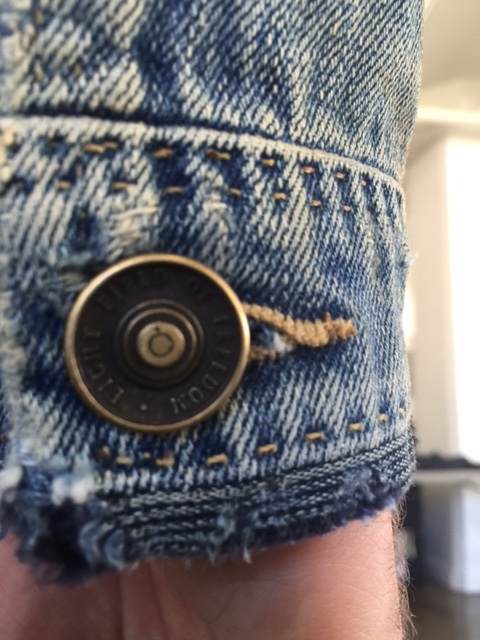