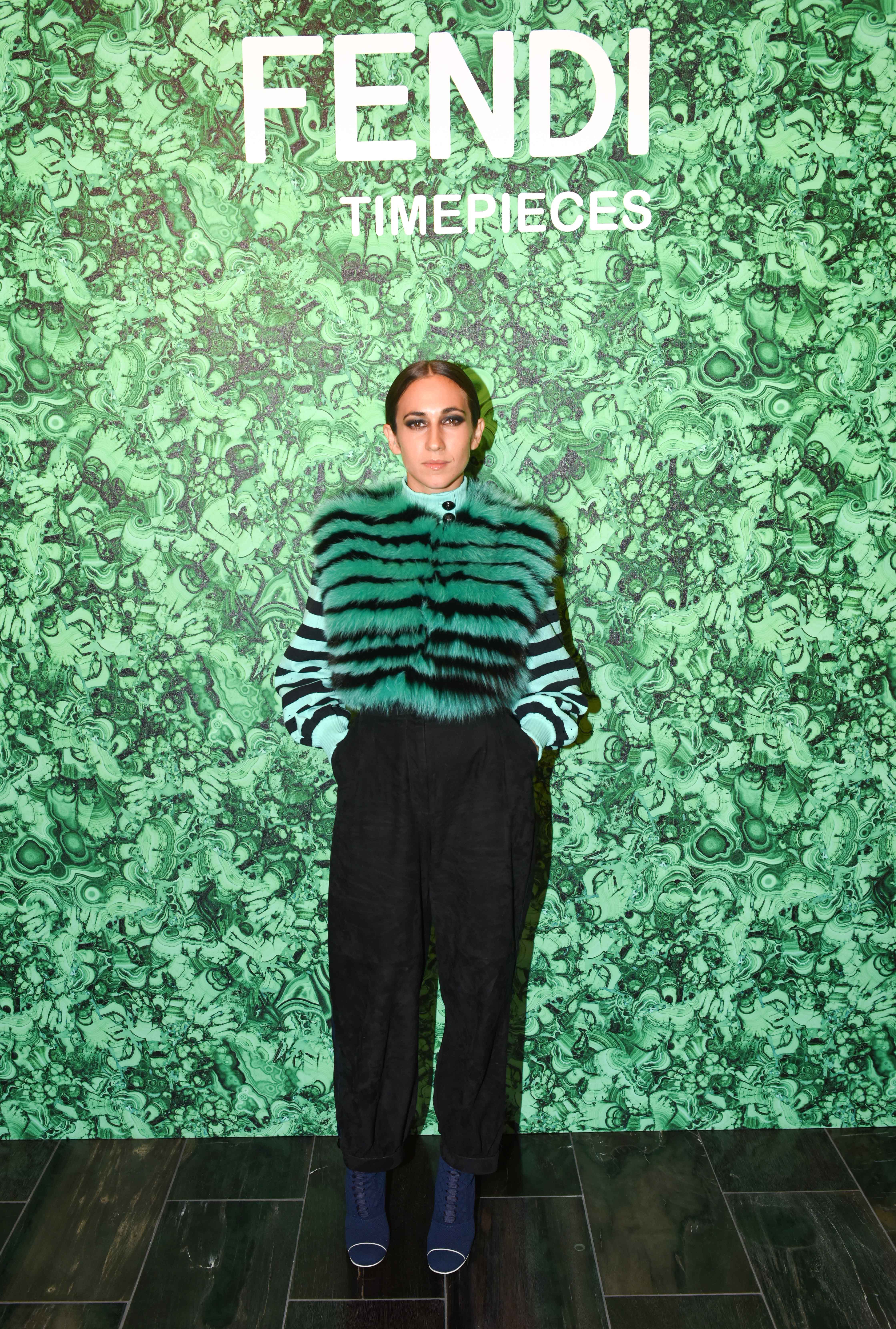 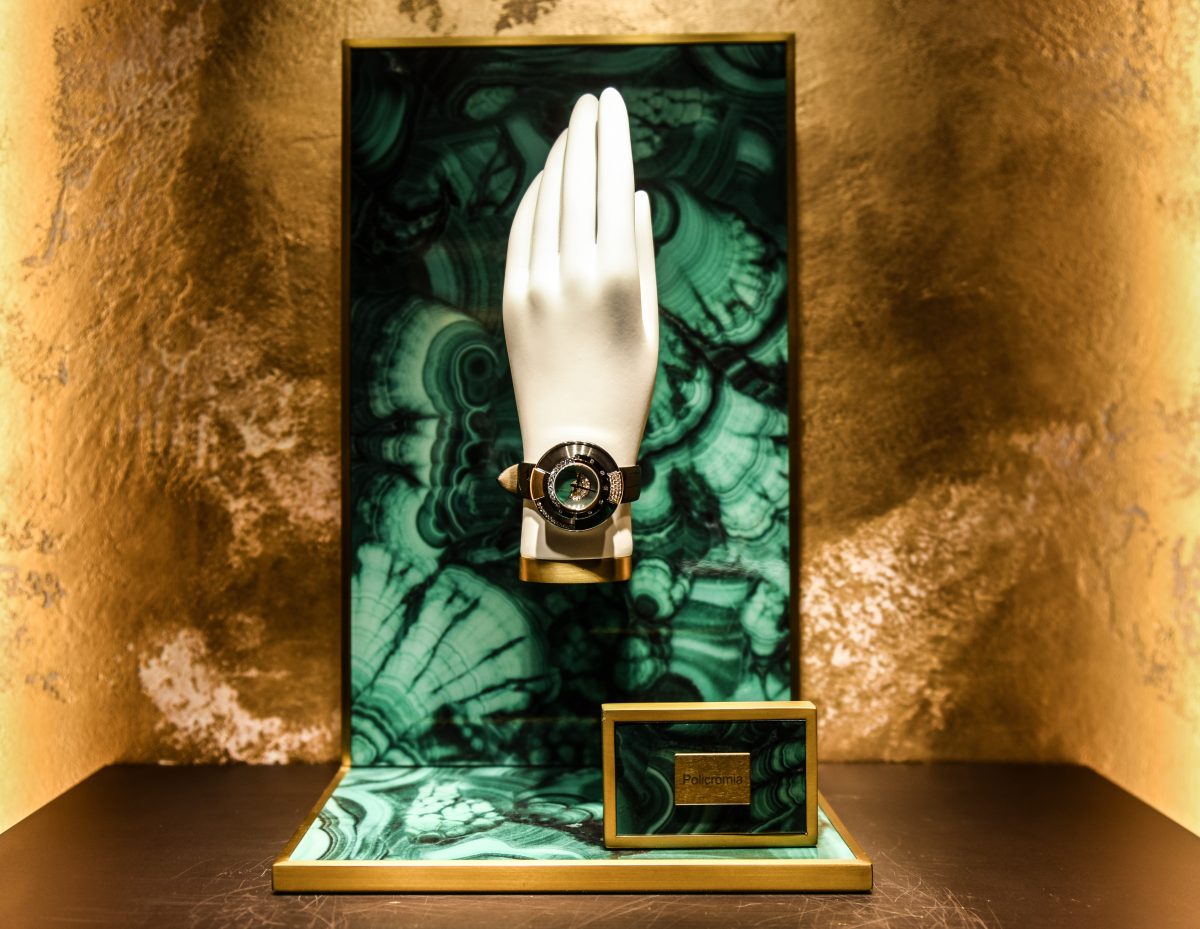 Fendi unveiled its latest timepiece on Tuesday evening at the Italian luxury house’s Madison Avenue boutique. Policromia is its latest exclusive timepiece, designed by jeweler and fourth generation member of the Fendi family, Delfina Delettrez. While she has designed jewelry for Fendi in the past, this unveiling marks Delettrez’s first-ever watch design. “For a jeweler, to finally put your hands on and create a watch is a big responsibility,” Delettrez told The Daily. “The amount of time, hard work, and expenses is incredible. I was stressed, but I treated this watch as if it were a piece of jewelry. I had the best Swiss and Italian experts working with me, so I felt safe.”

To celebrate the watch, a film by Daniel Sannwald was unveiled in the store, marking Sannwald and Delettrez’s third collaboration together. “I think we first met through a mutual friend over email after I saw his work somewhere in a magazine,” said Delettrez. “I saw his work in a magazine somewhere and I was attracted by his work. I loved his spirituality. I loved how he could make a real woman look like she belonged to another planet.” The otherworldly theme is something Delettrez is known for creating in her own surreal jewelry presentations, which have featured things like robotic hands, floating display discs, and moving ears that glide across mirrors. “It’s nice to escape sometimes. I would be too egocentric to think that there is just one dimension,” Delettrez addd. “I’m convinced that so many other dimensions exist, so I’m trying to imagine what this other hidden dimension would look like—my own hidden dimension.”

The watch, which takes its name from the Greek words poly (multiple) and khroma (colors), comes in a combination of colors, precious stones, and asymmetrical bezels for a unique 3-D effect. What’s more is the watch can be customized—which means that you can play around with the colors and stones, but also that once you’ve created your specific composition of materials, the watch can never be replicated in the same way.

Delettrez, who was wearing one of the watches at the event, said she is still waiting for her personalized version. “I mixed many different stones that weren’t available in the 20 different styles,” she said. “I used materials like calcedony and onyx and mixed them with both transparent and matte stones.” She’ll keep both, naturally. The designer, who was decked out in mint-green striped Fendi fur and sweater, can have what she likes from the maison. “I have access to even more—the family archive,” said Delettrez, including the iconic Fendi coat worn by Gwyneth Paltrow in The Royal Tenenbaums, she told us. So is anything off limits? “No,” she said, before adding, “Well, maybe the Maria Callas’ coat.” We’re sure she has plenty of time to get her hands on that one, too.