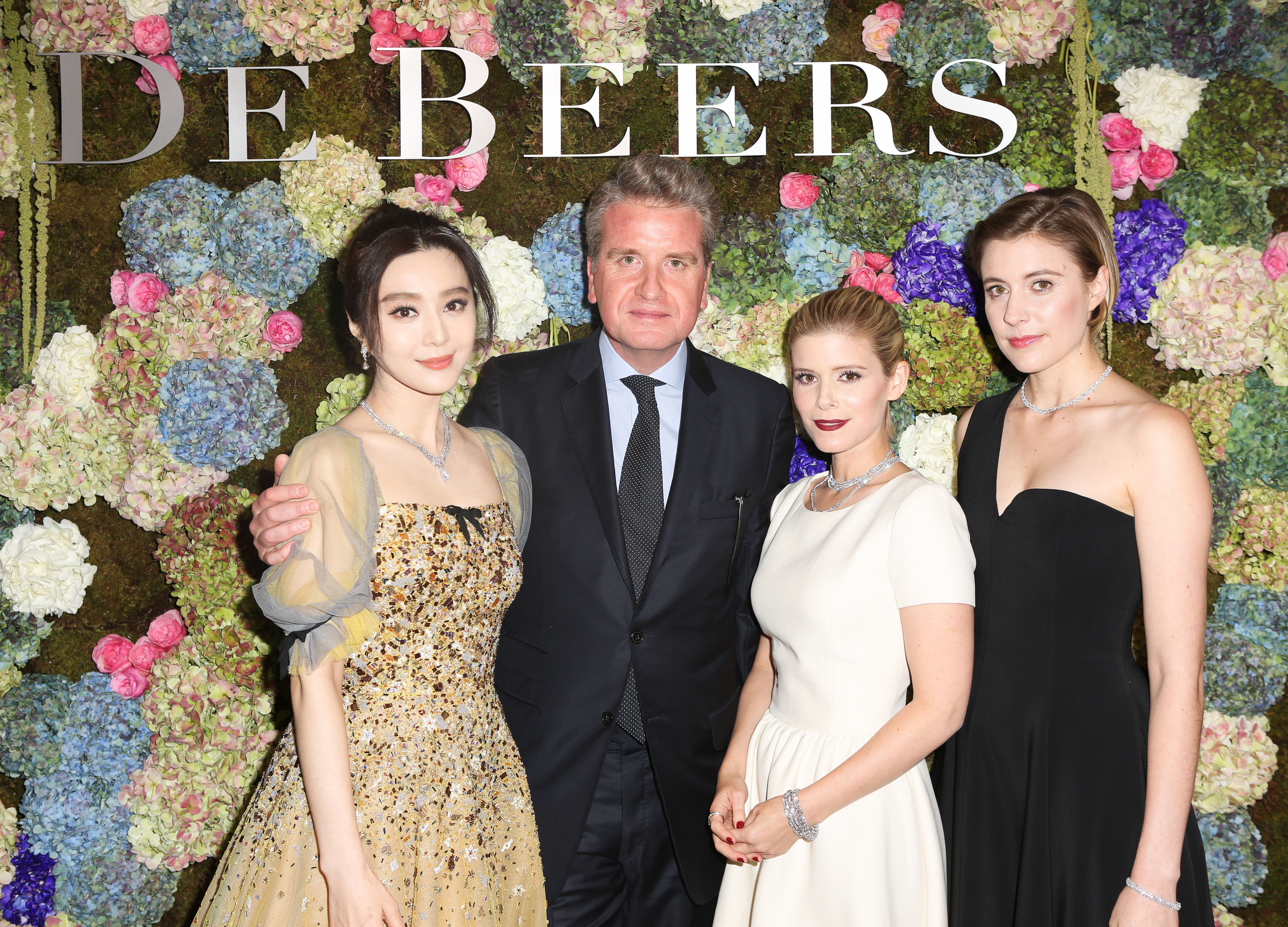 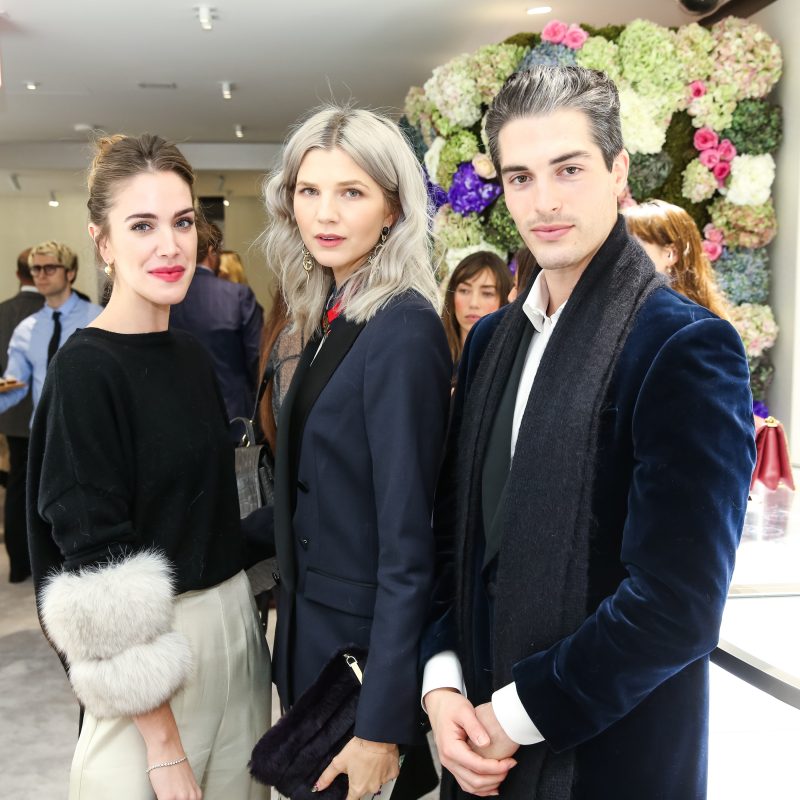 De Beers opened the doors to its brand new Madison Avenue boutique last night to a packed house. The new two story 2,153-square-foot store on 716 Madison features the brand’s stunning high jewelry collections on the ground floor while the second floor is dedicated to bridal with a welcoming salon and private client rooms for a personalized shopping experience. Inside you can learn about De Beers iconic diamonds and feel a rough diamond in the palm of you hands (that’s a rough cut diamond that will one day be an approximately 50-karat emerald cut), or create your own solitaire ring through their bespoke “For you, Forever” service. Plus, the high jewelry collections from Couture Week in Paris and the latest London by De Beers High Jewelry collection will be available alongside exceptional solitaires in the 1888 Master Diamond Collection.

It was quite a crowd last night at the opening with A-listers like China’s Fan Bingbing, Kate Mara, and Greta Gerwig. Bingbing is widely known as “China’s Angelina Jolie” and is equally known for her exceptional fashion sense (take a look at her red carpet moments at Cannes for example) as she is for her acting. Bingbing, who is in town for five days, caused quite a stir in her statement making, canary yellow Reem Acra ball gown. Before being rushed out to her car by her security team, Bingbing told The Daily, she’s looking forward to visiting Central Park and shopping at Bergdorf Goodman while she’s in town. “She’s such an amazing woman. I had the pleasure to meet with her in 2004 when I was in Asia so we’ve known each other for more than 10 years now,” said François Delage, CEO of De Beers. “Although she’s talented and a superstar, she still remains very authentic, very down-to-earth, and very sweet. We did a store opening in China together and afterwards we went to dinner and karaoke just like you would do with friends. It was nice. She’s what I would really call a friend of the brand.”

Mara, who has four movies coming out next year, and indie actress Greta Gerwig, who is making quite a name for herself with roles in Jackie and 20th Century Women, were both in attendance decked out in De Beers jewels in addition to Fan Bingbing. “What matters to us is that we stand for authenticity. We stand for preciousness. We stand for natural beauty,” said Delage. “I think the De Beers woman must relate to that in some way. So we are more interested in talented and accomplished women than just celebrity. We are looking for women with talent and an authentic personality.”

While Fifth Avenue barricades due to security and protests have been causing many retailers unwanted headaches during the holiday season, Delage said their move from Fifth Avenue to Madison just happened to be perfect timing. “This had already been in the planning for two years,” said Delage. “We were very happy in New York on Fifth Avenue when we started in 2005, but what we have seen over the years is an evolution and transformation of Fifth Avenue. It became much heavier in terms of traffic, but not necessarily quality traffic. In listening to our clients, we realized that they all wanted something that was closer to a more intimate experience and to be at an address that would better benefit the brand. So the move to Madison Avenue was a strategic decision and the objective was really to offer to our clients a more enjoyable shopping experience.”

According to Delage, the brand was looking for exact positioning between Barneys and 64th street on the west side of the sidewalk. So how hard is it to find a commercial real estate space in Manhattan, especially in such a specific location? “It took us a little bit, but we have time,” said Delage. “America is an important market for us, as well as England and France and, of course, Asia and in particular China. That’s why the New York store opening is so important for us, because not only is it important for New York but also because New York, like London, is a capital of the world, so it is also significant for the international client. I think when you are dealing with the delicate nature of diamonds, which have been produced 900 million years ago, you have time in front of you to do things right.”

Katie Holmes Makes Directorial Debut in “All We Had”

Josep Font: Getting to Know the Man...