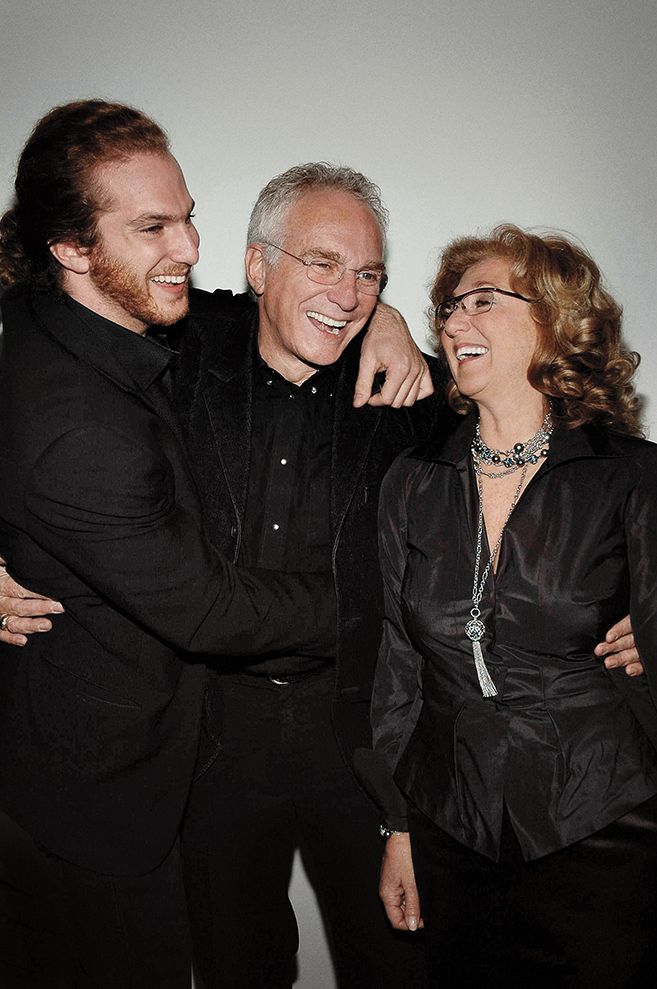 Want more delicious dish on your fave bauble line, David Yurman? Coming right up. Starting at year one, or David’s birth date, this is one flashy trip through memory lane.
BY PAIGE REDDINGER

1969: David meets Sybil while working for sculptor Hans Van de Bovenkamp in New York City. She would become his co-creater—his partner in business and life.
Late 1960s David and Sybil create their earliest collections under the name Putnam Art Works, selling them at arts-and-crafts fairs around the country.

1970s: David designs the sculpted bronze Dante necklace as a gift for Sybil. A gallerist falls in love with it and places a few in her gallery. They immediately sell out, launching the Yurman’s first jewelry business.

1979: David and Sybil Yurman get married at Temple Emanuel in New York. Afterward, they meet some friends for lunch, then head straight to a business meeting, planning to sell their company. The sale is supposed to be Sybil’s wedding present, but the offer is too low. The Yurmans walk away from the deal.

1980: David Yurman, the brand and company is created, and later that year receives the Jury Award from the World Gold Council for the Starlight necklace, a precursor to the iconic Cable design.

1982: Evan Yurman is born on January 31. From a very young age, he shows an aptitude and love for design.

2001: The David and Sybil Yurman Humanitarian and Arts Foundation is established. David Yurman Angel Awards are presented to individuals who give the gift of time and funding to charity and the arts.

2003: The company moves its headquarters to NYC’s Tribeca nabe.

2010: David Yurman celebrates its 30-year anniversary with the opening of The Townhouse, its new flagship on Madison Avenue, and a shop in Paris.

2013: Evan Yurman celebrates a decade as a key creative leader in the design of the men’s, wedding, timepiece, and high jewelry collections.

How Zitomer Became An Upper East Side...