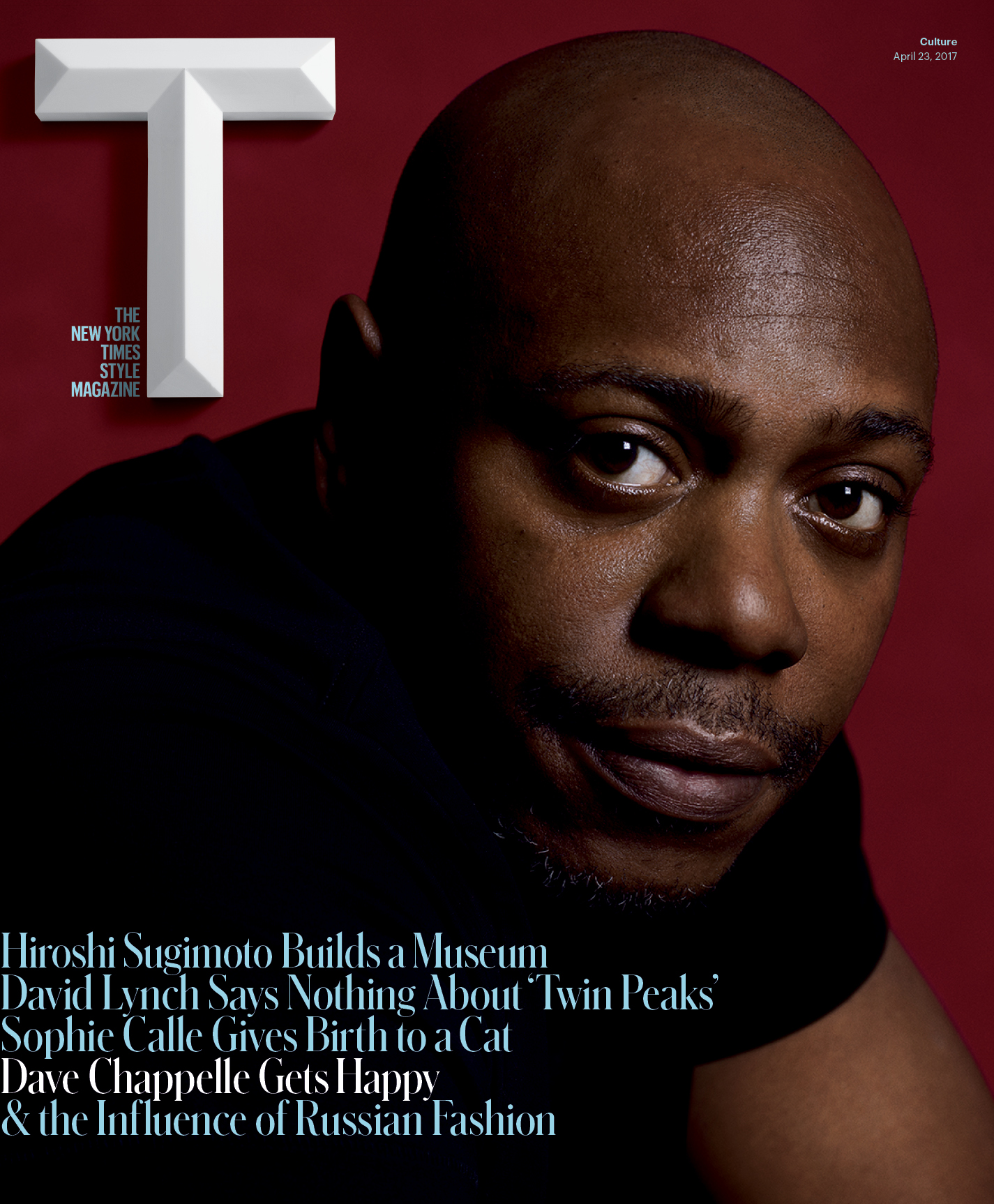 Comic Dave Chapelle covers T Magazine’s Culture issue in a shot by Inez & Vinoodh. In a candid conversation with editor Kevin Powell (who has known Chapelle since he was 19 and whose ex-girlfriend went to high school with the comic), Chapelle talks about his SNL return and political aspirations.

On hosting SNL, he said it ‘‘…felt bigger than Trump winning the election…Trump winning the election felt like a force of nature. Me coming back to television in that fashion felt like the arduous task. I bumped into Louis CK the night before and he told me, don’t do your actual monologue in rehearsal, and that was probably the best advice anyone had given me….I just did a fake monologue at rehearsal.’’

As for a future in politics, he told Powell, ‘‘I’ve thought about it, but I don’t think I would do something like that unless I was confident that I could be effective. Right now I feel like just using my voice, like anyone else in the community. But political aspirations as a comedian — I’ve said so much wild [expletive] in my life.’’

Watch Chapelle chat on set in the video below.

Simon James Spurr Joins 7 For All...