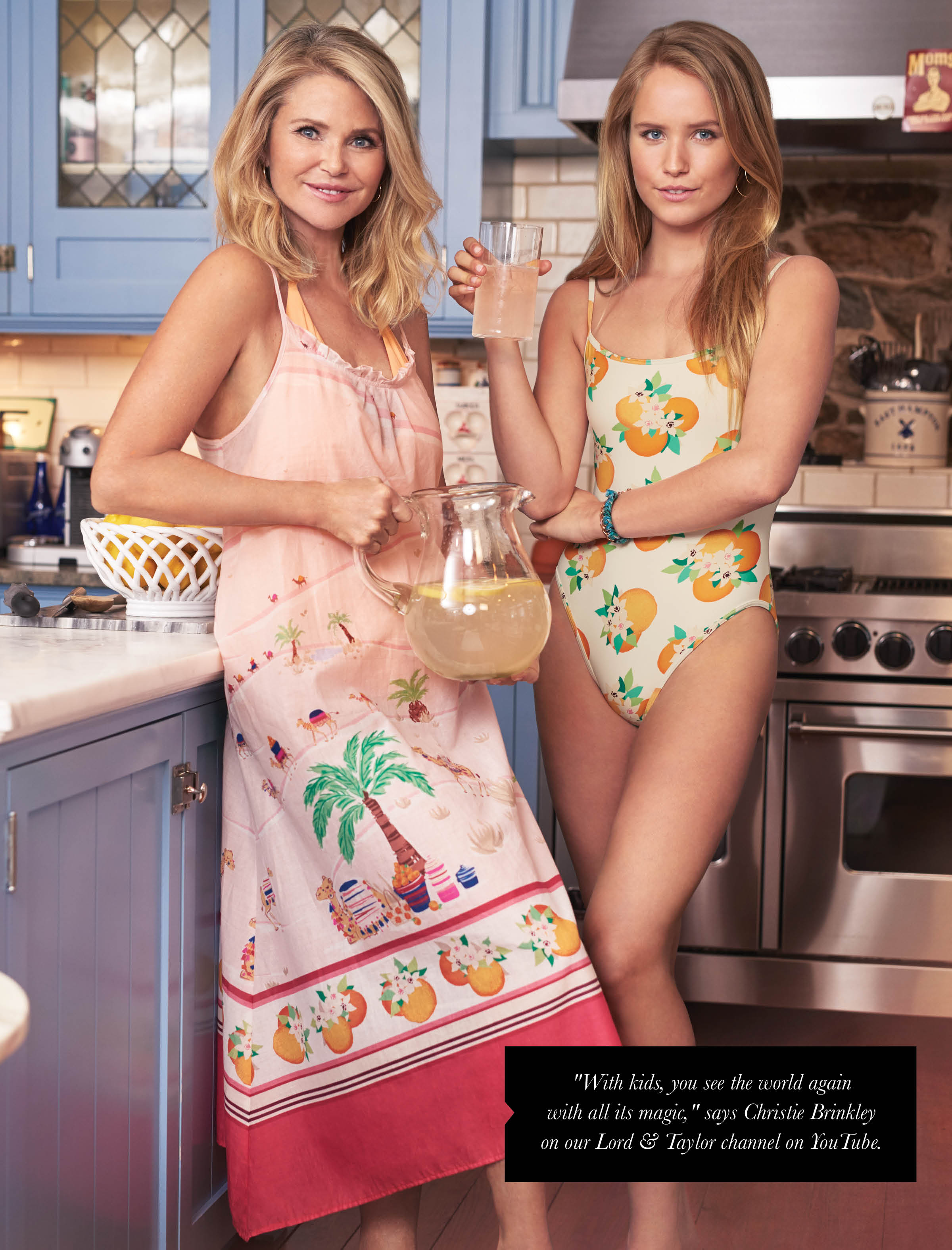 With Mother’s Day quickly approaching, Lord & Taylor has released a new ad campaign starring celebrity moms and their children. Supermodel Christie Brinkley and her daughter Sailor are among the beauties featured in the campaign, and were lensed at their beachside Hamptons home. “With kids, you see the world again with all its magic,” Brinkley told Lord & Taylor. The campaign sheds light on the personal styles of power moms (ranging from celebrities to models to entrepreneurs) as well as how they balance their careers and motherhood. Other women featured in the range include Gina Rodriguez and mom Magalia, Angela Lindvall, Patricia Moreno, Libby Edelman, and Isabeli Fontana. “The consistent memory I have of my mother is always supporting me, always being there for me, and always telling me that I was capable of anything and everything,” said Rodriguez. “She always taught us to feel confident first before anything else. We make the clothes, the clothes didn’t make us. Confidence is the best dress on a woman.”

Check out the corresponding video series for the campaign, below.