Daniel Lalonde Steps Down As President Of Ralph Lauren International 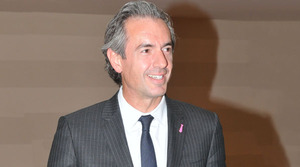 Lalonde’s decision to leave his post came around the same time the company created an Office of the Chairman role in September, to be held by Ralph Lauren as chairman and CEO. Also that month, Jackwyn Nemerov became president and chief operating officer, succeeding Roger Farah, who became the executive vice chairman. The label’s chief financial officer Christopher Peterson, who works alongside Nemerov and Farah, subsequently took on additional roles as executive vice president and chief administrative officer.

As president of Ralph Lauren International, Lalonde had overseen international growth having spent some of his career in Europe. According to WWD, Lalonde left due to the changes in leadership. While there is no word yet on whether or not he will be replaced, Lalonde is reportedly looking for new opportunities in the luxury goods sphere.