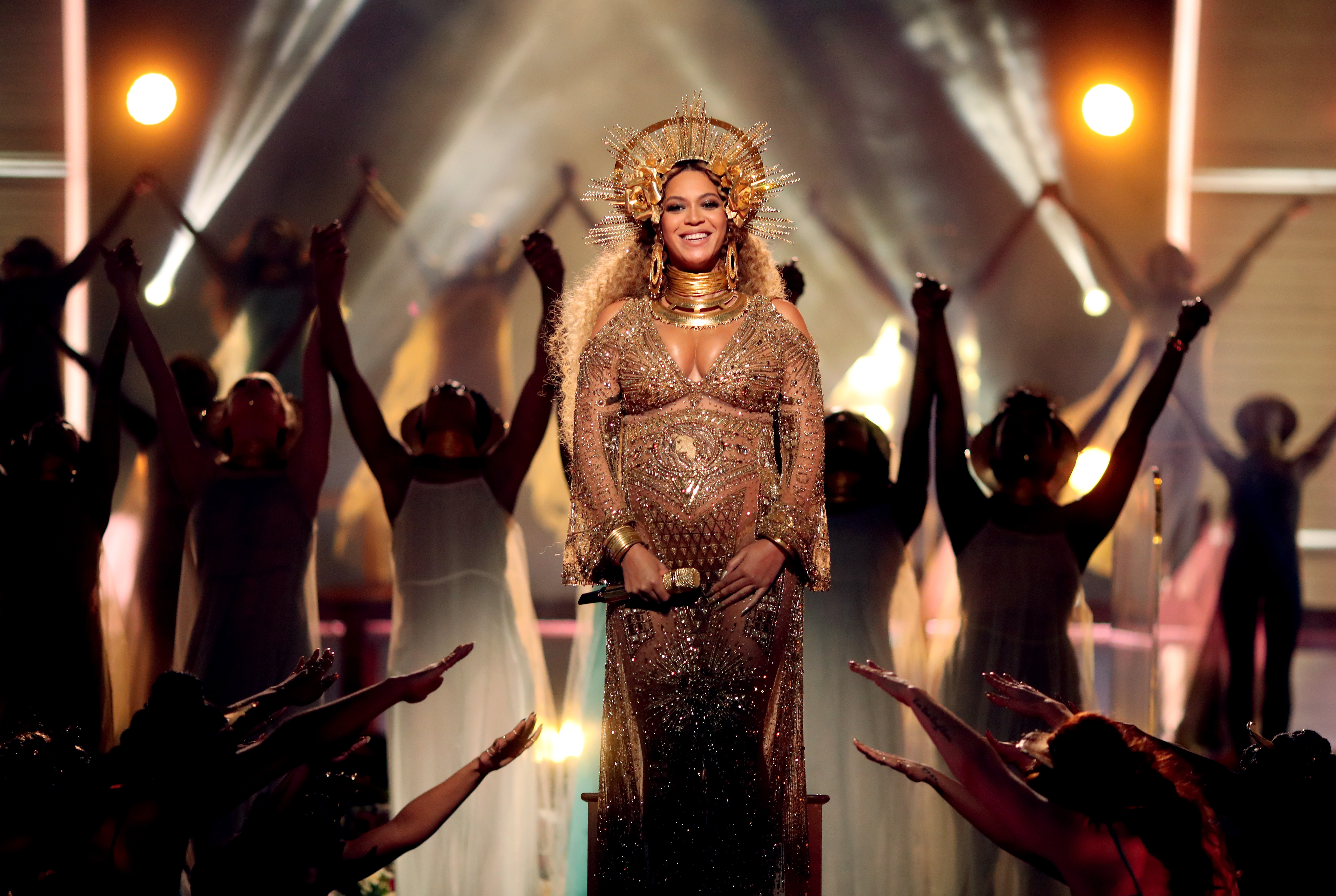 Beyoncé during The 59th GRAMMY Awards in 2017. (Photo by Christopher Polk/Getty Images for NARAS)

Seems like Kanye West is sharing the throne at Yeezy, as Nur Abbas was named head of design at the brand; a new position at the company. Interestingly, Abbas had been with Nike for the past five years (West notably has a long and turbulent history with Nike). In his new position, Abbas “will work to further expand the Yeezy empire, working directly with Ye to direct and launch special projects for the brand,” the company said in a statement. The new role also gives Nur access to all of West’s projects, which include Adidas, Gap, and Stemwear, a clothing line connected to his Stem Player music device. “I’m energized to work with Ye because he cares so deeply about design and moving culture forward,” Abbas said in a release. “At Yeezy and Gap, I’ve met some of the most talented people and teams, and I’m looking forward to working with them all to extend this new creative vision to the world.” 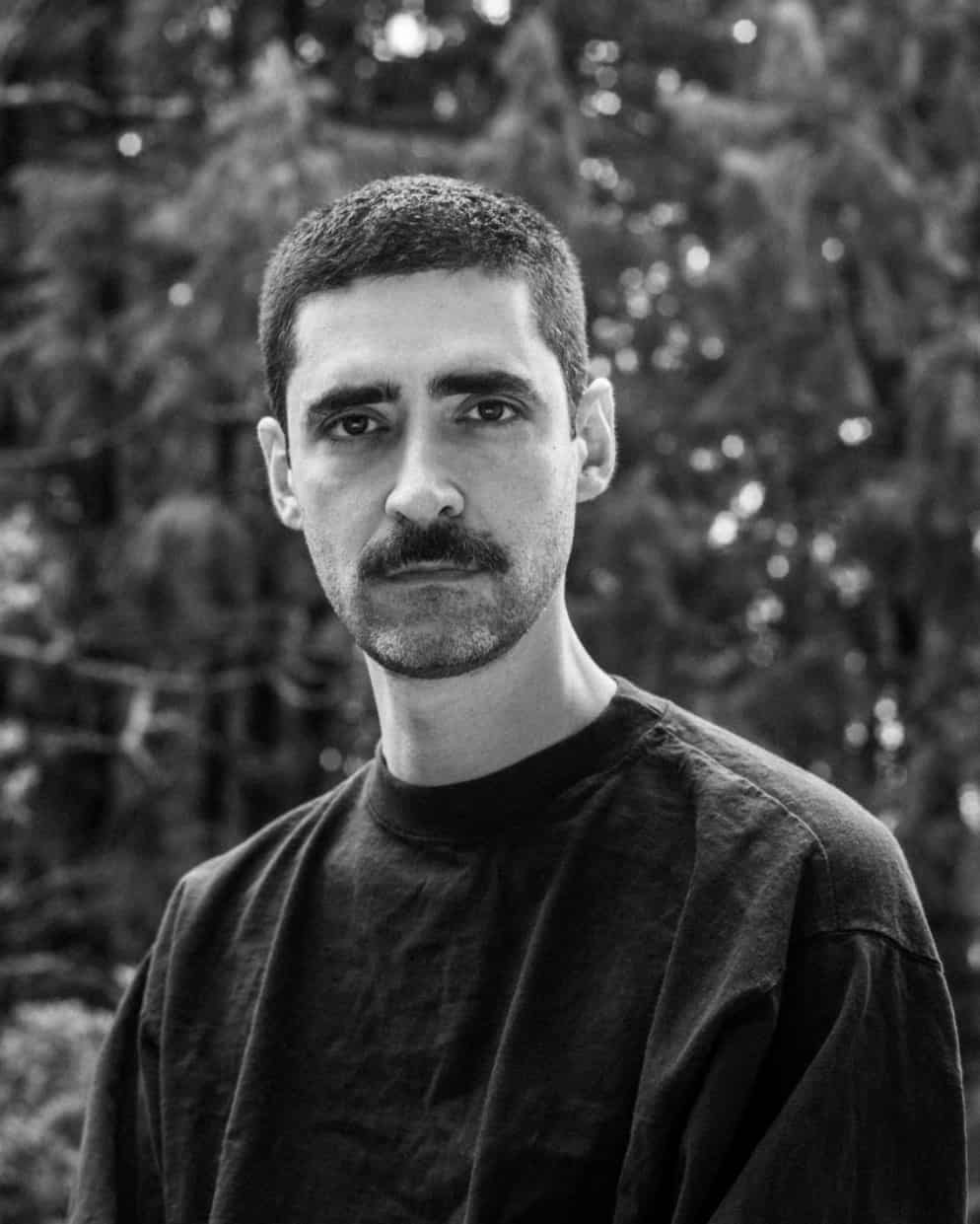 Fashion continues to show its support for Ukraine. Designer Marcell Von Berlin has joined forces with former heavyweight boxing champions Wladimir Klitschko and Tatjana Kiel, CEO of Klitschko Ventures, to release a sweatshirt together via their #WeAreAllUkranians charity initiative. The garment, conceptualized and designed by the brand’s designer Marcell Pustul, shows Klitschko’s hand releasing a pair of white doves, as well as #WeAreAllUkrainians and the country’s flag on the back. 100% of the proceeds will go to the Klitschko Foundation humanitarian relief efforts in Ukraine. “As a native of Poland, I cannot believe the horror that is happening across the border from my home country,” Pustul said in a release. “We can‘t, however, fall into a state of shock. We must help the people in Ukraine however we can.” The #WeAreAllUkrainians sweatshirt retails for $100 and is available for purchase online at www.marcellvonberlin.com.

Will Beyonce perform at the Oscars?

After a hiatus that has The Hive tracking her every move, we might be seeing Queen B sooner than we thought. Ever since Bey was nominated for her first-ever Oscar, for “Be Alive” on the “King Richard” soundtrack, the internet has been buzzing over the possibility of the singer performing it at the 2022 ceremony this Sunday. The movie, which follows the story of tennis legends Venus and Serena Williams, as well as their father Richard is also hotly tipped to win big on the night. Now, the megastar is allegedly in “advanced talks” to perform the Best Original Song entry to open the show via a satellite performance from the Compton, California, tennis courts where the Williams family practiced and set tennis dynasty history in motion. If Beyoncé does grace us with her presence, this will mark the first time she’s performed at an awards show since her twin baby bump debut at the 2017 Grammys. Only time will tel—our nerves are through the roof!

The legendary Edward Enninful is giving us a deeper look into his life. The British Vogue editor in chief announced he will be publishing a memoir on his life this upcoming September, reflecting on his rise and the past 30 years of his career. Today, he shared a glimpse at the cover by Rafael Pavarotti, a young Brazilian photographer. “I wrote the book for the new generation—the young creatives who have watched me grow up, succeed, and make mistakes—so it makes sense for me to be seen through Rafael’s eyes,” the visionary editor says. Entering a new chapter in his life—turning 50 and marrying his partner— Enninful decided now was the perfect time for a book saying, “it just felt right. This has been a year of change.” A Visible Man will be published on 6 September 2022 by Penguin Press and Bloomsbury.

I am so thrilled to finally be able to share the cover of my forthcoming memoir, ‘A Visible Man’, photographed by @RafaelPavarotti_. Released globally on 6 September 2022. Link to pre-order: https://t.co/YGIFl0IdGb pic.twitter.com/GbxbzXHVbE

Fendi au lait! The Italian luxury house has brought the popular FENDI Caffe back to Miami’s Design District as Miami Music Week ramps up. In a celebration of the spring season, the new creative concept for the FENDI Caffe draws cues from the free spirited Summer 2022 Collection, particularly the figurative drawings of fashion illustrator Antonio Lopez which were seen on numerous pieces in the offering. The Caffe bridges a connection to the Antonio Lopez-inspired FENDI Pop Up in the Aventura Mall, which is now open too. Already seen all over your IG feeds, the FENDI Caffe is open through May 1. 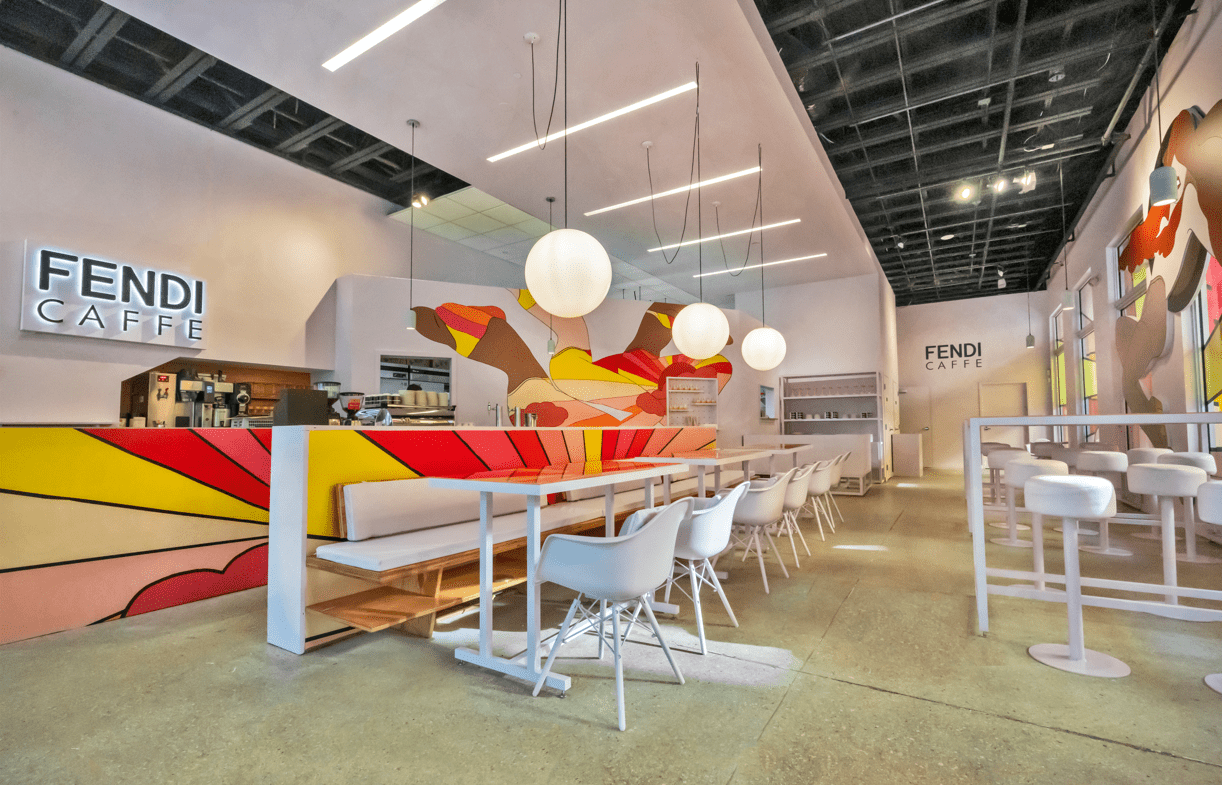 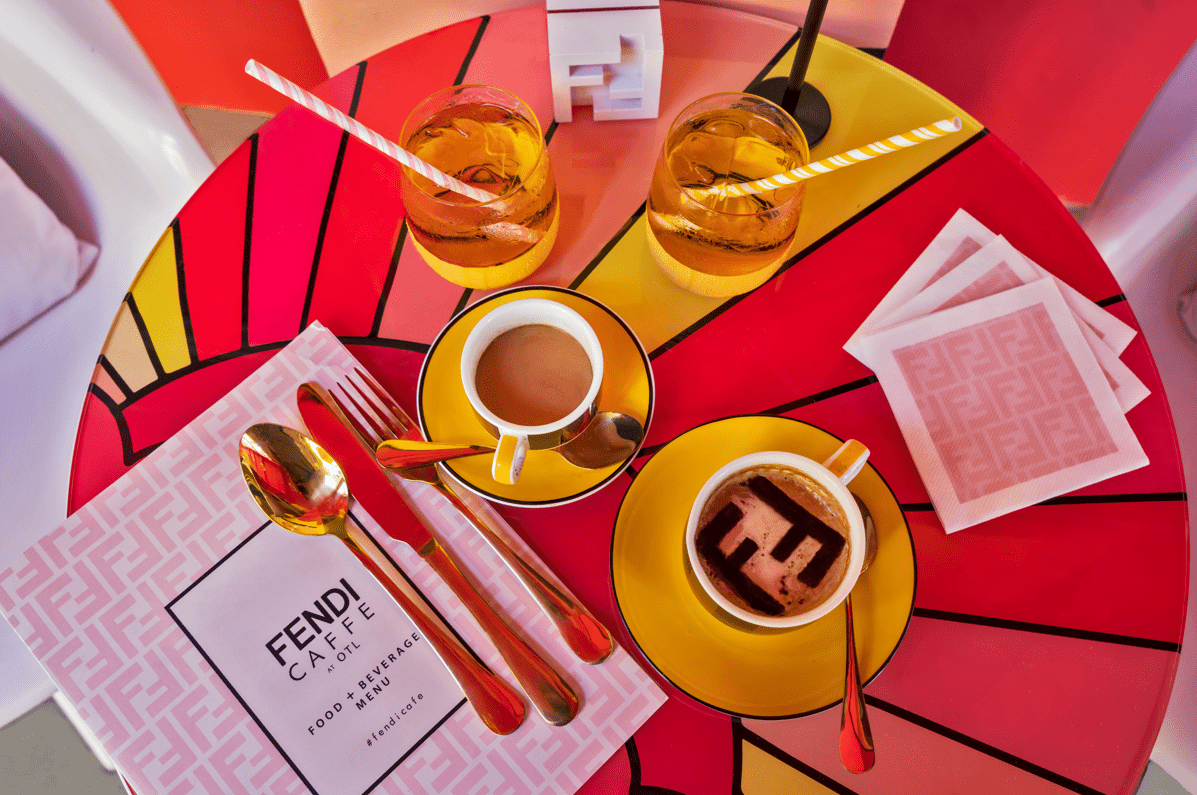 The end of an era: Reebok set to release Pyer Moss Collection 4

Reebok has announced the release of their highly-anticipated Pyer Moss Collection 4, in collaboration with Kerby Jean-Raymond. This will be the first drop of the final Reebok by Pyer Moss collection, which has had commercial success since its debut in 2018. The latest Reebok by Pyer Moss collection features products that reimagine staples in a meaningful way, each with their own unique story, while merging Pyer Moss’ storytelling and aesthetic with the sports brand’s  rich history. Inspired by spiritual statues and artifacts, Collection 4 transforms the traditional image of a higher power, with a collection centered around spirituality, self-portrayal, affiliation, devotion, and the ability to relate to people within our own communities. As the collaboration between these two fashion powerhouses comes to an end, we’re sad to see a great thing go, but now we’re even more eager to see what Jean-Raymond will present to the world next. Pyer Moss Collection 4 will be available for purchase online and in select retailers globally on March 26. 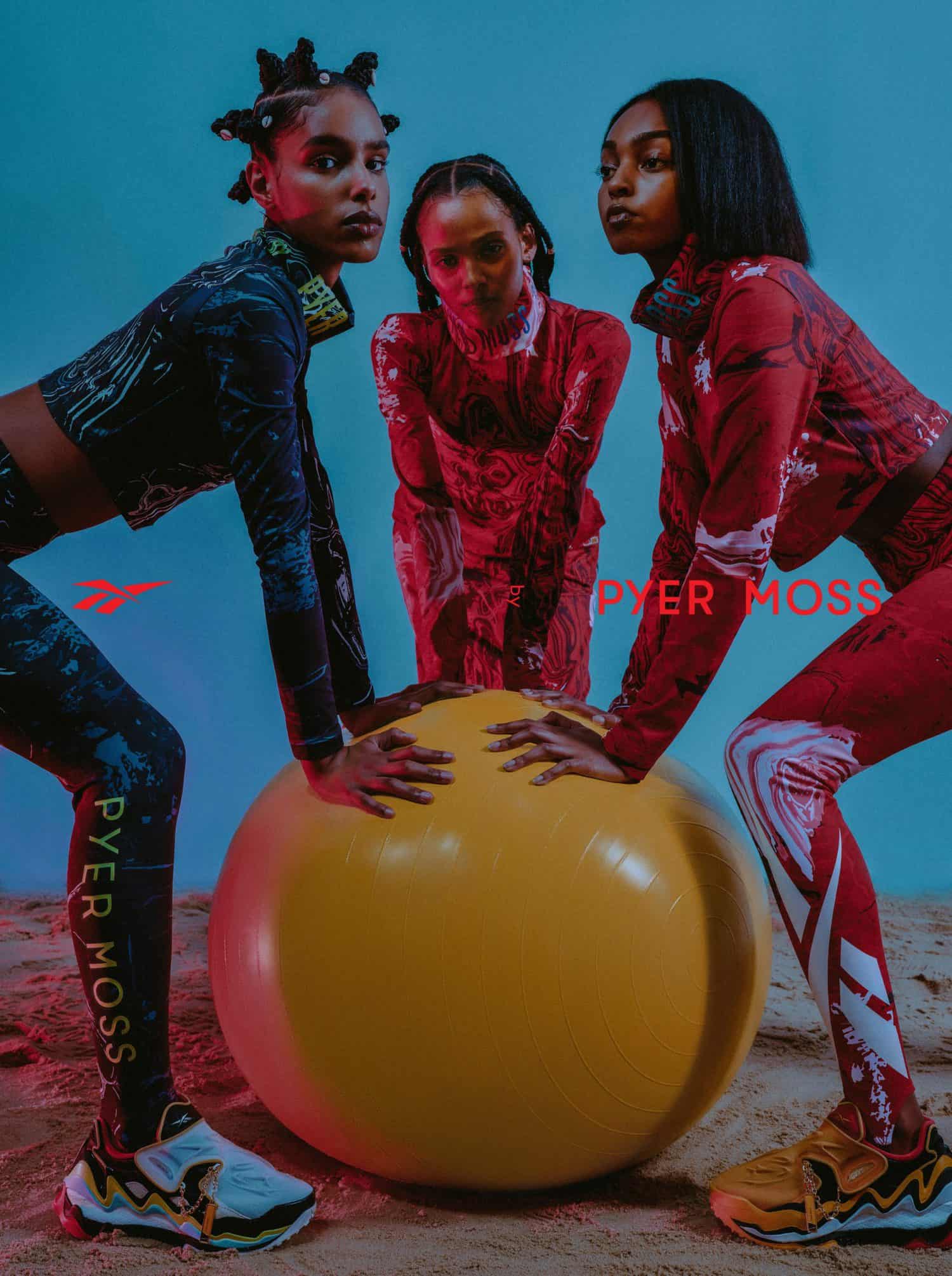 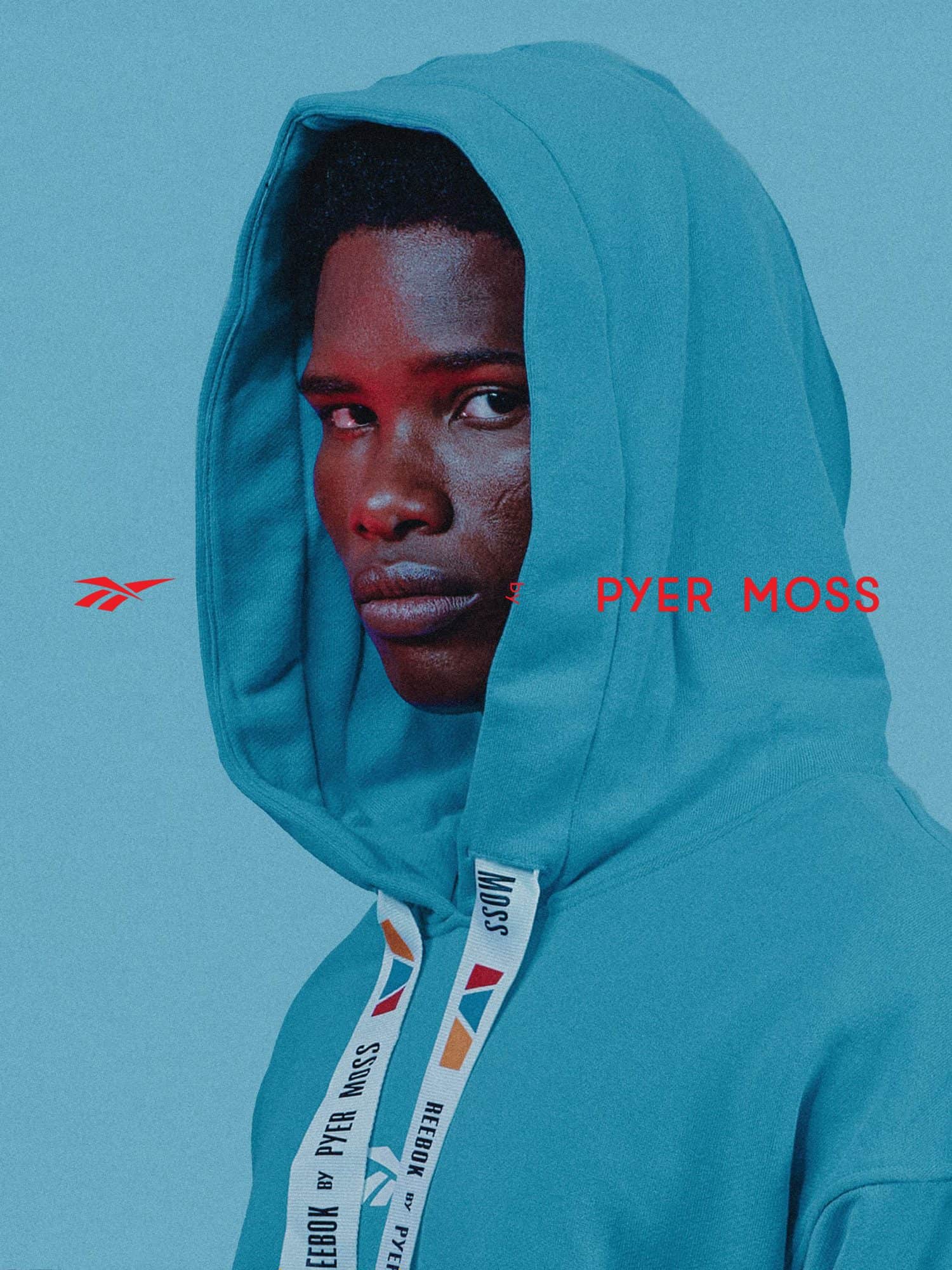 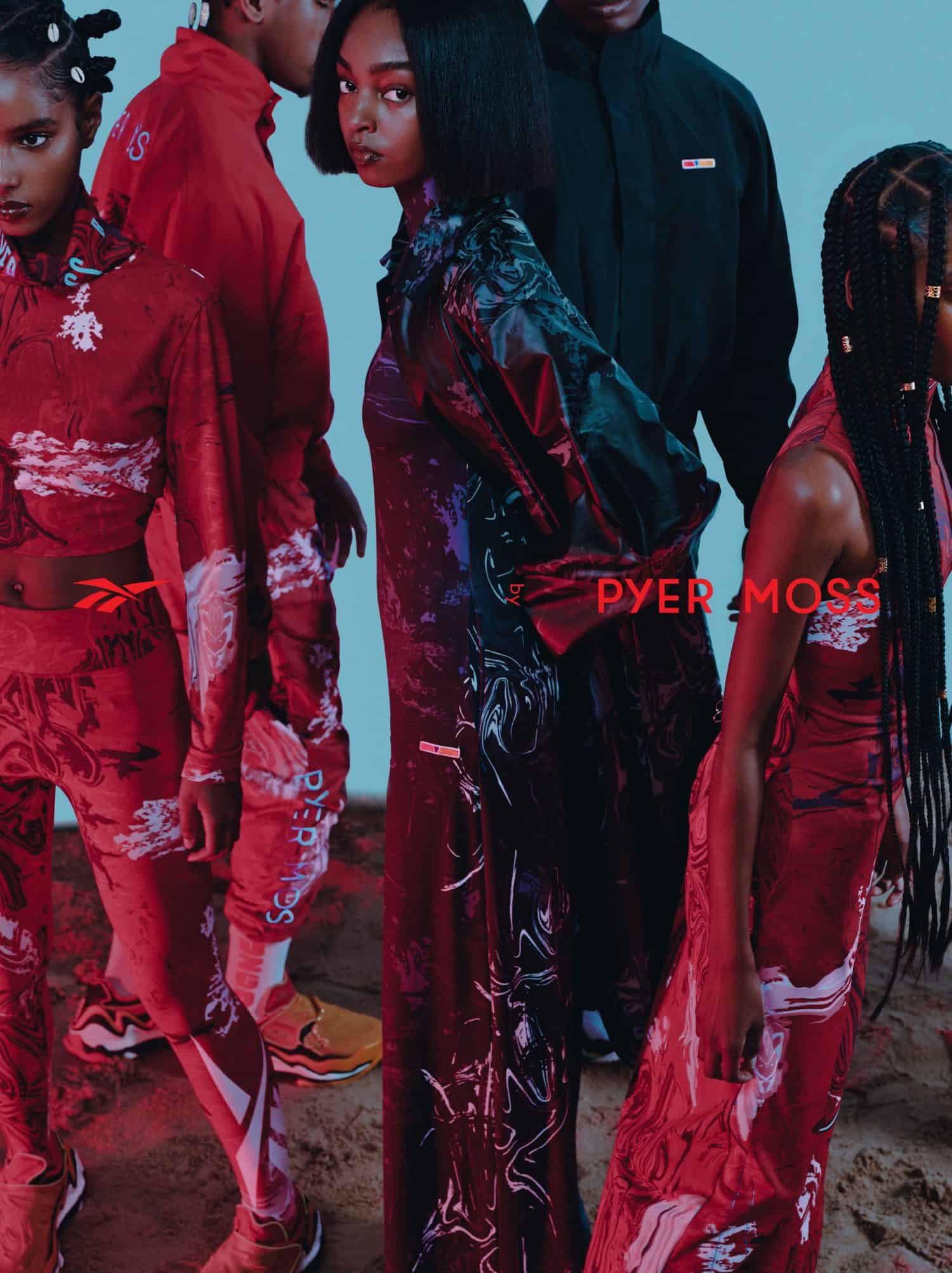 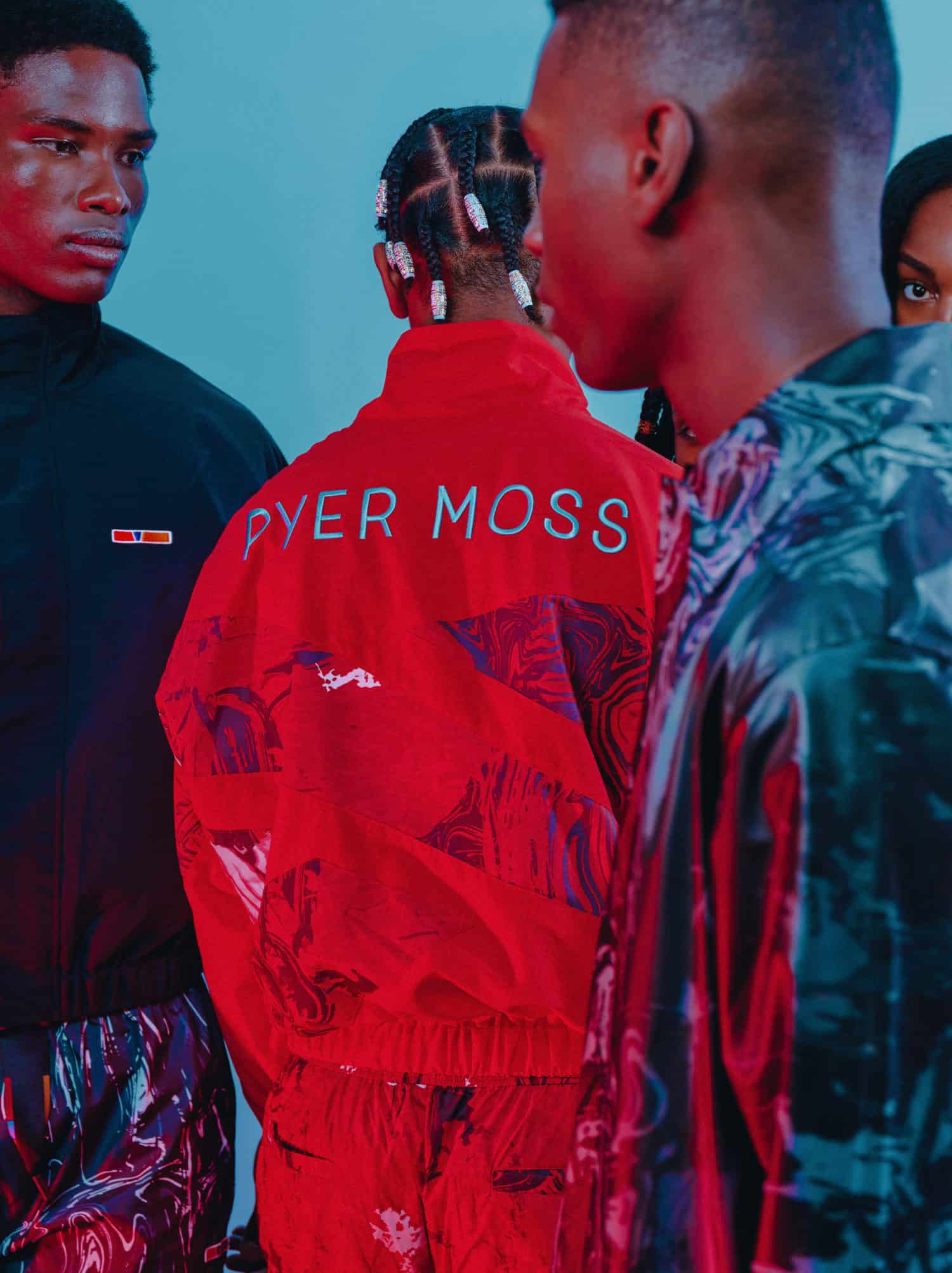 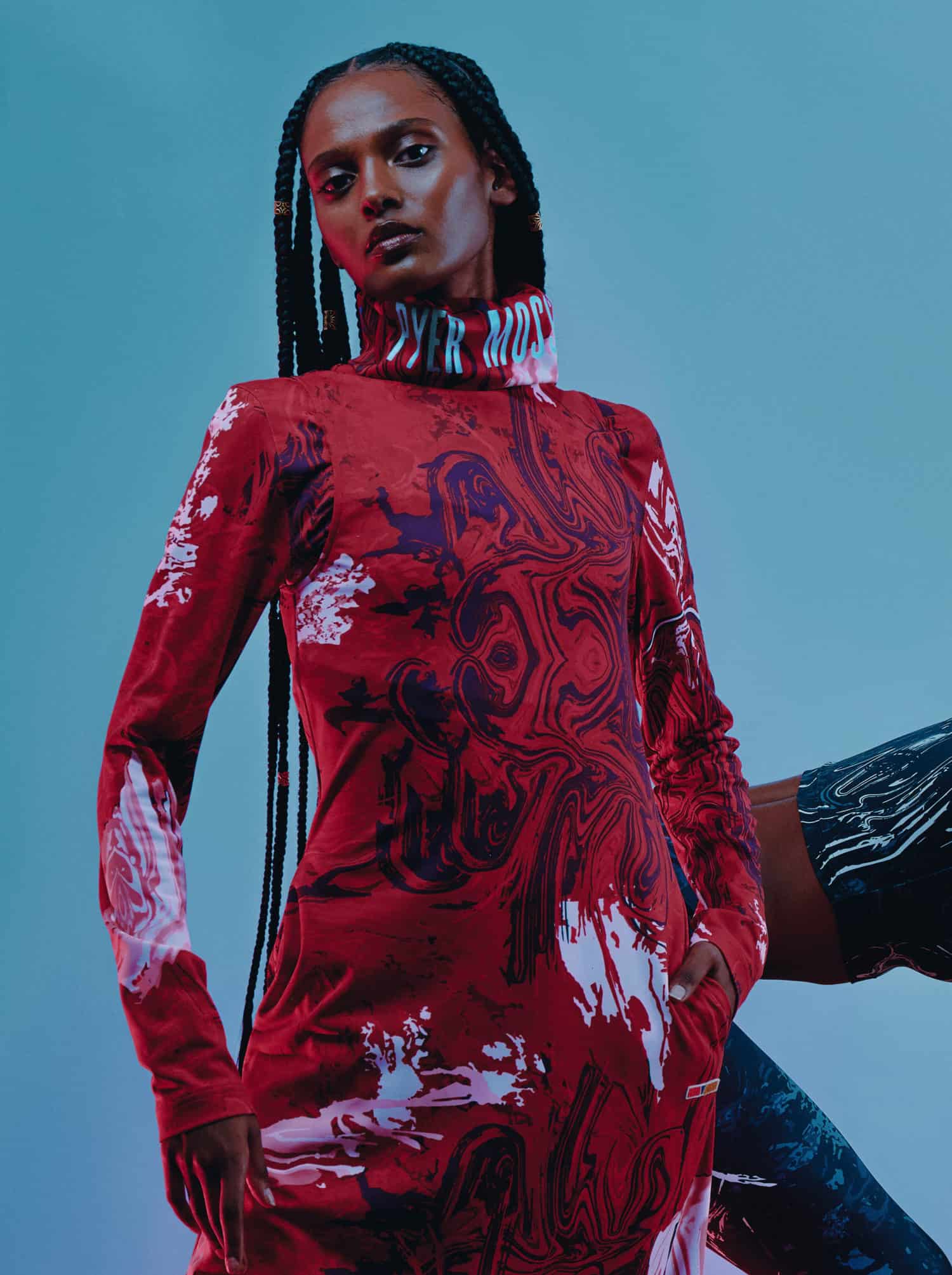 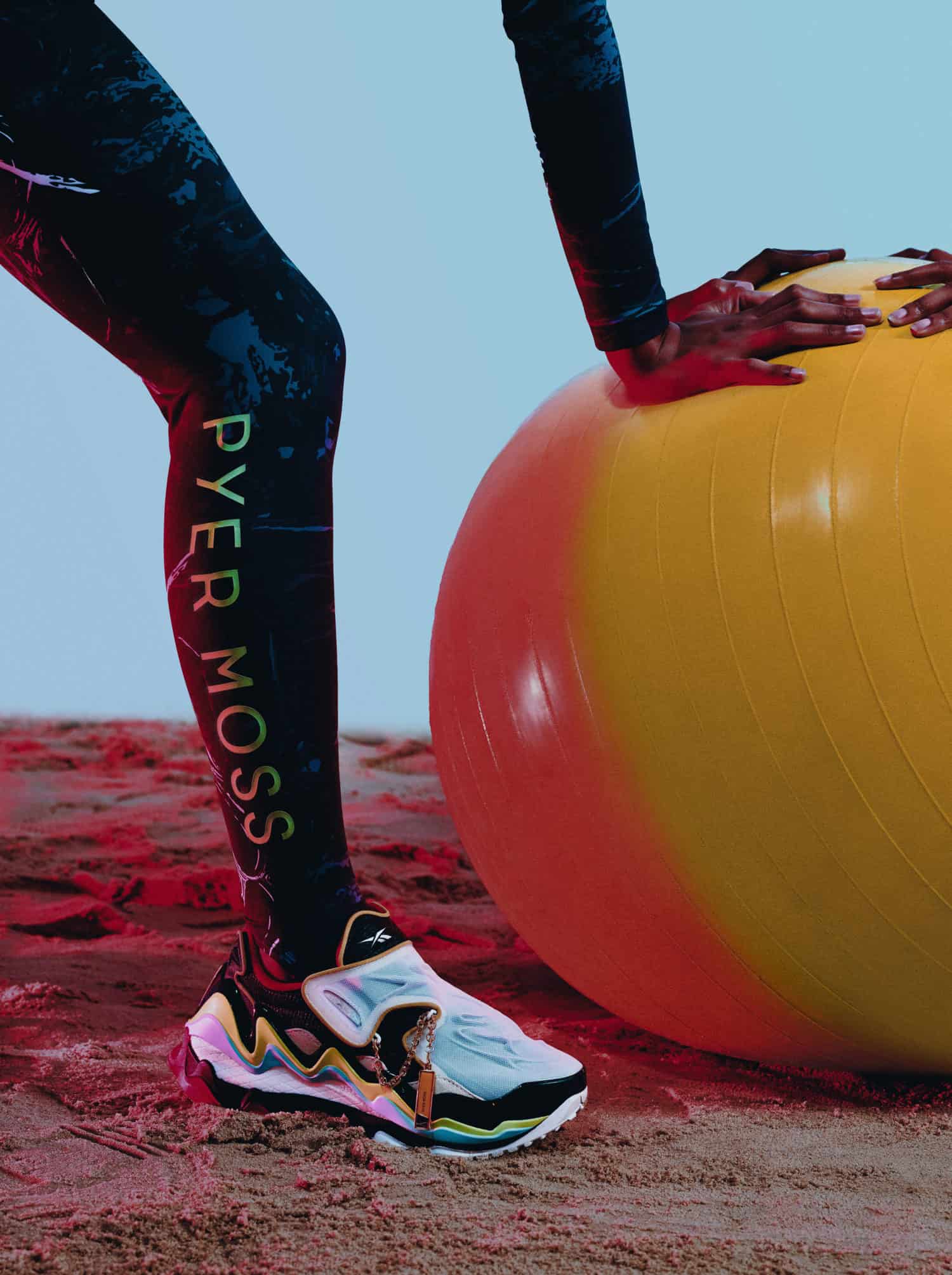 Everybody say ciao! The French fashion house is taking their Métiers d’Art collection on the road for the first time since the pandemic. The collection originally debuted on December 7 in Paris, but the house thought it so nice that they decided to have a repeat show in Florence in June. The traveling Métiers d’Art show has made several destination stops in the past such as Shanghai, Rome, Edinburgh, Salzburg, Dallas, and even Italy back in 2015 when it showed at the famed Cinecittà film studio in Rome. Bringing the show back to Italy further shows the house’s close relations to the country. Initiated by Gabrielle Chanel, this relationship continues in part thanks to the Italian factories acquired by the house: the Fashion Métiers d’art, shoemakers, leather workers, tanneries, and thread manufacturers. 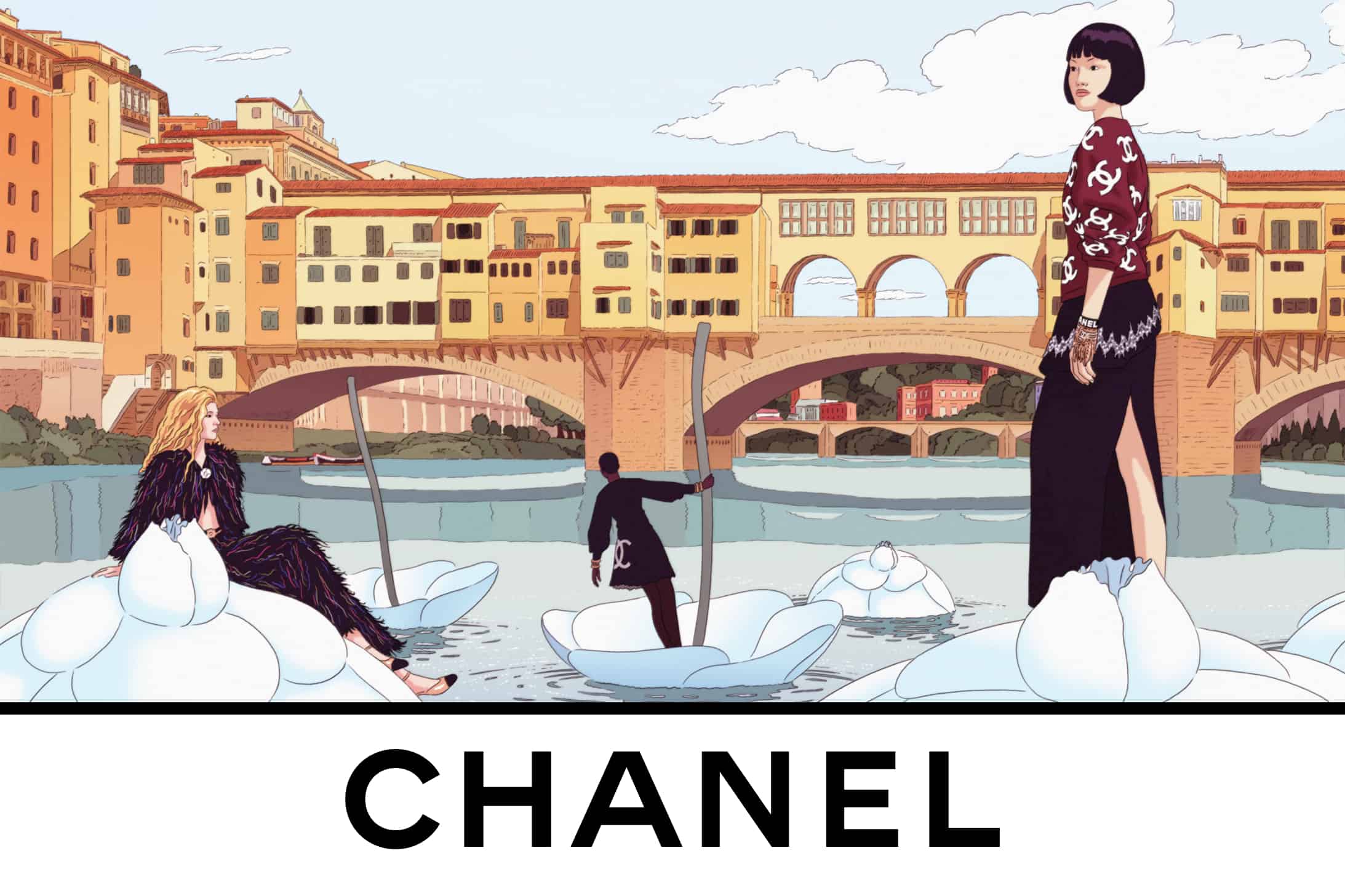 Speaking of fashion in Italy, the Italian Trade Federation has just added over 100 new designers to their online B2B platform, EXTRAITASTYLE. The site is designed to offer US retailers a free tool to discover and interact with the very best women’s and men’s fashion and accessories brands—all 100% made in Italy. Launched in 2020, EXTRAITASTYLE is funded by a grant from the Italian government, and is an incredible example of how countries can support their fashion talent and artisans to expand their reach globally. “There is a rush of energy in the fashion industry as pandemic and logistics-related woes begin to ease a bit, and the excitement of getting back to work in a more robust way is undeniable. And in 2021, Italian exports to the US in the fashion sector significantly outpaced exports in 2019, pre-COVID,” says Paola Guida, head of the fashion & beauty division for the ITA. “This is all extremely positive news, and the Italian Trade Agency is proud to lend our full support to our extraordinary Italian brands and our US retailer friends to help them grow and do even more business together.” Brava!

(courtesy of the Italian Trade Agency)