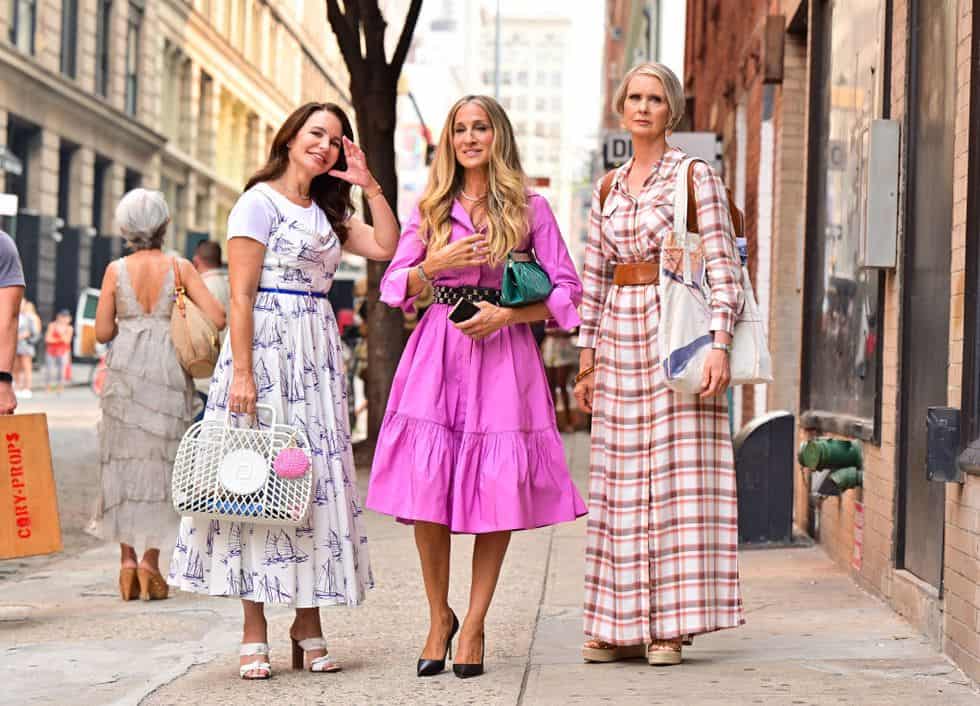 Haters gonna hate, but And Just Like That has been renewed for a second season. The HBO Max series which revisited Sex and the City and three of its beloved protagonists will return to screens once more—after all, it is the network’s most popular original series ever.

“I am delighted and excited to tell more stories about these vibrant, bold characters—played by these powerful, amazing actors,” executive producer Michael Patrick King said in an official statement. “The fact is, we’re all thrilled. And just like that… our sex life is back.”  …. Ok, MPK!

Over ten episodes rolled out over the course of nine weeks in late 2021, fans of the famed ’90s/’00s sitcom got reacquainted with Carrie, Miranda, Charlotte, their families, and new friends including sassy real estate agent Seema, polarizing non-binary comic Che Diaz (…you’ve surely seen the memes), law professor Naya Wallace, and impeccably stylish power-mom Lisa Todd Wexley. During season one, there were moments that shocked (the death of Mr Big), appalled (Snapple bottle), and enthralled (Seema hooking up with the OG Prada salesman….whose origin story on the show was bizarrely was never addressed.)

Plus! The costumes had us living. From easter egg moments like reappearances of the ‘Roger’ belt and famed Manolo Blahnik Hangisi heels to a inimitable mix of vintage, couture, thrift shop finds, contemporary pieces, and unimaginably chic accessories; it was a joy to see TV’s leading lady of fashion have her moment again. (ICYMI, we also chatted through the wardrobe goss with Molly Rogers and Danny Santiago.)

It wasn’t just the fashion that had us all chattering, either. As Sarah Aubrey, HBO Max’s head of original content, said: “We have been delighted by the cultural conversation generated by these characters and their stories, set in a world we already know and love so much. We are proud of the work Michael Patrick King and our wonderful writers, producers, cast and crew have done to bring these stories to the screen. We can’t wait for fans to see what’s in store for Season 2!”