written by Ian Grafvonluxburg May 2, 2022 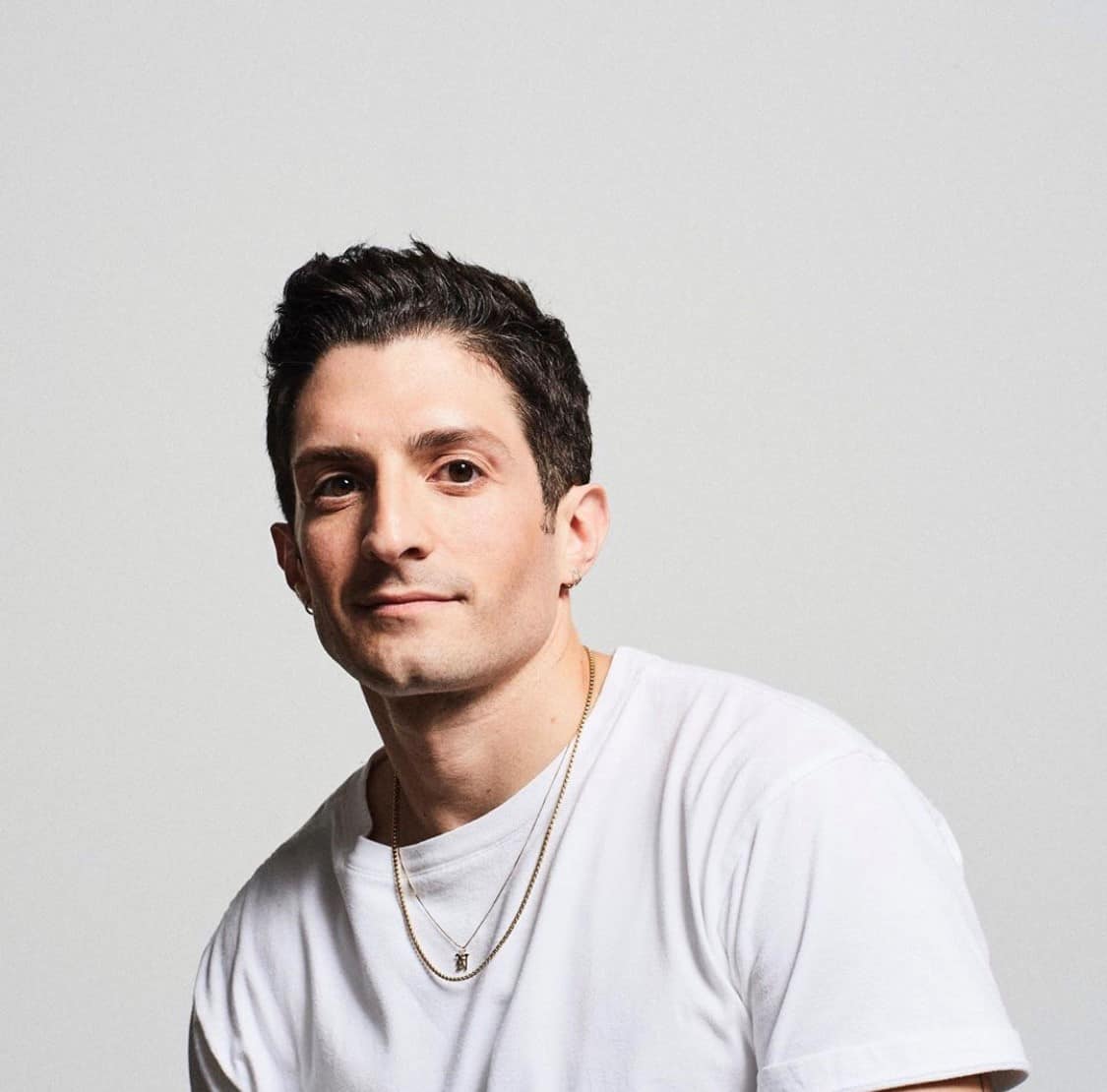 Longtime editor and Into The Gloss co-founder Nick Axelrod has shared his latest move. Axelrod has joined global talent, entertainment, and sports company UTA as vice president in the Ventures department, which builds and invests in businesses at the intersection of media, entertainment, consumer products, and technology. In his role, he will focus on helping build and develop businesses for clients, while also working closely to help identify and expand additional opportunities. “Nick is one of the leading voices in the beauty and self-care space and his wealth of knowledge and experience will be a tremendous asset,” said UTA head of ventures, Sam Wick. “We are thrilled he is joining UTA, and we look forward to seeing the great opportunities he will create for our clients.” Axelrod started his career as a reporter for Women’s Wear Daily before becoming senior editor at ELLE. In 2012, he became co-founder and editorial director of the online beauty platform, Into the Gloss, alongside Emily Weiss. He most recently served as co-founder and head of creative and product development at Courteney Cox’s homecare brand, Homecourt, and is also the co-founder of popular bodycare brand Nécessaire. “UTA is the most forward-thinking, digitally savvy agency in town,” Axelrod said. “I am excited to join the team and help define new category opportunities and build lasting brands with its stellar roster of talent.” 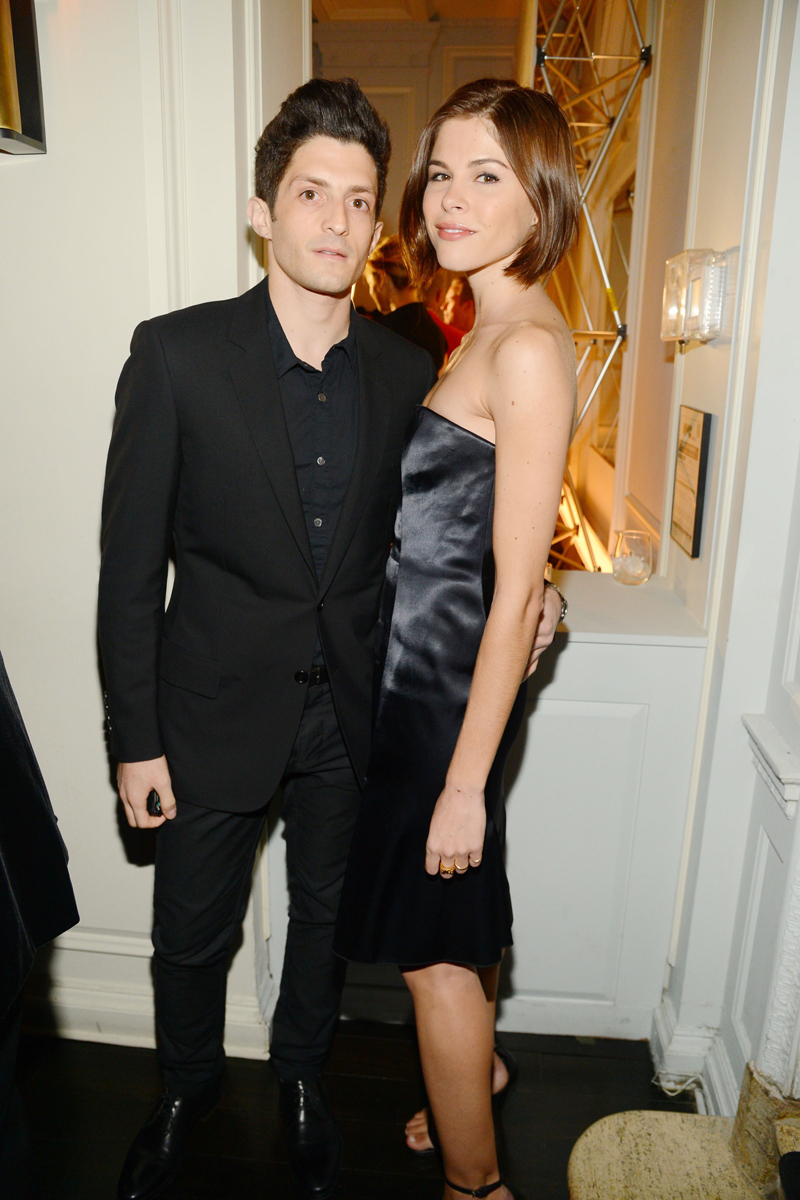 The Off-White family just got bigger! In his new role, Kamara will join a collective of creatives and overseeing the artistic direction of the brand, and will further develop his influence on the brand’s collections, image, and content. Kamara’s relationship with the late Virgil Abloh and the Off-White brand was born and nurtured through DMs on Instagram, and over the last three years, their collaborative relationship blossomed. “In the wake of Virgil’s tragic passing we have been working tirelessly to keep his legacy alive and the brand relevant as a point of reference and platform in constant evolution,” Andrea Grilli, CEO of the brand, said in a release announcing Kamara’s appointment. “Having Ibrahim on board, who has been part of the Off-White family for years styling our shows, to oversee art and creative of the brand in this next chapter is a great honor.” As the legacy that Abloh left behind continues to be shaped by the people and ideas that were adjacent to him, having someone who he respected be in charge of the brand’s image is crucial. “I am honored to further link my ties to Off-White and be a part of the team that will tell the rest of the story Virgil started writing for us all,” Kamara added.

The much buzzed-about Fendace collection is coming. The two iconic fashion houses, Fendi and Versace, came together for a unique moment in fashion in September 2021, whereby in a first in the history of the industry, the two head designers swapped roles to create offerings inspired by their counterpart. The ‘Versace by Fendi’ collection designed by Kim Jones and Silvia Venturini Fendiwill launch in Fendi Boutiques and online on May 12—with special pop-ups also planned in Soho, New York and LA, which will be open from May 12 to June 19. The associated campaign for the line was shot by Steven Meisel and features familiar faces such as Amar Akway, Anja Rubik, Imaan Hammam, Kristen McMenamy, and Lina Zang. Wishlist alert! 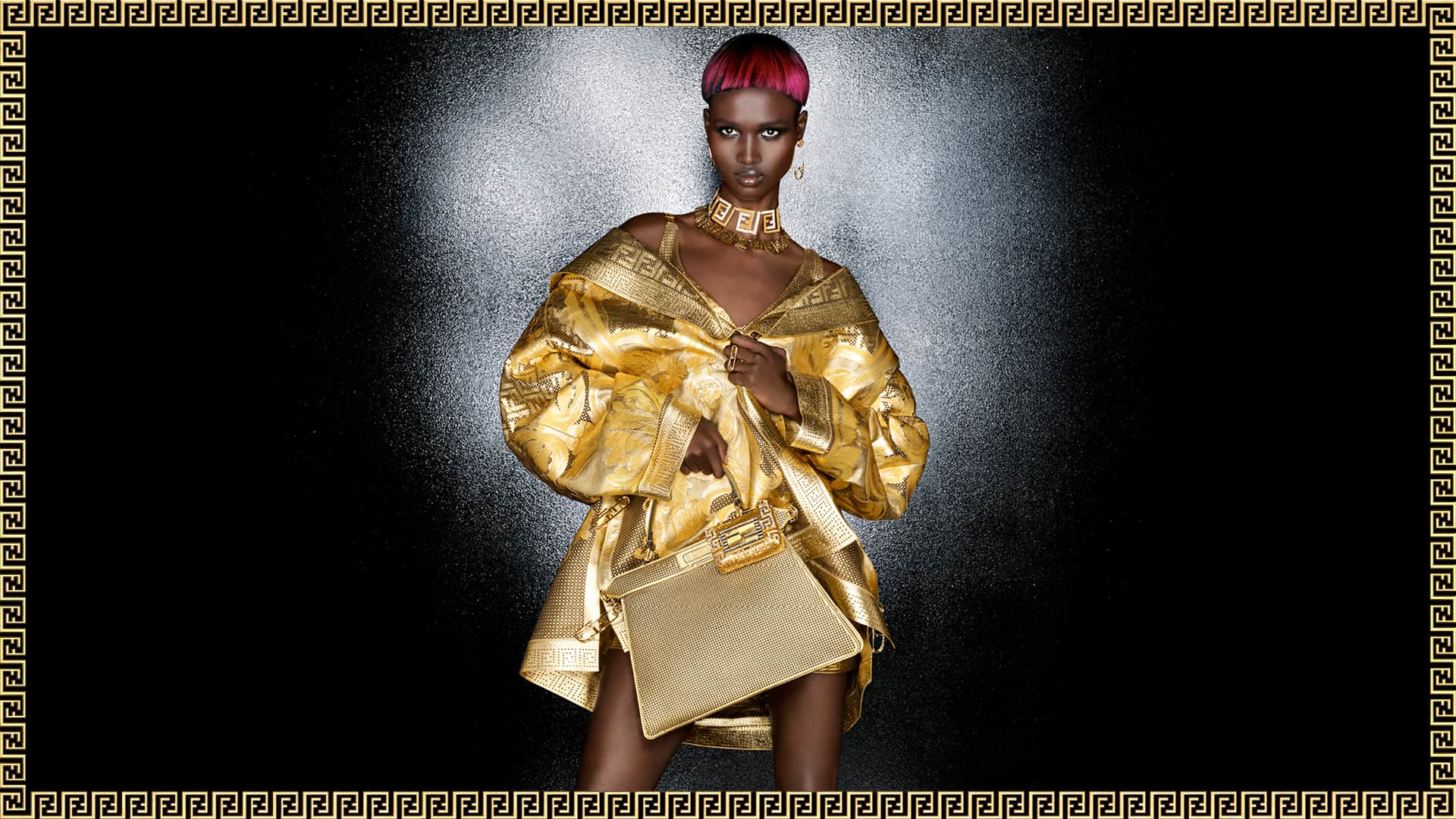 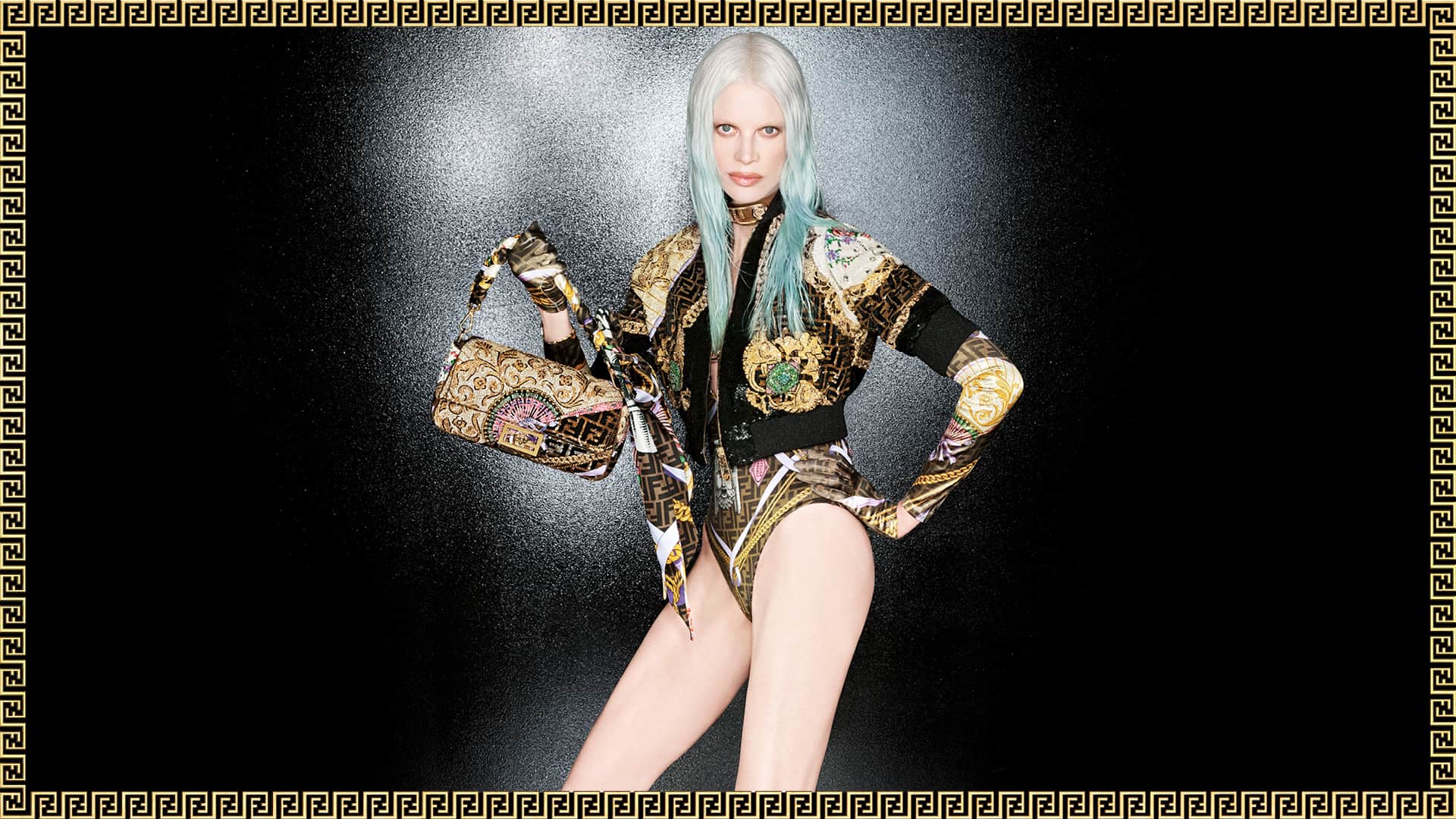 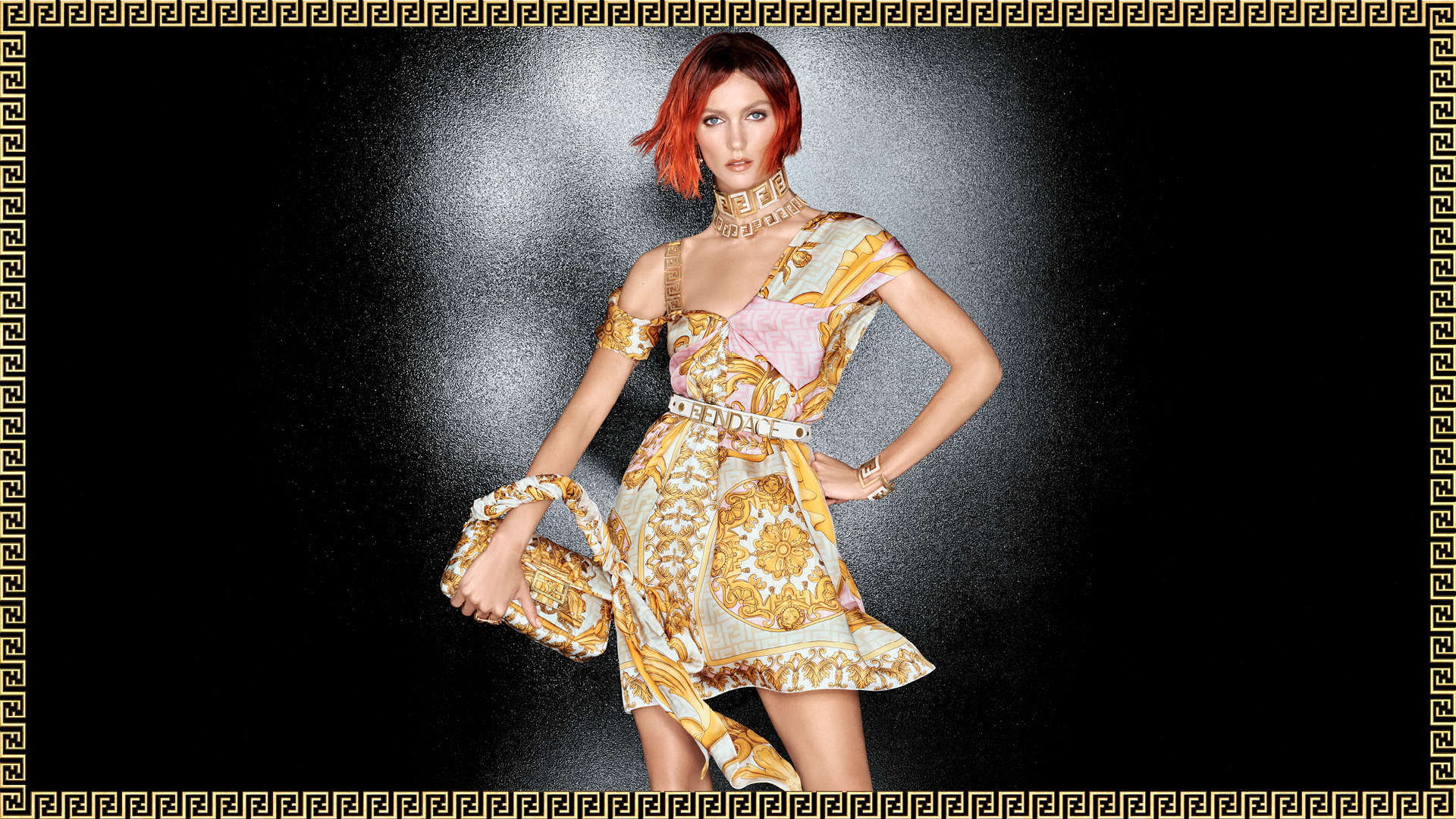 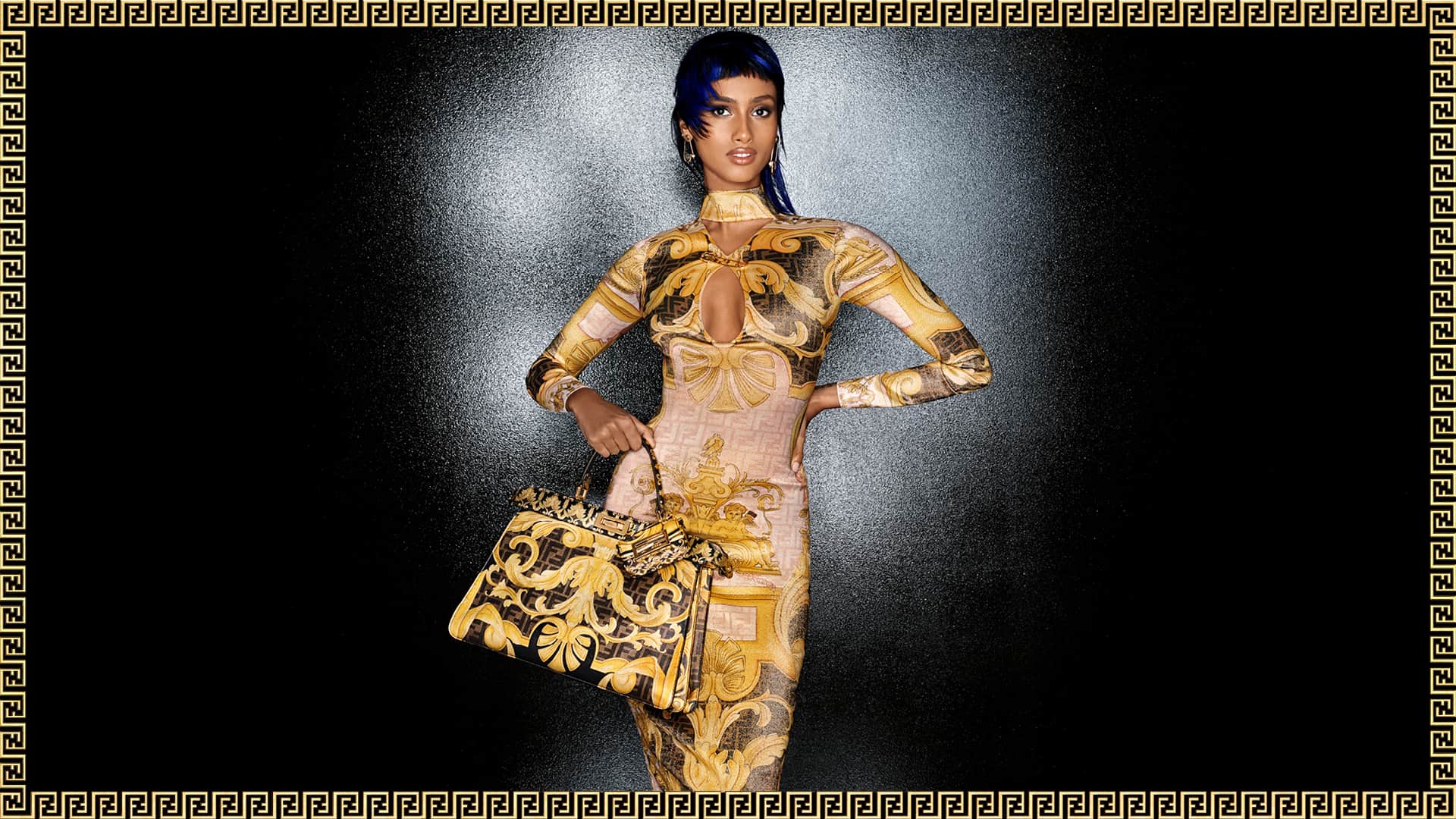 Before there was Susan Bartsch and Studio 54, there was Régine. The legendary party queen who gave glamorous night life a whole new meaning has passed away at the age of 92. Credited with opening Chez Régine, the first-ever discotheque in Paris in 1957, Régine went on to build a $500 million empire of 23 clubs in Europe, the Middle East, and the Americas, including Régine’s in Manhattan, one of the most famous nightspots of its era. “I was barmaid, doorman, bathroom attendant, hostess, and I also put on the records. It was the first-ever discotheque, and I was the first-ever club disc jockey,” she told BBC of how she got her start. By embracing celebrities like Salvador Dalí, Yves Saint Laurent, Karl Lagerfeld, Andy Warhol, and Mick Jagger, and selling exclusivity at a steep price, she was able to make a name for herself amongst the bustling nightlife scenes of the most popping cities across the globe. RIP.

From red carpets to the runway! Jordan Roth made his runway debut on Friday at Thom Browne’s Fall 2022 show at the Javitts Center. Almost incognito in an oversized coat, layers of geometric makeup, and a pair of heels that rested on children’s toy alphabet cubes, Roth helped Browne debut his newest collection which took inspiration from toys, but for adults who love fashion. “I’ve always been obsessed with Thom’s singular shows,” says Roth in an Instagram post.”But to experience his show from the inside was a next level fashion adventure.”

One of the showbiz mag OGs has fallen. OK! Magazine has announced that they will be ending their weekly print editions, making it one of the first major celebrity news publications to shutter. The tabloid magazine will reportedly continue to publish special issues and its website will remain active. The British publication first came Stateside in 2005 and has seen 17 years of success, quickly becoming one of the major players in covering early 2000s celebrity news: breaking the news that then-16-year-old Disney star Jamie Lynn Spears was expecting a baby and securing the exclusive rights to Khloe Kardashian’s whirlwind wedding to Lamar Odom in 2009 are two highlights in its publishing history. The magazine was sold to American Media Inc. in 2011, a company which also owned Us Weekly, Life & Style, and InTouch.

There’s a new face at Eddie Bauer. The brand has named Christopher Bevans, seasoned streetwear designer, as its newest creative director. Bevans enters the team with a hefty resume from working at brands like Sean John, Billionaire Boys Club, Yeezy, Nike, and his own brand, Dyne. With his experience in the industry, it was an easy choice for Eddie Bauer, where they hope he will lead technical and trend innovation across men’s and women’s lines. “He is not just a leader for the company, he’s a muse for the company,” said Damien Huang, CEO of Eddie Bauer. “We were looking for talent that could keep one foot in the outdoors, but open doors to a different creative language, aesthetic, customers, and a message about what the outdoors means and who is welcome there.” Bevans says he discovered Eddie Bauer through the Ford Expedition collaboration, peaking his interest, and he believes that the brand can already be seen on the streets of places like New York City. “But there’s ways of telling the story and connecting with some folks who are street style influencers that haven’t been done,” he says. His first styles will be revealed during a launch party in New York on May 5. 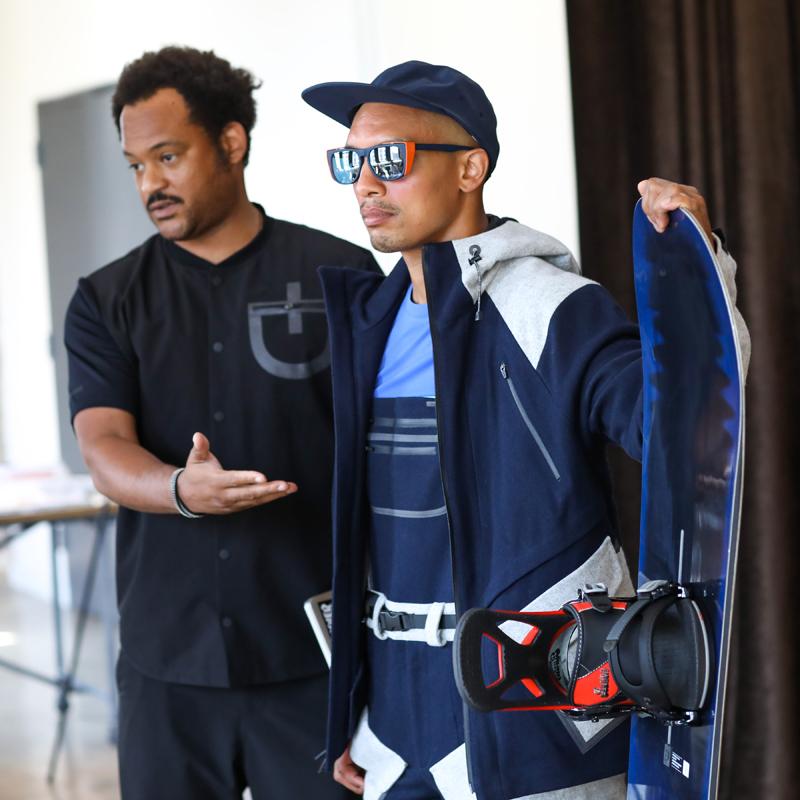 CARBONE BEACH Is Coming To South Beach! Mario Carbone Tells Us All!

Met Madness! All The Gilded Glam From The Met Gala—Here! Now!