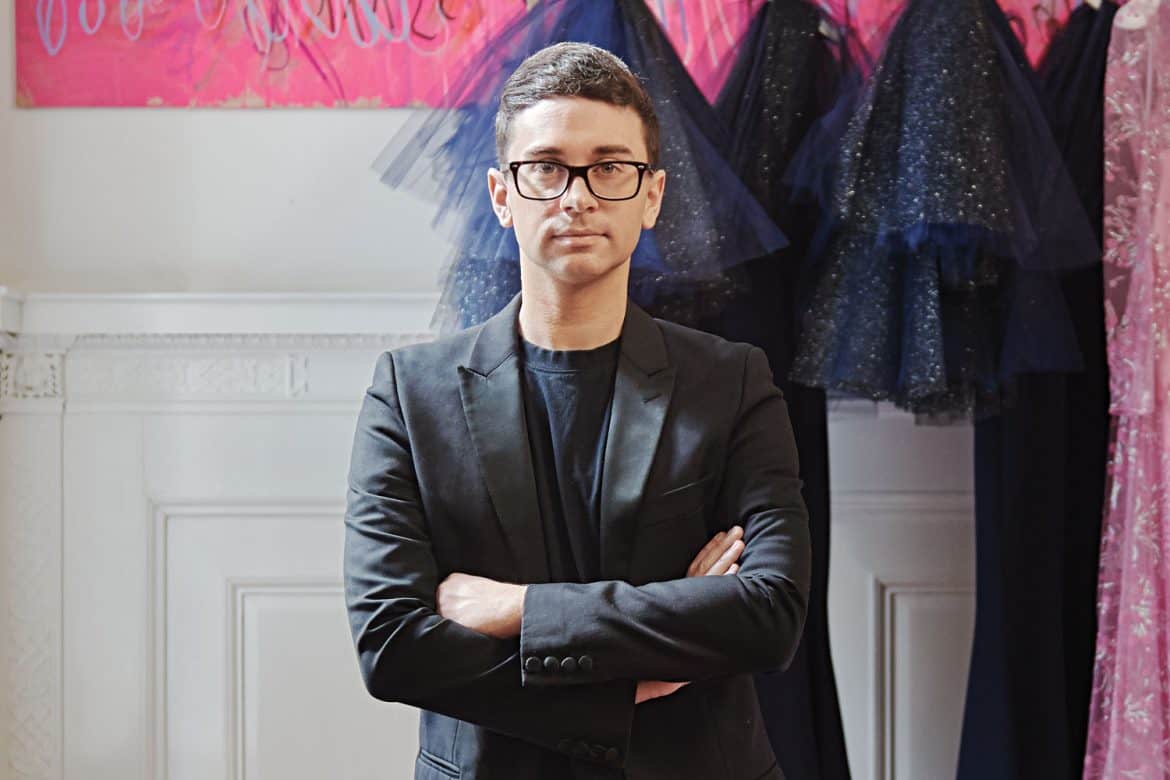 Christian Siriano is returning to Bravo’s Project Runway, the show that made him a household name. This time, he’s taking on Tim Gunn’s mentorship role, doling out lessons he learned by dressing the most famous women in the world. We caught up with the candid designer about the new show and how he’s leading the charge in a changing fashion landscape.

You were one of the first designers to put curvy models on the runway. What inspired that decision?
It was only a few years ago, right after I started working with Lane Bryant. I met Ashley Graham for the first time, before she was “Ashley Graham,” and I also met Candice [Huffine]. I didn’t know that there were [plus-size] models available to work with — and I don’t think many others did, either. After meeting these amazing women, it didn’t make sense to go back to my normal casting. I’d always get comments from women who said they couldn’t envision themselves in certain looks they saw on the runway.

The first time you put these models on the runway, the audience went wild with cheers.
I really didn’t think it was going to have the impact it had. I thought it was going to look fabulous and maybe get us some new customers. I never thought it would make people feel so good. That was the best part, and that’s a big part of why I keep doing it. It’s a win/win. All [designers] need to collectively do it, and then it won’t become such a topic. 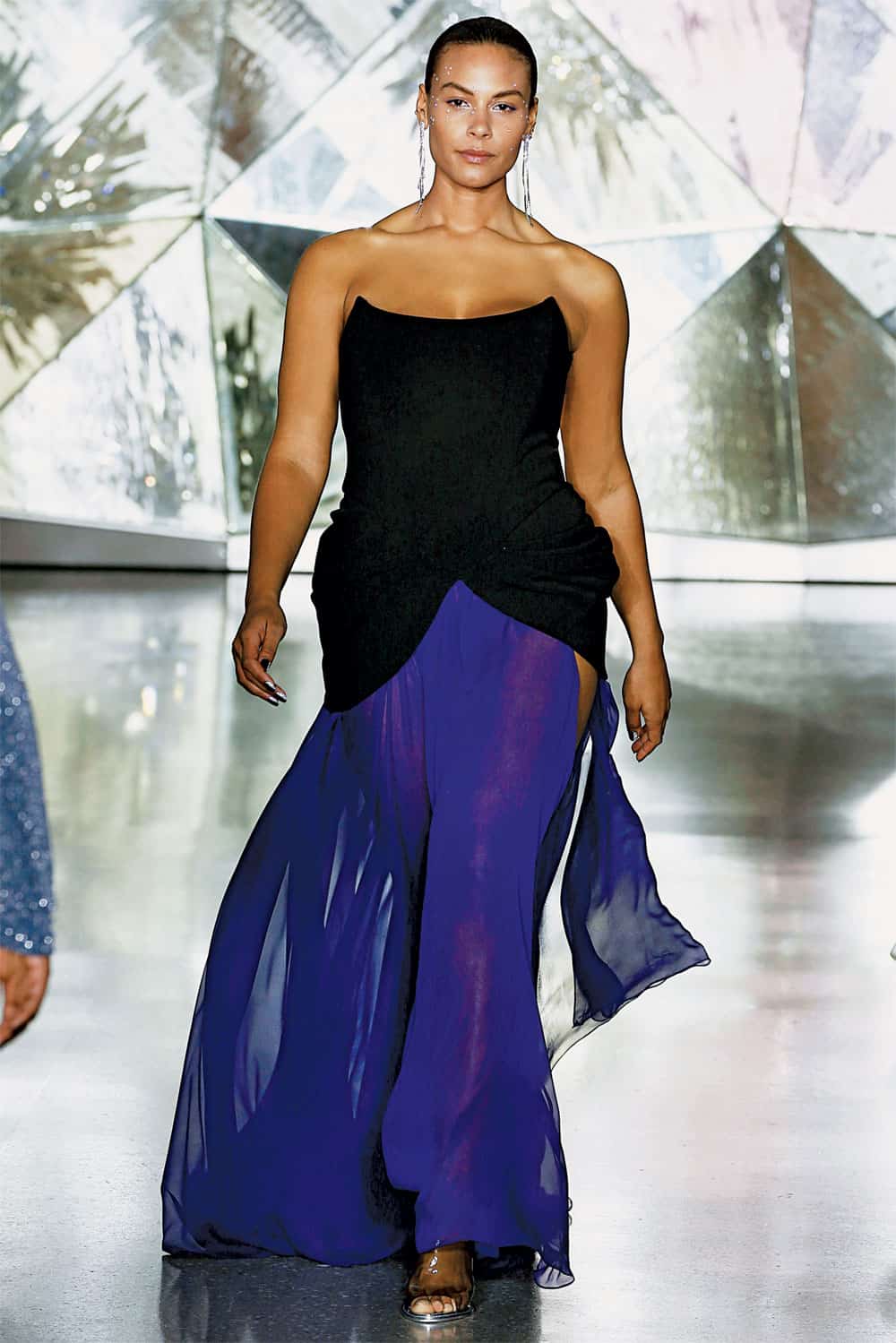 Was Ashley Graham in that first show?
No. She didn’t walk for me until our show in February of last year. I actually never asked her because I didn’t think she’d do it. I texted her and I was like, “Would you ever do this?” and she was like, “Sure, I’ll be there!” I thought she’d be too busy.

You’ve become the go-to designer for actresses of all ages. Who were some of the first celebs that supported you?
Early on in my career, we had a huge celebrity following. I was asked to dress Whoopi Goldberg when she hosted the Tony Awards. They wanted me to design all her clothes. What young designer would say no? And then I was getting requests to dress Oprah Winfrey. You can’t say no to Oprah. It just kept going from there — Rihanna, Lady Gaga… It was such a range, from Sally Field for the Tonys to Laurie Metcalf when she was up for an Oscar.

With all the women you’ve dressed, what was one of your favorite moments?
Dressing Kathy Bates for the Emmys. When I showed up at her house, she already knew a lot about me. The reason she wanted me to dress her was because I was dressing these other women, and she’s not a tiny sample size. The same thing happened with Michelle Obama; she chose to wear me at the Democratic National Convention because I was dressing all these other women of size and color. I’ve been celebrating all these different types of people for a long time. Kathy Bates told me that not many [designers] wanted to dress her, and I said, “But you’re Kathy Bates!” 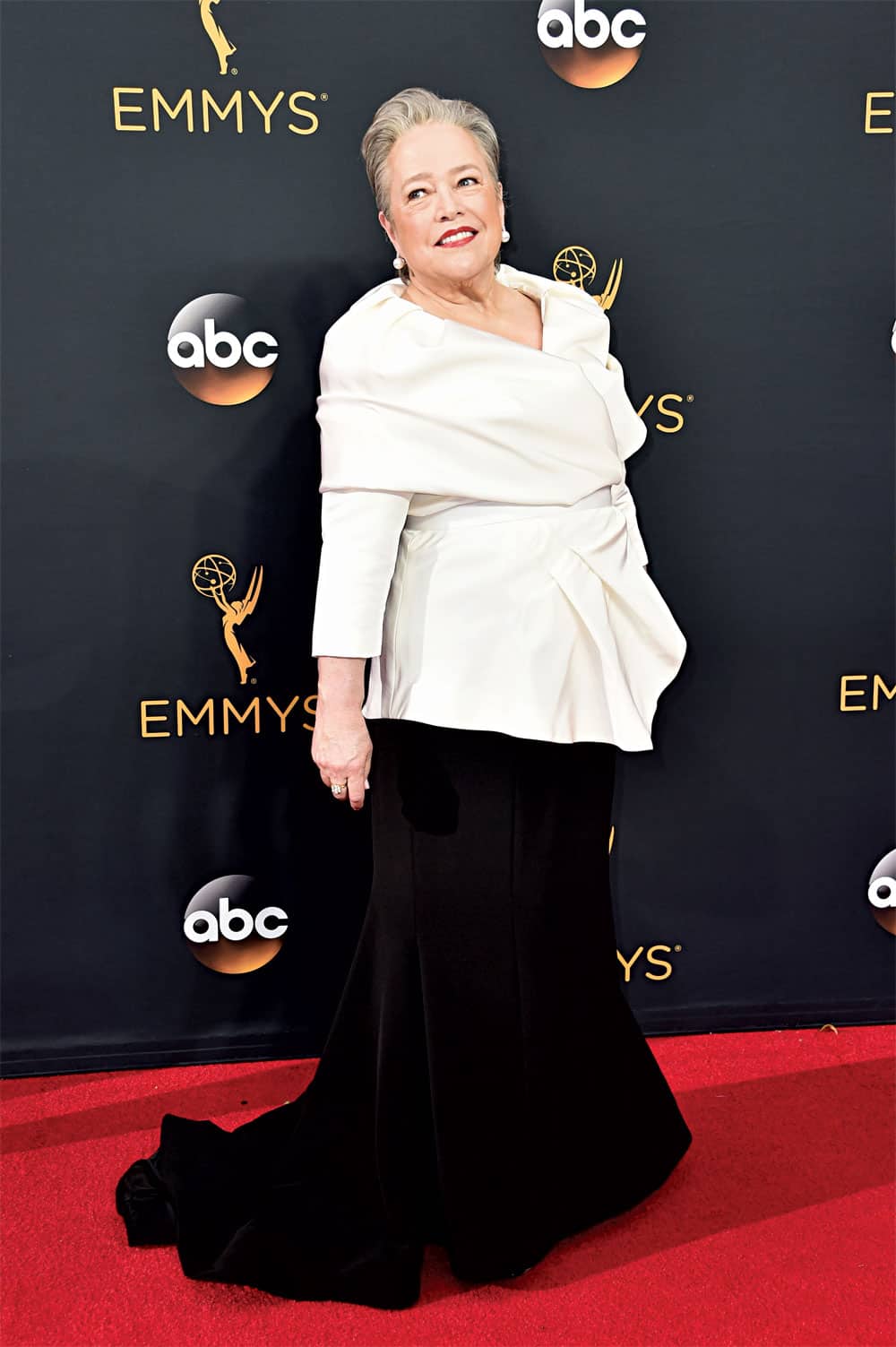 When Bravo’s Project Runway came calling again, was taking on the Tim Gunn role a no-brainer?
I didn’t even answer until the last minute because of the time commitment. It’s hard — I have around 40 employees, and the mentor role on the show is an all-day job. The judges just show up and judge, but I needed to be there all the time. But it was quite rewarding, because the designers needed somebody like me to help them — I’m really in the business. Tim Gunn was amazing and iconic and forever will be, but he wasn’t a working designer. If they were to say, “This is inspired by Beyoncé,” I would say, “Well, I just dressed Beyoncé, and she would not wear that.”

Do you like the business side of fashion?
No. Disgusting! It’s actually really horrible. To be honest, that’s why I just want to give up on some days, because it’s so hard. The money, the employees, the salaries — just a few minutes ago, I was upstairs, signing up for new health insurance for everyone. During awards season, we spend probably $100,000 on shipping. It’s disgusting! It’s wild! Back and forth and back and forth to L.A. for a box is like $1,000 each time.

Your sales are strong internationally. Why do you think that is?
The world of eveningwear and luxury is more of a European or Middle Eastern thing. The event gown business here isn’t what it used to be. 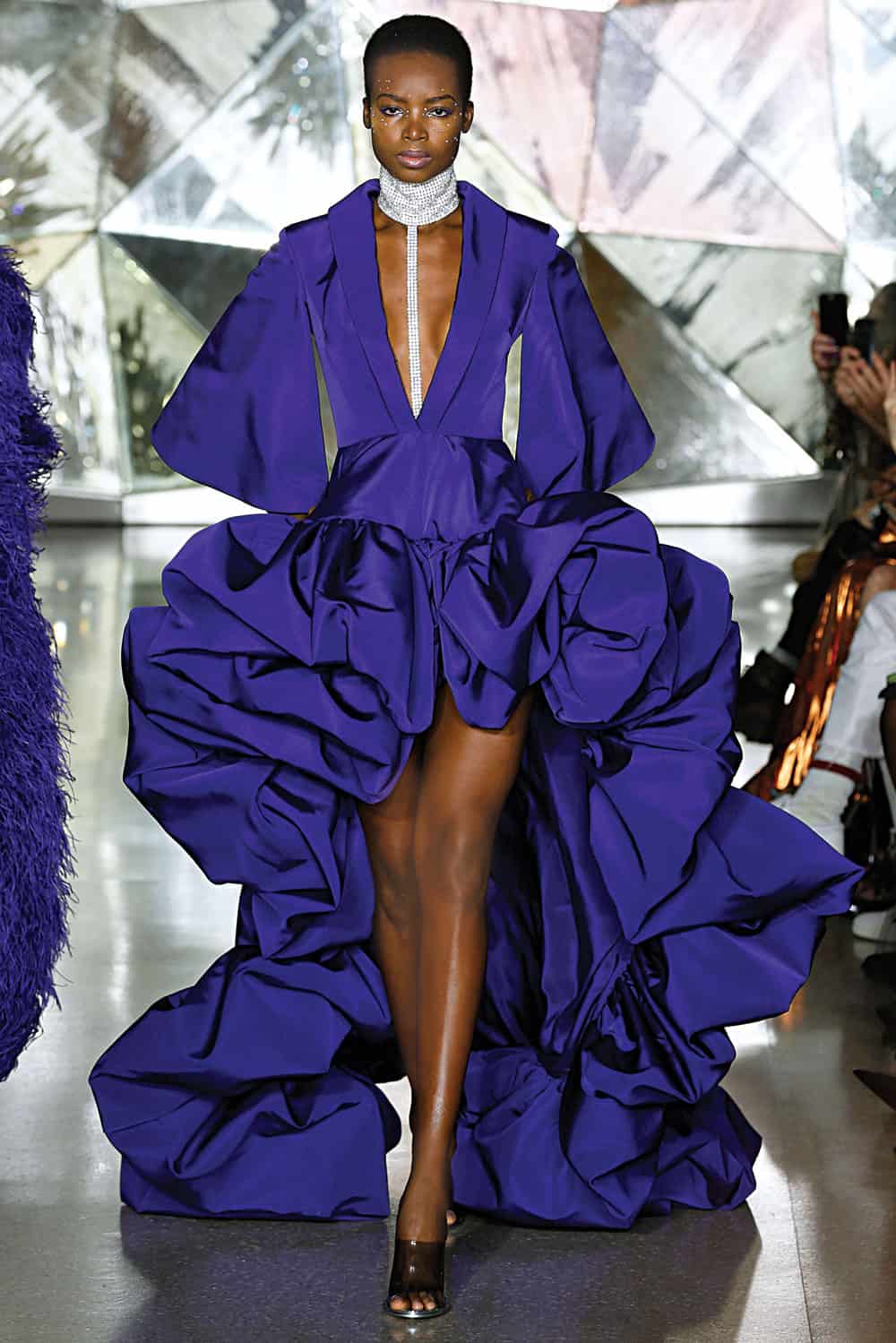 Do you ever sit back and take it all in?
No. I’m constantly moving, sadly. But some days I think it’s pretty cool, like when Billy Porter wore our look at the Oscars. That was such a moment that I think will change people’s lives forever. I wish that I could just sit back and think about that, but it’s hard, because the next day I had to come in to the office and deal with another issue!

How did that dialogue with Billy begin?
He came to my show and literally the day after he was like, “Oh, my God, I loved the show so much. I’m hosting the Oscars red carpet for ABC. Would you make me a gown?” I was like, “Sure.” We tried on one shape, and I threw a jacket on it. It was so easy. Sometimes that’s when it is the best, though. I think people forget that the Oscars red carpet is seen by everyone in the world, not just America. [Billy’s dress] was not something people were used to seeing. I live in New York and I hang out with a lot of gay and trans people, so it’s so wild to see people being like, “Oh, my God, I’ve never seen a dress like that on the red carpet before!” Which I guess is a thing. 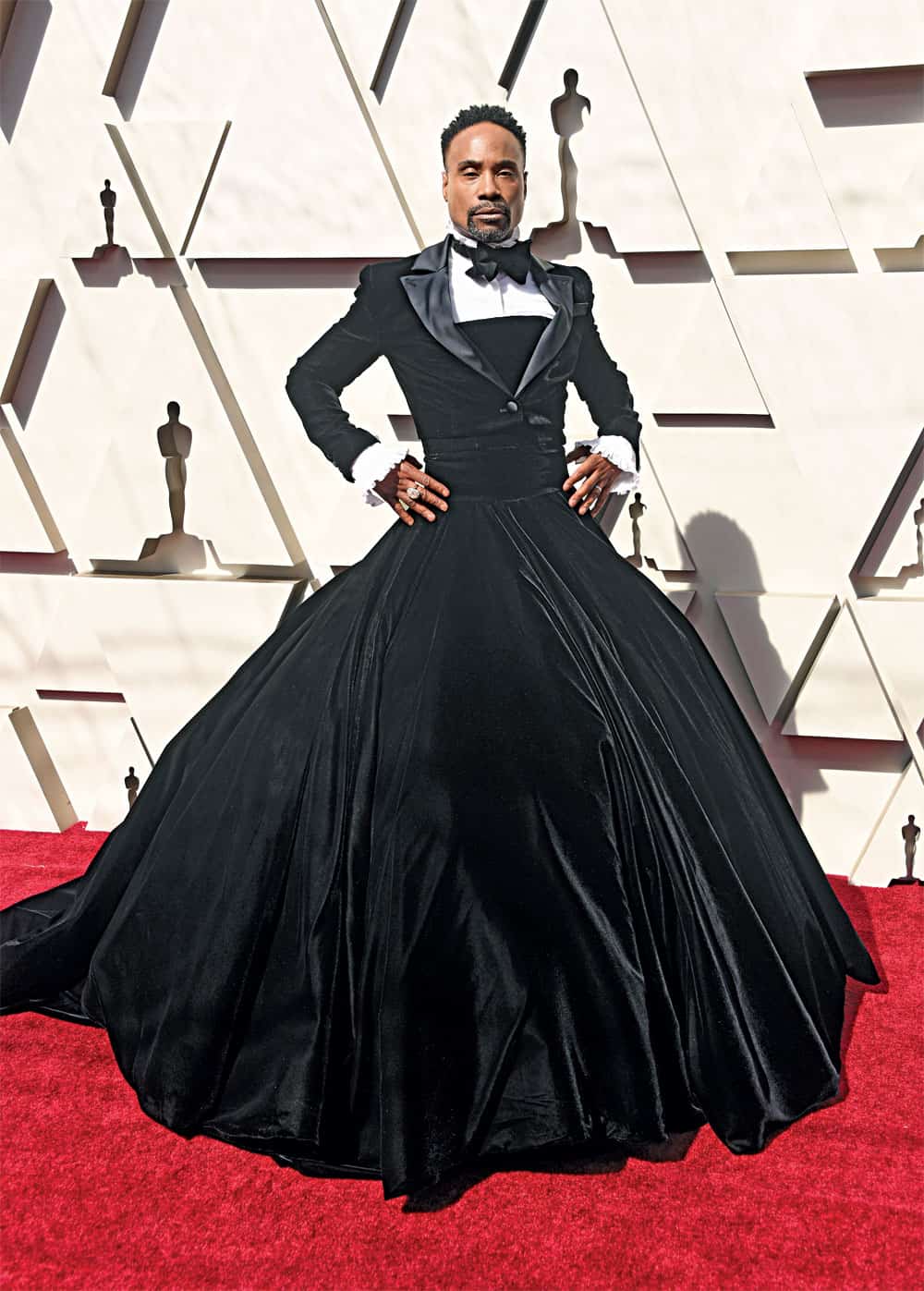 Even if it upsets some people.
That’s better, though! That’s what was so great. The outpouring of support was so amazing that it really pushed aside the negative.

How do you have so much energy?
I’m getting tired. [Laughs] You know why? It’s because I actually still really get inspired. I make really quick decisive decisions, which is why I think red carpets are always successful [for the brand]. When Ariana [Grande] was getting Billboard’s Woman of the Year award, her stylist, Law Roach, asked me to make a brand-new dress that I posted on Instagram. We made it in five hours, and she wore it! I’m so quick to answer — that’s the only reason things work out here.