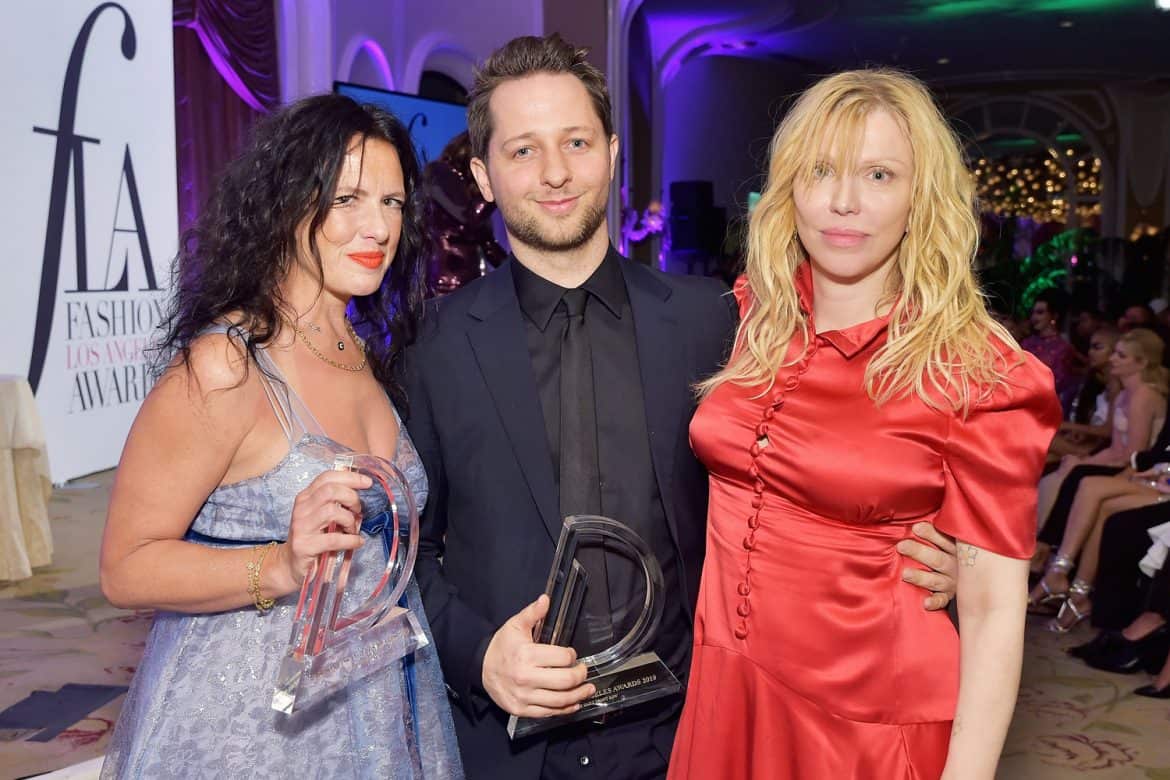 Last year, LOVE magazine editrix Katie Grand and YouTube’s head of fashion and beauty Derek Blasberg joined forces to create #MovingLOVE, a moving version of what was traditionally known as a magazine. The power duo enlisted an impressive crew of friends like Kaia Gerber, Kate Moss, and Bella Hadid to create more than 50 videos for the project, which received 16 million views… and counting! The Daily asked the collaborators to interview each other to reveal how it all came about.

Katie Grand: It’s perfect for you.

Blasberg: I know! Congrats to you and me, too.

Grand: We’re here to talk about #MovingLOVE, the series of films that we collaborated on at the end of 2018.

Blasberg: You were one of the first calls I made after I joined YouTube. Remember having lunch after the Schiaparelli couture show in Paris and cooking up this idea? Did you already know what #MovingLOVE was going to be then?

Grand: I was excited that you were going to YouTube because it felt like quite a monumental move. You’re so well known in the worlds of fashion and magazines, so for you to go to a tech company was exciting. I wanted to be a part of it, too.

Blasberg: For my part, I had always wanted to work with the illustrious Katie Grand! Sure, I have interviewed Cher and Linda Evangelista for LOVE, but this was the first time we had a proper, real collaboration on a larger, more thorough project. Something that required a lot more of us chatting and brainstorming.

Blasberg: It wasn’t a light lift, was it? I just looked at the numbers and in total we put together 54 videos that clocked nearly 16 million views and 24 million minutes of watch time.

Blasberg: If my math is right, that works out to more than 44 years. Leonardo DiCaprio is 44 years old, so it would be like if he was born and did nothing but watch #MovingLOVE for his entire life.

Grand: Who had the most views?

Blasberg: Bella Hadid and her video on being comfortable in her own skin. I feel partial to this video because I visited the set that day, and I remember thinking, “If Bella Hadid wearing this strapping Saint Laurent one-piece swimsuit doesn’t get views, I don’t know what will.”

Grand: What was great was how you pushed the project forward and told us to find a narrative for each of the characters.

Blasberg: That’s because YouTube is a platform that feeds on an engaging narrative. It’s not just pretty pictures. To win on YouTube, you have to tell a story, reveal a secret, show a little leg — which Bella did, literally! I think when people come to YouTube, they want to learn something. That’s why beauty tutorials do so well. You have someone who looks bad at the start and looks good at the end, and you learn all these tips along the way.

Grand: There were moments when we were filming that are still inspiring. On the last day, when we were shooting in a tiny office about the size of your wardrobe, we had Kate Moss and April Ashley in hair and makeup at the same time. April was a model in the 1950s, until she was outed by a British paper in 1961 for being transgender. It was amazing to have two icons from different generations in the same room, just having a chat.

Blasberg: What I thought was so fascinating about Kate’s story was how she said she still gets nervous before the first shot on a modeling job. She said she’s asking, “What am I doing here? Why have they booked me?”

Grand: Kate arrived while Samantha Morton was still shooting, and Sam had given this amazing, well thought-out performance where she did this dramatic reading and danced like a wild woman. Kate walked in and stood there shaking her head and said, “I can’t follow that!” But the minute Kate got in front of the cameras and realized she was alone, she loosened up. At one point she said, “I might do some somber dancing,” and then did. At five in the afternoon, it was quite charming.

Blasberg: How did you hear about April Ashley?

Grand: April had came through Paul Flynn, who worked on LOVE, and he said when we were finishing casting, “Have you ever thought about April?” I didn’t know much about her and then started reading about her, and she just seemed like such an icon and personality and was perfect for this project. Everyone was definitely excited about shooting her.

Blasberg: YouTube is a platform that feels primarily digital, and lots of content is shot on phones and on the go. But you flipped the switch on that and used vintage movie cameras that look almost analog. Tell me about those and about how it was to work with your husband, Steve Mackey.

Grand: We had four original film cameras from the 1970s, which looked like the BBC from that era. Steve and his partner, Douglas Hart of Call This Number, had been researching them for about five years and they’d slowly been buying them online. We’d have these weird packages turn up to the house, giant boxes of lights and tubes and whatever else they needed. Steve and Doug are both ex–bass players, so they first started using these cameras to film bands and other performers, like M.I.A., Peaches, and the Jon Spencer Blues Explosion. I just thought that could be really nice with what I do in the fashion space. At first, they were kind of reluctant to get involved, but in the end they got into it.

Blasberg: This is the closest you two have probably ever worked together.

Grand: It was intense. I don’t think anyone really wants to stand in the kitchen and talk about budgets at 10 at night, but whatever gets it done!

Blasberg: Nowadays, fashion photographers have so many digital techs and retouchers on set, but this felt very basic. It was interesting to watch Steve and Doug behind the cameras because they feel very analog.

Grand: This was probably one of the most comfortable shoots I’ve had with Kate because it was very intimate. The studio was small, so there wasn’t much room behind the camera. No one could really stare at her, and she could just be herself.

Blasberg: Was it exciting to think “video first” for a print magazine?

Grand: It was somewhere my head was already going, and it’s something I’d really like to do again because it just makes sense to me. I think it’s how people are used to digesting images now. Fashion is getting better and better with it.

Blasberg: Was this the first time that you had thought “video first”?

Grand: Yes, we got hitched! I loved when you said that videos should be at least three minutes because, in this viral world, we typically try and edit everything down to an instant. But what was nice about this project was that you could have lingering moments where the camera just watched. If you look at Bowie videos from the ’70s, not much happens. If you turn off the sound, it’s really not very much at all, but of course it’s Bowie, so it’s full of style. Like “Starman.”

Blasberg: Who else sticks out in your memory?

Grand: I remember the performance artist Kembra Pfahler staggering through the studio with her feet taped to bowling balls. That doesn’t happen on most fashion shoots. We had so many great movers, too. Ashley Graham strutting her stuff in that PVC catsuit. I thought Fran Summers was otherworldly in Rick Owens. And Neneh Cherry was iconic; the whole studio was mesmerized.

Blasberg: Oh, I forgot, my other favorite: David Beckham in blue eyeshadow.

Grand: Yes, I remember on set turning to the rest of the team and asking, “Can you believe he’s gone for the eyeshadow?”

Blasberg: But that’s the beauty — no pun intended! — of working with LOVE. Where else can the world’s most famous footballer play with makeup?