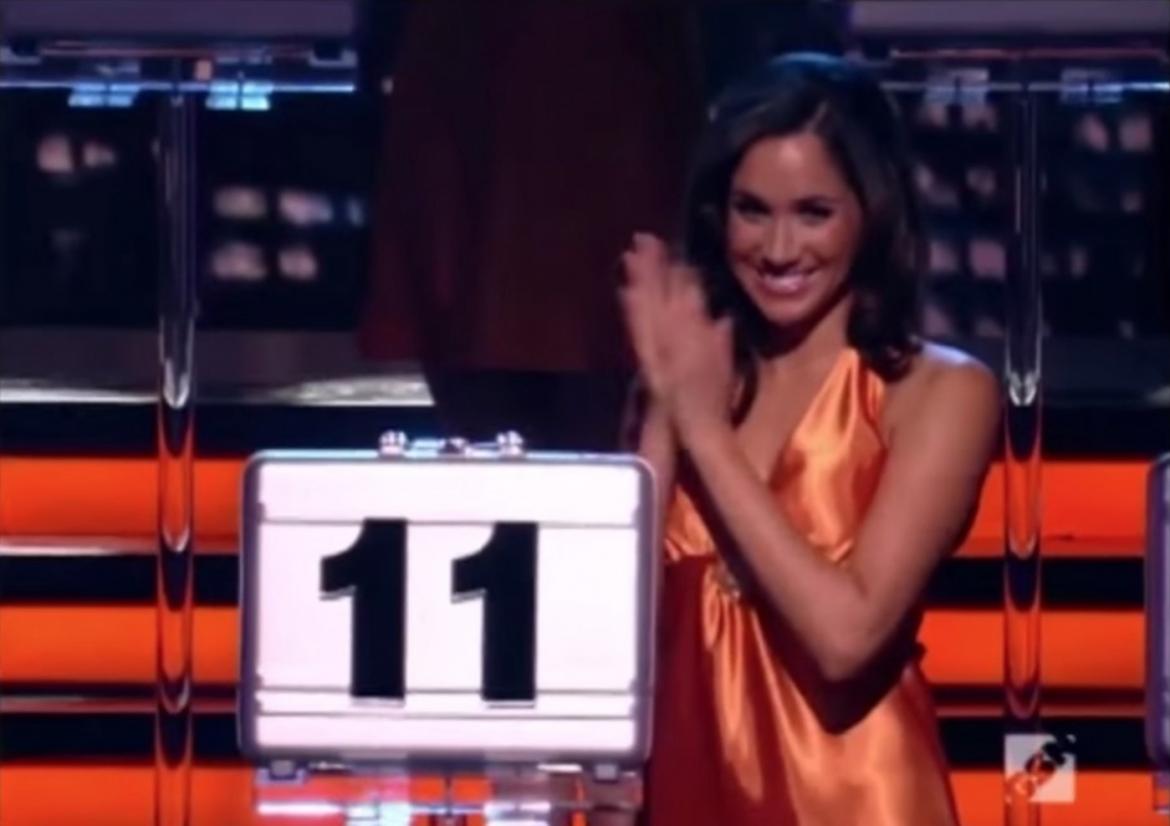 Chrissy Teigen and Meghan Markle go way back, apparently. Teigen revealed on The Ellen DeGeneres Show yesterday that she and Markle were both in charge of opening suitcases on Deal Or No Deal around the same time, making them both “suitcase girls!”

According to The Telegraph, Markle appeared in 34 episodes of the show between 2006 and 2007, while Teigen was in eight from 2007 to 2008. “I tell John all the time. That could be me. I could be Princess Harry,” Teigen told Ellen.

Two months ago, Teigen appeared on Andy Cohen’s Watch What Happens Live and said that her time on the show was short-lived. “I think she came in the second season or something,” she explained. “I did it from pilot season to first season, and then I got demoted because I couldn’t walk down the stairs. I got fired or something. I remember her being just very quiet and sweet. Just really kind, and I don’t say that about anybody.”

Here’s some video of Markle on the show, because, of course, you’ve got to see it to believe it.