CFDA Alums Look Back On Their Earliest CFDA Awards Memories 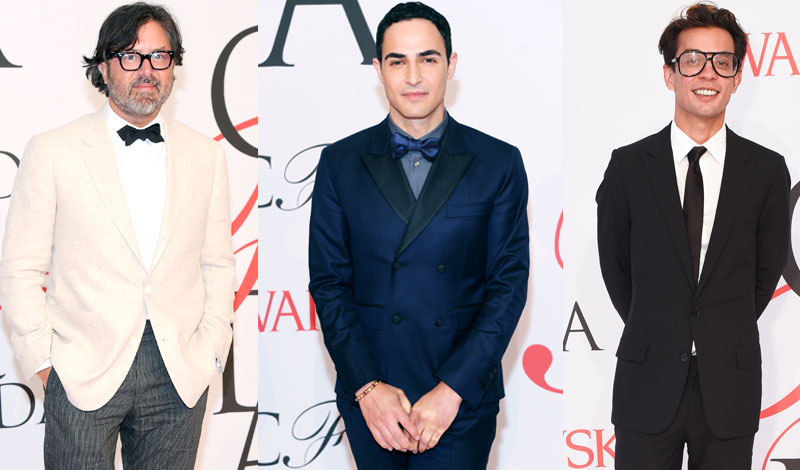 There were CFDA winners, nominees, veterans, and even a few second- and third-time winners at the CFDA Awards last night. We caught up with a few designers to find out what it was like the first time they experienced one of the fashion industry’s biggest award ceremonies.

Zac Posen: “I was nominated three years in a row before I won—I was 21, 22, and 23—so I was petrified and nervous. It was a whole new industry. I remember Helmut Swarovski presenting me with a crystal heart under the table; he said, ‘One day you’ll have a Swarovski award.’ I still have it.”

Michael Herz, artistic director,  DVF: “It was last year. It was really strange being English, because I didn’t know many people here. If I had been at the British Fashion Awards I would’ve known everyone! It was really quite intimidating, but I’m happy to be back here again.”

Billy Reid: “It was in 2001 and I was totally shocked. We were just happy to be here through everything. I had no speech planned, and I don’t remember anything I said. Jimmy Fallon was the presenter. It was really cool. We actually became friends after that. He was still on SNL at that time. I don’t know where we would be without any of it considering at that point in my career it changed everything, from contacts and the people we met to the support they’d given us…we owe so much to them. We are indebted forever.”

Patty Perreira, co-founder, Barton Perreira: “This is my third time. My first time I was in awe. To be in the same room as Grace Coddington was a huge deal for me, because I’m such a fan. Mingling with her was huge. What was more interesting was that her and Anna [Wintour] were on opposite sides of the room. It’s always such an eclectic mix of people. A lot of designers bring models. The year before last, Linda Evangelista was here, which was a highlight for me.”