The Cast of “The Assassination of Gianni Versace” Covers Entertainment Weekly 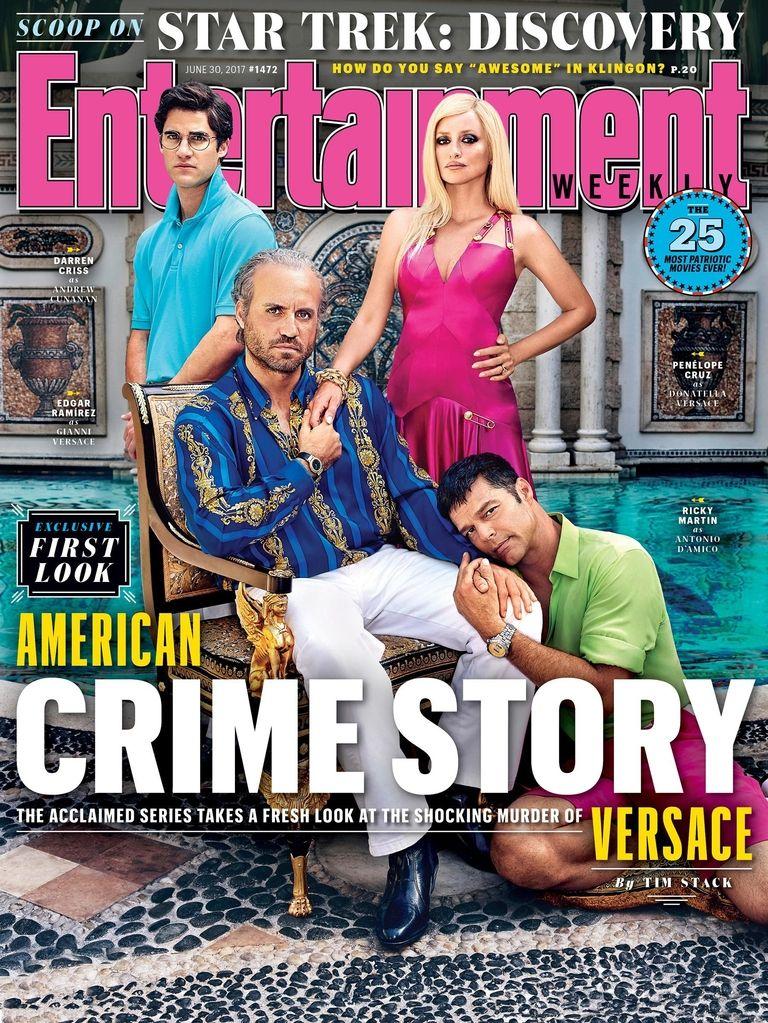 Ready to enter the world of Versace? The cast of The Assassination of Gianni Versace: American Crime Story is making their debut on the cover of Entertainment Weekly‘s latest issue, giving us a taste of what’s going to hit the small screen. The cover stars the series’ stars Edgar Ramirez, Penelope Cruz, Ricky Martin, and Darren Criss—the castings couldn’t be more accurate on the looks front, so we can only imagine their portrayals once the series debuts in 2018. Just look at Donatella! The Assassination of Gianni Versace follows the famous designer’s murder in 1997 by Cunanan, an obsessed sociopath who met him years before. The series will be an onscreen adaptation of the book Vulgar Favors by Marilyn Orth, which revolved around the event, and follows last year’s critically acclaimed The People v. O.J. Simpson. Ryan Murphy, who’s at the helm of the show, told EW what it was like following up the monumental show with the Versace murder. “This is so dramatically different, and it’s about fashion and celebrity,” he said. “Everything feels like you’re jumping off a diving board for the first time because there’s no template.”

The Flack Files: How to Date in the Hamptons