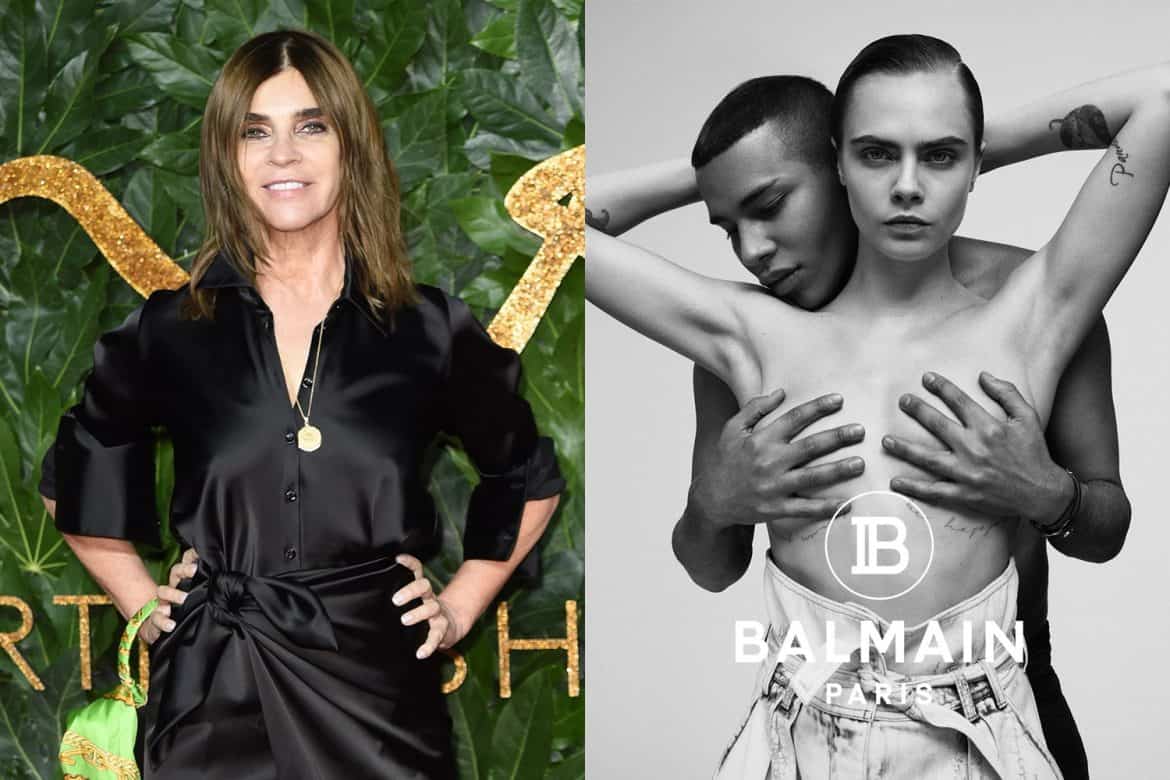 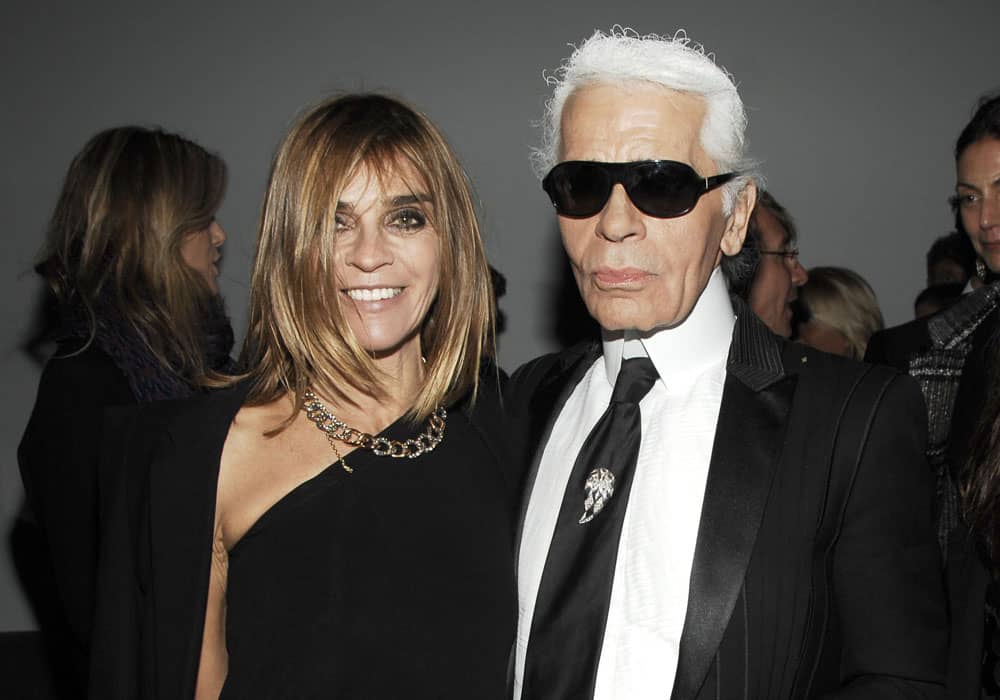 Balmain’s New Campaign Doesn’t Feature Any Clothes (Dazed)
Cara Delevingne appears in the new Spring 2019 campaign for Balmain in the nude. While one would think an ad for clothing should feature actual clothes, these seem perfect for the brand. After all, it is the perfect way to shift focus on to the brand’s new logo. 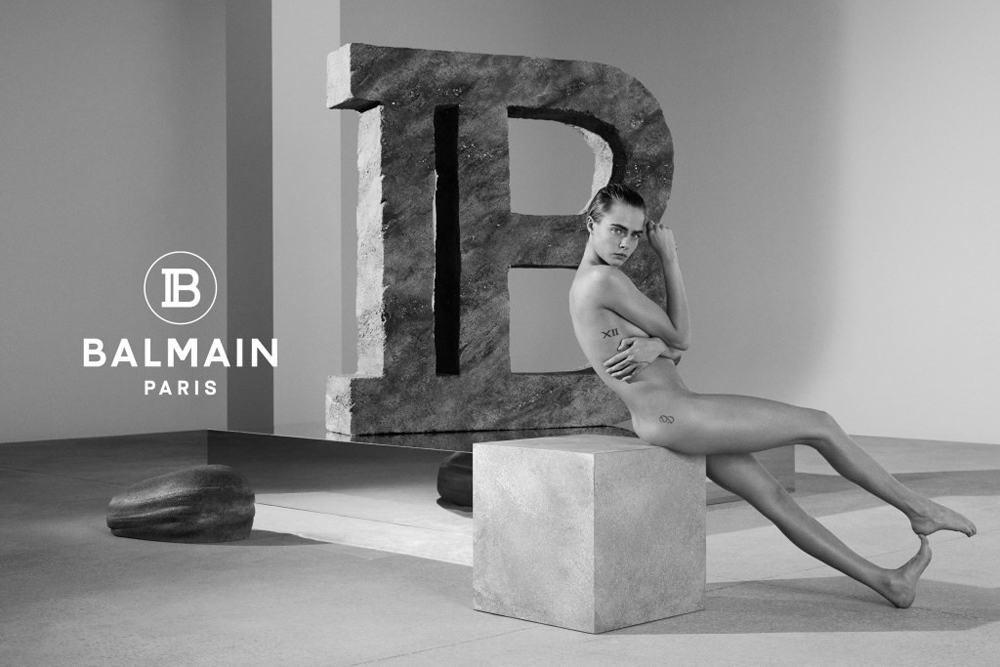 IMG Signs Iris Apfel (WWD)
97-year-old fashion icon Iris Apfel has been appearing in editorials and campaigns for years. The whole time she hasn’t been signed to a modeling agency — until now. Apfel is officially being represented by IMG! “I’m very excited. I never had a proper agent,” she told WWD. “People would just call. Tommy Hilfiger said that was no way to do it, and he put us together. I’m very excited and very grateful.”

Dior’s Latest Exhibit to Open in London This Weekend
On Saturday Dior’s new exhibit will open at the Victoria & Albert Museum in London. Christian Dior: Designer of Dreams explores the house’s relationship with Britain. In addition to couture pieces — including a dress worn by Princess Margaret — the exhibit also features vintage pictures and ephemera.

Snark Park Announces Debut Exhibit
Snark Park, the new permanent exhibit space at Hudson Yards, has announced its debut show. Lost and Found will be a “labyrinth of massive, inhabitable columns” that guests can wander through and explore. Tickets for timed entry are available now. Snark Park opens in March. 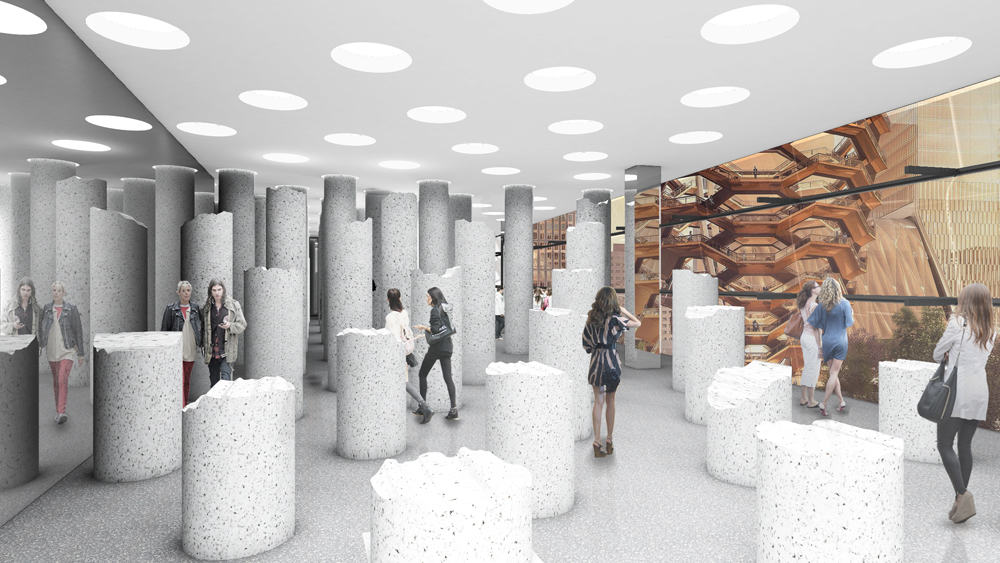 UPDATE
A previous version of this article said that Roitfeld’s role at Karl Lagerfeld was permanent. It is actually a partnership that will evolve, with announcements coming at a later time.

Gucci’s Homage to Classic Movie Musicals Is Everything