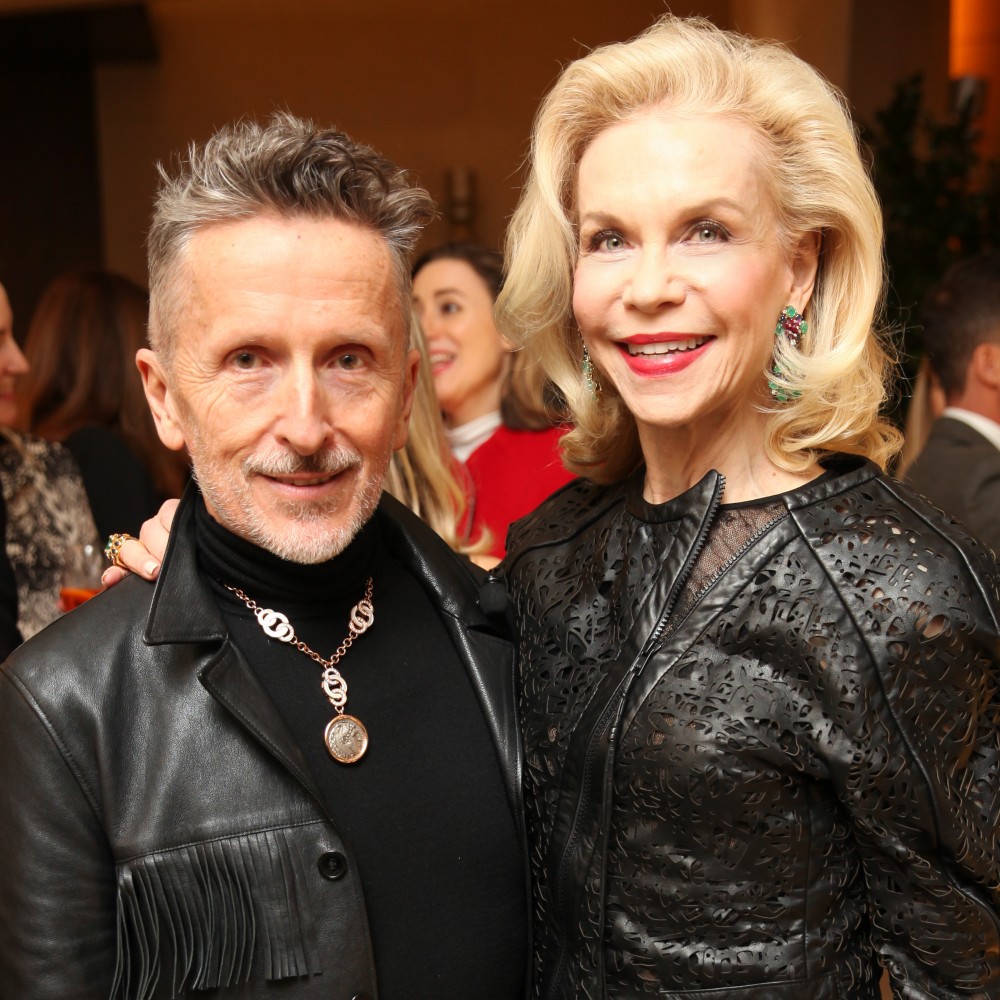 At Bulgari’s chic Fifth Avenue flagship last night, the brand held a dinner for the fashion elite to celebrate its 130th anniversary. The company’s North American brand president, Alberto Festa, hosted the evening alongside the guests of honor, Houston socialite Lynn Wyatt and Barneys’ Simon Doonan. The latter two showed up clad in black leather and Bulgari jewels, Doonan in a cowboy-style fringed leather jacket from Saint Laurent, and Wyatt in head-to-toe Ralph Rucci. “I’m interviewing Lynn so we thought we would do a little S&M thing in all-leather,” joked Doonan. As for his necklace for the evening? “Bulgari invited me to come do a reading from my new book The Asylum and I thought, ‘I have to wear something gorgeous! It wasn’t hard. This spoke to me. The coin is kind of butch and it’s very Bulgari.”

Guests like Stefano Tonchi, Anne Fulenwider, Anne Slowey, Mark Holgate, Karla Martinez de Salas, Rickie de Sole, Michael Carl, Stellene Volandes, Nicole Chapoteau, David Thielebeule, Marina Larroude, Kyle Anderson, and many more sat down to a dinner prepared by chef Roberto DiPinto, the Bulgari Hotel’s executive chef who came all the way from Milan for the occasion. Over a dinner of risotto and mediterranean sea bass, Doonan recounted a story from The Asylum in which he was charged with bringing celebrities to Barneys Co-Op when the store first opened. “I went back to the office and got in the fetal position and started sucking my thumb,” said Doonan. “How am I supposed to get celebrities to come shopping at 2 p.m. at a Co-op on a Saturday? I sent out a press release to Anne Slowey and everybody and told them the Queen of England was coming to cut the ribbon!” After a failed attempt at hiring celebrity impersonators from New Jersey, Doonan finally decided that he would have to come as the Queen of England himself. “I had tits and a full-length gown on. I had makeup, hair, the whole thing. I had a sash with two brooches, bangles, baubles, coronet tiara, diadem crown. It wasn’t the Queen walking her corgis in an Aquascutum skirt through the heather.”

Meanwhile, Wyatt recounted her own royal encounter, which was of a much different variety. While at an event for Princess Grace of Monaco, her “lady in waiting” told her, “Mrs. Wyatt, I’m so sorry, but you are wearing the same dress as Princess Grace.” The dress? A Christian Dior by Marc Bohan. “I thought, ‘Well great, I’m flattered!'” said Wyatt. She was promptly ordered to go home and change. “At least we both had great taste! We all just love Marc Bohan back then,” said Wyatt. As for how Wyatt describes her own personal style? “Class with a bit of dash, but never trash!” she told the crowd. Now imagine that sentence in a slow Texan drawl. Afterwards at the dinner table, Wyatt enchanted some of the guests who stayed late to hear her own personal stories of Princess Grace, Prince Rainer III, Aga Khan IV, Monaco, chic parities at Maxims, and her husband, Oscar Wyatt. But we’ll have to keep those tales to ourselves, darlings! 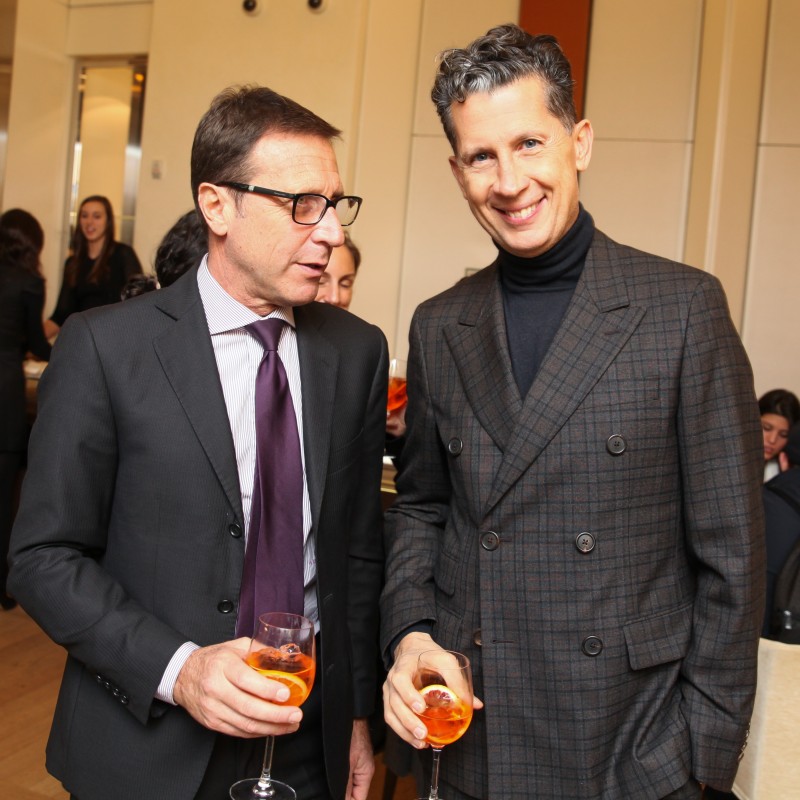 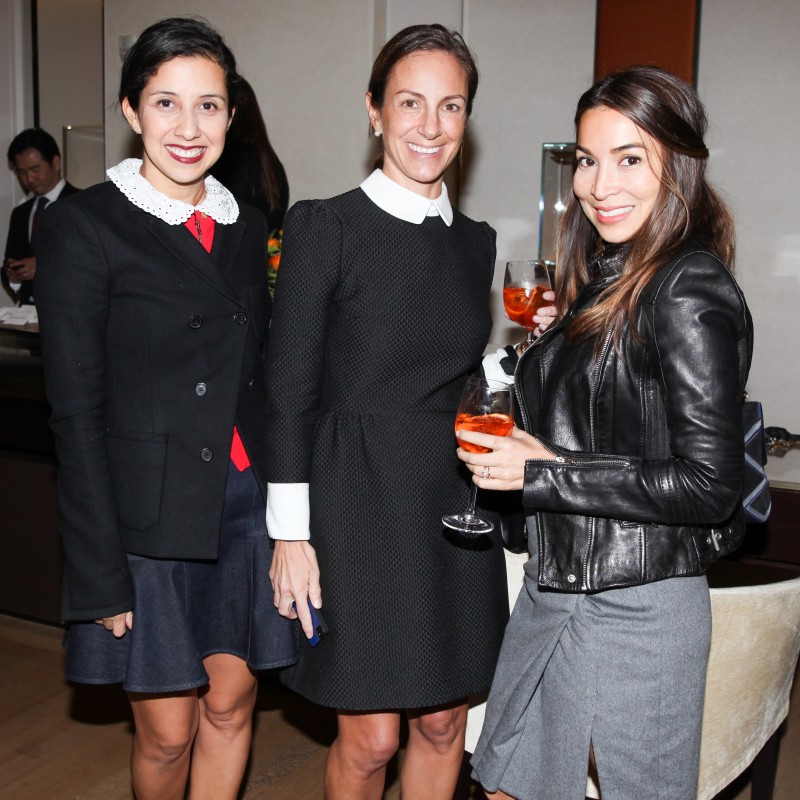 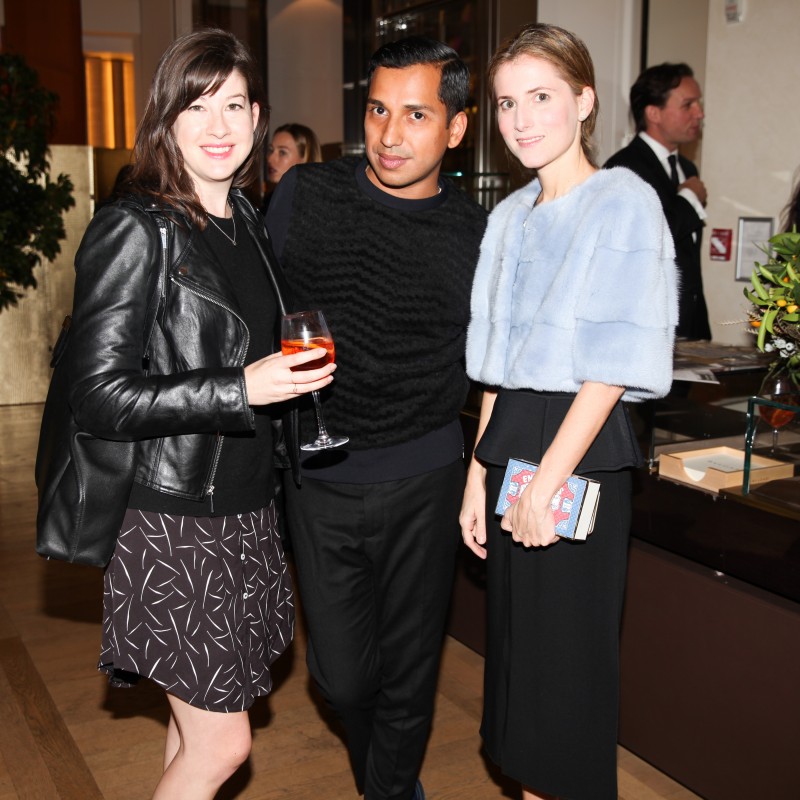