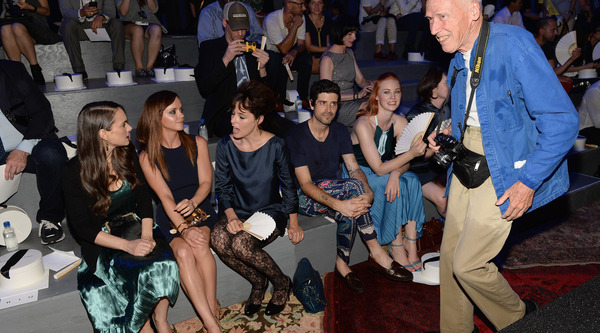 Pre-show at Gareth Pugh, Bill Cunningham was seen asking Colette’s Sarah Lerfel to kindly get up from her front row seat so that he might climb over the bench seating to take several photos of a woman in standing wearing an inventive fascinator. Nevermind that the show was about to start. Only King Cunningham could get away with such tactics! Whatever it takes to get the shot.