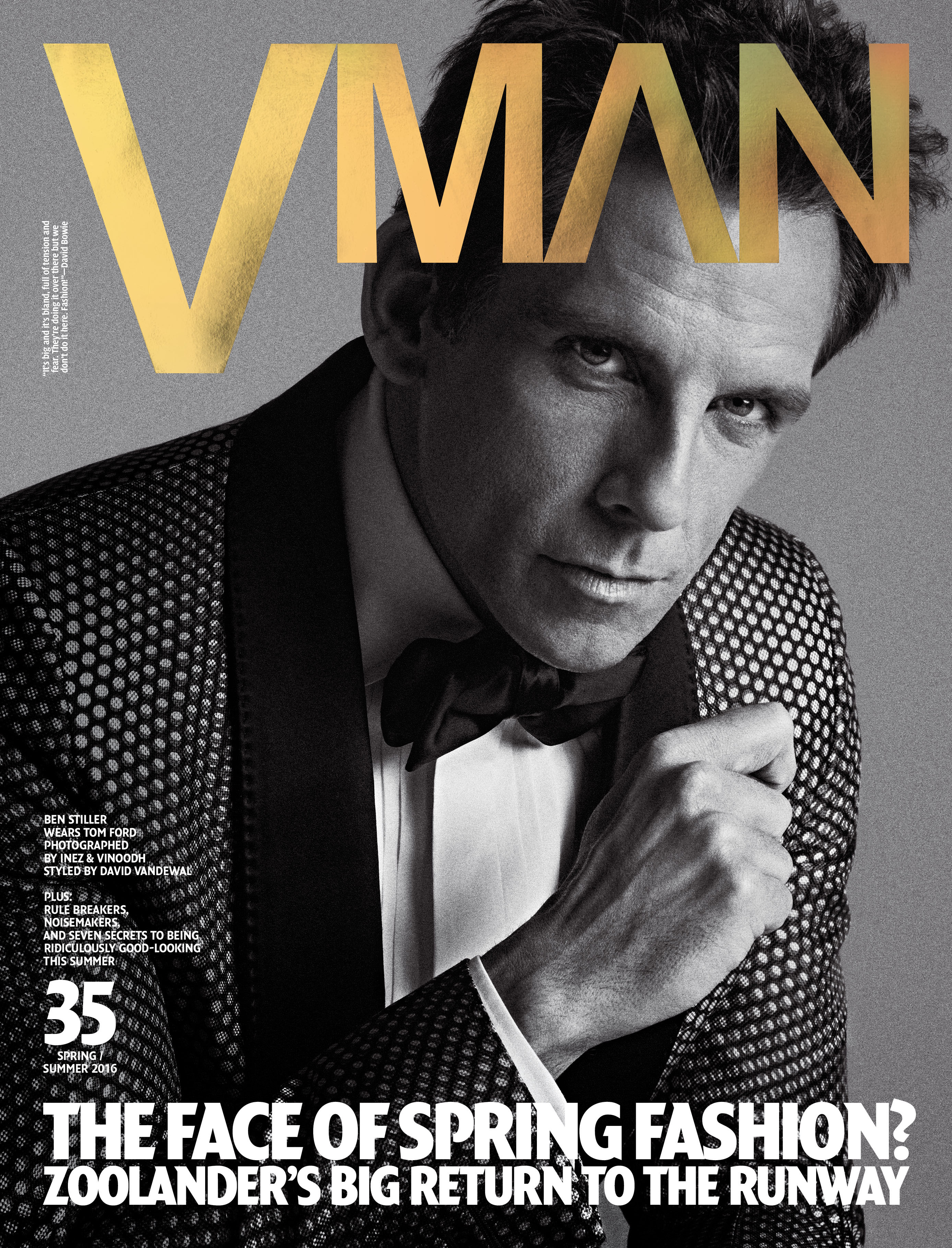 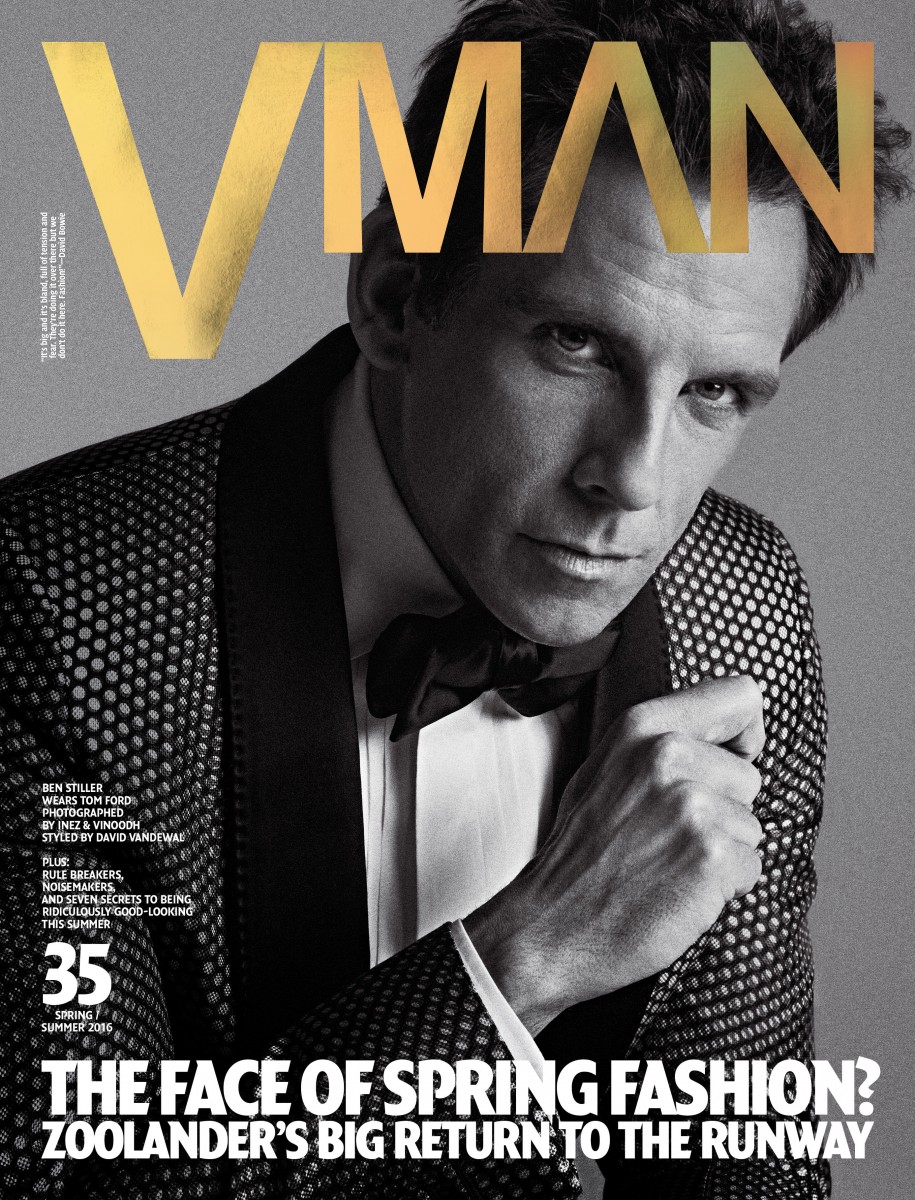 Fifteen years after his runway debut à la Zoolander, Ben Stiller reprises his role as professional male model Derek Zoolander in the blockbuster’s sequel this month. And while Stiller’s fashion alter ego has been getting all the press attention (naturally), it’s Stiller who’s landed the cover of Stephen Gan’s V Man Spring/Summer 2016 issue (though we must admit, he might be giving us his best Blue Steel). Inside, Stiller talks about the progression of his character and gives us a look into Derek’s latest venture—social media. With just weeks to go before the official release of Zoolander 2—or 2lander—Tim Blanks chatted with the actor turned writer/director/producer…

On social media’s role in the plot: “Whenever we got back into it, more time had gone by. For me, it’s a very natural thing that Derek would do selfies, once he figures out how to flip the camera around to take the picture. I’m probably as uncomfortable as anyone trying to figure out how to be a part of that, but Derek Zoolander has to figure out how to exist in that world, because if it had existed 15 years ago it would have been a big part of the movie.”

On Hollywood egos: “We’re all guilty of it in show business. Anything that involves ego, where you think the world revolves around you. It’s all in the same world of entertainment, as opposed to doing things like being a heart surgeon or a fireman, jobs that are life and death. Anything that’s not that is very easy to conflate.”

On Valentino: “It was more an appreciation of the hard work—and an empathy too. We had such a great connection with the Valentino people, and to see Pierpaolo and Maria Grazia, who are my generation, working in that world, to see what they have to deal with…I feel I learned a little more about it this time around.”

On Derek Zoolander’s evolution: “First and foremost to hopefully make people laugh. That’s why people come to a comedy, and what I learn every time I screen a comedy, no matter what you do, if people aren’t laughing… But hopefully it’s a movie that has the world we’ve created that feels consistent, that takes you to a different place. And hopefully it’s the characters that people loved from the first film doing things they haven’t seen them do.”

Condé Nast and Hearst Team Up to Launch PubWorx

Rita Ora on the Future of Fashion