The Backstreet Boys are back (forgive me) with a new song and accompanying music video, ostensibly to promote their upcoming summer tour and Las Vegas residency. The song is called “Don’t Go Breaking My Heart” and it is definitely not a cover of Elton John and Kiki Dee’s 1976 classic by the same name. You know the one, but just in case, I’m adding it here.

Anyway, the point is, the Backstreet Boys just came out with their first music video in who knows how long — decades? — and I’m not sure how to feel about it. I mean, I was never what you would call a “fan.” When the Backstreet Boys first hit it big in 1997, I was listening to bands like Pulp, The Wallflowers, and The Smashing Pumpkins. Not that I didn’t notice them. I definitely did. That half-naked rain-falling-on-bleachers scene at the end of “Quit Playing Games With My Heart” was the closest thing to gay porn that I’d ever seen at the time and I’m pretty sure I had a mini sexual awakening right there in my parents’ living room, but I digress.

The point it, I wasn’t a fan. Or so I thought. But cut to however many years later when the group reunited for a surprise performance at the Balmain x H&M show and there I was, singing along and fangirling out as hard as anyone. So I guess on some level I must have loved them all along. I don’t know. I’ll unpack all of this with my therapist later.

For now, let’s get back to the video. It’s pretty standard Backstreet Boys fare — group dance scenes intercut with close-ups of each of the guys singing and dancing on their own.

The guys look pretty good for the most part, although let’s be honest, intense back-lighting hides a multitude of sins. Still… Nick, Brian, and Howie have held up pretty well over the years. AJ, on the other hand, looks kind of like a pocket-sized Joey Fatone. 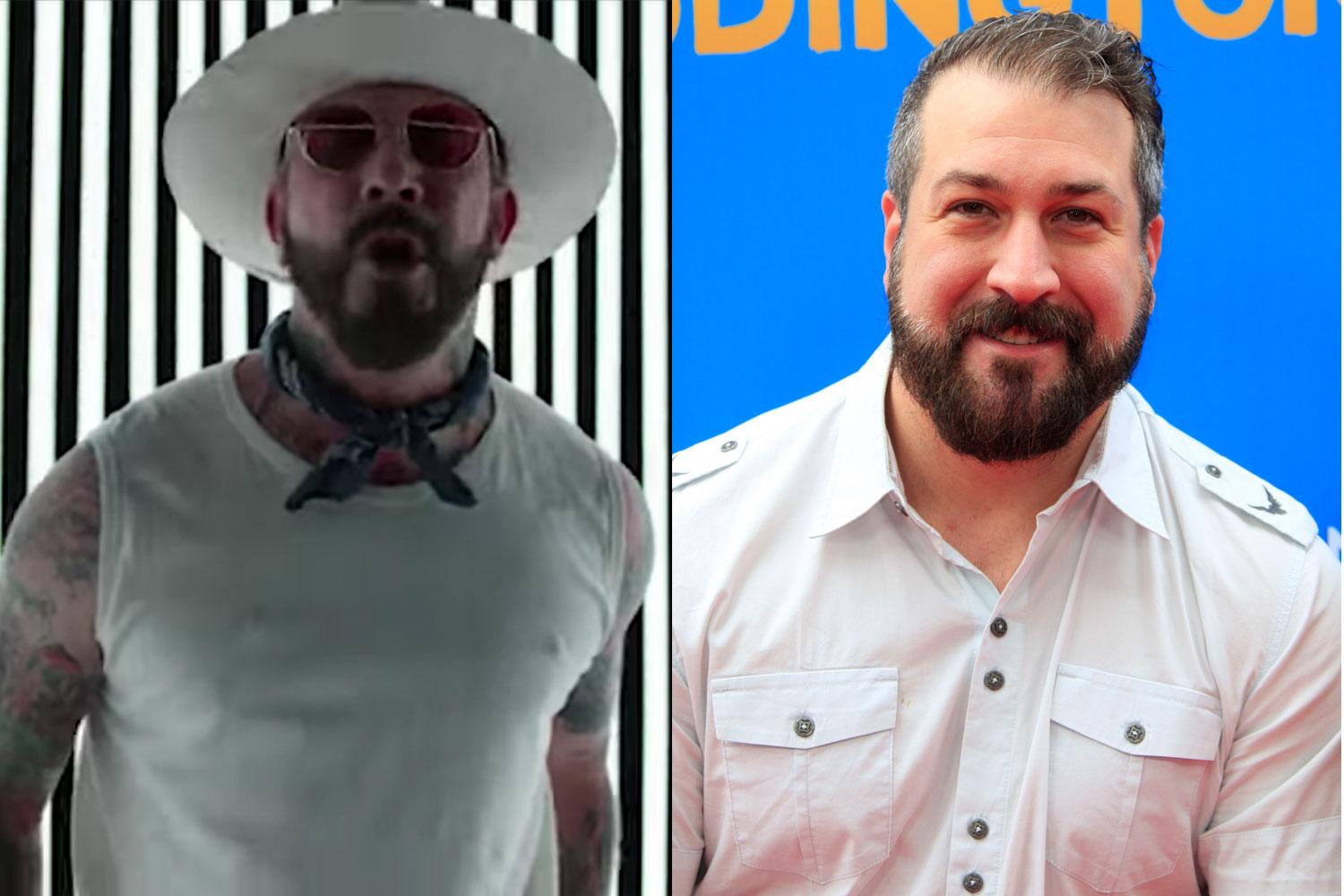 AJ McLean in “Don’t Go Breaking My Heart” (left) and Joey Fatone at the LA premiere of “Paddington” in 2015. (Youtube, Patrick McMullan)

And Kevin, well, he’s giving me major Gary-Oldman-in-Bram-Stoker’s-Dracula vibes. I mean, that hair! 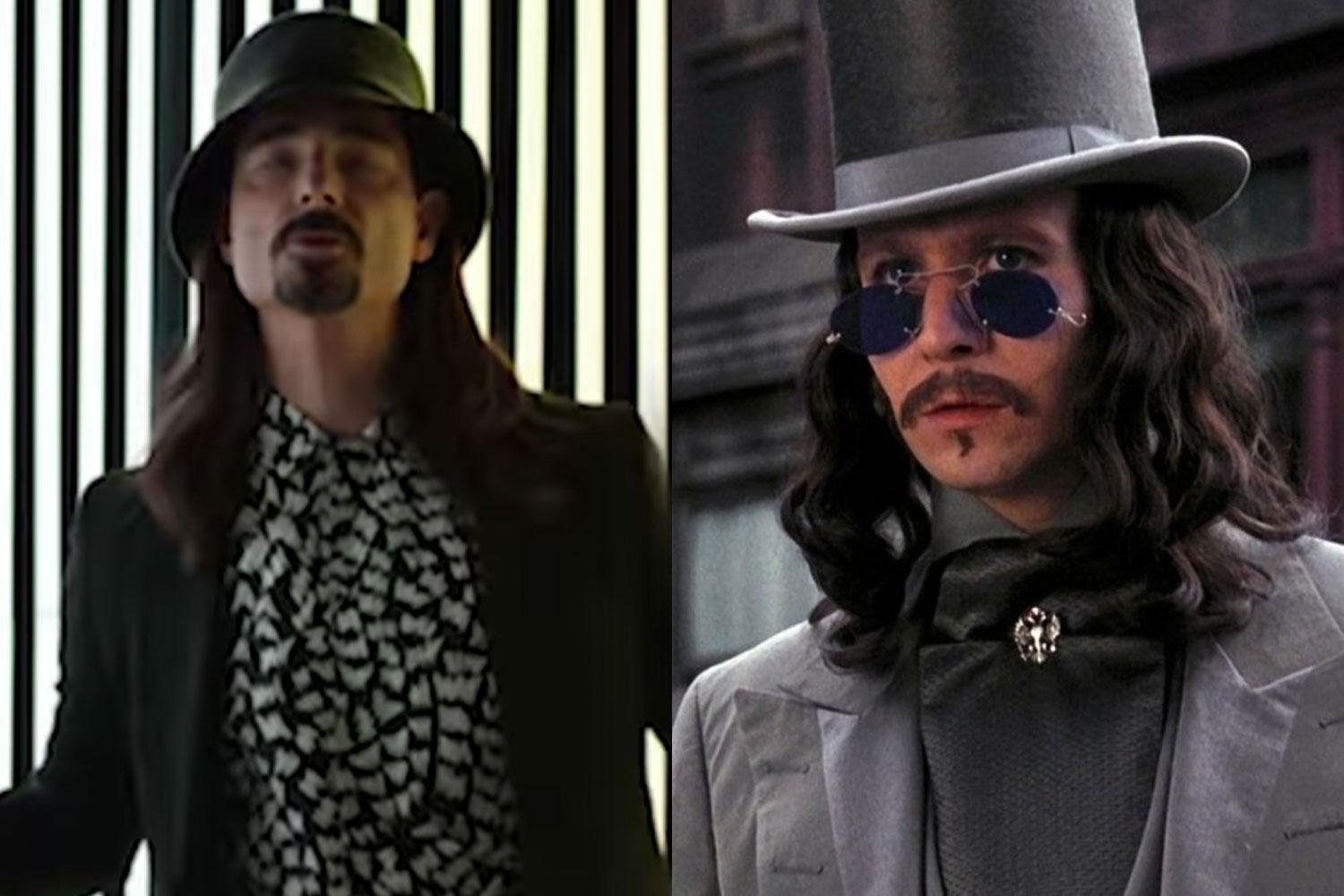 He also looks like he could run some sort of new age ashram / sex cult near Big Sur. You know what I mean? Time… she’s a bitch!

The song itself is kind of great. I mean, I’ve only listened to it twice in the course of writing this post and already it has thoroughly wedged itself into my brain and I’m OK with that. It’s the kind of inoffensive synth-pop that was tailor-made for da club and although my nights at da club are more or less a thing of the past at this point, I feel like, were I to return to the dance floors of my 20s and hear this song, I’d be totally into it.

This post is getting really long and I’m getting a little bored, so let’s just talk about the dancing for a little bit and then call it a day, okay? Okay!

So, yeah, the video is full of dancing. I’m going to go out on a limb here and say that the dancing is kind of meh compared to what they used to do, but feel free to disagree. Either way, their moves are definitely helped by some very fancy (some might say tricky) camera work — lots of panning shots and shaking and ghostly after-effects — which lead me to believe that the choreography is actually pretty basic. Which is fine. I get it. They’re old now. Their bodies don’t move like they used to. At least they’re doing something. Britney Spears just stands there while other people dance around her and occasionally carry her from one part of the stage to another. She doesn’t even really lip-synch at this point, just sort of moves her jaw around like she’s trying to get peanut butter off the roof of her mouth. But, again, I digress. This isn’t about Britney. It’s about the Backstreet Boys and this video, which, despite all its problems I actually kind of sort of really like. Oh god! I don’t know. I also feel like this video (and this song) has been done so many times before that it isn’t remotely necessary. But since when is enjoyment about necessity. Except that pleasure is a necessity, even if it is derivative. Like I said in the beginning, I don’t know how to feel about this whole thing. All I know is, I kind of definitely want to watch this video some more, so I’m re-embedding it here. You’re welcome.