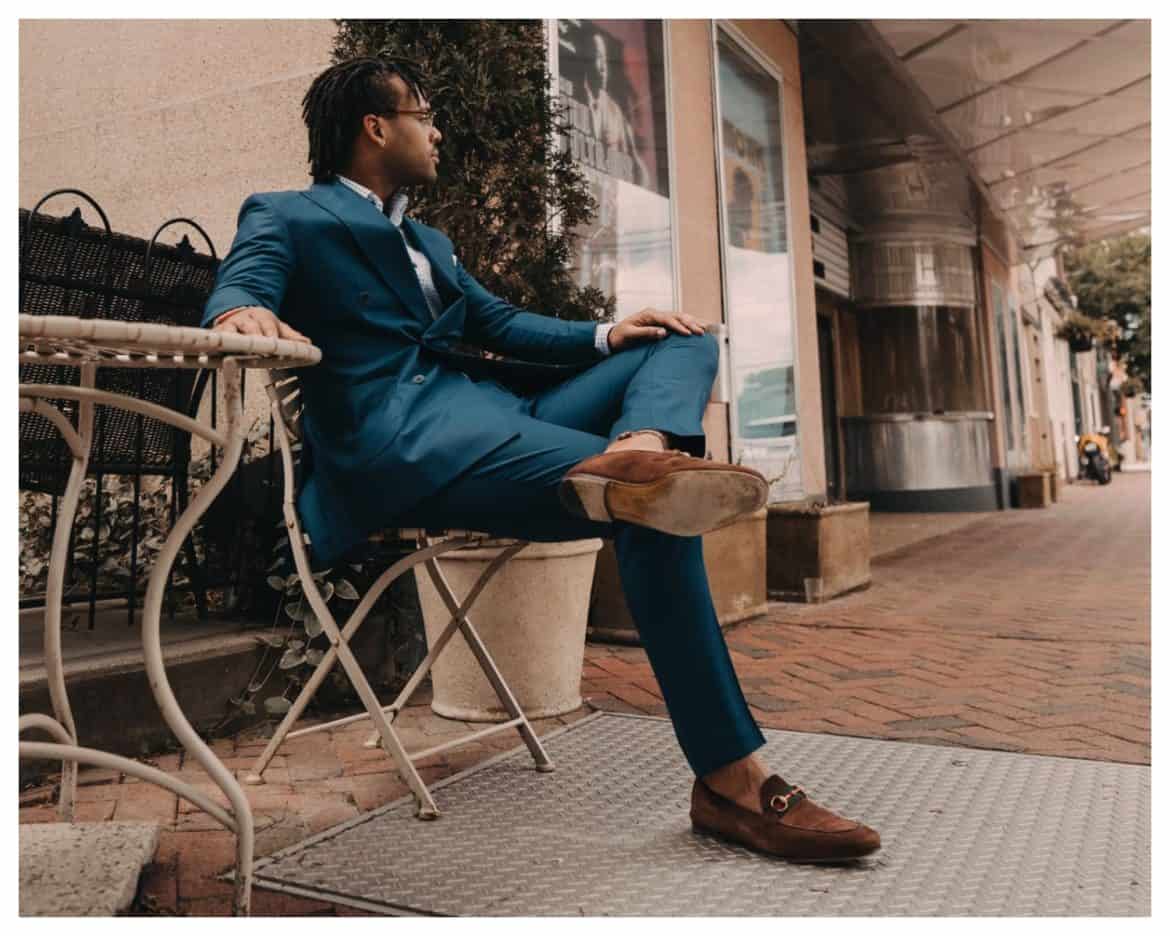 Dallas of America is crooning to the masses while spreading his ministry of love and paying tribute to Orisha Oshun, the African Goddess of fresh water, love, fertility, and sacred feminine power. Dallas of America set the scene for love in the music video for his debut single, ‘Honeymoon.’ The song is romantic and energetic, allowing the musical artist to showcase his voice and let the dancers continue without skipping a beat. As demonstrated in his first single, Dallas of America practices a unique, genre-blending style when creating his music, taking cues from gospel, rock n’ roll, R&B, dance, and afrobeat. His music video uses some of the more notable, artistic, and romantic venues around Richmond, Virginia, where he currently resides. These notorious venues include Cities Bar & Grill, The Hippodrome Theatre, Historic Jackson Ward, and various mural locations around the city. Scenes are also filmed at the James River depicting traditional Orisha worship of Oshun. Further complimenting the romantic theme, Dallas of America brought in Boris and Anita of Richmond’s “Salsa with Boris” to show the intimacy of the dance. There is an underlying theme throughout the song and video: you must sow love to reap love. That is why there is such an intimate depiction of worshiping the Goddess Oshun in the video.

Simple, Elegant, and Timeless Fashion Interpretation
The nostalgic effect offered by the contrast of black and white creates a more classic mood for the entire video. Even more importantly, Dallas of America is featured in a double-breasted suit by Nyoni Couture, a boutique tailor and entrepreneur in Charlotte, North Carolina. The only way to describe the suit is sexy and tangible in taste and texture. The jacket and pants feature a pinstripe texture, which perfectly offsets the patterned dress shirt underneath. Dallas of America was the perfect contrast to the supporting actors within the music video, all clothed in white.  Cinematographer Spenser Sease is the one who took Dallas of America’s ideas and vision and turned them into reality. The intimate feel was conveyed effectively between the audio adjustments and Sease’s idea to treat the video in black and white. The entire record is meant to provide something for everyone, from the radio to date night to family gatherings to the honeymoon! Dallas of America wanted to create a song and video that spoke to the intimacy, romance, spirituality, and shared foundation between a woman and a man.

Incorporating the Orisha Worship of Oshun
Dallas of America is a shaman of African Traditional Religion. He uses the insight from his spiritual practice and reflections to communicate from the heart his ancestral revelations and lullabies. In the ‘Honeymoon’ video, he portrays the shaman ritual for Orisha Oshun. ‘Honeymoon’ calls upon the blessing of the goddess, her sweetness and goodness, for the flourishing of the sacred partnership that manifests in a committed relationship between a man and a woman. The song of praise is being lifted to the goddess of fresh water, love, fertility, and sacred feminine power.

How ‘Honeymoon’ Sets the Perfect Mood
Not only does ‘Honeymoon’ set the right mood for love and romance, the majestic crooner sees the debut single as setting the tone for his career. The talent that Dallas of America was born with is showcased along with his vision of art and the entrepreneurship he has used to advance within the music industry. Dallas of America hopes to grow in the industry. He hopes to use his voice for good by promoting healthy love, self-respect, and self-realization in society by way of art, product, and insight that people can employ and enjoy to improve the quality of life. He wants to provide the artists striving to make it big and get their debut singles heard to follow two pieces of advice: 1) respect quality control and 2) invest in ownership.

The release of the ‘Honeymoon’ single and now the music video is helping Dallas of America advance to the next stages of his career. While he plans to continue refining and vertically integrating the business, he hopes to design a way to produce and sustain generational wealth for his family and community. He plans to release some exciting and limited merchandise and determine some tour dates for the future.

A Pandemic Only Fosters Strength
Coming through a pandemic can be difficult. When others experienced breakdowns and businesses falling apart, Dallas of America used the time to work on himself. The pandemic proved to offer the time and motivation that he needed to focus on overcoming the obstacles before him, manifesting the changes that he hadn’t quite managed to make. It was the time Dallas of America needed to reflect and find the awareness needed to give birth to the new levels of purpose and commitment that were needed to fully execute his vision. In the future, Dallas of America hopes to be able to perform at the Richmond Jazz Festival. This hometown tradition has international recognition, and there is nothing more nostalgic than being the headliner for the festival—a goal that Dallas of America hopes to accomplish in his lifetime.

Social media has been a large connection between Dallas of America and his audience. He feels that social media is where society comes to connect with the world beyond their front door; he loves to be “a click away” from appreciation and the connections he can make with fans. He will always remember the first time a fan approached him. It happened shortly after the debut of ‘Honeymoon’ while at the release party. The fan came up to him and asked for a photo.  ‘Honeymoon’ is an important accomplishment for Dallas of America. Despite the trials and tribulations, he has secured effective partnerships and maintained financing throughout various development processes. Entrepreneurship and a passion have made it possible for Dallas of America to overcome and think about longevity in the business. By sharing his talent with people who admire it, the experience has been that much more special.