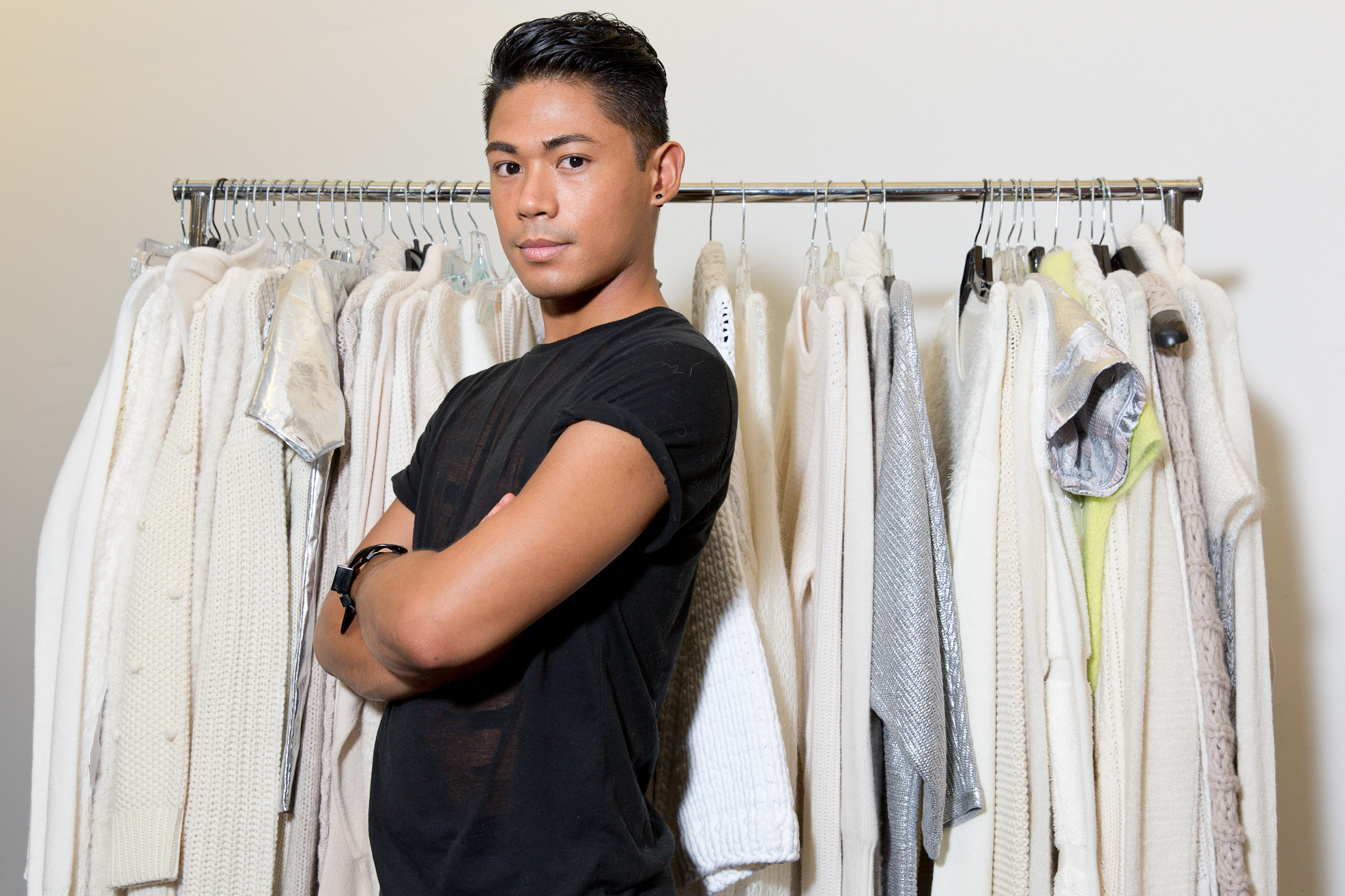 As you know from following the Assistant Files, being a top-tier assistant requires balancing workloads and perfecting the art of multi-tasking. EJ Briones brings those skills to a higher level by having twice the bosses. He tackles the schedules and various other pressing issues for InStyle‘s fashion news director Eric Wilson and fashion director Cindy Weber Cleary. Not to mention, he dabbles in bauble work for the glossy’s contributing fine jewelry and watches editor, Marion Fasel. How does this go-getting assistant extraordinaire do it all? We’ll let EJ explain.
BY DENA SILVER

Let’s start at the very beginning. Where are you from?
I grew up in Warren, New Jersey and I went to school for English literature at Holy Cross in Western Massachusetts. I didn’t know I wanted to be in fashion until after I graduated college, so I had no internship experience under my belt.

What did you want to be when you were a kid?
From kindergarten onwards, I actually wanted to be a priest. I grew out of that phase and realized I wanted to do something with writing. But not long after, I realized that I was much more of a visual person.

So how did you get your foot in the door in the industry?
I applied for an internship at MORE, and I ended up getting a position as a closet intern. After that, I did a stint for CBS’ The Early Show, where I assisted stylist Katrina Szish, who actually used to work at InStyle.

How did you end up at InStyle?
The person who hired me at MORE, Tiffany Reid, moved over to InStyle. She’s at Allure now, but back then she helped me get and internship in the accessories department. Then I became a freelancer here.

Did you freelance elsewhere besides InStyle?
I freelanced at other places too, like Russian Vogue and Cosmo, but those were very brief stints.

Now you’re full-time in the fashion department! How did you snag this gig?
The assistant that had this job before me had left, and Cindy didn’t know anyone who could fill the role. Someone recommended me for the job and to this day I don’t know who it was! But basically, I was offered the job; I didn’t interview for it at all.

How was your first week as a full-timer?
It was kind of a weird transition because I started the week of Hurricane Sandy. The office was only open for a few days, but no one was here, aside from the assistant who had this job before me. We lost a week of prep time for whichever issue we were working on; I had to reorganize everything. There was plenty to be done!

Now that you’re a bit more settled, what’s an average day like for you?
I usually come in around 9 a.m., before Cindy and Eric arrive. I open their doors, get their mail, and put it on their desks. Then I look at their schedules to see if there’s anything I need to check, like if a lunch reservation is confirmed. I usually look at their schedules before I look at mine, because I work around them. Then I work on my emails, and get started on my own stories. Throughout the day, Cindy and Eric will come in and check with me.

Is it difficult assisting two big editors at once?
They’re both very self-sufficient, but I do a lot of administrative stuff, like expenses or IT work for Cindy. Honestly, sometimes I forget I assist Eric, because he’s so independent and he does almost everything on his own. He will ask me to send out issues to a designer. I also book travel for both of them, including cars and flights for fashion weeks in Europe.

How did you become Eric’s assistant?
They kept his hire a bit of a secret for a while, although I heard through the grapevine that something was up. When he got the job, Cindy said: “Eric Wilson is coming in, and we were asked if you want to be his assistant.” Of course I accepted, as my position was meant to assist two people. In fact, I used to assist Hal Rubenstein, back when he was editor-at-large here.

What do you do for contributing editor Marion Fasel?
She deals with fine jewelry and watches, which is really fun! But it’s more in depth than ready-to-wear or accessories, because it requires guards, insurance, and a few other things. It’s really a headache getting the jewelry in here, but once it’s here, it’s really amazing.

Do you have a favorite jewelry feature to work on?
My favorite is when we do the Oscar and Grammy jewelry, because we get hundreds of millions of dollars’ worth of jewelry right after the shows. And it’s all in my office. Obviously we keep the pieces it in the safe, but during our run-throughs we have ten guards and it’s a whole production. Right after the Oscar’s we even got Lupita’s headband, so I tried it on, of course!

What’s Fashion Month like for you?
I cover the schedules for New York Fashion Week and Milan Fashion Week. I schedule for 12 editors during NYFW and six for MFW. It involves a lot of scheduling, a lot of emailing PR people, and a lot of RSVPing. It’s about making the schedules, making sure we have invites for all the shows, and making sure everyone has packets with their schedules and invites the day before. Then, somewhere towards the middle of Fashion Week, I start working on Milan schedules.

What about Paris and London?
Our other assistants do those schedules; Lauren Ciaccia does London, and Rebecca Carhart does Paris. Milan is particularly difficult though, because not only am I here to work for a full day, I have to wake up when the editors wake up in Europe. I’ve had to come into the office at 3 a.m. before. And yes, I’ve thought about whipping out a sleeping bag and calling it a day after 12 p.m. during Milan.

What’s your inbox situation like leading up to Fashion Month?
I get thousands of emails a day! When I arrive in the morning, I’ll already have 300 emails. It’s a bit of a headache.

Do you ever get to travel for work?
I once went to an international photo shoot! I was talking to Lisa Martin, our director of photography, about a shoot with Theo James and Shailene Woodley, that they were shooting in Italy. I casually mentioned that if they needed a second assistant, I was available! She thought it was a great idea, so I got to go to Positano. It was gorgeous!

Whose job on the masthead do you covet?
Our style director, Melissa Rubini’s, just because she gets to travel a lot. I also like being on set and getting the opportunity to meet a lot of people, from the photographers to the lighting people. Making connections is very important to me.

Where do you want to be in five years?
I’d really like to be a creative director at a brand. Or an author.