Gems from Amy Schumer: On Hillary Clinton, Caitlyn Jenner, and Women in Media 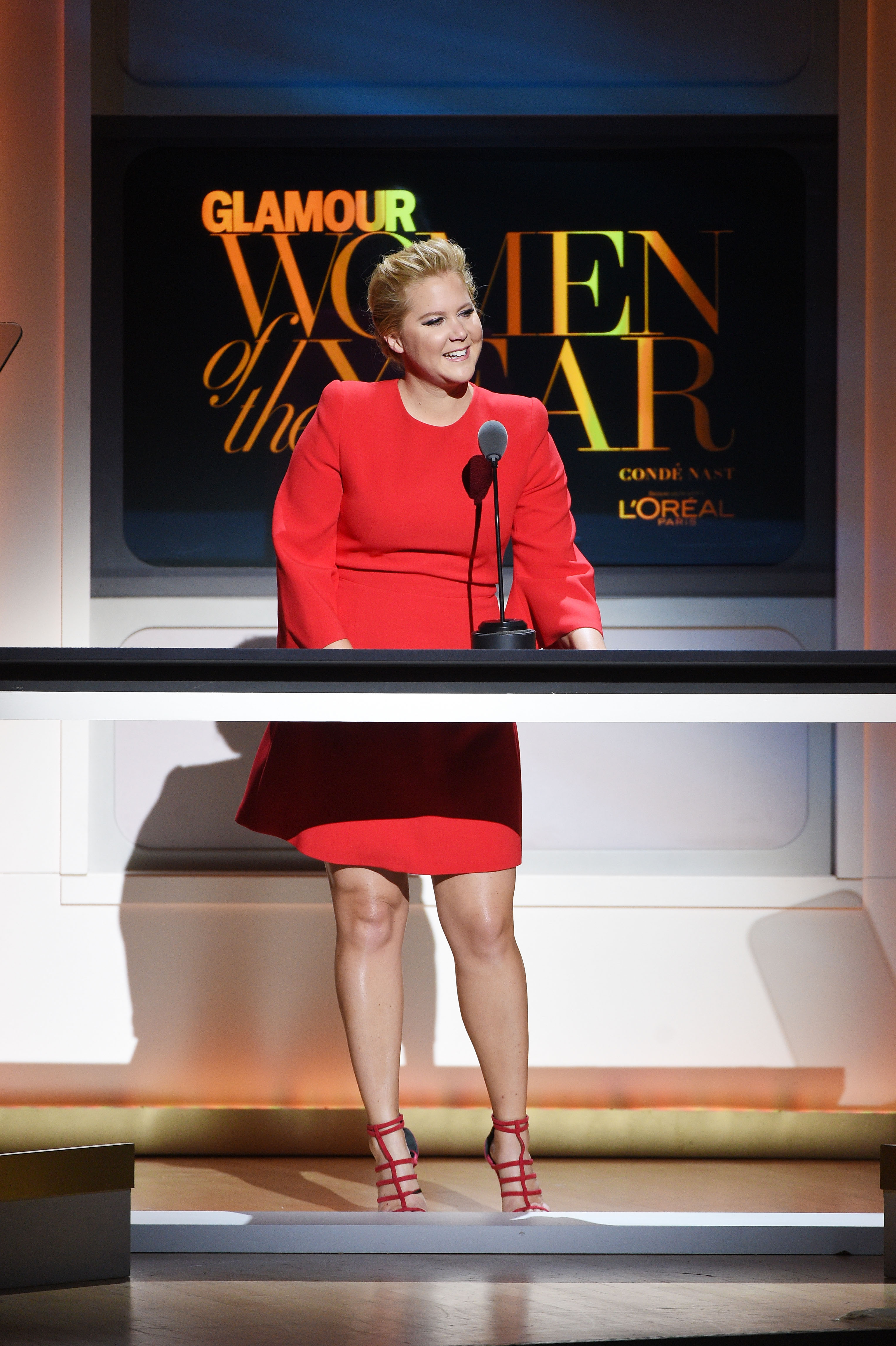 Just when The Daily thought it was impossible to love Amy Schumer even more, she goes and hosts the Women in Media and Glamour Women of the Year Awards. Her message: empowerment. Here, her best inspirational quotes…

“Hi guys, I’m national treasure Amy Schumer. It is such an honor to be here. I mean, that’s what Cindi [Leive, editor in chief of Glamour] told me right before she told me I wasn’t getting paid.”

“Please, please, take some photos. I’m wearing the shortest dress, you’re probably getting a photo of my clitoris right now.”

“Thank you Glamour for putting me on the cover, even though I am a model.”

“I’m super-famous. So I’ve been getting photographed. And then I started reading these magazines, and they’re like, ‘Who wore it better?’ In one of them, I was next to Caitlyn Jenner and Kris Jenner. And then Fergie. I wish these magazines weren’t pitting women against each other.”

“I have a real love-hate relationship with women’s magazines. These places who are supposed to be covering women, a magazine, I won’t say the name of it, Women’s Health, they have articles like ‘How to Trick Your Stomach Into Thinking You Like That Weight’ or ‘Why Does My Vagina Smell Like a Christmas Ornament?’ Huh?”

“Thank you Glamour for introducing me to so many inspirational women and new friends. I made new friends here, and a couple of enemies, but in my defense Katie Couric shouldn’t have left her cellphone unlocked next to me.”

“Hillary Clinton. Huge fan. I told her, if there’s anything I can do to help your campaign…And she was like ‘Uh…we’re good.’ But I met Madeleine Albright and we really hit it off, so you’ve got squad competition, Hillary.”

“I just got in a lot of trouble for saying on Saturday Night Live that we should be setting greater examples for young women right now, because the biggest role models we have right now are the Kardashians. We see Khloé, she just lost all of that weight, and then I felt she kind of sold out.”

“Sally Fields is here, so fuck you guys. Diane Lane, Gloooooooria Steinem. Gloria! Thank you so much, keep fighting the fight.”

“Women’s media is powerful, and we need more women. The WMC is guiding a generation of women into being media leaders. In 2014, over 85 percent of directors, producers, writers, and editors were men—the most profitable parts of the media. I hope next year we’re up here celebrating a huge jump. Fifty-fifty.”

“I really do think it’s good to lead by example. My show is the only show in the last decade that has more female writers than male writers.”

Confessions of a Victoria’s Secret Trainer