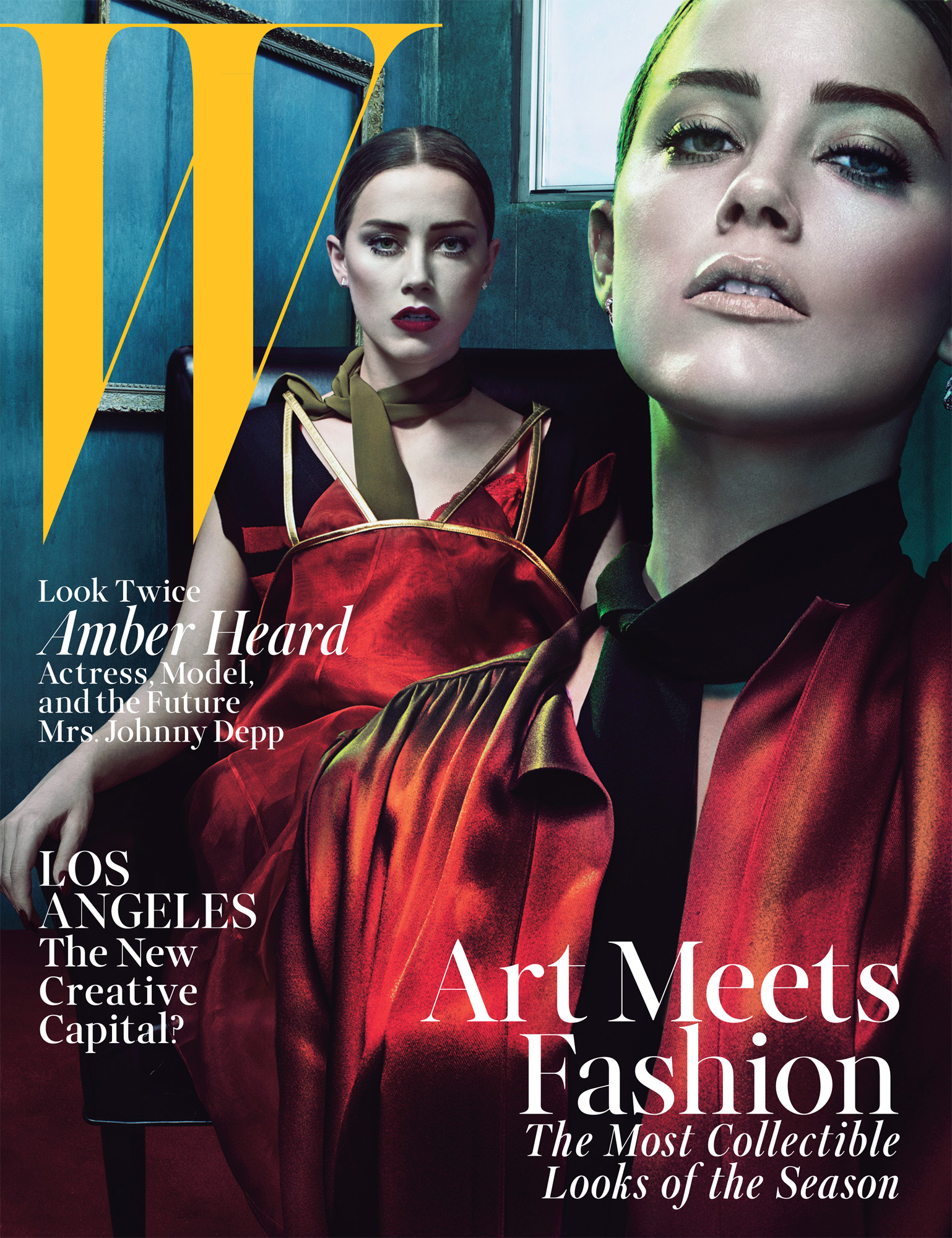 Johnny Depp‘s soon-to-be wife Amber Heard is (as they put it) “seen and heard” in the latest issue of W wearing Prada on the cover. Steven Klein shot Heard, Edward Enninful was on styling duty, and Lynn Hirschberg interviewed the starlet. Inside, she talks about her temper, saying: “Whenever my old friends meet someone I’m involved with romantically, they immediately warn them: ‘She may look refined, but when she’s angry, she can go trailer park really fast.” Sounds fun! She doesn’t seem to harbor any regrets about this, though: “But I’d always rather be passionate than bland. I can’t imagine living a quiet life,” Heard said. Originally from Austin, Texas, she wasn’t keen on sticking around the Lone Star state. “I didn’t want to be stuck there. And modeling was a way to see a much bigger world.” We’d say that decision is working out pretty well. The June/July issue of W is on stands now. 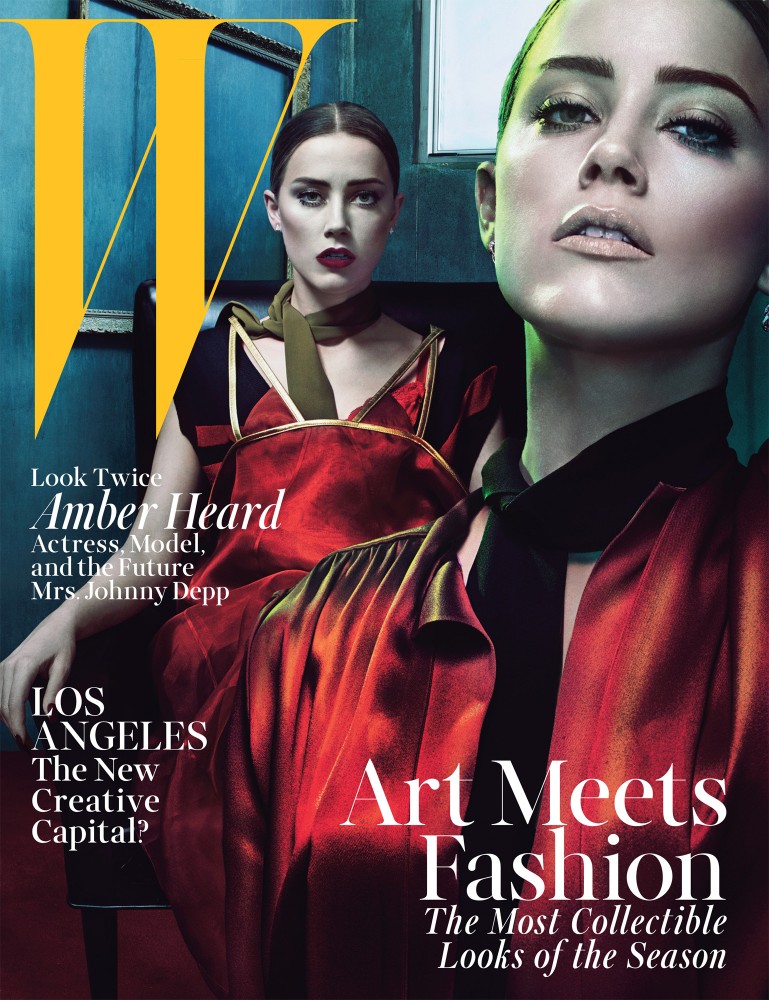