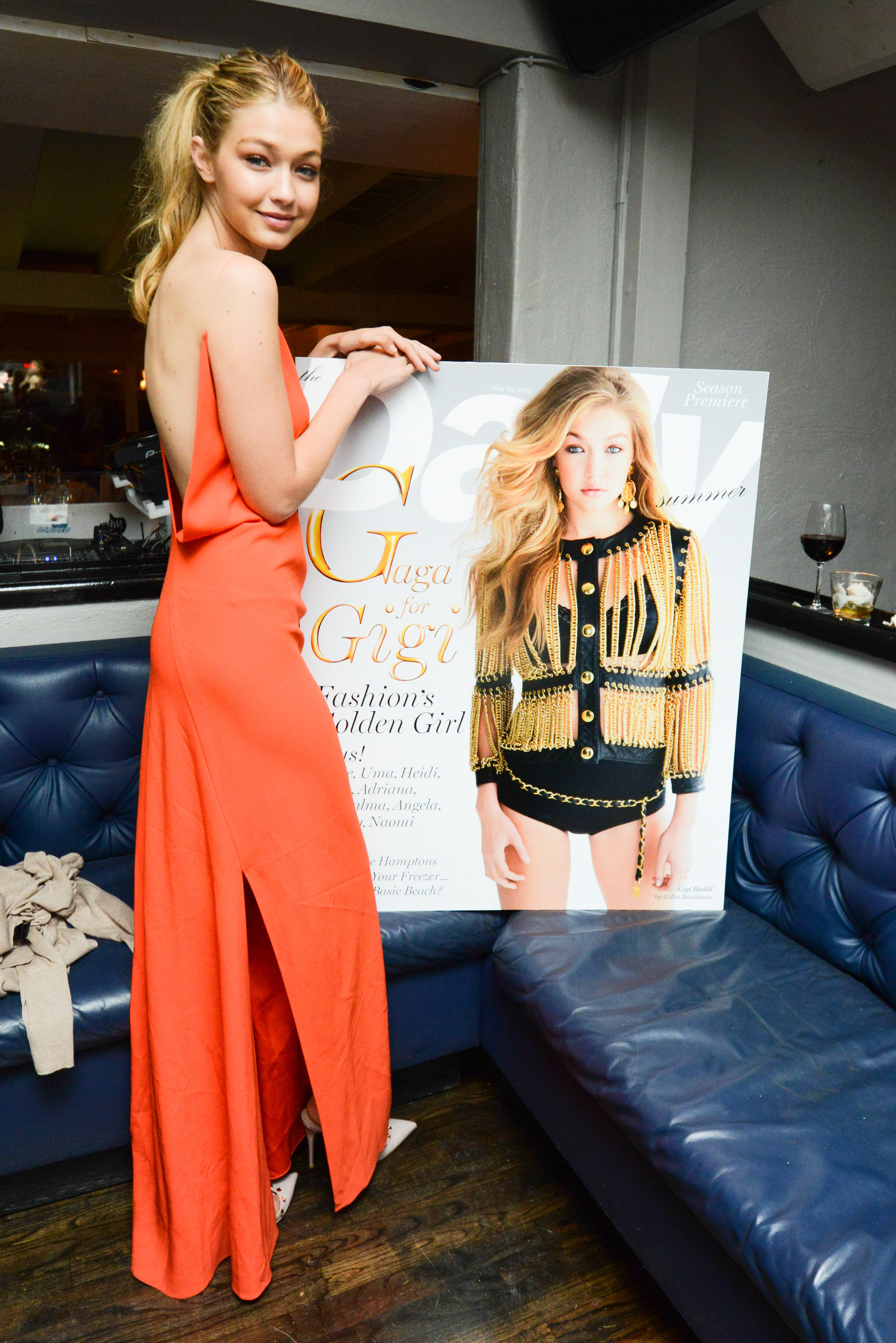 What better way to fête the official start of summer than a laid-back Hamptons dinner, right? DKNY and Hannah Bronfman had the right idea when they co-hosted a chic supper at Georgica Restaurant teamed up with The Daily to benefit the Ovarian Cancer Research Fund on Sunday night. Attendees, decked out in requisite summertime garb, included The Daily Summer’s cover girl, Gigi Hadid, who was beyond thrilled with her Daily moment. Her favorite reaction to her spread? “The fans on social media! They really loved the cover and loved sharing it; they tweeted it out before I did!” she said. Meanwhile, since we had summer on the mind, we nabbed a chat with co-host Bronfman, who dished on her weekend habits: “I definitely drink more rose on the weekends out here, for sure.” We’ll toast to that!

Others in attendance included Brendan Fallis, model Julie Henderson, and Nick Loeb. The warm weather-apropos grub included corn on the cob, fluke ceviche, salad, and chilled Evian water. Over the lengthy din, guests hopped from one table to the next, catching up on Hamptons gossip and exchanging other local tidbits. The arrival of a colorful selection of ice cream options for dessert coincided with the evening’s entertainment, which involved a raffle featuring plenty of DKNY swag and a pair of tickets to OCRF’s Super Saturday shopping event. There was also a live performance by crooner Lily Lane, and a late-night DJ set from Bronfman. Lane, whose songs have been featured on Pretty Little Liars, explained her singing style, for those who aren’t familiar with it: “It’s kind of bluesy pop, reminiscent of Amy Winehouse, but a little more current.” A chic and charitable way to kick off the start of summer. See you out East!

Gilles Bensimon on his career