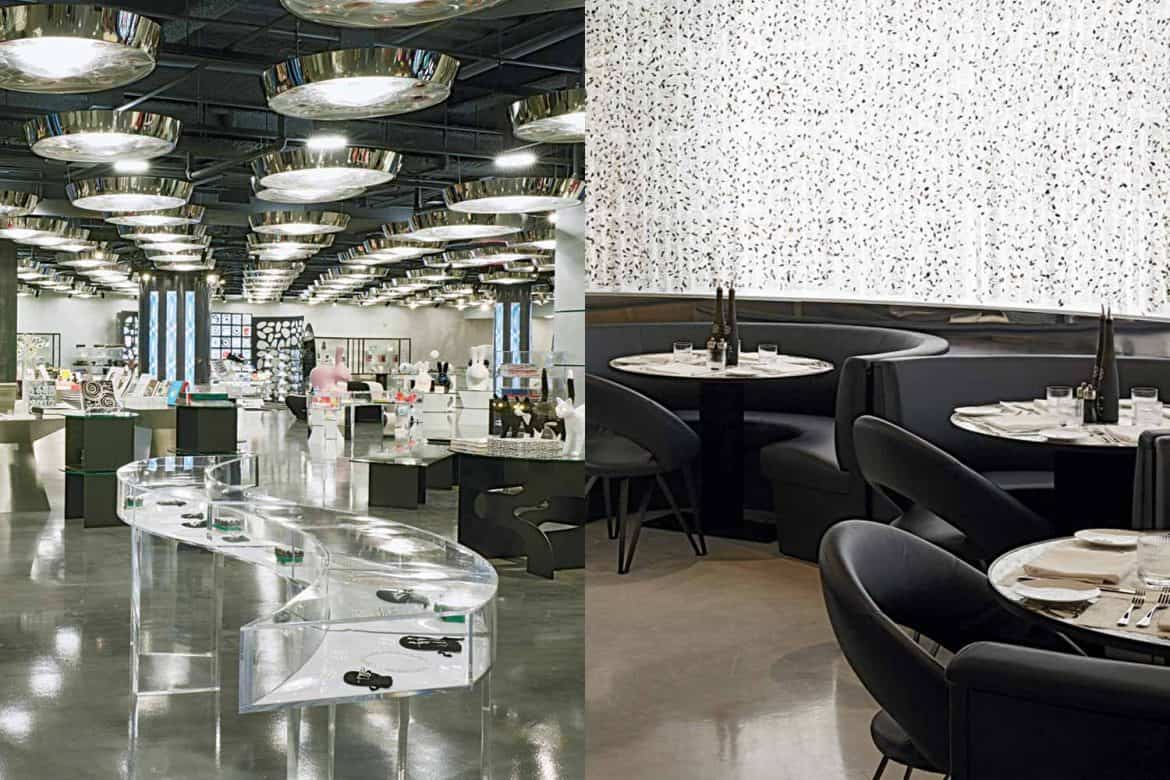 After leading the fashion charge at the likes of Harrods, Harvey Nichols, and Galeries Lafayette, Averyl Oates has returned to New York as the general manager of 10 Corso Como, which is opening this week at South Street Seaport. The charismatic Brit shows us around luxury fashion’s latest destination. 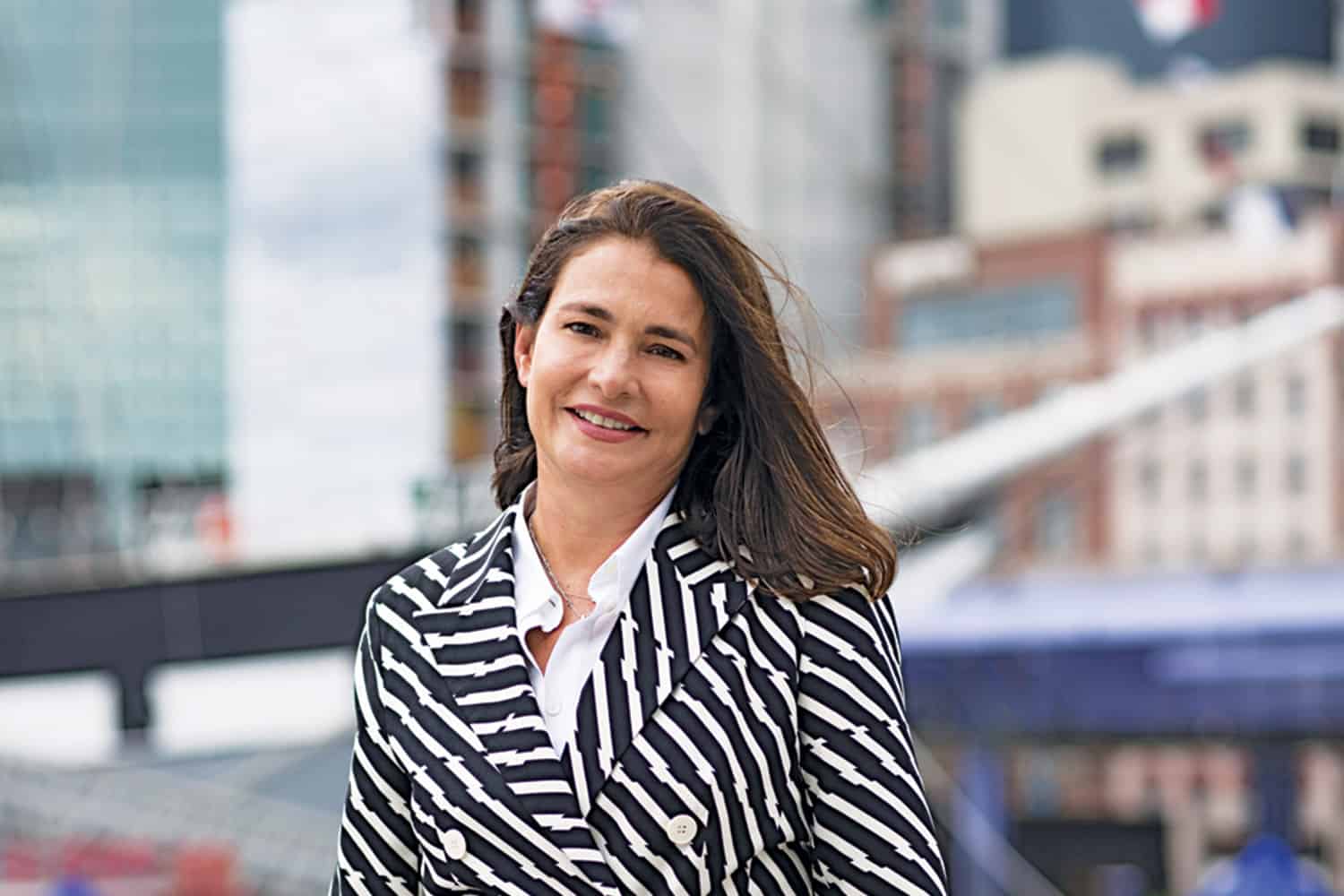 For those who have never made it to Milan, what’s the story behind 10 Corso Como?
[Founder] Carla [Sozzani] was an editor, and she wanted to create what was called a living magazine, where you could turn the pages and see the juxtaposition of different products and elements of everyday lifestyle. 10 Corso Como, which opened its first location in Milan in 1991, is a place where you go to eat, breathe, relax, have a coffee… and there’s also a bit of shopping. Carla’s in love with the whole world of art, so we’re launching with a Helmut Newton exhibition in New York. We’re also working with Flos and Seletti for light installations.

What designers will be carried in the store?
Gucci, Balenciaga, Michael Kors, Off-White, Marni, Vetements, Rick Owens, and Sies Marjan, to name a few. We’ve got 28,000 square feet in total with a 220-seat restaurant, which will focus on Italian cuisine. 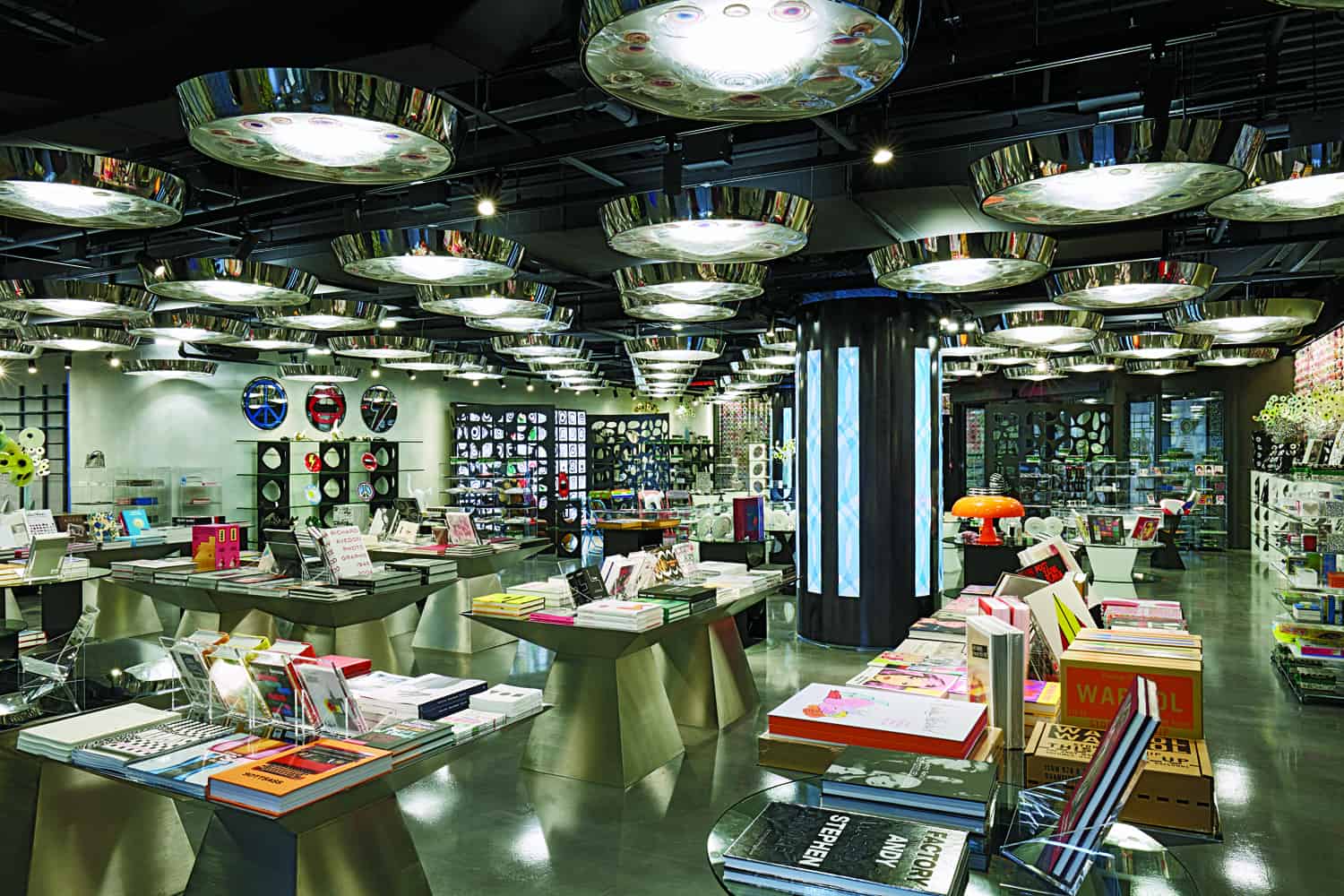 Will you carry menswear as well?
Yes; the split is about 70 percent women’s and 30 percent men’s. We’re located near Wall Street, so we want to cater to those customers outside of work. This area’s population is something like a 47 percent millennial. We’re trying to understand how we actually talk to the millennial customer and how we also talk to the Upper East Side customer who wants something different. How do you keep it relevant and also make it exclusive? What’s the edit? Otherwise, all the stores have the same things. Corso Como has always been about exclusives. That’s what we’re really trying to specialize in.

How do you differentiate yourself from the other luxury stores in the city?
I don’t believe we are in competition at all. In fact, Roopal [Patel] is coming to our opening, Linda Fargo is coming to the opening, Jeffrey [Kalinsky] is coming… Carla knows them all, of course, as we all do. We’re so small; we’re kind of a little jewel box. To see it all is going to be a big thing. I get tired of having to travel to different zones in a store!

How do you plan to drive customers into the store?
When you can shop on the Internet at home in your dressing gown with your furry slippers and your glass of wine, why would you go into a store? We have to make it experiential. Carla was the first to create a lifestyle store. Now, so many people have followed suit.

Why did you decide to open on the first day of New York Fashion Week?
Because the brand is so international, Carla really wanted to capitalize on the fact that international press will be here. We’ve also got two stores in Seoul and one in Shanghai; it’s becoming a global brand. 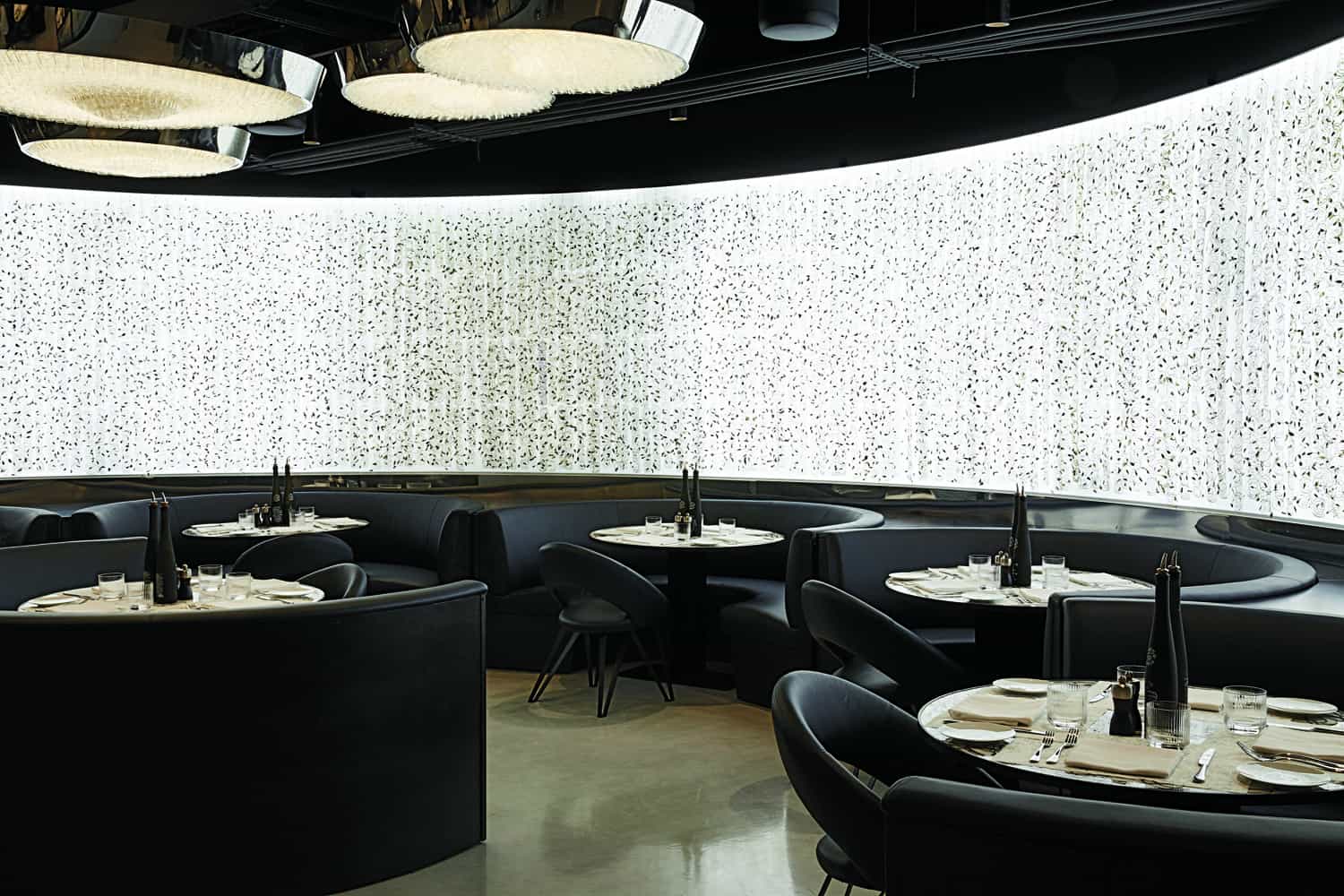 How much interaction do you and Carla have every day? |
A lot. She’s incredibly hands-on. She’s a visionary with the most incredible amount of energy. She’ll come in at 11 o’clock in the morning and work all the way through to sometimes 10 or 11 at night. Then she says, “Shall we have dinner?” and by that stage, I’m mentally in bed already. She’s passionate about it because it’s her business. I’ve learned a lot in 14 months.

Tell us about your professional background.
I suppose I’ve been known a little bit from my work at Harrods, Harvey Nichols, and Galeries Lafayette — I think I’m known as someone who’s good to take something and turn it around. Harrods didn’t really have a fashion reputation or name at all. I worked there for four years, creating a fashion lab. Loved it! Then I was headhunted by Harvey Nichols, which was a dream job. I was there for eight years as buying director, and I loved every minute of it. Then I was approached by Galeries Lafayette. I deliberated a lot about working with the French and in such a huge environment. If I told you the millions that they did under those roofs, you would fall off your chair!

What will your day-to-day responsibilities be at 10 Corso Como, once the doors are opened?
Opening the store is our focus. The next step is making this into a bigger business: e-commerce, click and  collect… the natural tangents that you’d see in any retail business expansion. [Real estate development company] Howard Hughes is a $5.5 billion property asset company. They’ve got opportunities for us to actually take this model and go stateside with it. But I think there’s a lot to do with mentoring New York first. 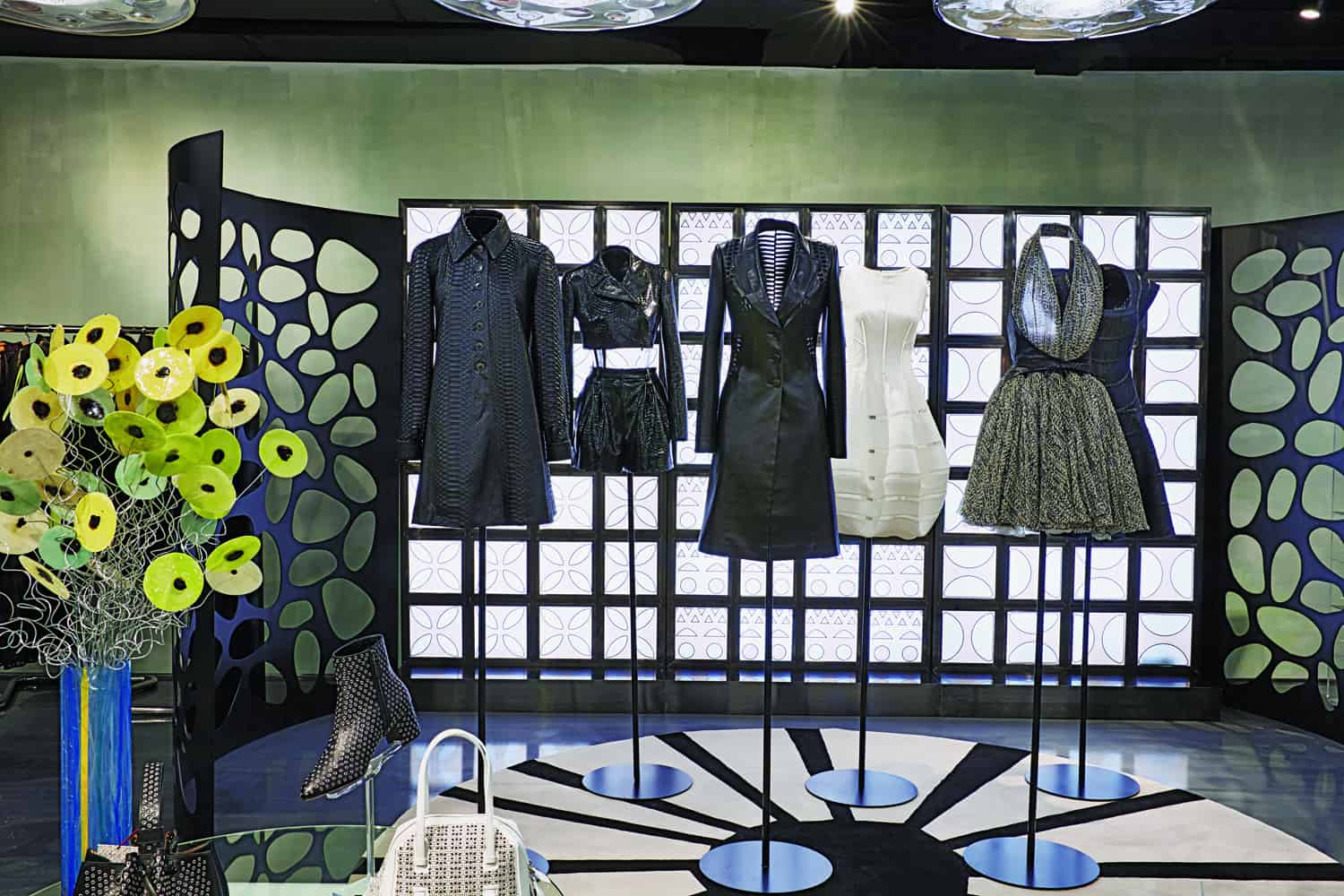 Will you go to shows this season?
Yes, we will! We’ll be here until September 27th, and then we’ll head straight to Milan and Paris.

What do you think about the state of the fashion world these days?
I’m not afraid to say that it’s about the next generation and putting a different spin on the industry. It’s a revolving door on the designer front. If we’re getting confused, the customers must be getting confused. I’m convinced that there are some people out there who think Chloé is a real girl who still exists today! There’s so much going on that you need to be extra nimble. Working with the next generation, and hiring people who challenge your thought process, is the most important thing we can do — they’re going to be the next shoppers, after all!

What’s it like to be back in New York?
It’s so exciting! Of course, I miss London, but I miss my friends there more than anything else. My boyfriend is here — that helps a lot.

Because we’re at South Street Seaport, which used to be a fish market, what’s your favorite kind of fish?
I’m the biggest fish person. In fact, I don’t really eat that much meat. Throw me in the direction of fish, and I’m all over it like a bad rash!