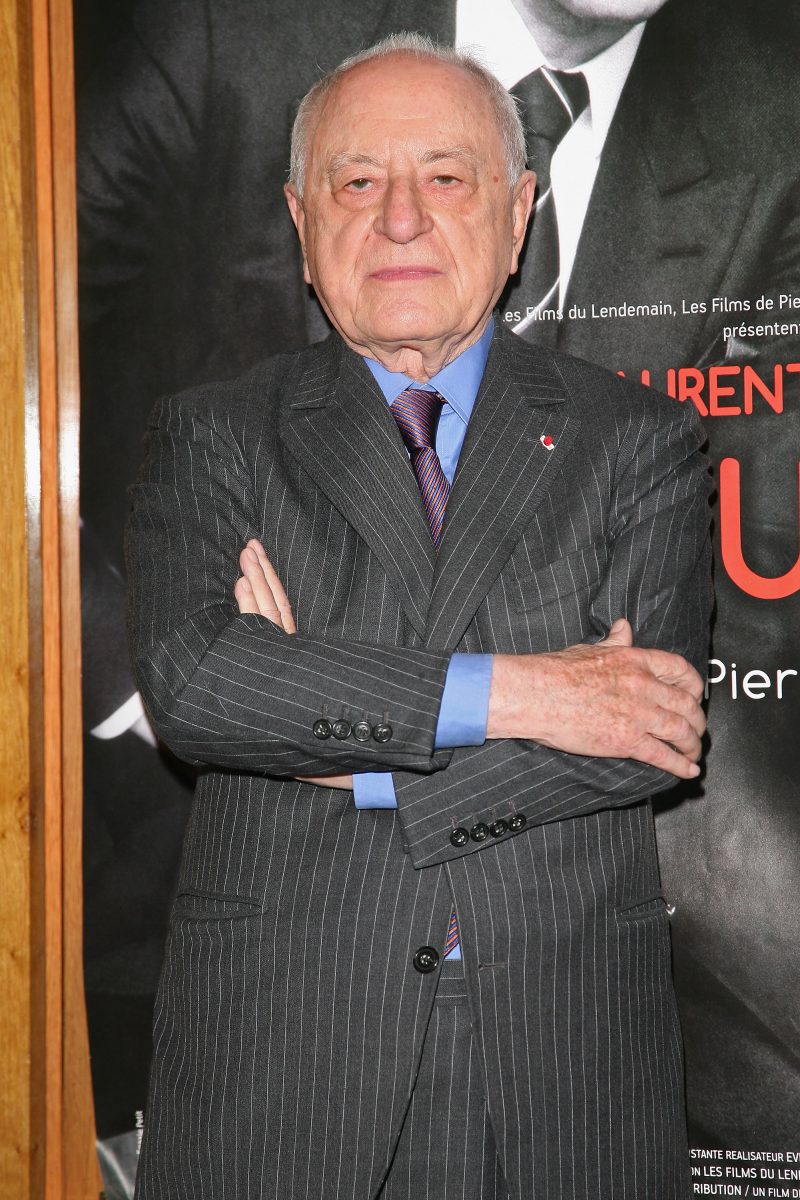 Pierre Bergé, Yves Saint Laurent’s former partner in love and business, has passed away at the age of 86 in Saint-Rémy-de-Provence, France after a long illness. Bergé and Saint Laurent had not been a couple since the ’70s, but at the designer’s funeral Bergé said, “The divorce was inevitable, but the love never stopped.” This past May, Bergé had just exchanged vows with his partner Madison Cox, a celebrity gardener and vice president of the Fondation Pierre Bergé-Yves Saint Laurent and director of the Jardin Marjorelle. A new 43,000-square-foot Yves Saint Laurent Museum in Marrakesh will open October 14 just steps from the Jardin Marjorelle, almost 50 years after Saint Laurent’s first visit to Morocco. And in Paris on October 3, a retrospective in which Bergé had personally selected 5,000 pieces of archival clothing and 100,000 sketches will be on display at the Musée Yves Saint Laurent Paris on 5 avenue Marceau, where Saint Laurent created his maison in 1974.

“It is with great emotion that I learn of the death of Pierre Bergé, a person integral to the history of the House of Yves Saint Laurent,” said François Henri-Pinault in a statement. “I will always remember him as a man instilled with a fertile tension between avant-gardism and the will to work relentlessly to inscribe creation in history. From the outset, he wished to preserve all the archives of Yves Saint Laurent’s work; an inestimable patrimony that will soon be made available for the public the world over to see in exceptional museums. This man who has just left us was a great cultural figure, and a man with convictions he fought tirelessly to uphold. Pierre Bergé was at the same time a visionary precursor, a great patron, a creative and passionate businessman and a defender of noble and universal causes. He was a tireless patron of young creation, notably through the Andam Association (Association Nationale des Arts de la Mode) he had created – he was also a generous patron of heritage. A man I deeply respect.”

“Mr. Pierre Bergé was always ahead of his time. He believed in the power of creativity. He believed that art, fashion and culture could change lives and the way we live. Mr. Yves Saint Laurent and Mr. Bergé founded the eponymous Maison with creativity at the heart of the house. Creativity is fundamental and believing in it is the key to success. Mr. Pierre Bergé was an inspiration for me. He trusted his instincts. He fought for what he believed in. He stayed true to himself being the founder and supporter of incredible cultural and educational activities. This extraordinary heritage is the DNA of the Maison and we are honored and thankful to have the chance to bring his values and his spirit into the future. My thoughts are with his closest friends and family,” added Francesca Bellettini, president and CEO of Yves Saint Laurent.

While Bergé was most prominently known globally for his role in the house of Yves Saint Laurent, in France he was considered one of the most powerful figures in politics and culture. He was a great advocate of French president Emmanuel Macron, having helped elect him to office. Today President Macron tweeted, “He was on the side of the artists, the oppressed, and minorities. In Pierre Bergé a guide, an activist, disappeared; a memory of the century.” In Town & Country‘s September issue, an in-depth feature on Bergé by James McAuley detailed his influence in France’s left-leaning politics despite his role in the upper echelons of French society. Among many life accomplishments, he was known for having served on the board of every important French cultural institution, was highly influential in reelecting former French president François Mitterrand in 1988, and helped save France’s left-leaning newspaper of record, Le Monde, in 2010.

“It is with a deep emotion that I have learned of Pierre Bergé’s passing, he welcomed me with kindness since my first day at Saint Laurent,” said Anthony Vaccarello, artistic director of Yves Saint Laurent, in a statement. “His advice and his support have always guided me. I am infinitely sad that he will not be able to attend the opening of the two museums in Paris and Marrakech that he cared about so much. A great figure in french culture has left us.”