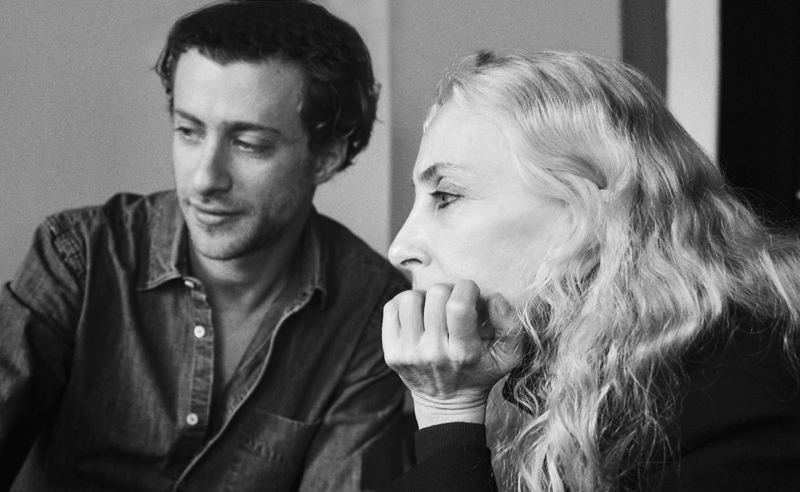 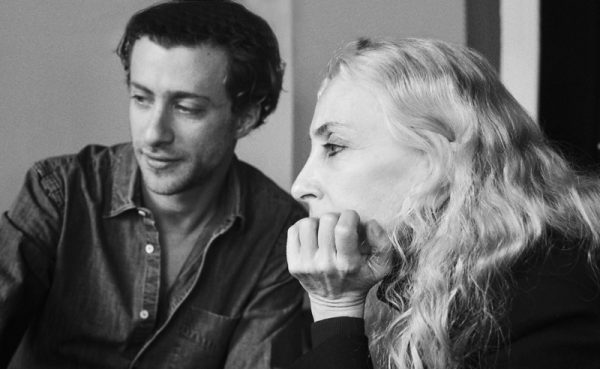 As an accomplished photographer and director, Francesco Carrozzini has long been a fixture in the fashion world. But he became a bona fide obsession upon the release of Franca: Chaos and Creation, a brilliant documentary about his mother, the late Franca Sozzani. Now, the hautest Italian multi-hyphenate is set to direct his first feature film…and plan his wedding!

What’s the story with your new film?
Once I finished the documentary on my mother, I realized I had always wanted to be a filmmaker. I didn’t have to deal with egomaniac actors or bad weather because it was a documentary, but I did have to deal with strong emotions—the movie is ultimately the bridge between the deaths of my parents. I met an agent at William Morris Endeavor [WME] who represents writer/directors. He told me to develop material I like, and that we would auction it off and develop it. Soon after that, I met with his wife, who’s an agent in WME’s literary department, and she gave me a few books and scripts, including [Jo Nesbø’s] Midnight Sun. It’s about a man who goes through the end of the world, which is sort of how I felt when my mother was dying. I just wanted to disappear for a bit. I related in a lot of other ways to this character, too. So we’re going to Norway on September 14 to scout locations and start writing!

Does it feel strange to leave the fashion industry behind?
[Laughs] Not anymore. Despite the fact that my first movie was about my mother, who is a fashion icon, I eventually got to a point where I felt like I was just making a movie. I’ll still shoot [fashion] pictures if I have to, but I’m not chasing that right now.

What did you learn about your mom through the process of making the documentary?
I learned a lot about parenting—parents don’t have to be perfect. I made the mistake of thinking they had to be with my dad, who died five years before my mom did. But they’re human, with their own careers, ideas, and ways of living. I can’t change the fact that my parents got divorced, but I can change certain things about my own life. The movie got me more into my own skin.

How did the rest of your family react to the film?
Now, they see it as a gift, because it’s what we have to remember her by. There are a million initiatives that I’m working on—we’re creating a book about my mother with Assouline, and at the Venice International Film Festival this month, we presented the first Franca Sozzani Award to Julianne Moore. All these things continue her memory, but the only way we can all get my mother back for an hour and 20 minutes is by watching this film. When my kids turn 5 or 6, I can say, “Hey, this was your grandma.”

What did your mother pass on to you that you will always cherish?
Balls. She had really big balls. She was very determined and restless—in a good way—and always pursued what she wanted and believed in. The more I spent time with her, the more I realized she was a tough woman, but for the people whom she loved and respected, she was really there. These are the things that are valuable in the end—being a good friend, being determined, being ethically clean. She worked her ass off.

What was the first documentary you ever made?
I made a documentary about a theater company in Poland that was presented at a film festival there. My mom showed up at the premiere as a surprise. It was more of an “I did that” project, but looking back I’m glad I did, because it’s a place I spent time in that I never would have.

How do you differentiate yourself as a feature film director from a fashion photographer?
It’s tough! I try to be like a general doctor. If I knew I could just make film after film after film, while also making a living out of it, I wouldn’t do anything else. Films don’t make money until years later, especially for directors who work for passion and love, so I have to do other things. I’m trying to bring video into print. I did a shoot for Zegna with Robert De Niro and it came with a little film, and Apple hired me to do this Apple Music series for them. But I can’t overlook the immediacy of photography. Sometimes film gets a little frustrating. I love alternating.

You recently collaborated with Jay-Z. Discuss!
I was in L.A. one night and my music video commissioner called me and said Jay-Z is taking meetings with a few directors. I got to the studio at 8:30 p.m. and he was there—he played some music from his new album and asked what I thought. He said he didn’t believe in music videos. He wanted every piece that came with this album to be a take on film using his music. It was kind of like an art film that showed what the experience of being hurt in love feels like, with reconciliation in the end. He got Lupita Nyong’o involved. Working with her was amazing, too. This is why I still have to be in L.A.—the opportunities.

You just put your L.A. house on the market. Why?
The house was bought with the sense I was going to be an Angeleno forever. It was going to be my dream home. I was seeing myself as an old man, going from L.A. to Portofino [in Italy] and living in places where there is always sun. Then, I met my fiancée, [Bee Shaffer] who’s a true, hard-core New Yorker who hates L.A. and thinks it’s for dumb people. [Laughs] So I decided to relocate, although I will go back to L.A. a lot. It was just too big of a house to keep as a week-a-month home. I’m going to rent for a little bit, but I might get a small place at some point.

What will you miss most about living in L.A.?
L.A. has given me a lot. I moved there in 2014. I was getting really serious into the edit of my first film. I was directing music videos. It was just a moment when a lot of film work really started for me. And it’s a city that has given me two amazing years of life. I went surfing. I went hiking. I drove up the coast. California is the best place ever. But it has its own limitations—it’s far, the culture is opposite of New York, and I’m not marrying anyone in L.A. [Laughs]

Congrats on your engagement! Are you heavy into the wedding planning stages?
Yes! I think we’ll get married next summer. We haven’t picked a date yet, but yes.

How did you two meet?
We met many years ago. Our mothers knew each other. We had each other’s numbers. When I moved to New York, her mom thought it was polite to invite me to get to know her kids. We met again at The Met last year, flirted a little…and the rest is history!

And this past year you walked The Met Gala red carpet together!
We did! You know, it’s been a strange year. A little bit over a year ago, I was a single guy living in L.A. and my mom was dying. Now, I don’t have my mom anymore, I’m getting married, I moved cities. My life literally took a 180°, a 360°, and then a 180° again. I still have a hard time thinking back at all that happened—her [Bee], my mom, the movie—but strangely I think everything happened in a perfect way. For my mom, it was very important that I found someone, and she knew I did, really right away. I think it’s one of the things that gave her peace.

What is it about Bee?
She’s the only person whom I argue or disagree with and would never think it would be the end of anything. This is the first time I know that, and I think that’s why I’m ready to get married. I’ve always been in situations where I couldn’t wait for it to be over because it just wasn’t working. But we’re laughing partners. Honestly, what I like about us is that we’re best friends more than anything else. It makes things simpler. We started as lovers, but became best friends right away.

What’s Anna Wintour like as a mother-in-law-to-be?
Everyone who looks at me goes, “This guy had Franca as his mother and Anna is his mother-in-law.” I’ve been lucky to have two very intelligent, strong women on my side.

Any hidden talents?
I’m huge into cooking. I love, love, love food. I’m in a phase where I like making new things. I’m big into experimenting. I make fresh pasta, meat, and fish of any kind. I don’t bake—I find it boring; it’s really an art form. I’m completely obsessed with the show Chef’s Table. One of my dreams is to open a restaurant—if I find someone to give me the money for it, because I don’t want to spend my own. [Laughs] I think I could make a cool spot!

Jeremy Scott on 20 Years (and Counting!) of Rocking the Fashion World