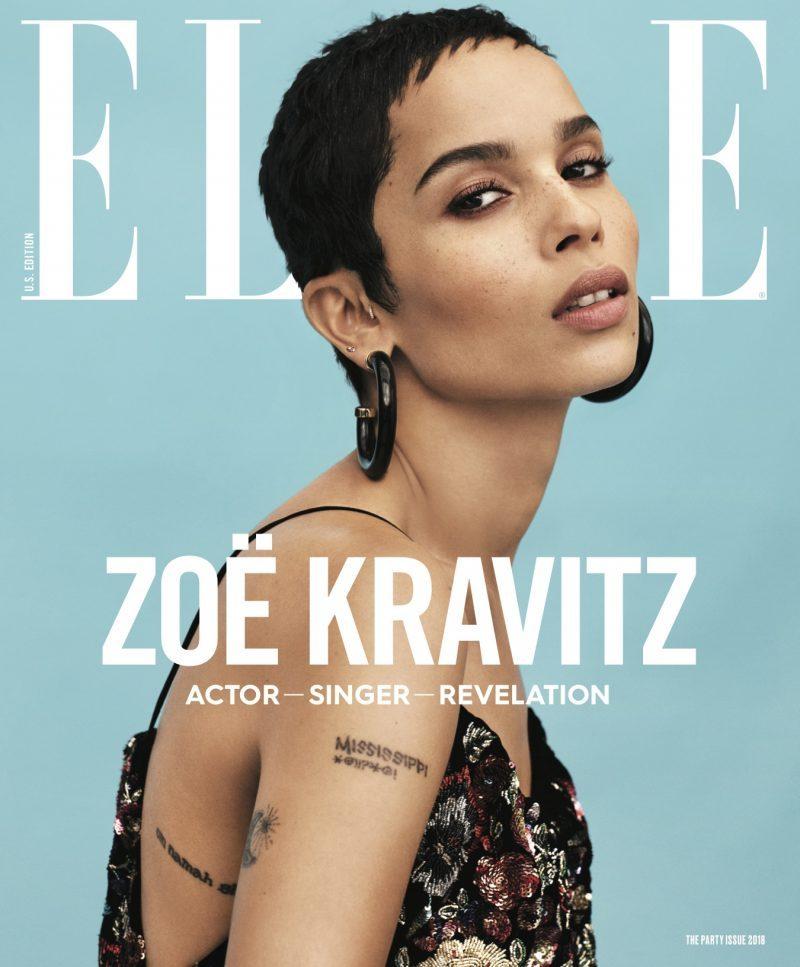 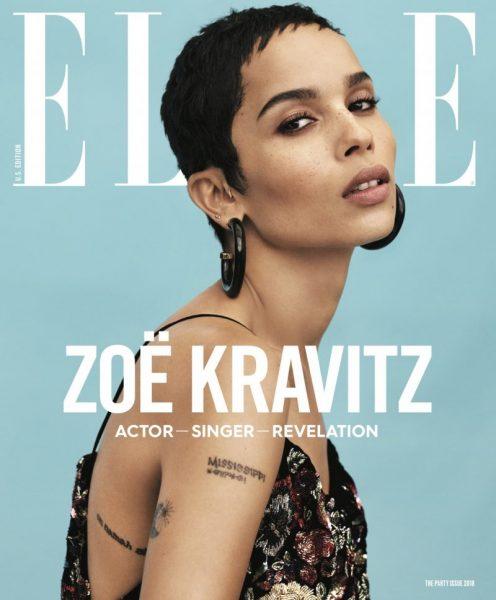 Actress—and singer—du moment Zoë Kravitz is Elle‘s latest cover star for the glossy’s January 2018 book. Lensed by Paola Kudacki, the 29-year-old beauty wears Saint Laurent by Anthony Vaccarello on the cover, and Gucci and Tom Ford in the inside photo spread. In the interview, she opens up to her friend, Janelle Monáe, about how she came to love acting, her Big Little Lies cast mates, the importance of being honest, and more. Now, Kravitz is prepping to appear opposite Johnny Depp in the sequel to the J.K Rowling adaption Fantastic Beasts: The Crimes of Grindelwald. Peruse highlights from her interview below, and click HERE to read the full story.

On how she fell in love with film: “I didn’t grow up with television. We had a TV, but it wasn’t connected to anything except for a VCR. My mom [Lisa Bonet] would go to the video store, and I was allowed to watch one movie a weekend. I was an only child, and your imagination goes crazy. These films kind of became my friends.”

On her Big Little Lies cast mates: “I said, Wait, I’m getting to work with whom? When? Women like Laura [Dern] and Nicole [Kidman] and Reese [Witherspoon], I’ve grown up watching them, and to me they’re, just untouchable. …They were so encouraging. When those women are in your corner, it gives you a little pep in your step.”

On how fashion inspires her acting roles: “For me, clothes are a gateway to characters. I watch Audrey Hepburn movies and I want to do my makeup like that. I watch Stand by Me and I think, I want to look like a boy.”

On the importance of being honest: “It’s good to be polite, but it’s important to be honest. There’s a difference between saying hurtful things and saying, ‘This may be a little uncomfortable, but no.’ Or ‘Please remove your hand from my lower back’ or ‘You made a weird joke. Why did you make that joke?’”