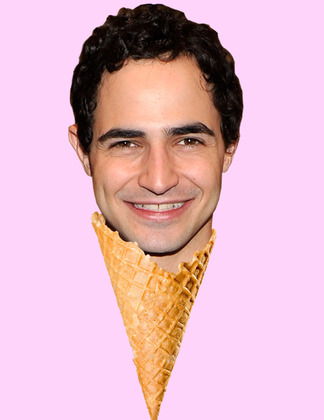 Is Magnum Ice Cream the chicest dessert company du jour? If their latest collabs are any indication, the frozen treats brand is quite sweet on the fashion world. Having already collaborated with Karl Lagerfeld on a series of commercials, they’re now pairing up with Zac Posen. And my, do they have expensive taste: Posen created a one-of-a-kind, 24-karat gilded gown to promote Magnum’s new gold-hued ice cream bar, but only the crème de la crème will be able to don this design. The price? A mere $1 million. The dress will be unveiled in a short film by director Jon Cassar, starring Joe Manganiello and Caroline Correa. The film will debut at the Tribeca Film Festival on April 18th. In the meantime, take a chic peek of Posen’s sketches over at PeopleStyleWatch. Delish!