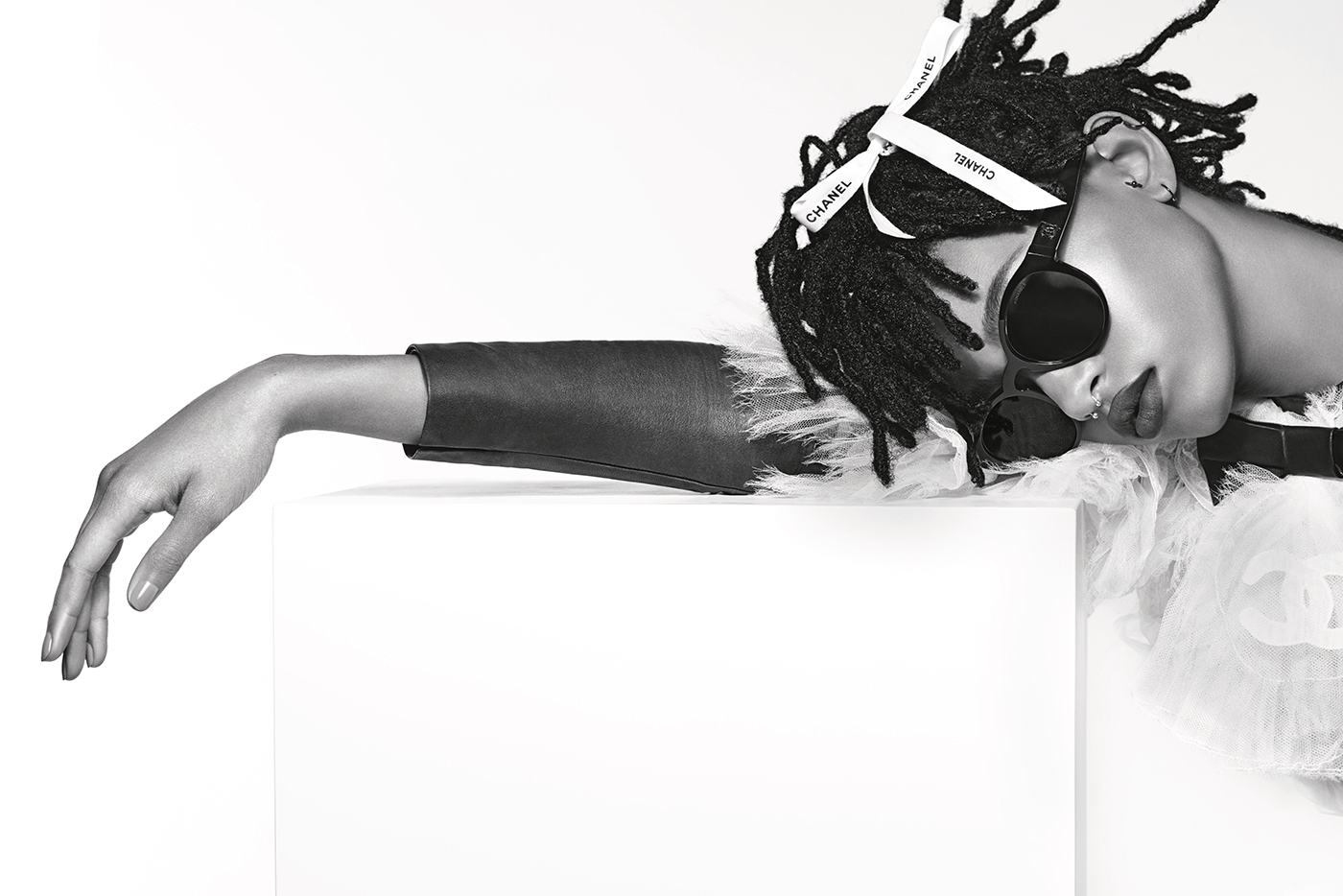 Willow Smith might just be the coolest 15-year-old on our radar. Karl Lagerfeld has tapped the teen, a.k.a. his latest muse, to front Chanel’s Fall-Winter 2016/17 black-and-white eyewear campaign. The singer and actress was brought into the Chanel fam as an ambassador back in March, sitting front row at the fashion house’s runway shows and wearing Chanel—lots of it—to red carpet events, like the Met Gala in May.

Smith is following in the footsteps of other young, successful belles like Lily-Rose Depp, who fronted campaigns for both Chanel eyewear and fragrance, as well as Cara Delevingne, who still works with the brand despite her “retirement.”

According to a press release, Smith was selected because she’s “the embodiment of her generation’s spirit,” and her “youth and energy charmed Karl Lagerfeld…With characteristic natural poise, the younger trendsetter was instantly at ease in front of the designer’s camera. She breathes new energy into the world of Chanel eyewear.”

Lagerfeld’s “creative ” decisions are becoming more problematic as time goes on. The elegance is gone from Chanel, except for a limited haute couture creations each season. Pandering to teenagers with his choice of ” Willow ” is a more commercial decision than a creative one. Willow is a “fad.” Unfortunately, Willow’s association with Chanel only serves to make Chanel more temporary, and less eternal. Lagerfeld stated that once he completes a collection, he never looks back. However, continuity requires a respect for the past, in the here and now, in order to look ahead. In regard to the photograph of Willow, one would never know the photo was about Chanel sunglasses. The ” Chanel ribbon ” was necessary to identify the product, unfortunately.